Which Gas Pipelines Should Australia Get Rid of First?

Home » Which Gas Pipelines Should Australia Get Rid of First?

Since 2019, Australia has been the world’s largest exporter of liquefied natural gas (LNG). But, in May 2021, US LNG exports overtook Australia’s. Does this herald the turning of the tide for the gas industry? Either way, it certainly raises the question of how much longer gas pipelines in Australia will be needed.

This is especially pertinent given the rush of countries and corporations committing to net zero emissions by mid-century in the past year. 137 countries have set targets to transition away from fossil fuels. Suriname and Bhutan have already succeeded in achieving carbon neutrality. Meanwhile, Australia lacks both a net-zero target date and any serious climate change goals. To amend this international embarrassment, Australia should be seeking to dismantle its fossil fuel infrastructure. Instead, they are enlarging it through a ‘gas-led’ economic recovery.

What is a gas transmission pipeline?

Gas transmission pipelines are large, cylindrical, steel tubes that transport natural gas from one location to another. They move the fossil fuel from their extraction point to facilities for refining, processing or storage. The pipelines have large diameters. These are typically over 300mm. Their operation is conducted under high pressure to optimise the transportation of the gas.

Does Australia have pipelines?

What regulations apply to gas pipelines in Australia? 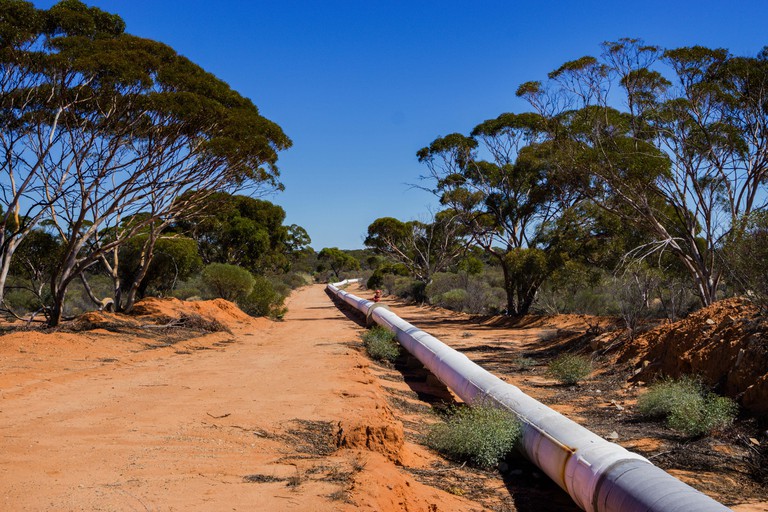 The management of the capacity of gas pipelines in Australia falls under one of two categories: market carriage and contract carriage.

Firstly, the market carriage model is where a pipeline owner makes its pipeline available to a third party independent system or market operator. They then manage pipeline capacity using a pool approach. The users of this category of pipeline capacity management do not reserve physical capacity. This is the model used for the Victorian Declared Transmission System – a significant transmission pipeline in the state of Victoria.

Secondly, the contract carriage model allocates access dependent upon contracts between the pipeline operator and the pipeline user. The specifics of access are negotiable. Terms and conditions can be firm, which means that other pipeline users cannot override the agreed access to the pipeline. Alternatively, they can be unfirm, meaning that the agreed supply can be interrupted and firm market participants take precedent. In addition, pipeline users can trade their contracted pipeline capacity on a secondary market. This model is in use throughout Australia with the exception of Victoria.

How many natural gas pipelines currently operate in Australia?

The first natural gas pipeline in Australia was completed in 1964. It connected Moonie to Brisbane, covering 306 kilometres. At the time, it was the longest high-pressure pipeline on the Oceania continent. Today, 132 natural gas pipelines are on the Australian Energy Market Commission’s (AEMC) register. Collectively, they transport all of the natural gas extracted in Australia along at least part of its journey from production to consumption.

What are the dangers of retaining and growing the existing gas pipelines in Australia?

Gas pipelines in Australia and elsewhere are at risk of a number of issues. These include “corrosion, excavation damage, incorrect operation, material/weld/equipment failure, and natural force damage”, such as cyclones. Incidence rates for pipelines are relatively rare considering the extent of pipelines globally. Nevertheless, they can be extremely destructive when they do occur.

In 2008, a faulty gas pipeline on Varanus Island in Western Australia caused a huge explosion. The blast created an 8-metre by 30-metre crater. It threw 17 kilograms of rocks into the nearby gas plant. Two other pipelines detonated less than 30 minutes later. None of the island’s 150 workers were harmed through sheer luck.

The Varanus Island incident took out 30 per cent of Western Australia’s gas supply. It took several days to extinguish the resulting fire. Seven years passed before the last legal cases were settled. It cost the state’s economy as much as AUD $3 billion.

The trigger for all of these problems was a weakened pipeline. A pipeline wall had corroded from 11mm to just 1.5mm thick. This was not a unique occurrence. Since 2001, there have been around 700 reported serious pipeline failures in the US alone. Despite their reputation for safety, gas pipelines can be extremely dangerous.

There are also serious issues with expanding gas pipelines. Building them necessitates the destruction of huge swathes of land. For example, the Dampier-to-Bunbury gas pipeline is 1,600 kilometres long.

Often pipelines cut through vital habitats for wildlife, such as forest and wilderness. The erection of the pipelines themselves can also fragment forest habitats. They can lead to a heightened risk of invasive species along pipeline right-of-ways. Constructing pipelines can mean laying them through lakes, rivers, aquifers and waterways. They endanger ecosystems and communities that rely on affected water sources. 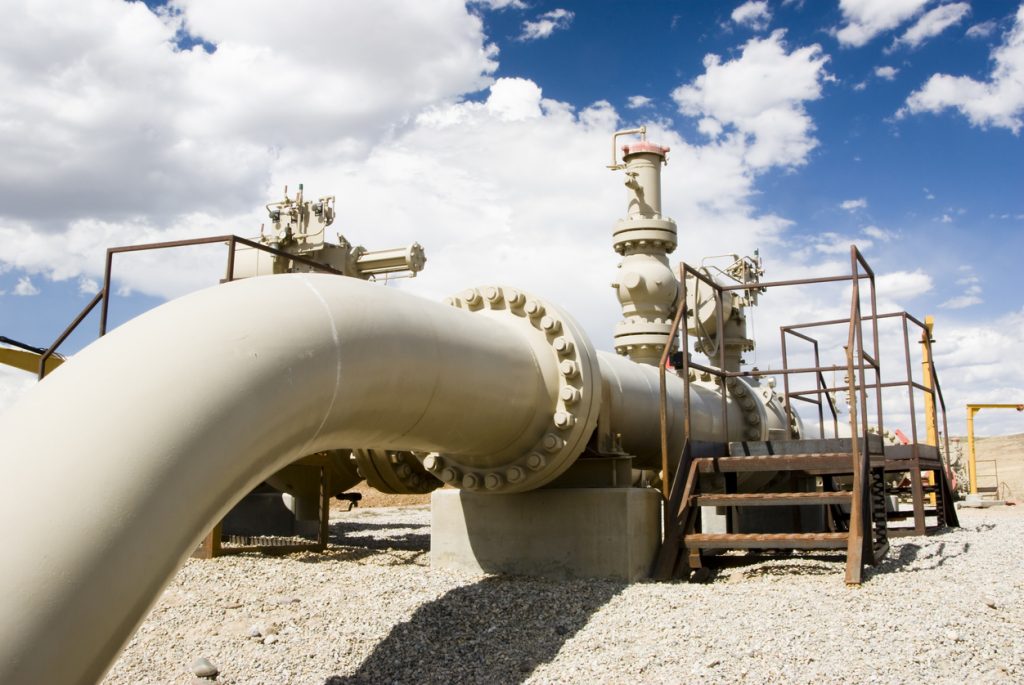 The most concerning environmental repercussion of gas pipelines in Australia is the huge quantity of methane they leak. Gas leakages of this greenhouse gas happen along the entire gas infrastructure, from wells to pipelines to stoves. Methane is the main component of natural gas. The odourless substance is also a significant contributor to climate change. It traps heat at a rate 86 times that of carbon dioxide (CO2) during its first two decades in the Earth’s atmosphere.

As such, the natural gas industry in Australia is behind an estimated 19 per cent of the country’s total recorded greenhouse gas emissions. However, the actual figure may be significantly higher. The Australian greenhouse gas accounting method has been underestimating emissions by about 10 per cent. This is predominantly due to a failure to accurately reflect the impact of methane leakages from the natural gas industry.

Retaining and growing the infrastructure of gas pipelines in Australia will have serious repercussions. Most damaging is the additional methane leaks that this will cause. The Intergovernmental Panel on Climate Change (IPCC) has said that we must limit global warming to 1.5°C above pre-industrial levels. This involves reaching net-zero CO2 emissions as soon as possible with “concurrent deep reductions in emissions of non-CO2 forcers, particularly methane”. We will miss this target if we continue to rely upon natural gas for our energy needs.

Australia has agreed to the IPCC’s climate target under the Paris Agreement. Yet, the country currently has AUD $56 billion worth of gas pipelines in development. If these projects are all completed, they would add nearly five billion tonnes of CO2 emissions to the atmosphere. That is equivalent to 33 1,000 megawatt coal-fired power plants.

What does the Australian Energy Market Commission say about the country’s future gas consumption?

The AEMC has made contradictory statements regarding the country’s future gas consumption. On one hand, it regards gas to be “critical to the nation’s energy and economic future for electricity generation as well as gas supply for manufacturing and domestic consumption”. But, conversely, it also says that the increasing uptake of small-scale solar and energy storage technologies has the “capability to benefit everyone on the grid”.

Similarly, the AEMC has said that adding more renewable energy sources to the grid will increase its efficiency. It would help lower prices for all consumers. This is unsurprising given that green energy is cheaper than fossil fuels in Australia.

Moreover, domestic gas prices have increased by over 130 per cent since 2015 when LNG exports from Gladstone, Queensland, began. Gas prices dictate electricity bills in Australia. Subsequently, electricity prices have risen substantially, despite efforts by the government to reduce them. An uptake in renewables will only have positive repercussions for Australian households.

The future of gas pipelines in Australia

Ultimately, gas pipelines in Australia pose a risk to the environment and our planet’s climate. It is no secret that they leak methane, an extremely potent greenhouse gas. Replacing natural gas with renewable energy would avoid contributing to climate change. It would also be cheaper for consumers.

Therefore, further expansion of the Australian gas pipeline infrastructure does not make sense from an environmental or an economic perspective. The average gas pipeline lifetime is 50 years. Today, investments in new pipelines risk locking our society into a dependence on fossil fuels for decades to come. With cheaper, cleaner and readily available alternatives developing every year, why would we want more dirty, expensive and dangerous natural gas?