In 2020, the International Monetary Fund said countries should aim for a green economic recovery from the COVID-19 pandemic.1 ‌But Australia has promised the least green recovery measures of the world’s richest countries.2 Australia will miss out if it does not support renewable energy companies. A green recovery would cut unemployment and raise living standards.3

What is a green recovery?

When the economy turns bad, governments have a role to play. They use stimulus measures to generate income and create jobs. A green recovery is when these measures take the environment into account.4

A vital part of this is investment in low-carbon technologies, according to the Organisation for Economic Co-operation and Development (OECD).5 ‌This investment supports companies and households to use renewable energy to make money. This would reduce greenhouse gas emissions6‌ and create jobs.7‌

What the experts say about governments’ climate change measures

This is unfortunate. In Australia, for example, renewable energy companies are ready to take over from fossil fuels.9 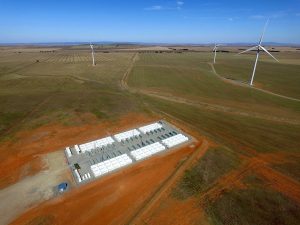 There are several renewable energy start-up companies in Australia too. They primarily focus on small energy projects for households.15 For example, Brighte focuses on home solar panels. The company gives people cheap access to this technology. On the other hand, Fulcrum3D works on big renewable energy projects. This start-up develops technology for wind and solar farms to produce accurate operational forecasts.16

What is a gas-led recovery?

A gas-led recovery promotes investment in natural gas projects. Such a plan proposes that increased use of this fuel will strengthen the economy.18

Does Australia need a gas-led recovery?

The Australian government wants a gas-led economic recovery from COVID-19. It says it will support investment in natural gas projects.19 This includes a new power plant20, new pipelines21 and more exploration.22 The plan is to replace coal plants with this fuel. The government proposes that this will provide cheap energy to Australia’s manufacturing industry. It believes this will create new jobs.23

The future of clean energy in Australia 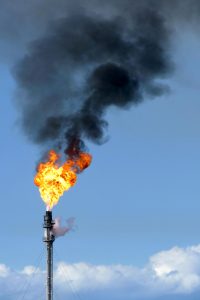 Gas use will decline over the next 20 years, according to the Australian Energy Market Operator.24 That is because big batteries to store renewable energy have replaced the need for gas.25 For this reason, many energy market stakeholders also see the government’s gas-led recovery plan as unrealistic.26 It is already cheaper to invest in renewable energy and storage technologies.27

Energy usage in households and businesses

In 2020, Australia’s largest power grid used three times more power from renewable energy than gas.28 Renewable technologies could also replace gas in industrial processes. They just need government investment.29 Energy efficiency and electrification should also be a focus. This would reduce households and businesses reliance on gas as well.30

The gas industry releases a lot of methane. This is a potent greenhouse gas.31 That is why a gas-led recovery is a danger to the climate.32 So, we should not consider gas as a transition fuel to replace coal. Instead, the government should support renewable energy companies in Australia. This makes sense for the economy and the climate.33

What is the best renewable energy source for Australia? 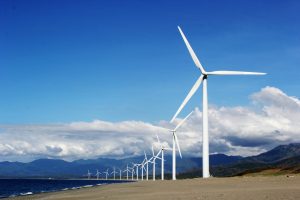 Solar and wind are already the cheapest sources of energy in Australia, according to Australia’s national science agency.34 In 2019, wind overtook hydropower as Australia’s leading clean energy source for the first time.35 More investment in these renewable energies would help Australia reach a carbon-neutral economy by 2050.36‌

The future of clean energy in Australia

The amount of clean energy that solar and wind generate is increasing faster in Australia than anywhere else in the world. However, we also need more investment in renewable energy transmission lines.37 The same is true for renewable energy storage. There is great potential for both big batteries38 and pumped hydro technology39 in Australia.

A green recovery in Australia would help renewable energy companies carry out such projects.

Are there plans for a green recovery in Australia?

Many organisations have proposed a renewable, clean energy-led recovery for Australia. The most comprehensive is the Million Jobs Plan from Australian think tank Beyond Zero Emissions. This plan is based on wind, solar and energy efficiency. It would deliver a stronger economic recovery for Australia than gas, according to former Australian Treasury economist Chris Murphy. The plan would also create about 124,000 jobs in one year.40‌

The Climate Council also put forward a plan in 2020. It aimed to replace jobs lost due to the economic downturn with clean jobs. The plan includes 15,000 new jobs in large projects run by renewable, clean energy companies.43

Australians cannot afford to miss out on these opportunities. It is time for the government to embrace renewables.