Australia’s natural gas industry has long promoted the fuel as a clean energy source. But, after many decades, the industry is likely to stop making this claim. In fact, one fossil fuel executive admitted in 2021 that the industry is “a little on the nose at the moment”. That is because it can no longer hide the true environmental price of natural gas. Not only does this industry destroy nature, but it also fuels climate change.

Methane and the climate

Before industries and households burn gas as fuel, this gas takes a long journey. First, miners extract the gas from underground. Then, gas producers process it so that it is ready to be used. Finally, these companies transport the fuel. Typically, they use pipelines to do this.

The problem is that each of these steps causes pollution. These are called fugitive emissions. For instance, methane may leak from pipes. Unfortunately, the natural gas industry in Australia does not manage these emissions well. The proof of this is the rise in the country’s fugitive emissions by 46 per cent since 2005.

The price of natural gas leaks

The gas industry claims that it is more climate-friendly than other fossil fuels. But methane leaks reduce any climate benefit is has compared to these fuels. In fact, natural gas can be worse for the climate than coal. Specifically, this would take only two to three per cent of natural gas to leak from pipes.

These methane emissions mean that Australia must limit how much gas it mines in the future. Explicitly, the gas industry must not extract more than two-thirds of Australia’s conventional gas reserves, nor should it mine any more unconventional gas. This would give the world a chance of staying below a 2°C temperature rise.

In fact, if Australia used all the gas in these reserves, this would release an incredible amount of emissions, namely, three years’ worth of global greenhouse emissions. 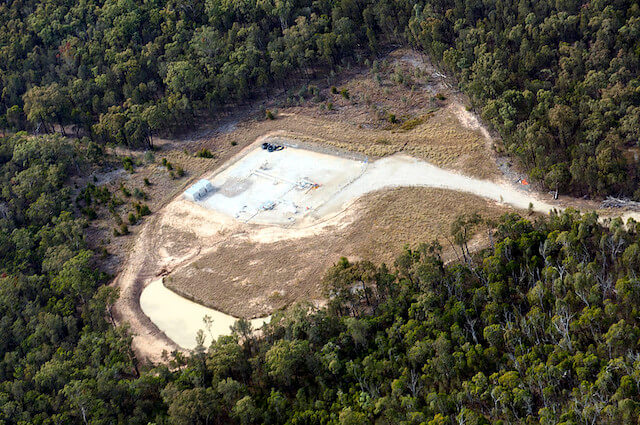 There are many ways that the natural gas industry damages the environment. For example, to drill a gas well, companies may need to clear and level the site. On top of this, drilling can produce air pollution. This impact continues when the industry builds pipelines to transport the gas. Specifically, they need to clear land to bury the pipes.

Moreover, the natural gas industry produces a lot of contaminated water. Therefore, companies must take care of this correctly. Otherwise, this can contaminate the land and water sources.

Unconventional gas and the Australian environment

Furthermore, they are often under farmland. This environmentally affects these towns and agricultural areas. Specifically, unconventional natural gas extraction causes noise and air pollution. This is caused when the gas industry uses industrial equipment in these rural areas.

There are three types of unconventional natural gas that companies extract in Australia. Namely, coal seam gas, shale gas and tight gas. The industry calls them unconventional gas because they are hard to reach. That is, miners must take extra steps to extract this gas from underground. Sometimes this involves hydraulic fracturing. Australians commonly refer to this as fracking.

The environmental price of fracking

The Climate Council describes fracking as extremely “environmentally damaging”. This refers to the process involved. Miners inject water into the ground to create cracks to release gas. But, this water is filled with sand and chemicals. Therefore, these chemicals may contaminate the surrounding land and water.

Australian farmers complain about the effects of fracking on water. First, they say it uses up the water they need for their farms. Secondly, they raise concerns about fracking chemicals leaking into groundwater.

Activist groups have protested against several potential fracking projects in Australia. That is because fragile ecosystems will pay the price of natural gas exploration, they say. For instance, Origin Energy plans to frack Queensland’s Channel Country. However, this would threaten this desert river system, say the activists. 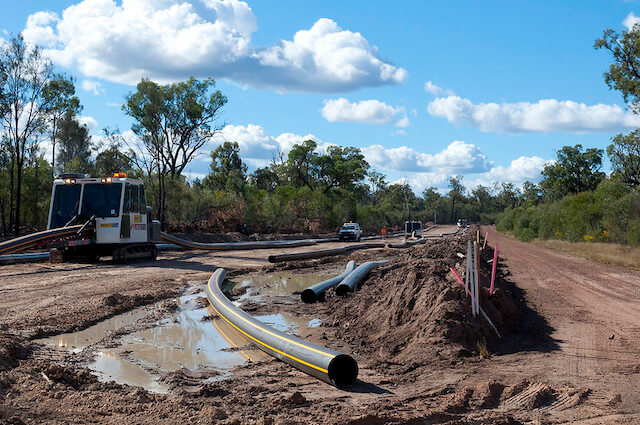 Natural gas is not environmentally friendly

Despite its name, natural gas is not an environmentally friendly fuel. This is clear from the damage it causes. Moreover, natural gas has grave consequences for the climate. Unfortunately, Australians pay the price of the natural gas industry’s actions. Therefore, the country should look to renewable energy sources. These offer a great opportunity to boost Australia’s economy. Plus, they do not damage the climate.

Find out more by reading the article “Renewable Energy Companies in Australia: A Green Recovery”.