What Are the Key Disadvantages to Solar Power?

Home » What Are the Key Disadvantages to Solar Power?

In 90 minutes, the sun offers us enough light for the entire world’s energy consumption for a year. The power of sunlight should not be underestimated. Yet, countries only started seriously investing in solar power to generate electricity a decade ago.

In Australia, more than a quarter of households now have solar panels installed on their roofs. The country has gone from being a laggard to a climate leader, says the New York Times. Even as the country’s politicians continue to invest in coal and natural gas – two fossil fuels with volatile prices – an increasing number of households are discovering the advantages of solar power.

But, some say there are problems with solar power too. In this article, we explore this type of clean, renewable energy and the advantages and problems associated with it.

What is solar energy?

The sun produces energy in the form of light. A solar power system converts that light energy into electricity. Silicon crystals built into photovoltaic (PV) solar panels react with the sunlight they receive to produce an electric current. Households can then use the generated electric current immediately as power. The electricity can also be fed into the Australian electricity grid.

In some cases, solar energy projects use mirrors to concentrate light energy into a particular area and increase solar radiation. This can only be done at a large-scale solar farm. It can also be used for industrial processes, such as melting metals for products.

Solar power systems and their durability

Solar panels are also very low maintenance once the panels are installed. In most cases, maintenance just involves annual cleaning. Some parts may need to be replaced, but that is usually quite rare. Solar panel systems on household roofs do not have moving parts, so there is a low chance of breaking parts. Repairs are rarely needed unless something heavy falls on the panels.

In fact, solar energy is so reliable that space vehicles and satellites even use solar panels as their only source of ongoing electricity. 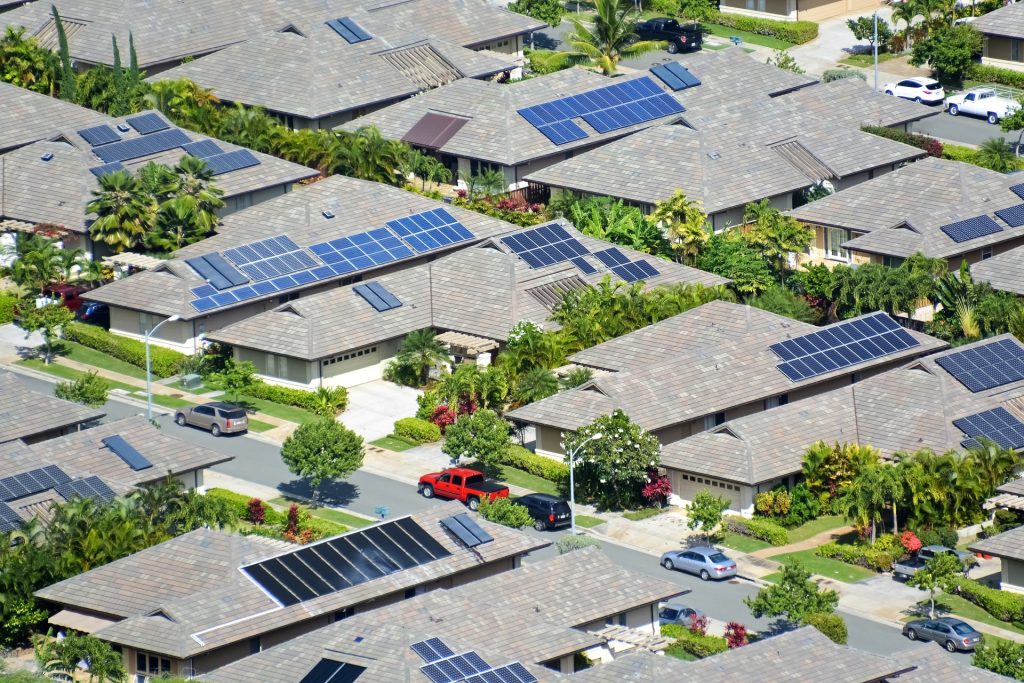 How does solar energy compare in terms of sustainability to other sources of renewable energy?

Solar power is a highly sustainable and renewable source of energy. The energy generated by the sun is far greater than what we use. Moreover, it is freely available, and using it does not diminish its availability for others. Most importantly, using solar energy does not damage the environment or create any emissions. This is in contrast to electricity generated by burning fossil fuels, such as coal or natural gas, which release carbon dioxide and methane. CO2 heats up the atmosphere and causes pollution, which damages health. However, solar power does not require fuel combustion to produce electricity.

Solar power is a stable source of energy that has the ability to power us for millions of years. It is the most abundant resource that we have. Scientists estimate that around 173,000 terawatts of solar energy are constantly hitting Earth. That is more than 10,000 times what we use every year.

Moreover, the price of solar panels has dropped by more than 80 per cent over the last decade. Companies have been able to bring down solar prices through increased efficiency in production and supply and solar panels’ ability to turn sunlight into electricity. Most industry analysts expect costs to continue falling. 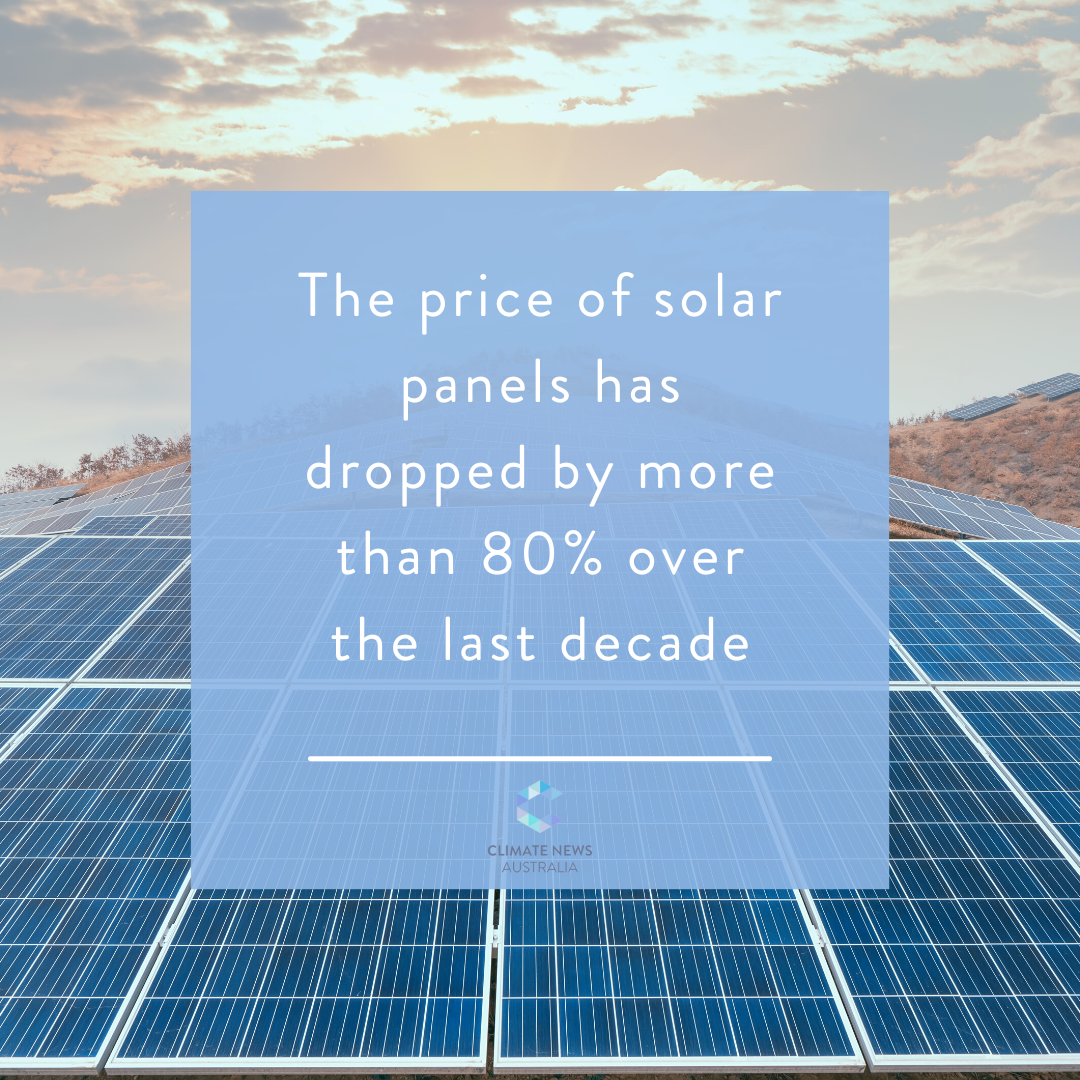 What are the key disadvantages of solar power?

However, solar power has its problems too. It takes energy and precious metals and minerals to build photovoltaic solar panels, and their construction releases carbon dioxide since supply chains are not yet decarbonised. Furthermore, batteries, which are necessary to store solar power, use precious metals, such as lithium and cobalt. There are concerns that cobalt, in particular, is “mined under conditions that often violate human rights”. However, many companies are making an active effort to improve human rights records in solar power production.

The upfront cost of solar power is another big issue. With solar energy, you have two options:

The upfront cost of buying solar panels can be several thousands of dollars. The size of the installation and the quality of the panels also make a big difference. The more electricity you need for your home, the more solar panels you will need to buy. 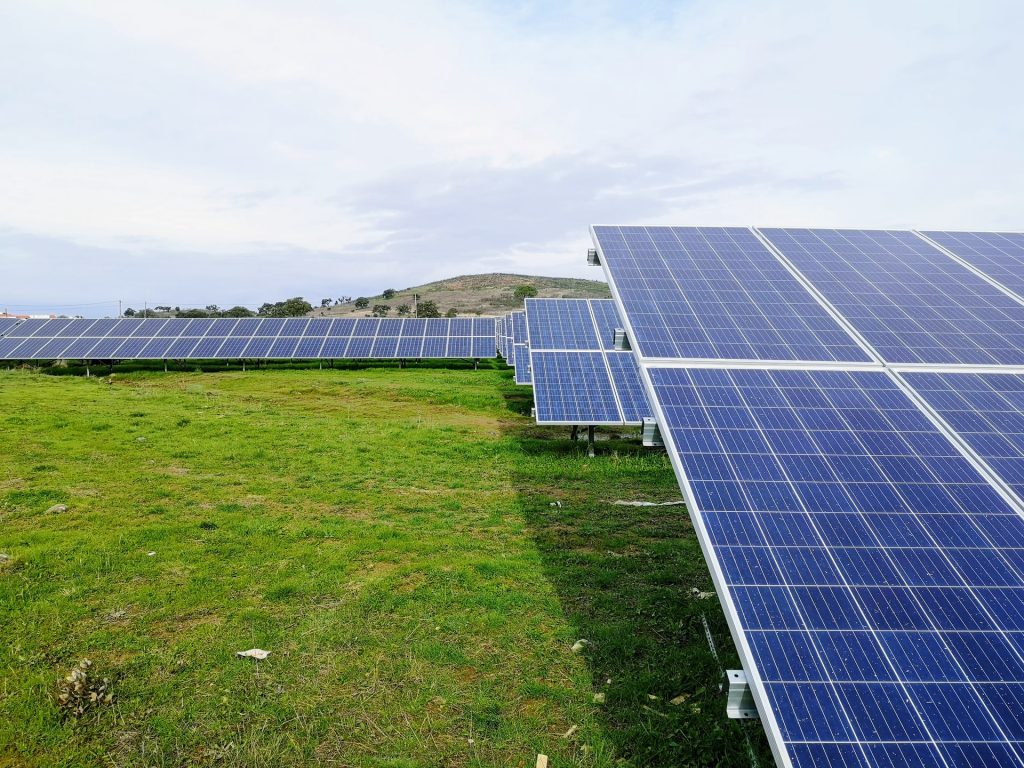 How are newer solar power batteries resolving these issues?

Solar power has its downsides, but newer technologies, such as improvements in battery power, are changing the industry. Previously, power stations and households had to immediately use any power generated from sunlight. Increasingly, companies are offering households the chance to buy battery packs, which allow storage and later use. Solar power charges the batteries during the day so that companies and homeowners can use them later in the night when the sun is no longer shining.

The metals and minerals used to create batteries that store solar power are the same as in items such as laptops, mobile phones and watches. Metals, such as lithium, cobalt, nickel and manganese, make up the vast majority of traditional batteries. Mining companies have to find, extract, process and refine these rare metals before use. Companies simply group bigger batteries in larger packs to store more power and for longer. 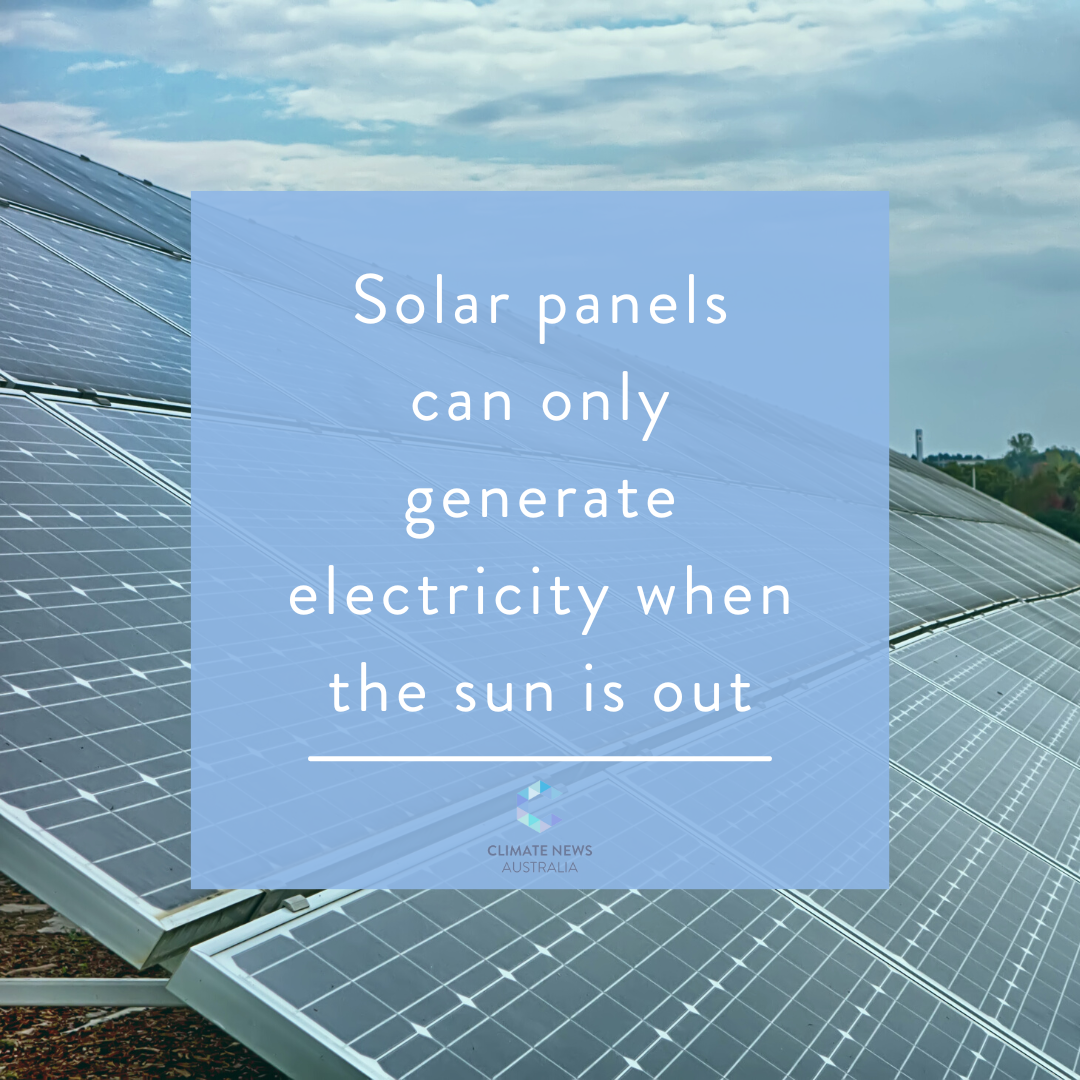 There is a lot of investment recently in newer types of batteries to make them last longer. Companies are looking into making new battery types from sodium, among other metals, which would vastly reduce the cost of batteries. Sodium is around 300 times more available than lithium and far more evenly distributed around the world. It is also a lot less volatile in terms of cost.

Moreover, electric grids are investing in grid batteries, which allow them to store large amounts of energy for a longer period while the sun is shining. It prevents the same problem that homeowners face on a nationwide scale. While batteries for homes are coming down in price and helping homeowners, so are the prices of electric grid batteries. This makes solar power a more viable energy source even when the sun is not shining.

Solar power may have its problems, but they are not insurmountable. Therefore, it is no wonder countries and companies worldwide are rapidly investing in solar power. What is more, along with wind power, it is the cheapest form of power in many parts of the world. 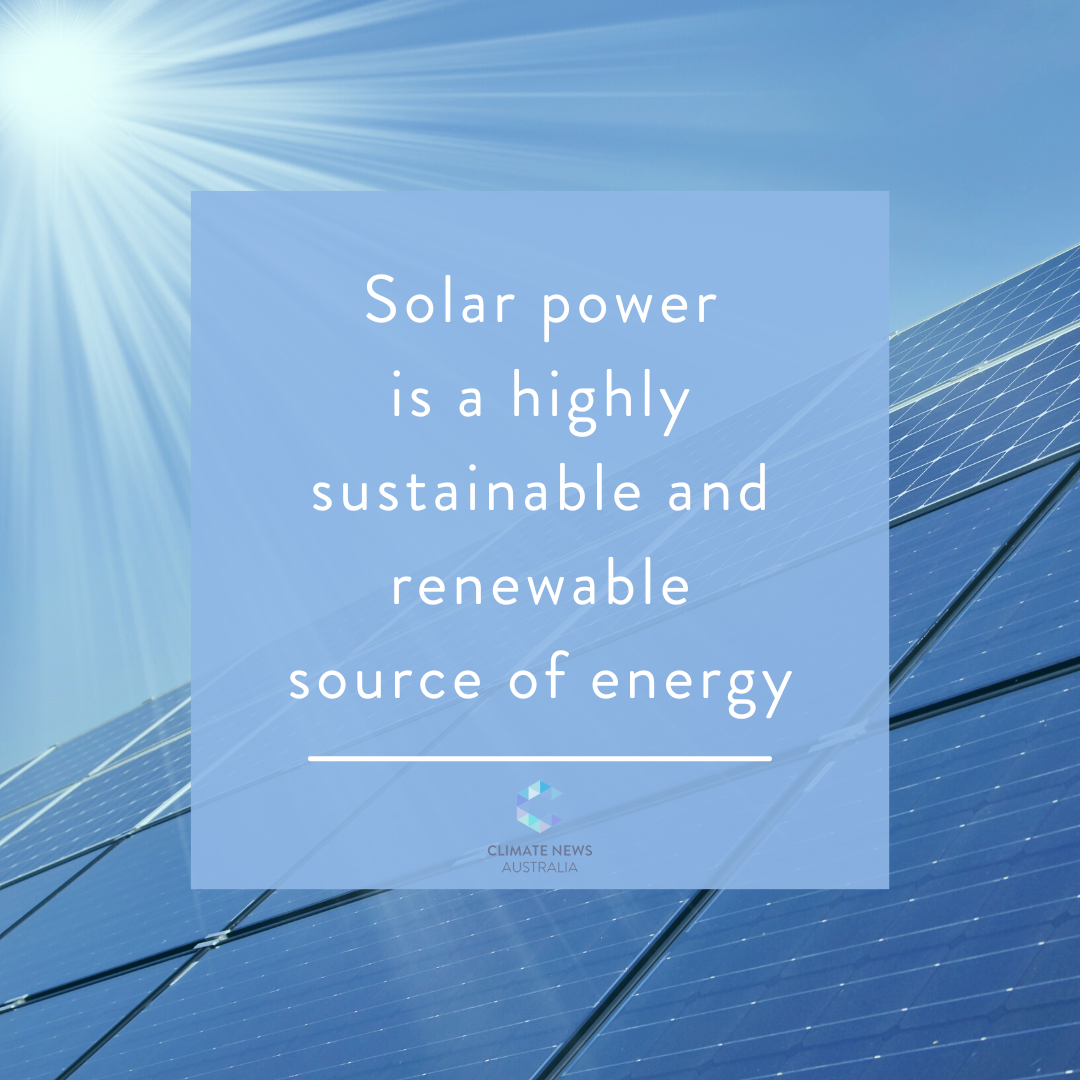