In July 2019, Berkeley became the first US city to ban the construction of natural gas hook-ups in new buildings. It was a historic move, which is now being followed by others. This illustrates the growing popularity of alternatives to natural gas-led products.

People are turning their back on gas for reasons related to personal safety and climate change. This article explores the key factors driving this movement and why you should seek alternatives to gas-led products.

We spend the vast majority of our time indoors. Yet, government agencies in Australia do not regulate indoor air, and scientists do not fully understand its impact on our health.

Pollution from household appliances is likely to be “more dangerous than anyone imagined”, said the New Yorker in 2019. For example, gas stoves emit pollutants, such as nitrogen dioxide, carbon monoxide and formaldehyde, which damage our lungs. In fact, when we are cooking indoors, these invisible pollutants can easily reach such high levels that they would be illegal if we were outdoors. Therefore, it is unsurprising that scientists link pollution from gas stoves to asthma attacks.

As a result, Australian children living in houses with gas cooktops were 32 per cent more likely to develop asthma, a recent report estimated. They likened it to children living with a smoker. In 2008, scientists from Johns Hopkins hospital urged doctors to advise parents of asthmatic children to get rid of their gas stoves.

As demonstrated, there are several reasons why we should ban gas cookers from our homes and switch to alternatives to natural gas-led products. 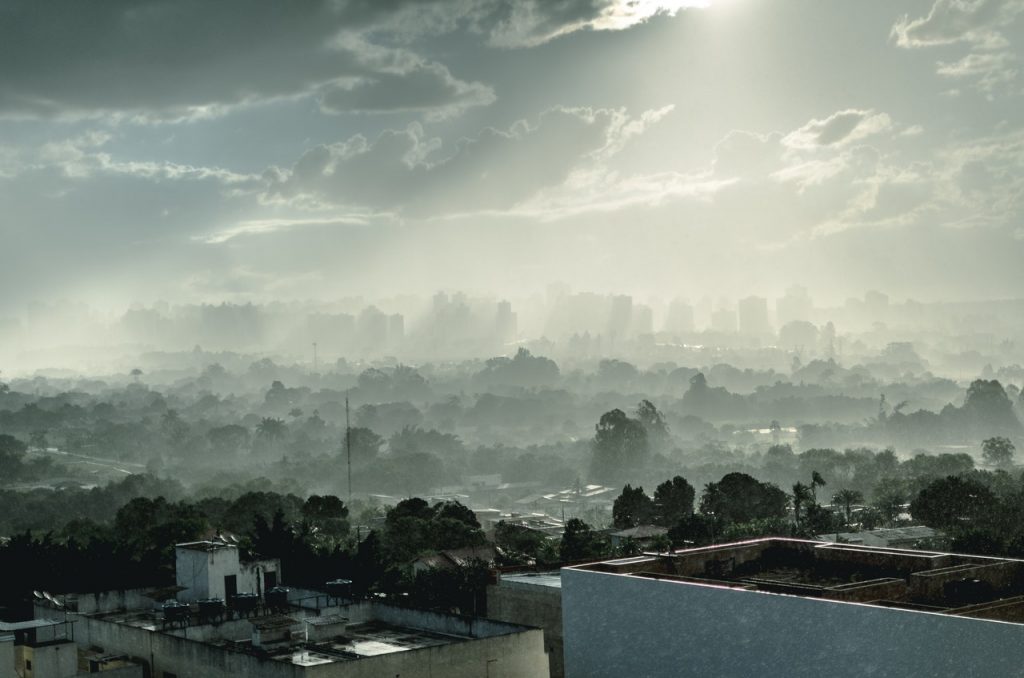 Gas cookers are not just a health hazard with household appliances. Australians commonly use natural gas to heat their homes and provide hot water. This also causes problems.

For example, in the US, burning gas is now a bigger source of outdoor pollution than coal. Homes and commercial buildings are responsible for about one-third of all gas usage in most developed countries. Some oil companies say that gas is a low-carbon alternative to help transition us out of fossil fuels. While it is true that CO2 emissions from gas are much lower than from oil or coal, gas leaks substantial amounts of methane when produced. In fact, natural gas is much ‘dirtier’ as an energy source for carbon emissions than we initially thought. What is more, scientists say that they have underestimated methane emissions from extracting oil and gas by up to 40 per cent.

Natural gas production in Australia is responsible for one-fifth of its greenhouse gas emissions. Over 20 years, methane is roughly 90 times more effective at trapping heat in the atmosphere than carbon dioxide. This makes it far more potent as a greenhouse gas than CO2. Moreover, scientists say that it would be nearly impossible for the world to keep climate change to a manageable level (1.5ºC) if natural gas remains in the energy mix.

Natural gas is still a fossil fuel. When we burn it, we continue to warm up the planet and accelerate climate change. This is why alternatives to natural gas are vital. 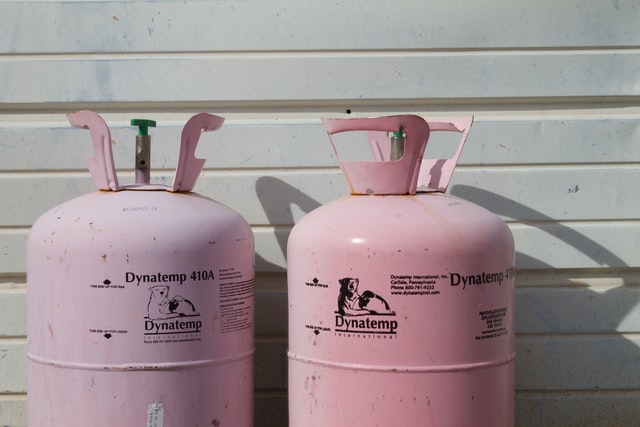 Gas cooktops are not just potentially damaging to our health. They are also much less efficient and more expensive in the medium term. Gas cookers convert about 38 per cent of their energy to cook food, while the rest dissipates into the air. In comparison, electric induction cookers deliver between 80 to 90 per cent of their electromagnetic energy to the pan due to the way they are built. Researchers say that induction cookers use about 25 per cent less energy to boil the same amount of water as a gas cooktop. Overall, this means that Australians are paying higher energy bills by using gas cooktops.

Moreover, induction cooktops heat up a pan more quickly than a gas cooktop, as the electromagnetic energy hits the pan directly. Less energy use means cheaper cooking. Induction cooktops are also safer, as there is no live flame and modern versions can switch off automatically after a certain amount of time. Electric induction hobs are seeing rapid uptake in the UK too and are now increasingly popular across the world. Energy Australia has more information. 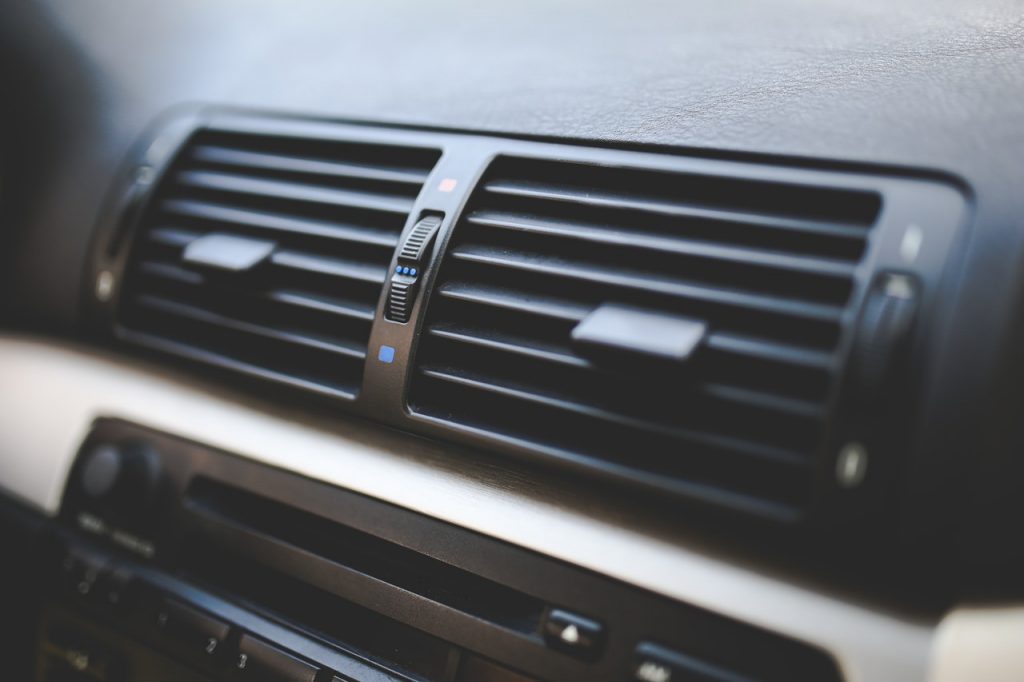 You may not have heard of a heat pump. However, it is likely that most Australians already use one at home. A heat pump runs most modern refrigerators by sucking heat out from the inside and blowing it into the kitchen. This is how it keeps the inside of your fridge cool.

A heat pump can also be reversible. For example, it can do the job of both a heater and an air conditioner. In winters, it can suck in heat from the outside and warm up your house. While in the summer, it can do the opposite and cool you down.

In Australia, where the climate varies greatly during the seasons, heat pumps can perform several functions. For example, they can provide air conditioning, cool down potable water, heat up your home, or heat up water for bathing and sanitation.

Advantages of a heat pump over traditional gas heating

Heat pumps are an increasingly climate-friendly alternative in Europe. Although their uptake in Australia has been slow, they are becoming more popular. There is a larger upfront cost with heat pumps, but the Australian government is also subsidising their installation in some cases. 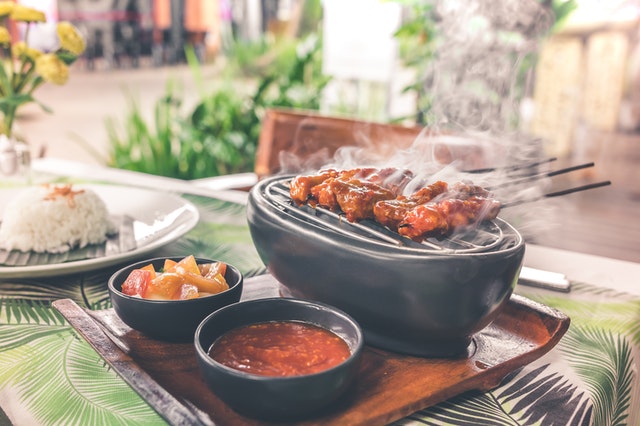 Photo by Artem Beliaikin from Pexels

There is no doubt that charcoal and gas grills are the most popular option for Australian barbecues. But it does not have to be that way.

Electric grills are becoming increasingly popular throughout Australia. An electric grill cooks directly through the grill plate underneath. Its key advantages include taking very little time to heat up, being smokeless and temperature adjustable, and having low running costs. Also, electric grills do not require a gas main. Moreover, most electric grills are portable and can be small enough to be used on a table or countertop. This means that you have the added entertainment dimension of grilling your food while you eat it. Last, as these grills use electricity, they are better for the environment.

Alternatively, you can use a charcoal barbecue, which uses only sustainably harvested trees. This would make the barbecue more climate-friendly and environmentally conscious. On the premium end, you can also opt for an infrared grill. These use special ceramic-plate burners that radiate infrared heat. They can also generate a much higher temperature than other types of grills.

A growing movement to ban natural gas and fossil fuels

Since Berkeley’s pioneering move to ban natural gas, others have followed suit. Far bigger cities, such as San Francisco, Seattle, Denver and New York, have either enacted or proposed measures to ban or discourage fossil fuels inside new homes and buildings. Proponents say that it is time to take climate change seriously and move away from fossil fuels altogether.

In Australia, there are a growing number of voices against relying on natural gas to power homes or for its economic recovery. The price of natural gas is likely to rise in coming years, a recent report found, due to rising costs of production and environmental concerns. “Households would save money and Australia would reduce emissions if new houses…were all-electric”, the report indicated.

But the biggest impact is likely to be felt inside homes, due to indoor pollution, rather than outside. Therefore, it is time for us to seek and use alternatives to gas-led products. We need to act on this now – not in the future.