What Is Natural Gas and How Is It Extracted? (Video)

Home » What Is Natural Gas and How Is It Extracted? (Video)

This video demonstrates what natural gas is and how it is extracted.

Natural gas is a hugely controversial fuel. It is an important product for some industries, while others say that it is a poisoned chalice destroying our natural environment. This article explores the truth behind this gas, its impact on our environment and how it can be useful.

Natural gas is simply another name for methane. It is a colourless and highly flammable greenhouse gas. In most cases, it also contains small amounts of other compounds, liquids and gases. Scientists say that it is among the most toxic gases that are rapidly warming up our atmosphere. Methane is far worse than carbon dioxide for trapping heat in the air. In fact, it is about 90 times more powerful over a 20 year period.

However, some say that it can be useful as a substitute for coal in transitioning the world to lower carbon emissions. This is because it emits less carbon dioxide than coal to produce the same amount of electricity.

Is natural gas a fossil fuel?

Yes, it is a fossil fuel. Coal, crude oil and natural gas were all formed millions of years ago from the fossilised remains of plants and animals. Fossil fuels have high carbon and energy content because of their composition. Burning them as fuel releases heat and energy.

How is it formed?

Over time, the decaying remains of plants and animals were buried and mixed with sand, soil, rocks and water. Pressure and heat developed some of these remains into natural gas. Others turned into coal, oil or other organic matter.

We can find natural gas in different types of rock and sediment. This can be either on land or deep under the ocean floor. It can also have a different name depending on where it is found, as can be seen below.

Different countries specialise in extracting different types of natural gas. In Australia, for example, around a third of its production is coal seam natural gas, primarily from Queensland. Western Australia and the Northern Territory (NT) also have unconventional shale gas reserves. Fracking is required to produce this gas – a controversial practice blamed for causing earthquakes. But, the vast majority of this gas produced in Australia is conventional gas. 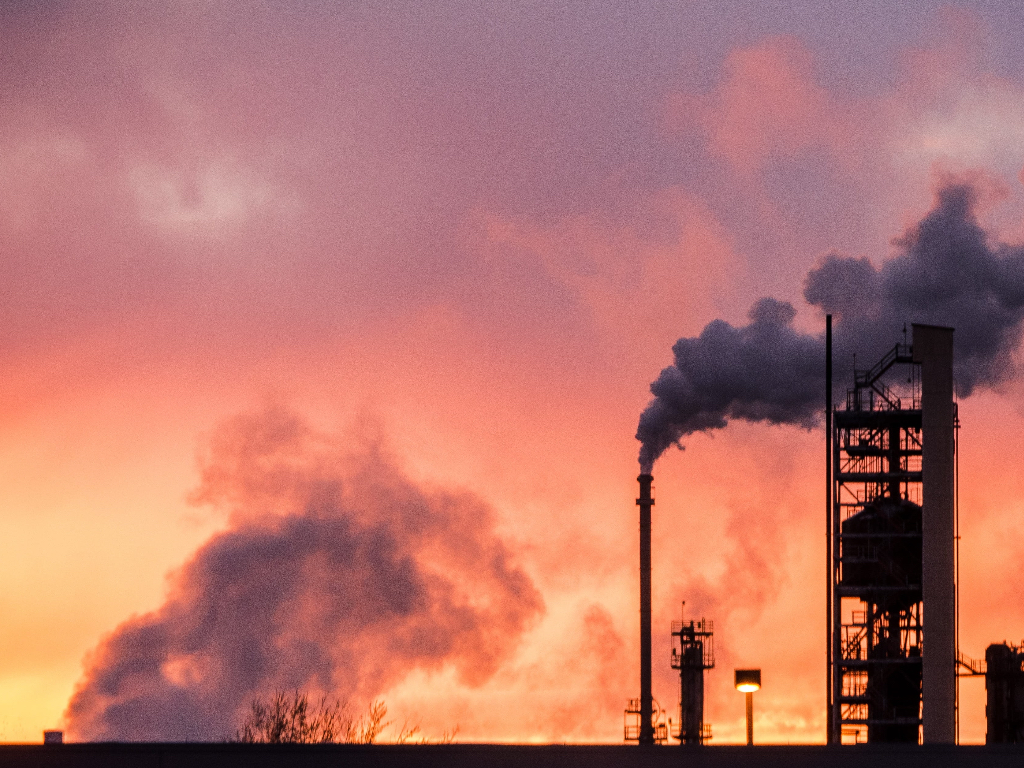 How is it extracted?

Companies look to find and locate natural gas deposits before they can extract them. They commission geologists to find the type of rock formations likely to contain natural gas deposits. Geologists use instruments, like thumper trucks, that create seismic shock waves underground to understand rock formations. They can use explosives to understand underground rock formations too. This can be very disruptive to plant and animal life. Sonic waves are used underwater to explore the geology underneath the ocean floor.

Digging begins once a site with rock formations likely to contain gas is found. In many cases, a well is drilled underground, either vertically or horizontally. When gas is trapped in shale rock formations, a mix of water, chemicals and sand are injected into the ground at high pressure to break up the rocks and allow the gas to escape upwards. This is called hydraulic fracturing – or fracking.

Once natural gas is extracted from underground or below the ocean bed, it is processed at gas plants. Gas may need purifying to remove water vapours or other gases to have higher concentrations of methane. From there, it is either sent through pipelines to homes and businesses or liquefied so that it can be transported in ships around the world.

Natural gas extraction can have a devastating impact on wildlife and the natural environment. Building wells and facilities for this gas can require roads, drilling sites, heavy trucks and invasive pipelines. The damage is often irreversible, say critics. After the gas is extracted, wells are usually closed and abandoned. However, it is not unusual for additional methane to leak for years if wells are not closed properly. Sites can take decades to recover from the damage caused by drilling. 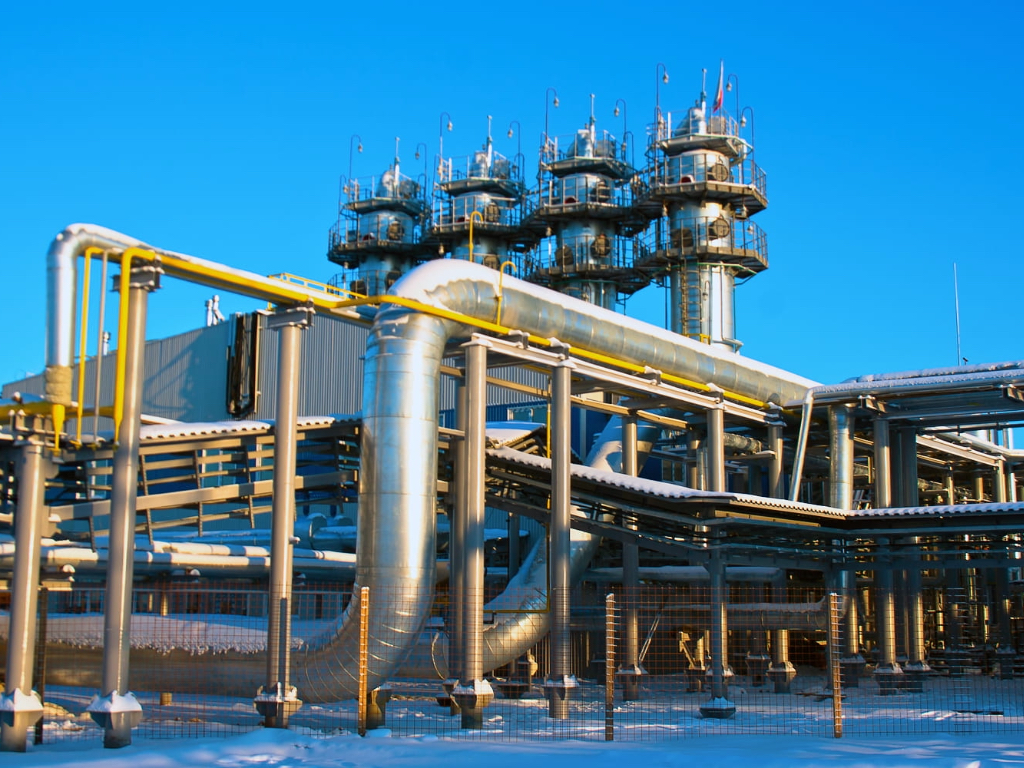 What are its uses?

Most countries use natural gas primarily for household heating or to generate electricity. In Australia, it generated around 20 per cent of the total electricity supply in 2020. Households use a portion of the gas produced. While there is pressure to phase out gas cooktops across parts of Australia, they are still popular in many homes.

Similarly, while gas water and home heating are being phased out in favour of heat pumps, they are still commonly used. Gas also fuels industries that produce goods ranging from glass to clothing. Natural gas is also used as a raw material for the manufacture of plastics and other chemical products, including fertilizers, paints and dyes. Moreover, some cars also run on natural gas.

Overall, natural gas accounted for 26 per cent of Australia’s energy mix in 2018 to 2019. In comparison, it currently accounts for more than 84 per cent of heating needs in the UK and around 40 per cent of the country’s electricity generation.

How much does it cost in Australia?

In recent years, the price of natural gas in Australia has been volatile. This is due to increased demand, increased supply and the COVID-19 pandemic. Wholesale gas prices in Australia were relatively low (AUD $4 per gigajoule) before 2015 as domestic supply started increasing. But, as overseas demand for Australian natural gas increased from 2015, domestic prices rose. By 2020, due to a fall in demand during the pandemic, prices fell again to AUD $4 per gigajoule. They have since risen as global demand has started to pick up again.

However, the wholesale price of natural gas only partly determines its retail price at homes. Gas companies also usually charge for network costs (transporting it to homes). This is in addition to other retail services.

Natural gas can cause environmental damage during its extraction, transportation and usage. While it is a useful fossil fuel in many contexts, its dangerous environmental impacts are undeniable. Drilling companies frequently build gas wells in pristine wildlife and rural areas. This can cause huge damage to local wildlife and perhaps even the water system for years, if not decades. Thousands of abandoned natural gas wells worldwide still spew methane into the air. However, companies can simply walk away rather than sealing them up. Plugging California’s 5,500 deserted wells could cost an estimated $550 million, a recent study found. Even worse, scientists worry that leaks from methane gas wells can also contaminate fresh drinking water.

While natural gas emits less carbon dioxide than coal to generate electricity, scientists say its production and usage release more methane into the atmosphere. This is a problem because methane is a bigger driver of climate change than carbon dioxide.

The planet has already warmed up by over 1C since pre-industrial times. It is already wreaking havoc on people’s lives worldwide. If the planet warms up by 2C or more, it will cause even more devastation. Countries need clean electricity rather than natural gas as a transition fuel. Otherwise, we will only continue to feed global warming and put our planet in further danger.