The Dangers of Fracking and Natural Gas in Australia

Home » The Dangers of Fracking and Natural Gas in Australia

Australia’s gas-led recovery is bad for our health. That is the finding from a 2021 Climate Council report. Natural gas drives climate change, according to the report. Gas use in our homes also harms our children’s health. Plus, fracking – also known as hydraulic fracturing – for gas presents dangers to communities in Australia.

As a result, the Climate Council calls for the federal government to stop its support for natural gas. Instead, it says renewable energy sources are “the key to a prosperous, healthy future for all Australians”.1

Shale and coal seam gas: The dangers of fracking

Miners in the natural gas and oil industry use fracking. They sometimes employ the technique to extract hard-to-reach natural gas from underground. These are called unconventional sources of natural gas.

Why is there fracking in Australia?

Unfortunately, the natural gas industry is a climate threat. That is because natural gas production releases a lot of methane.4 Unconventional gas fracking itself has caused a rise in methane emissions globally. That was the finding of a 2019 study.5

Methane is a potent greenhouse gas.6 It is more potent than carbon dioxide. It traps 86 times more heat in the atmosphere over 20 years.7

The way the natural gas industry measures its methane emissions is outdated. As a result, Australia underestimates its greenhouse gas emissions. In fact, they could be about 10 per cent higher.8

On a global scale, the fossil fuel industry has also underestimated methane emissions by as much as 40 per cent, according to a 2020 study.9 This climate impact is just one of the problems with oil and gas fracking in Australia. 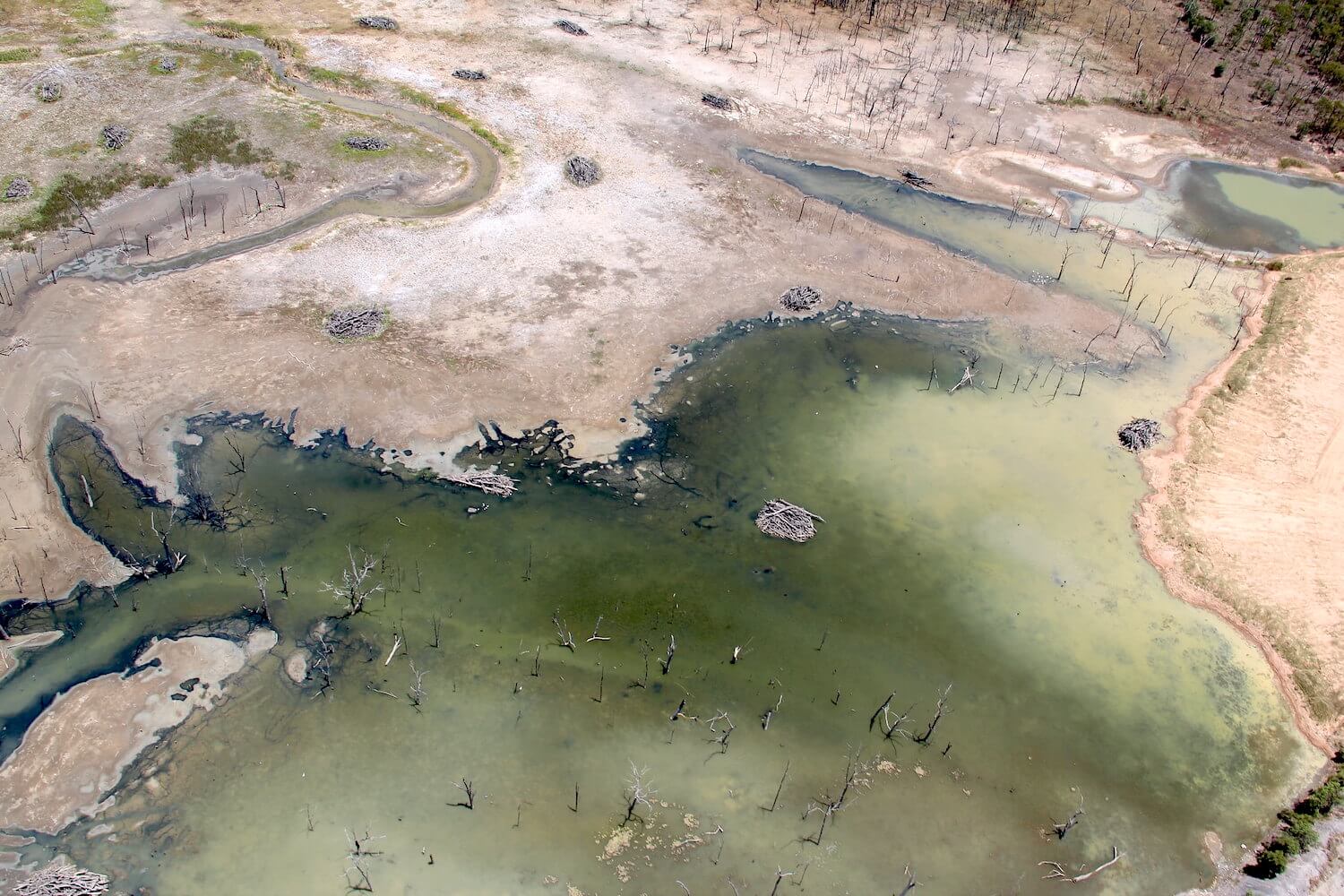 “Bowen Basin: Saraji, Peak Downs – polluted water” by Beyond Coal and Gas is licensed under CC BY 2.0

Consequently, this leads to noise and air pollution for rural communities.12 On top of this, farmers say hydraulic fracturing competes for their water resources. They also worry fracking chemicals can contaminate groundwater.13

Household gas use is harmful to children

Household gas use causes asthma in children. In fact, natural gas could contribute up to 12 per cent of childhood asthma cases in Australia. Gas cooktops are the main offender, according to the Climate Council. But other gas appliances pose a risk too.14 Asthma Australia has backed up this research.15

This startling finding shows the wide scope of fracking dangers in Australia. The practice allows the natural gas industry to extract unconventional sources. Therefore, this industry will continue to promote gas use in our homes.

What are examples of fracking dangers in Australia?

Due to fracking, Australia’s greenhouse gas emissions reduction targets are in danger. For example, in late 2020, Origin Energy restarted fracking in the Beetaloo Basin. This is just one of the natural gas developments in the Northern Territory. Alone, it could increase Australia’s emissions by between seven and 22 per cent.16 Despite this, the Australian government supports such projects. In fact, it plans to invest more than AUD $200 million in the Beetaloo Basin.17

The Amadeus to Moomba Pipeline

The federal government may also help to fund the Amadeus to Moomba Gas Pipeline. Central Petroleum proposed the project. It would transport natural gas from central to eastern Australia. However, it would also be very expensive. Therefore, Central Petroleum would need to sell a lot of gas to make its money back. It would encourage even more fracking in the Northern Territory.18 This could even take place close to Alice Springs.19 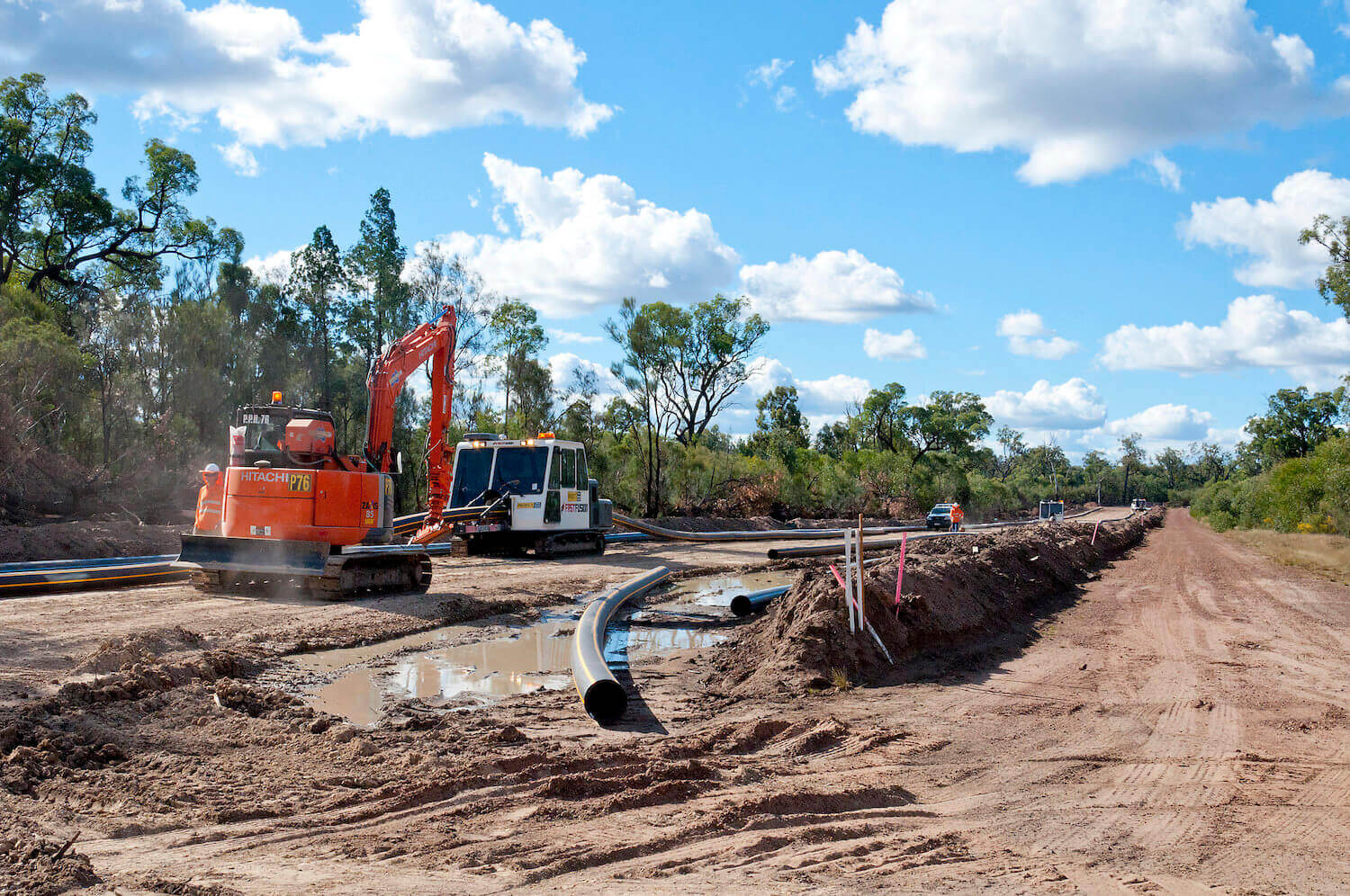 “Land clearing for coal seam gas pipeline, Qld” by Beyond Coal and Gas is licensed under CC BY 2.0

Additionally, the pipeline would run through environmentally delicate regions. These areas are also culturally important to Indigenous Australians.20 The Arid Lands Environment Centre (ALEC) is clear about the dangers this fracking project poses to Australia. The project will “increase our risk to climate change and threaten our groundwater”, the group says.21

How to avoid the dangers of fracking in Australia

The Climate Council says that the federal government controls the expansion of Australia’s natural gas industry. Therefore, the organisation proposes the government moves beyond gas. This would reduce the dangers of fracking and natural gas generally in Australia.22

The future of oil and gas for Australia

The government should do the following, states the Climate Council:

Consequently, the government could shift its support to wind and solar energy. Such energy sources are clean and renewable.23

Renewable energy: The answer to the dangers of fracking in Australia

Since 2010, the cost of renewable technologies has dropped sharply. At the same time, renewable energy storage battery prices have come down too. This now makes wind and solar energy the cheapest forms of electricity.24 By contrast, unconventional gas projects are costly.25 Fortunately, Australia has enough wind and sun to transition to 100 per cent renewable electricity.26 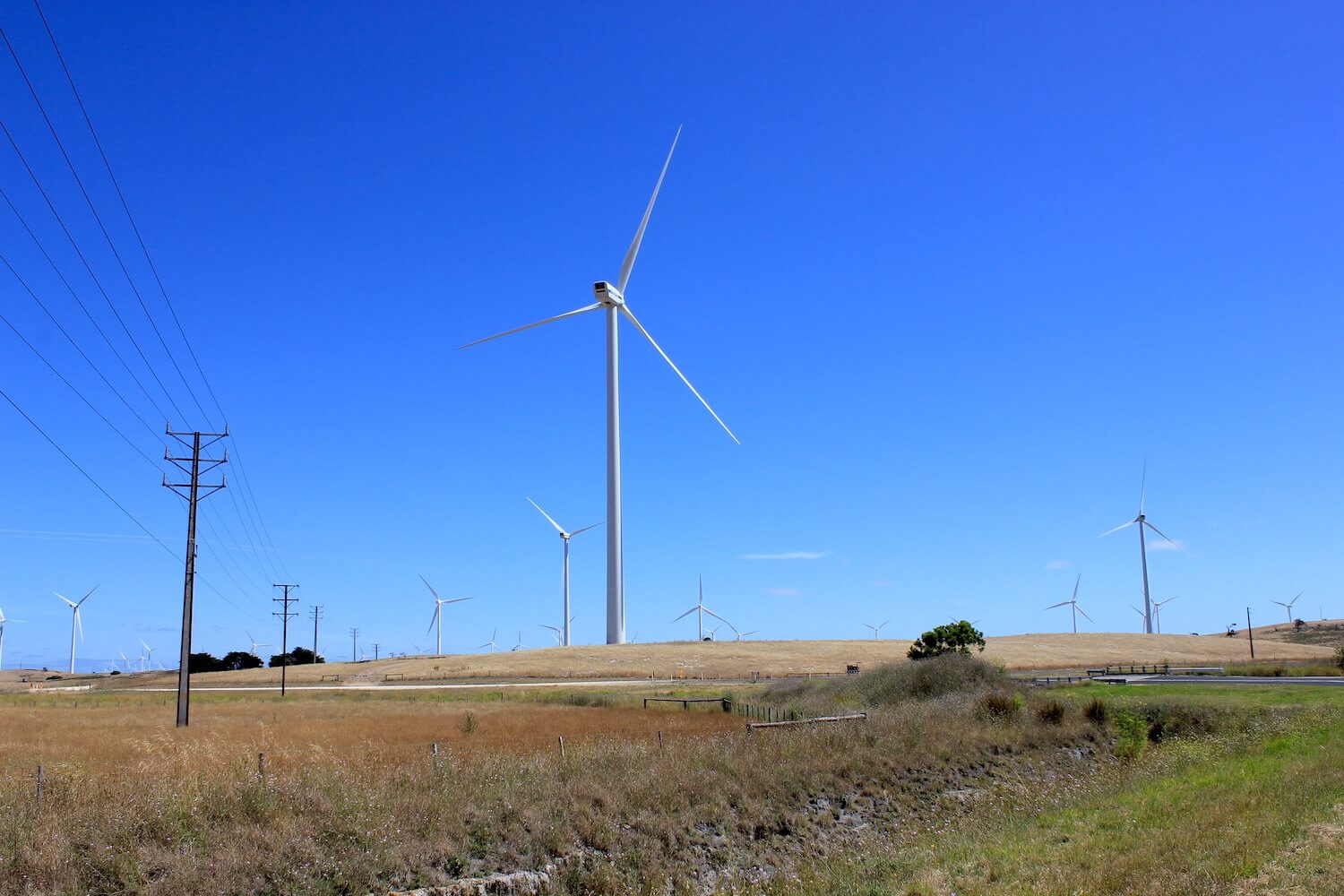 “Tantanoola Wind Farm” by holidaypointau is licensed under CC BY 2.0

Australia’s natural gas use has fallen 21 per cent since 2014. A decline in gas-powered electricity generation is the main driver. Instead, renewables now produce 28 per cent of the energy in Australia’s main electricity grid. This is simply because gas cannot create electricity as cheaply as renewable energies.29

Australia’s natural gas-fired electricity fell to a 16-year low in early 2021.30 This decline will continue. Natural gas-produced electricity could almost be gone by 2038. That is the view of Australia’s energy market operator.31 Therefore, we can avoid the dangers of fracking in Australia. The natural gas industry already has enough supply for 20 years. That is even without the need for more natural gas mining.32

Household gas is also on the way out

In Victoria, there is momentum to ban natural gas connections to homes. This could help cut greenhouse gas emissions by 40 to 50 per cent by 2030.33 This could also help cut household energy prices. It is already cheaper to cook with an induction cooktop than gas. Also, it is cheaper to heat your house and water with a heat pump system.34 The ACT government promotes switching from natural gas to electric heating and cooling. This can save a household up to AUD $500 a year on energy.35 Of course, there is another big positive. It will improve our children’s health.36

The Climate Council’s report highlights the risks posed by the natural gas industry to the climate, regional economies and our health. Fracking in Australia enables these dangers.  However, the organisation suggests that we can have a “prosperous, healthy future” in Australia. Rather than natural gas, this will be built on renewable energy.37