What Is the Use of Natural Gas?

Home » What Is the Use of Natural Gas?

Many countries across the globe use natural gas. For instance, in Australia, natural gas contributes approximately 26 per cent of the country’s energy consumption. The fossil fuel can be used to generate electricity, heat people’s homes, for cooking and for industrial purposes.

Shell Australia describes natural gas as “the cleanest-burning hydrocarbon”. It is true that it produces less carbon dioxide (CO2) through combustion than oil or coal. However, its procurement, production and usage still have significant environmental consequences.

Natural gas is a form of fossil fuel. Like coal and oil, it consists of the decomposed remains of plants and animals. Heat and pressure break down the organic matter over hundreds of thousands of years. This slow decomposition creates natural gases, namely methane but also propane, butane and CO2. These gases become trapped in underground rock formations.

Burning fossil fuels produces energy. It also releases large quantities of CO2. Nevertheless, the fossil fuel industry likes to portray natural gas as a “cleaner energy”. They sometimes refer to gas as a “transition fuel” that will help economies to switch from coal to renewable energy. However, this vastly underestimates the environmental damage the continued use of natural gas will cause.

In Australia, natural gas is behind almost 20 per cent of the country’s greenhouse gas emissions. Methane is the main emission from this gas. Unburnt methane that leaks into the atmosphere is 84 times more potent at warming up the planet than CO2. Consequently, any claims that natural gas is ‘cleaner’ than coal and oil fail to reflect the facts about natural gas’ environmental impact. 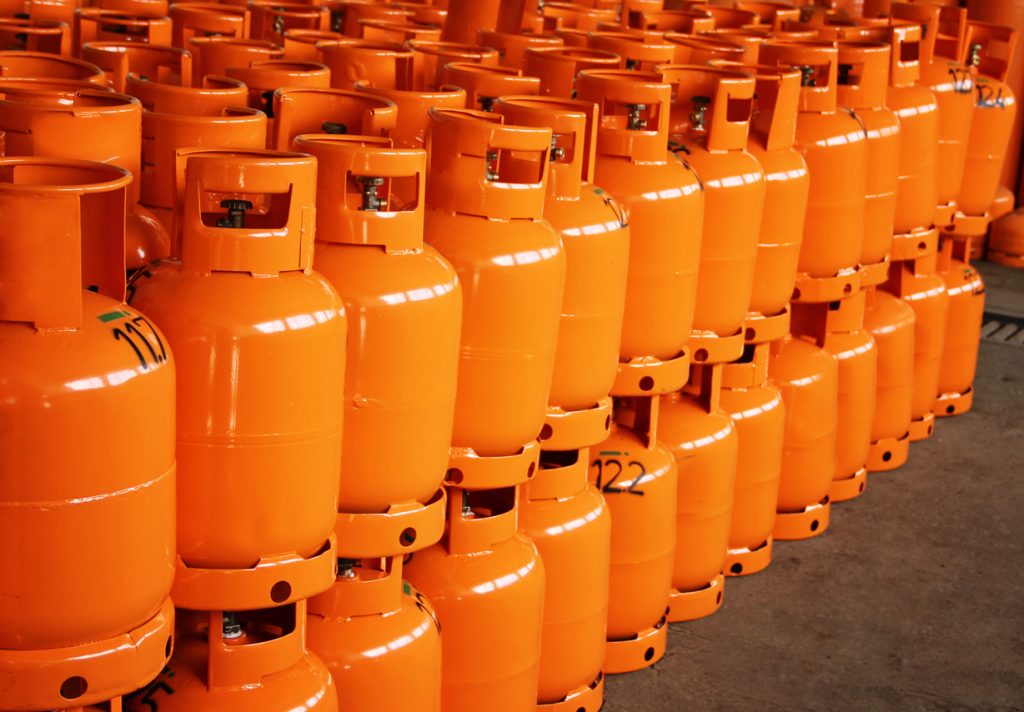 The use of natural gas for electricity generation

However, in 2020, the total volume of electricity generated by natural gas in Australia actually dropped by 4.6 per cent compared to the previous year. This represents a greater degree of decline than the energy consumption reduction caused by COVID-19. The reason why it remained at 20 per cent overall was because of higher generation volumes of natural gas in Western Australia.

Western Australia’s gas-fired power plants contributed over half of the country’s total gas-fired power generation between 2015 and 2020. During this period, the proportion of power supplied by gas in the state has grown by almost 10 per cent. For example, gas accounted for over 61 per cent of power generation in Western Australia last year. In contrast, in 2015 natural gas provided just 53 per cent.

The transition to renewable electricity generation

These CO2 and methane-producing fossil fuels are being replaced by renewable energy sources. The market share of renewables across Australia was just 14 per cent in 2015. Now, it is over 24 per cent, exceeding that of natural gas.

How does natural gas create electricity?

The use of natural gas to create electricity may take place in two types of power plants: open and combined cycle. Open cycle plants burn natural gas to produce pressurised gas. This turns the blades of a turbine which is connected to a generator. Within the generator are magnets that spin with the rotation of the turbine. The revolution causes electrons in the wires to move, creating electricity.

Combined cycle power stations are more commonly used to supply baseload power. This means that they provide the minimum amount of power needed to supply the grid for day-to-day usage. On the other hand, open cycle plants tend to supply electricity during times of peak demand. In Australia, hot summer days may demand the most power. In these cases, open cycle plants may be employed when the power system is pushed to its limits. 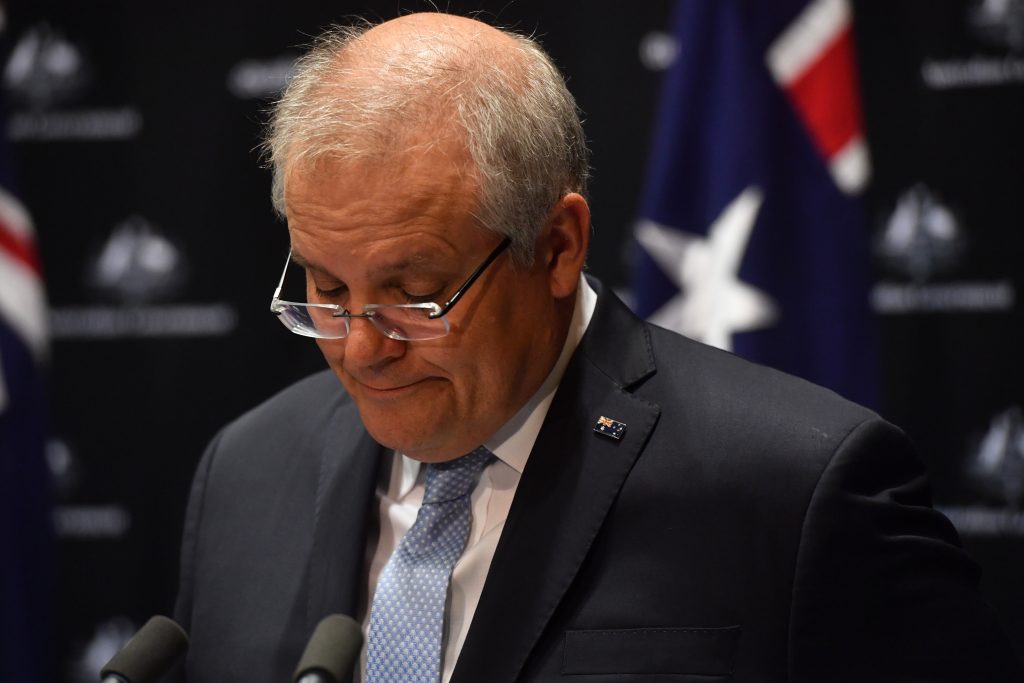 Various industries make use of natural gas. For example, it is a component in the production of chemicals, fertilisers and hydrogen. Other sectors, such as manufacturing, also use it for cooling purposes. For certain industries, energy is among their highest operating costs. This makes gas prices in Australia a concern for many businesses.

Gas prices in eastern Australia have risen three-fold in recent years. As a result, some companies have had to relocate. For example, American multinational chemical company Dow shut down its Melbourne west plant in 2019. Rising gas prices were a significant motivating factor. Similarly, Sydney-based RemaPak went into administration that same year. They blamed a quadrupling of their gas costs for the decision.

Australian Prime Minister Scott Morrison believes that increasing the use of natural gas will help improve the country’s economy following the COVID-19-induced economic slump. Therefore, his government wants to build a new gas-fired power station in the Hunter Valley. They claim that 1,000 megawatts of new dispatchable power are needed to replace AGL’s Liddell coal-fired power plant, due to close in 2023.

However, there is no evidence to back up this claim. The Australian Energy Market Operator (AEMO) estimates that the national grid requires just six to 19 additional gigawatts over the next 20 years. They find that only 154 megawatts will be needed by 2023 to replace the Liddell plant.

The New South Wales government is already committed to funding four new projects. These include two large-scale batteries, a hybrid gas and battery plant, and a virtual power plant. Collectively, they will add 170 megawatts to the national grid. As such, there will be no need for more natural gas plants.

In contrast to the government’s statements, AEMO predicts that new natural gas stations will be more expensive than their equivalent alternatives. AEMO’s findings reveal that batteries, pumped hydro, virtual power plants and other systems can benefit energy consumers better than natural gas. Indeed, renewables like solar and wind power are the cheapest sources of new electricity generation. A transition to these genuine “clean energies” would save Australians money and help prevent a climate catastrophe.

Furthermore, the use of natural gas is in global decline. Countries around the world are finally pledging to reduce their carbon emissions. These include the biggest destinations for Australia’s liquid natural gas (LNG) exports. Japan and South Korea have committed to net zero emissions by 2050. China has made a similar commitment for 2060. This is great news for our planet, but it will be disastrous for the world’s biggest exporter of natural gas.

As a result, investments into natural gas projects risk becoming stranded assets. Since 2011, Australian gas companies have lost between 50 to 70 per cent of their value. The sector has been laying off workers and cancelling expansion plans for years. In the first half of 2020, Australia’s gas industry lost AUD $25 billion in write-offs. The demand for primary energy is anticipated to fall by a further 17 per cent by 2030. A ‘gas-fired recovery’ is nonsensical from both an economic and an environmental perspective. 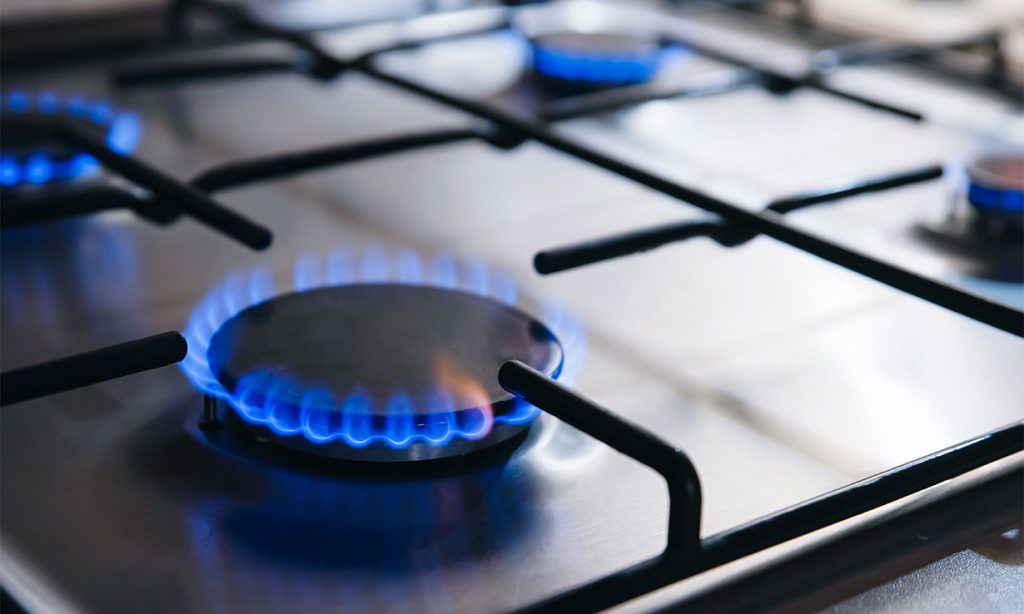 The use of natural gas in the home

Many Australians make use of this gas in their homes. This may be for cooking or for heating. About 38 per cent of Australian homes currently use a gas cooking appliance.

However, a 2020 report by the Grattan Institute has recommended a moratorium on new household gas connections. It regards the federal government’s ideas for a ‘gas-led recovery’ as “misplaced”. Expanding its use is incongruous with both Australia’s climate targets and the rising cost of the fossil fuel. Therefore, the report concludes that the government should instead support low-emission alternatives.

Even worse, using gas in the home can cause serious health issues. Gas-fired stoves are thought to cause up to 12 per cent of cases of childhood asthma in Australia. Cooking with gas at home poses a similar risk of asthma for a child as living with household cigarette smoke. Likewise, a small increase in long-term exposure to air pollution caused by gas stoves leads to a large increase in the COVID-19 death rate.

This is because gas cooktops can leak into people’s homes. They can emit air pollutants and gases, including formaldehyde, carbon monoxide and nitrogen dioxide (NO2). Houses that use natural gas can have NO2 concentrations that are 50 to 400 per cent higher than homes with electric cooktops. These air pollutants are linked to a variety of respiratory conditions, such as chronic obstructive pulmonary disease. They are also linked to cardiovascular problems, diabetes, cancer, reproductive issues and brain development in children.

Will we continue to find a use for natural gas?

There are many uses for gas in Australia and the rest of the world. But this fossil fuel is a dirty pollutant that is causing global warming. It is also directly harmful to people’s health as it leaks into homes through cooking appliances. The sooner we replace it with genuinely clean alternative power sources, the better it is for our planet and our health.