What is Australia’s Main Source of Electricity? (Video)

This is concerning because coal adds more CO2 emissions to the atmosphere than any other fossil fuel. In fact, coal-fired electricity generation was responsible for 30 per cent of CO2 emissions in 2018. This is according to the International Energy Agency’s (IEA) Global Energy & CO2 Status Report 2019. This assessment also categorised coal as the single largest source of global temperature increase.

As a result, many countries have switched to alternative energy sources. For instance, less oil and coal combustion in Germany led to a 4.5 per cent decrease in emissions during 2018. In the same year, France saw a significant drop in emissions as both coal and gas power plants were less utilised. But, the world is still burning too many fossil fuels, and coal still accounts for nearly a third of the total primary energy produced globally. Consequently, Australia’s electricity is one of the greatest contributors to this trend.

Energy in Australia: Is it the same as electricity? 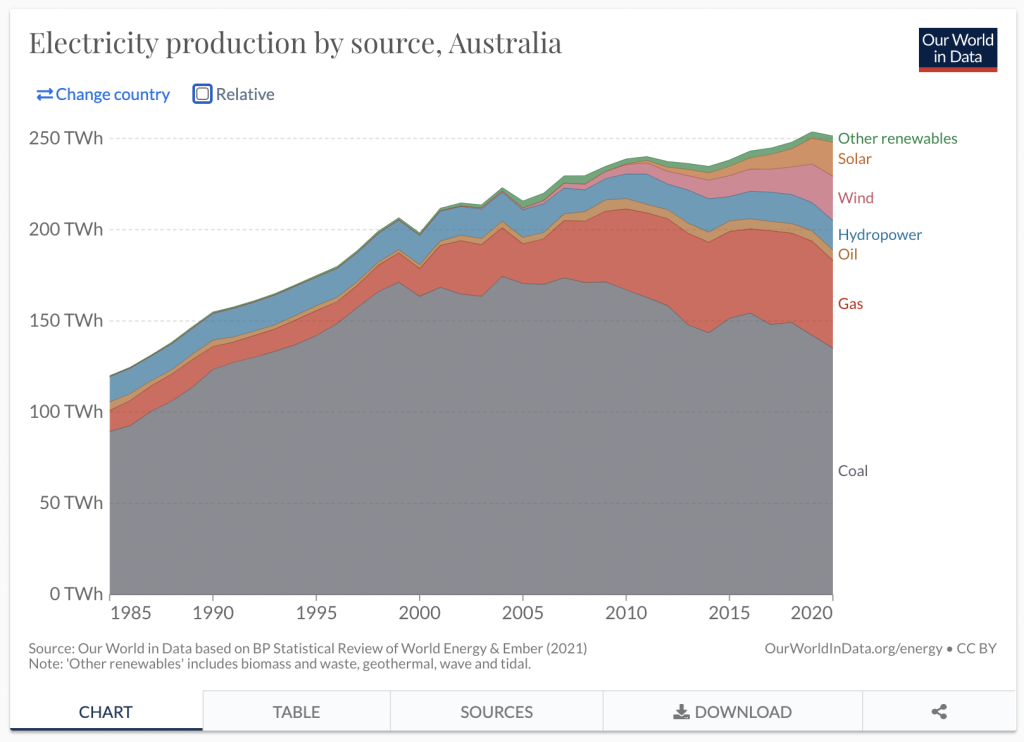 However, Australia’s COVID-19 recovery plan seems to focus on replacing coal with gas. In other words, the country is changing from one fossil fuel to another instead of increasing renewable energy capacity. For instance, its 2021-2022 budget allocates AUD $52.9 million to gas infrastructure projects. Moreover, another AUD $30 million will be invested in a new gas-fired power station in New South Wales.

One way Australia plans to reduce its emissions is through carbon capture and storage (CCS). The government is planning to invest more than AUD $300 million in CCS systems over ten years. Nevertheless, the only CCS project operational currently – the Gorgon gas project – does not offer a total solution. This is because the technology’s capture rate is much lower than the emissions projected from this gas plant operated by Chevron. Over a five-year period, only 20 Mt of CO2 would be captured compared to 260 Mt released.

Aside from renewable electricity, CCS technology has been touted as essential in the fight against climate change. But, the goal is to cut emissions from current fossil fuel assets instead of justifying new gas or coal projects, which seems to be Australia’s plan. Today, 19 per cent of the country’s electricity comes from gas. With investments in the pipeline and Prime Minister Scott Morrison showing no climate ambition, the dependency on gas will only increase. This will result in Australians burning more fossil fuels to produce electricity for many years to come.

What is the contribution of low-carbon sources to Australia’s electricity mix?

Australia also has a diverse mix of renewable energy resources. However, most of them remain largely untapped. Wind, for example, was the country’s top clean electricity source in 2020. It accounted for 9.7 per cent of the electricity produced. It is also a rapidly growing renewable energy source in the country. In fact, it practically doubled its electricity contribution in the last five years. On the other hand, hydropower has remained relatively steady, with available resources already mostly developed. 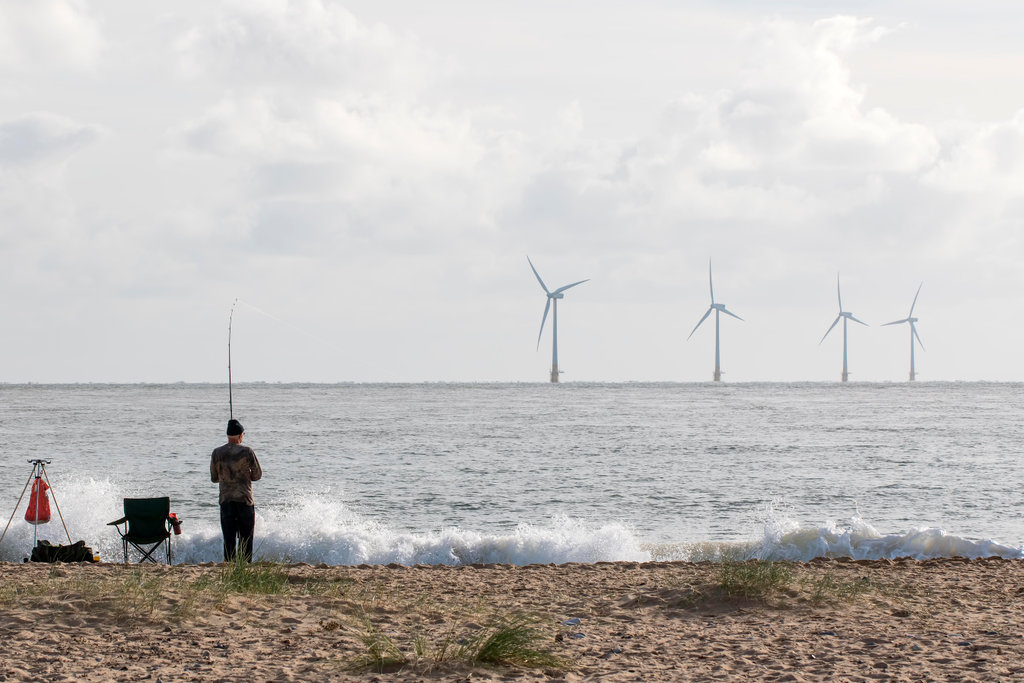 Nuclear sources do not contribute to energy production in Australia. Therefore, the country’s low-carbon electricity all comes from renewables. In 2020, these sources were responsible for 25 per cent of Australia’s electricity. But this clean contribution could increase if solar energy reached a significant maturity level. Today, this powerful renewable source accounts for just 7.4 per cent of the country’s electricity. Yet, a new reform package finalised by the Australian Energy Market Commission (AEMC) could accelerate its growth.

What is the Australian Energy Market Commission responsible for?

In short, the AEMC is a statutory body that oversees the rules that govern the energy market. Among other responsibilities, this entity facilitates the country’s energy transition towards low-carbon sources. With this goal in mind, the AEMC makes rules and provides expert advice on energy policies to Australian governments.

The AEMC’s new reform package is good news for the environment as it:

Equally important, the Australian Energy Regulator (AER) will play a key role in overseeing the sign-off of all new network plans in the interest of its consumers.

In sum, these changes will allow more consumers to benefit from solar and help to decarbonise the energy sector faster. But this reform also reduces the pressure on electricity prices.

What is the average cost of electricity in Australia per kWh?

However, Australians did enjoy cheaper bills in the first quarter of 2020. Indeed, the average cost of electricity in this period was AUD $0.3025 per kWh. Analysts have reported that this price reduction is linked to more renewable energy coming online. The wholesale cost of energy is projected to keep dropping as more renewables join the grid. This trend aligns with the fact that power from new renewables is now cheaper than power from new fossil fuels in most countries. Meanwhile, infrastructure costs are likely to go up as the country needs more transmission lines for renewables. Both the wholesale cost of energy and network costs are key drivers of household electricity bills so consumers should see these variations reflected in them.

How much electricity does Australia use? 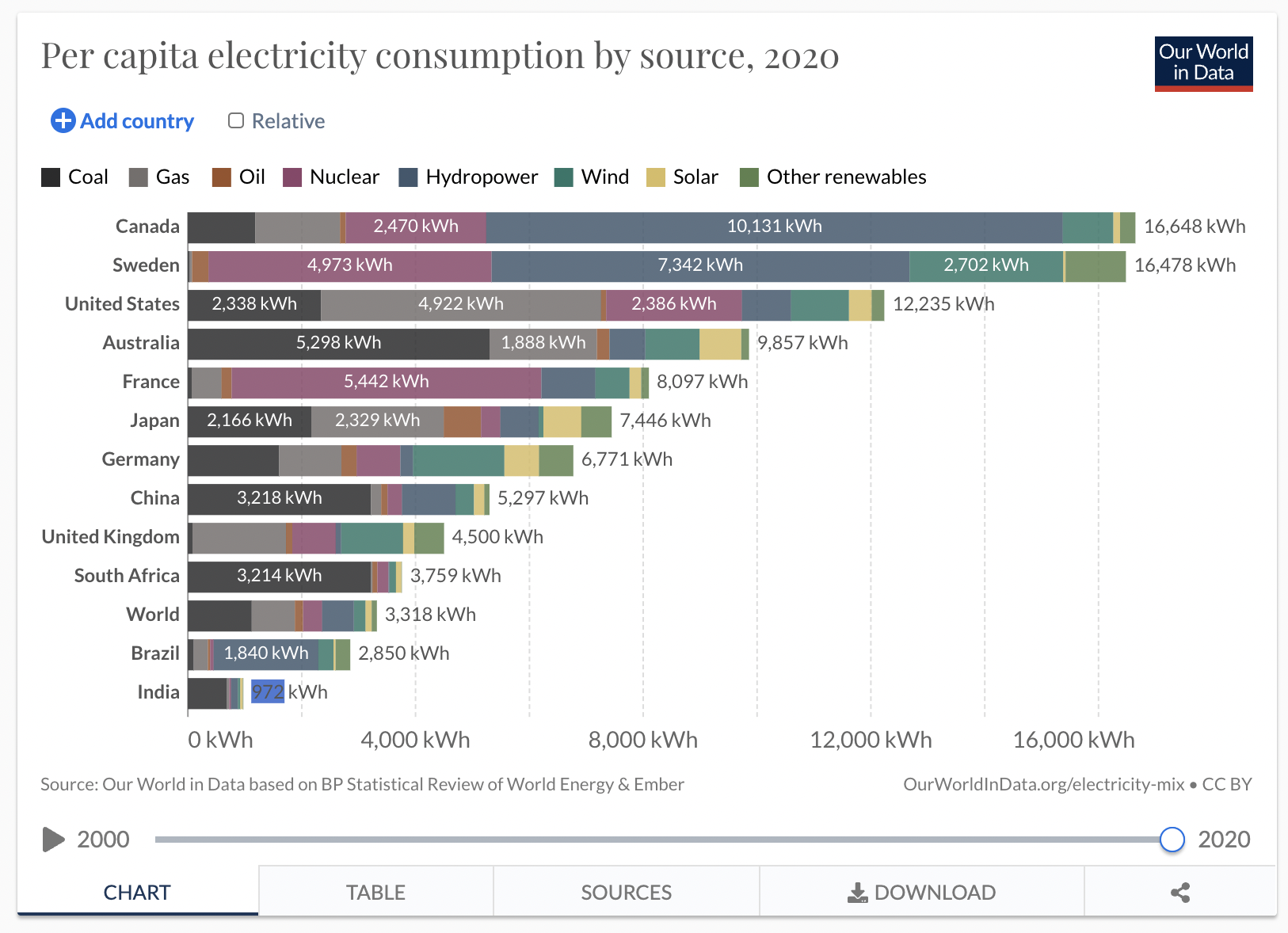 Coal is Australia’s main source of electricity, and it appears that a transition away from it will only lead to gas becoming more dominant. This is despite the country’s existing capacity and feasibility to develop low-carbon sources. Although small-scale renewable energy initiatives are growing, investments in gas seem to have much more financial support from the government. This is despite that renewables are not only cleaner but also cheaper. Therefore, decarbonising Australia’s electricity is a win-win for both consumers and the environment.

To read more about emissions from gas in Australia, click here.