Australia’s largest traditional energy providers are known as the ‘big three’. Origin Energy, AGL and EnergyAustralia have dominated the residential electricity and gas market for years. But, their monopoly is being challenged as smaller players enter the sector. The increase in competition for electricity and gas is causing energy rates for consumers to decline.

However, Prime Minister Scott Morrison is not supportive of the market disruptors. Instead, his plan for the Australian economy focuses on expanding the use of natural gas. His government’s ‘gas led recovery’ intends to reduce energy rates by supporting gas.

Would a transition to renewable energy be cheaper for Australian energy rates?

Australia’s use of gas-generated electricity has fallen by 21 per cent since 2014. Moreover, the price of gas rose by 75.6 per cent between 2009 and 2019. It would currently be cheaper for most Australians to use electricity in place of gas.

Renewables supply at least 27.7 per cent of the country’s total electricity generation. By 2030, if renewables were to provide 90 per cent of the grid’s energy, they would still be cheaper than non-renewable options. Meanwhile, Australia suffers from more intense and extreme bushfires as a result of climate change. So, why would the government favour gas over solar, wind and other clean energy sources?

2019 witnessed a series of changes in the Australian energy market. 11 new energy retailers began offering alternative energy rates to Australian households. As a result, 29 per cent of households changed providers that year.

By June 2019, the collective market share of Origin Energy, AGL and EnergyAustralia fell to 65 per cent. Now, in some states, such as South Australia and South-East Queensland, the big three no longer hold the largest market share. It is no coincidence that it was these states that saw record switching rates in 2019.

Nevertheless, the big three retain their dominance in other areas. For example, they control 79.1 per cent and 72 per cent of the electricity market share in New South Wales and Southern Australia, respectively. This is bad news for the environment. These three energy giants are also Australia’s most polluting companies.

AGL Energy is the worst culprit. In the 2019 to 2020 financial year, it produced more than twice as many emissions as the second-highest emitter. This company alone is responsible for about eight per cent of all Australia’s greenhouse gas emissions. Most of its emissions come from Loy Yang Power Station and Bayswater Power Station.

Switching energy providers can reduce people’s energy rates. It can also avoid harmful emissions. Promoting competition in the market is useful for both of these reasons. 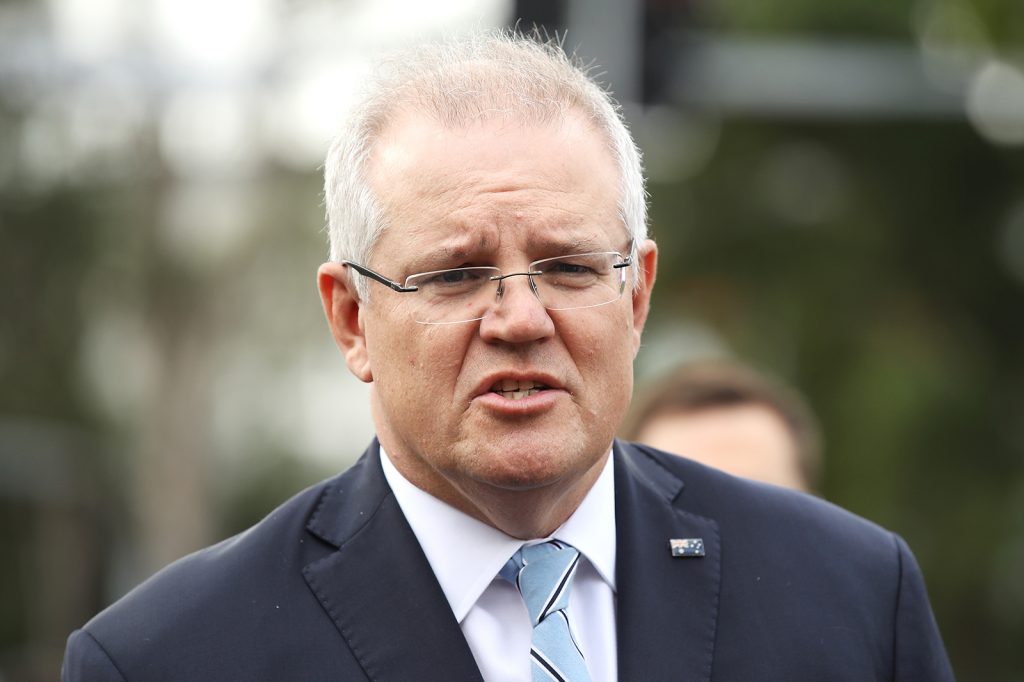 One of the best-known comparison websites for energy rates in Australia is Canstar Blue. It provides electricity bill information “based on a residential customer who consumes 3,900 kWh per year on a single rate tariff in the Ausgrid network”. It also displays the lowest annual price for each offer.

The most expensive electrical energy rates

As of June 24 2021, Origin Energy, Energy Australia and Momentum Energy provide the most expensive electricity of all the suppliers that Canstar Blue compares. Each company charges AUD $1,462 for 3,900 kWh per year in New South Wales. This is equal to the reference price set by the Australian Energy Regulator (AER).

It is notable that two of the big three companies charge the highest price for electricity. The third, AGL, is the sixth most expensive option. AGL charges AUD $1,362 for 3,900 kWh per year, according to Canstar Blue.

On the other hand, on June 24 2021, ReAmped Energy was offering the cheapest electricity deal in New South Wales on the Canstar Blue site. It cost just AUD $994 for 3,900 kWh per year. This is 32 per cent less than the reference price. Therefore, it is almost one-third cheaper than the electricity Origin Energy, Energy Australia and Momentum Energy offer.

When looking at the cheapest energy rates on Canstar Blue by state, a similar picture emerges. Of the big three energy providers, only AGL’s Essentials Plus package in Queensland appears as a cheap option. It offers a rate of AUD $1,187 for 4600 kWh per year. This is 21 per cent below the AER reference price of AUD $1,508 per year.

However, even AGL’s deal is not the cheapest. In Queensland, ReAmped Energy’s Advance package is just AUD $1,038 for 4600 kWh per year. It is 31 per cent below the reference price. The big three are never the best deal in terms of price, according to June 24 2021 data on the Canstar Blue site.

Canstar Blue also gives users the opportunity to explore the cheapest gas energy rates. Results are given by state. Similar to electricity, the big three are rarely the lowest cost gas providers. Smaller retailers, such as GloBird Energy and Momentum Energy, offer the cheapest energy rates across Australia.

For example, in the state of New South Wales, Canstar Blue compares the prices that providers offer for yearly gas usage of 18,542MJ through the Jemena network. On June 24 2021, GloBird Energy was offering the best energy rate in terms of price at just AUD $611.

However, this price is conditional on two discounts, including receiving one per cent off the bill by paying via direct debit. Alinta Energy and Simply Energy offered the next two cheapest rates of AUD $618 and $627, respectively. AGL’s Essential Plus package was the fourth cheapest at AUD $681.

For Victoria, Canstar Blue compares the prices for yearly gas usage of 29,830MJ through the Australian Gas Network Zone 2 in Melbourne. In this case, on June 24 2021, Momentum Energy provided the lowest cost energy rate of AUD $793 for the year. However, this deal is contingent on receiving AUD $50 off the bill for new customers.

The cheapest gas bill in Victoria without a discount is GloBird Energy’s Easysave package, according to data obtained on June 24 2021. This cost just AUD $801 per year. The next cheapest option was AGL’s Essential Plus plan at AUD $805. Energy Australia follows AGL with an offer of AUD $816 for the year. 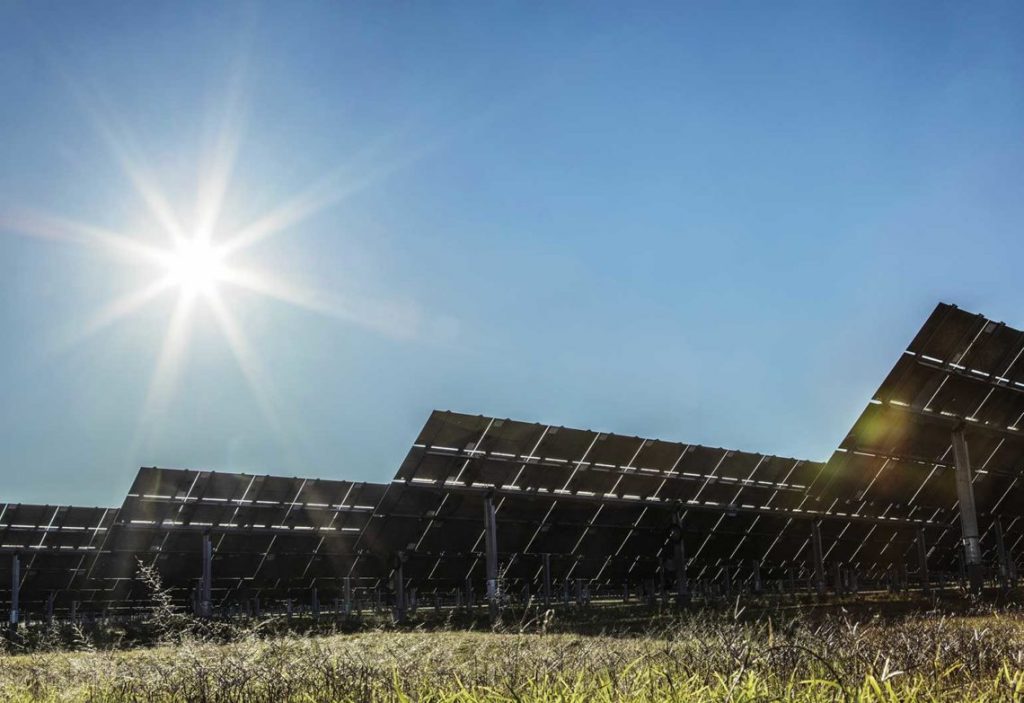 No energy company in Australia can claim that it sells renewable energy exclusively. Retailers market electricity from the national grid. This consists of both clean and dirty energy. Therefore, it is impossible for consumers to choose only green energy.

Nevertheless, some Australian retailers offer GreenPower. It is a government-led initiative that gives retailers the opportunity to offset some or all of their customers’ power usage. They can do so through the purchasing of electricity from renewable generators. In other words, they add energy from accredited wind, solar, hydro or other renewable generators to the Australian grid on behalf of the customer.

Using GreenPower increases the customers’ energy rates. It costs about 5 to 10 cents more per kWh. Customers can also opt for lower levels of GreenPower, such as 10 to 20 per cent of their energy usage, to reduce their bills. The additional money spent through the GreenPower scheme is invested in the Australian renewable energy sector. 23 energy retailers offer GreenPower, including all of the big three.

Does Australia have a feed-in tariff?

A feed-in tariff (FiT) is an initiative created and implemented by many countries around the globe. FiT credits customers for any unspent electricity that their solar power system sends back to the power grid. Currently, some states in Australia offer a feed-in tariff, but several others do not.

Overview of the Australian energy market

The Australian electricity and gas market has been changing with the introduction of smaller companies providing gas and electricity. But the source of Australia’s energy remains caught in a juxtaposition between new clean renewables and dirty old fossil fuels like gas. Government-accredited programmes, like GreenPower, encourage consumers to contribute to green energy. Nevertheless, that same government is also committing AUD $600 million for a new gas power plant in New South Wales. They claim that this will provide cheaper energy rates.

But, gas prices in Australia have been increasing steadily since the country began exporting huge quantities of liquid natural gas. The Reserve Bank of Australia says that as long as these exports continue, they will continue to influence wholesale prices. On the other hand, renewable energy is already competing with gas in terms of price. It would actually be cheaper for the country to transition straight to clean energy rather than expanding its use of gas first.

Ultimately, Australia’s investment in gas instead of renewables will lead to stranded assets. This means that their investments will not generate a viable economic return. Demand for fossil fuels, such as natural gas, is in “terminal decline across the world”. Australia’s ‘gas-led recovery’ is a poor decision for both its environmental impacts and influence over energy rates.