What Is Carbon Capture and Storage (CCS)?

Home » What Is Carbon Capture and Storage (CCS)?

In July 2021, the oil giant Chevron celebrated a “significant milestone” in Australia. Its liquefied natural gas (LNG) facility in Gorgon, Western Australia, had captured and stored five million metric tonnes of carbon dioxide. This is equivalent to taking more than 1.6 million passenger vehicles off Australia’s roads for a year. The Gorgon complex was billed as a major ‘test case’ for carbon capture and storage (CCS) technology across the world, given that companies and governments say that CCS is vital to stop climate change.

However, despite receiving large investments from one of the world’s top oil companies, the project has fallen behind with its targets. It projected that it would capture and store around 80 per cent of Gorgon’s gas field emissions over its first five years. But, it has missed its target by nearly half, according to one analyst.

Carbon capture and storage is a notoriously tricky field. It is littered with false dawns, broken promises and truckloads of taxpayers’ money buried deep in the soil. Even the International Energy Agency (IEA) – a proponent of CCS technology – admits that it has not lived up to its promises. Chevron argues in its press release that “it takes time to optimize a new system to ensure it performs reliably over 40-plus years of operation”. 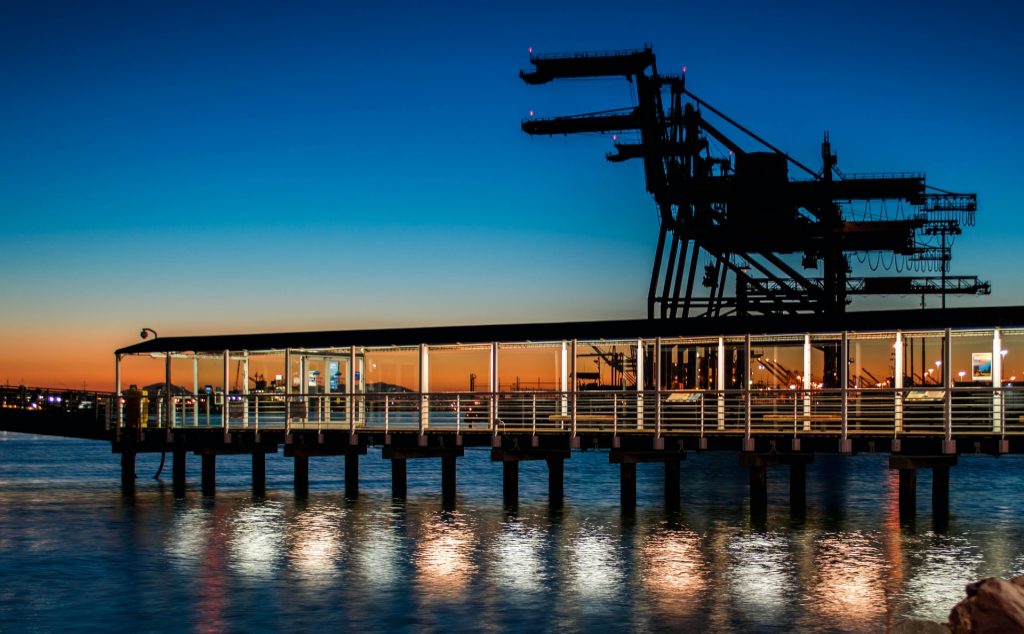 Carbon capture and storage (CCS) technology offers a way to capture the carbon dioxide released during an industrial process. This could be at a power station, while smelting steel, creating cement or at a natural gas facility.

CCS technology aims to stop the CO2 emitted by factories from reaching the atmosphere. The carbon is stored, therefore, it is locked away for long periods of time. In most cases, the carbon is stored underground. Rapidly rising carbon dioxide emissions are heating up our planet and destabilising our climate. Therefore, stopping carbon emissions from entering the atmosphere, for example, through CCS, is key to achieving that goal.

Success of CCS in Europe

But, CCS technology has not been overly successful in Europe so far. In 2006, Norway pioneered the development of a carbon capture plant. It aimed to capture emissions from its gas and oil facilities. But, the project was shut down in 2013 following delays and cost overruns. Norway’s Auditor General subsequently said in a report, “the complexity of implementing CCS was underestimated in 2006”.

The country’s failure has caused other countries to be hesitant with investing in carbon capture technology. It is often deemed as an expensive technology that does not live up to its promises. But in recent years, as climate change has become an urgent issue, there has been a renewed focus on it.

What are the limitations of CCS?

A big part of the problem with reducing carbon emissions is that essential industries, such as steel, iron and cement, emit significant amounts of carbon dioxide during production. These industries require super-hot blast furnaces, which are difficult to power by electricity. Steel companies say that decarbonisation would cost hundreds of billions of dollars. “With oil and coal, you know it needs to go away. With combustion vehicles, they need to go away”, one analyst told the Financial Times, “With steel it’s more complicated.”

Therefore, encouraging certain industries to use emissions-free energy sources is no easy task. But, it is necessary. The iron and steel industries are the “world’s largest industrial source of climate pollution”, said one recent report. The IEA says that heavy industries, such as iron, steel and cement, account for almost one-fifth of global CO2 emissions today. “CCUS is virtually the only technology solution for deep emissions reductions from cement production. It is also the most cost-effective approach in many regions to curb emissions in iron and steel and chemicals manufacturing.”

How can these limitations be overcome?

Some believe that fossil fuels are not always necessary for heavy industries to operate. A new solar farm in Colorado, US, is being built to supply power for a steel mill. It is the largest on-site industrial solar facility in the world, according to the developer. It is installing 750,000 solar panels, enough to supply almost all of the mill’s energy needs.

Similarly, cement production contributes to about eight per cent of the world’s carbon emissions. This is mostly down to making ‘clinker’ – a key binding agent for water and gravel. New start-up companies are now investing in creating new types of binding materials to replace clinker and cut carbon emissions. ‘Green cement‘ is seen as an important but necessary hurdle.

Therefore, it could be more cost-effective to build clean sources of energy or to create carbon-free alternatives for heavy industry. This would be cheaper and easier than relying on expensive carbon capture and storage technology to cut emissions.

Carbon capture technology promises to reduce greenhouse gas emissions by capturing them at the source. There are a number of different technologies listed by the IEA that are used to capture carbon. These methods include chemical absorption, physical separation, oxy-fuel separation and membrane separation. The most advanced and widely adopted capture technologies are chemical absorption and physical separation. There are several other methods too, but they are either limited in use or in the early stage of development. Each process has its advantages and disadvantages, depending on whether it is possible to retrofit the power station with CCS technology.

Once the carbon dioxide is captured, it has to be compressed. This is so that it can be more easily transported via pipelines, tankers or ships. Pipelines are the cheapest way to transport compressed CO2. However, in most cases, CO2 is transported in small amounts by trucks or rail for use by the food and drink industry.

Finally, once the compressed carbon reaches its destination, it is stored or used to make products. Many companies are investing in injecting carbon into the seabed or under the ground to store carbon there indefinitely. This removes carbon from the atmosphere and stores it for potentially thousands of years. At the CCS facility in Gorgon, Chevron has stated that the captured carbon is injected two kilometres below the ground. 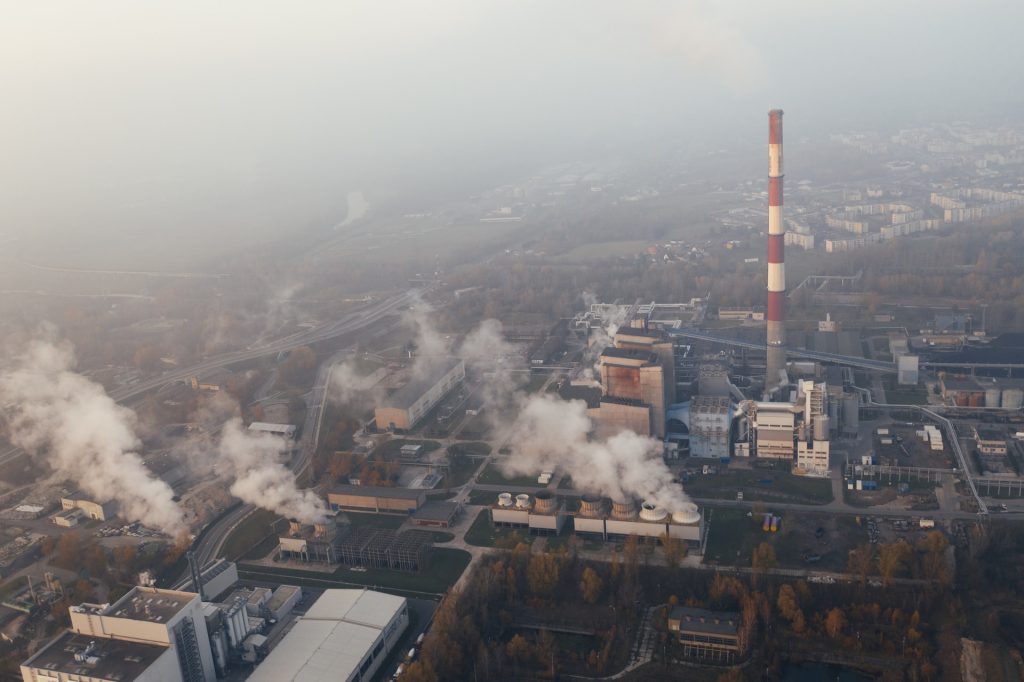 Criticisms of carbon capture and storage

In 2020, there were approximately 51 carbon capture facilities in operation and development around the world. Most of these are still in production and not fully operational. Critics say that even if all these facilities were fully operational, they would only capture a very small amount of carbon.

Critics also say that the promise of carbon capture allows the fossil fuel industry to carry on polluting indefinitely. It does not have an incentive to invest in clean energy projects and instead relies on its carbon emissions being captured.

Promises to develop ‘clean coal’ is one such example. Its proponents said that ‘clean coal’ would allow industries to continue using coal while capturing its harmful emissions. In 2017, the Kemper County energy facility in Mississippi, widely regarded as one of the world’s biggest proofs-of-concept for clean coal, admitted defeat. The project to capture carbon from coal was wildly expensive and delayed beyond projections. The project was terminated, and ‘clean coal’ was regarded as a non-starter. This poses the question as to whether this could also happen with the CCS industry.

Why should we reduce greenhouse gas emissions?

CO2 is a particularly dangerous greenhouse gas because it traps heat for thousands of years and does not dissipate easily. In contrast, methane is another greenhouse gas that dissipates in a decade or so. But, it also traps far more heat – 90 times more than carbon dioxide over a 20 year period. Rising carbon dioxide levels in the atmosphere are leading to higher temperatures across the planet. 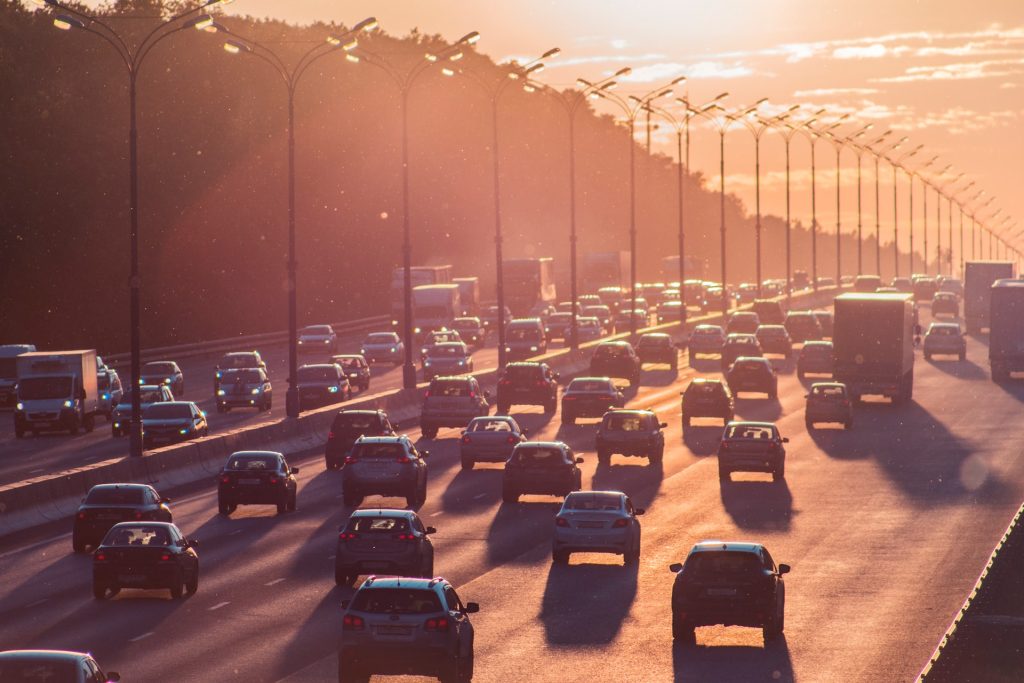 How do fossil fuels contribute to greenhouse gas emissions?

Fossil fuels are primarily responsible for rising greenhouse gas emissions. We burn coal or gas to generate power or to heat up steel. We also burn oil to run cars, ships and planes. The burning of these fossil fuels leads to carbon dioxide emissions. In turn, this raises global temperatures.

Of all fossil fuels, coal is the dirtiest in terms of emitting greenhouse gases. However, natural gas – also known as methane – is not that far behind. While gas is cleaner than coal in terms of CO2 emissions, its extraction and production lead to methane emissions in the air. Also, as mentioned previously, methane is far worse than carbon dioxide over a 20 year period. Scientists say that cutting methane emissions may be the fastest way to reduce our greenhouse gas emissions over the short term.

Australia has a particularly high level of carbon emissions per person. This is because Australia relies heavily on fossil fuels as a primary energy source and particularly on coal for producing electricity. Three-quarters of Australia’s emissions come from the energy sector alone. This includes power plants, transporting fossil fuels to the energy sector and emissions from fuels. Another 15 per cent of emissions come from transport, including cars.

Is CCS technology the future?

This article illustrates that while carbon capture may be useful in limiting or slowing our rate of carbon emissions, it will not end them. To stop global warming and climate change, scientists say we have to stop using fossil fuels entirely. That means keeping them in the ground rather than burning them to generate electricity or fuel our cars.

There are alternatives and, thanks to technology’s progression, it is now cheaper to generate electricity from solar and wind power than fossil fuels in Australia. In most parts of the world, clean energy is cheaper than coal and oil. Even if the cost of carbon capture is reduced, it will only scrape the surface of total carbon emissions. In other words, carbon capture and storage cannot be a substitute for cutting fossil fuels.