Coal Seam Gas Fracking: Why Is It So Prevalent in Australia?

Home » Coal Seam Gas Fracking: Why Is It So Prevalent in Australia?

Australia Pacific LNG is the largest gas producer on Australia’s east coast. It is seeking government approval to drill up to 7,700 new gas wells in the state of Queensland. This includes coal seam gas (CSG) fracking nearly 1,000 wells, some close to the Carnarvon National park. Environmental groups are voicing concern over its potential impact.

Coal seam gas fracking is nothing new down under. The commercial production of CSG began in 1996 in Queensland. It is now an integral part of eastern Australia’s gas industry, especially in Queensland.

But, the practice is problematic for several reasons. Extracting gas in this way puts a strain on limited groundwater resources. It can cause environmental harm by damaging underground aquifers and impacting wildlife habitats. Moreover, it produces methane – a particularly potent greenhouse gas and a key driver of global warming.

What is coal seam gas?

Coal seam gas consists almost entirely of methane, usually between 95 and 97 per cent. It is colourless, odourless and non-toxic. Like other forms of natural gas, Australians use coal seam gas in household stoves, heaters and hot water systems, industrial processes, and for electricity generation.

Methane usually makes up around 90 per cent of conventional natural gas. The remaining 10 per cent includes ethane, propane, butane and other hydrocarbons. The majority of Australia’s conventional gas reserves are located offshore.

Natural gas is most commonly found in permeable sandstone reservoirs. In some cases, however, it collects in subterranean coal seams, where it bonds to the surface of coal particles. Water fills the coal seams, and the pressure it creates holds the gas onto the coal’s surface. Obtaining the gas often requires the use of coal seam fracking. 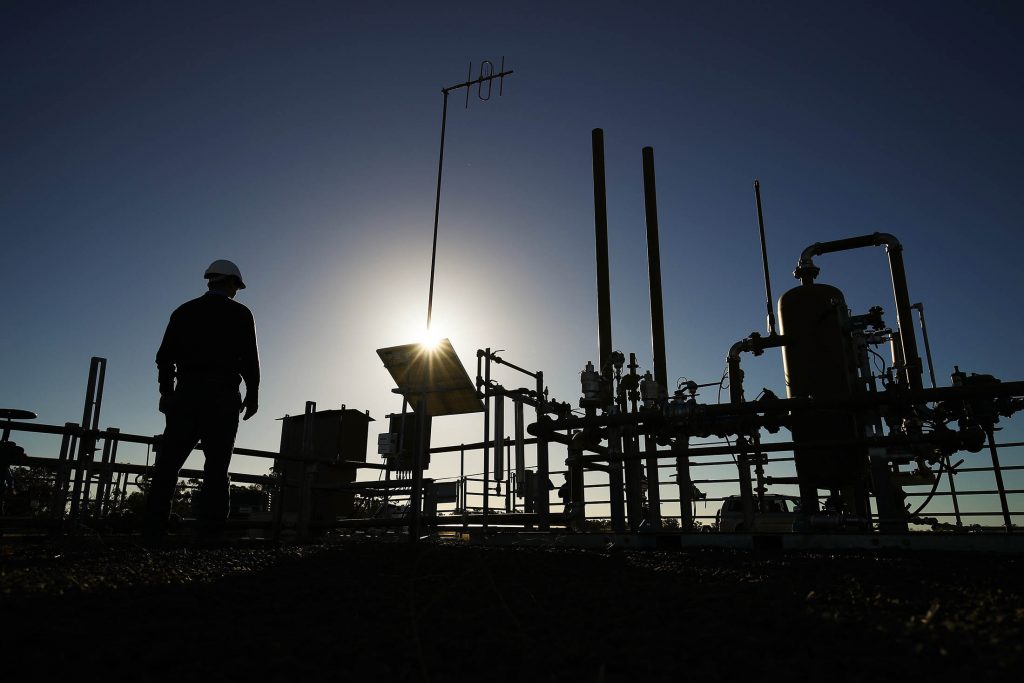 How is coal seam gas extracted?

Extracting coal seam gas first requires the extraction of water. This relieves the pressure on the gas, permitting it to flow away from the coal. How much water must be removed to allow this to happen depends on the individual well, coal seam, coal basin and geological conditions.

What is coal seam gas fracking?

Coal seam gas fracking is the use of hydraulic fracturing – or fracking– to extract natural gas from coal seams. Fracking occurs when there are few natural pathways in a coal seam for water and gas to flow. It is also more common where coals are not particularly permeable.

Coal seam gas fracking involves injecting high-pressure fluid into a coal seam. This forces existing fractures open and also creates new ones. Mixing a ‘proppant’, such as sand, into the fluid ensures that the fractures remain open once the pressure is released. The purpose is to improve the removal of water. This then allows the extraction of natural gas.

The danger of contamination from fracking

Gas companies also force a cocktail of chemicals into rock formations during fracking. For example, some use endocrine-disrupting chemicals (EDC). They can remain in the environment for decades and can be extremely toxic for humans and wildlife. They are dangerous because they can interfere with hormones in the body and affect both development and function. For example, exposure to small quantities of EFC is connected with a catalogue of problems, including reproductive and developmental disturbances, cancers and nervous system disorders.

Wastewater from fracking is brought to the surface. It can contain high levels of these toxic chemicals. Proper management is imperative to avoid the contamination of water supplies. However, in Australia, endocrine disruption research is lagging behind Europe and North America. There are concerns that safe management of these fracking chemicals is not being achieved.

The prevalence of coal seam gas fracking in Australia

Australia Pacific LNG estimates that it needs to use hydraulic fracturing on 30 to 40 per cent of its wells. It describes it as enabling “a more effective release of gas and water from underground reservoirs”. But this ignores the environmental concerns that the extraction and use of this natural gas entails. CSG provided nearly one-third of the country’s overall gas production in 2015-16. Now, production from Australia’s major coal seam gas reserves is growing rapidly in the Surat Basin.

A recent article in the Canberra Times described Australia’s environmental and health assessment system for gas projects as “broken”. It refers to the approval given for the Narrabri CSG project in 2020, despite an inadequate health impact assessment and before most of the research was even undertaken. Even worse, approval was granted without addressing most of the recommendations provided by the 2014 NSW Chief Scientists’ Independent review of Coal Seam Gas Activities. Part of the problem is a lack of funding for independent, community-driven health studies in Australia. 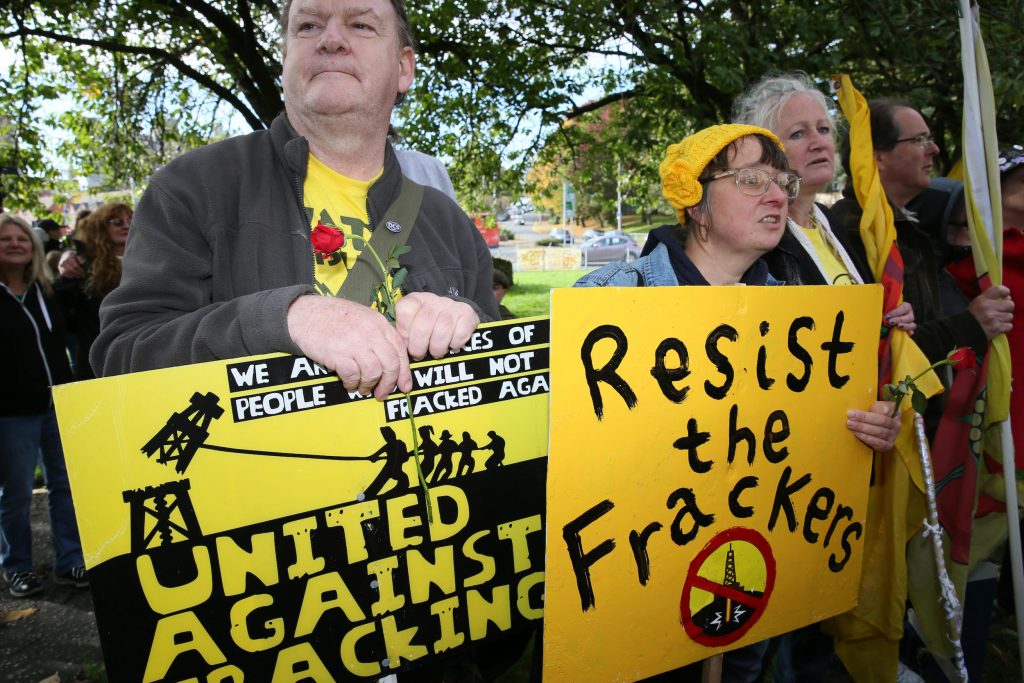 Coal seam gas fracking is so prevalent in Queensland because of the state’s regulations and policies. For example, the Queensland government introduced a scheme in 2000 requiring that 13 per cent of all power supplied to the state must be generated by gas by 2005. That requirement was increased to 15 per cent by 2010 and to 18 per cent by 2020.

In contrast, the states of Victoria, South Australia and New South Wales have banned onshore gas production to varying degrees. Victoria’s laws are particularly strict. They have banned all onshore exploration and development for the past seven years. This will change from mid-2021 when exploration for conventional deposits will be permitted. But, developing the extraction of unconventional gas, including coal seam gas fracking, will remain banned.

Will coal seam gas fracking continue to be prevalent in Australia?

In late 2020, state governments in New South Wales, Queensland and Victoria introduced new plans to promote investment in renewable energy projects. Meanwhile, however, the federal government is supporting a ‘gas-fired’ recovery of Australia’s economy. This involves allocating funding to develop five new gas basins. There is a risk that these investments could become stranded assets as Australia and the rest of the world transition to clean energy.

Nevertheless, for now, at least, it seems that coal seam gas fracking will remain prevalent in Australia. According to the latest government figures, fossil fuels still have a monopoly over the country’s electricity generation. Coal and gas contribute about 75 per cent and 16 per cent respectively of the total.

However, a more recent report suggests that renewables now collectively account for more than gas at 27.7 per cent of the total. However, whilst the government continues to greenlight and fund additional gas projects, it will be a long time before clean energy can break the hold of oil, coal and gas. We can only hope this occurs before global warming causes more irreparable damage to our planet.