No more fossil fuels: Countries need to accelerate their transition away from fossil fuels to avoid catastrophic climate change, a new report states. It issues a stark warning that even if fossil fuel expansion were to stop immediately, the world would still exceed the Paris Agreement’s goal to limit global warming to 1.5°C by 2030.

The Fossil Fuel Exit Strategy report was produced by the Institute for Sustainable Futures (ISF), University of Technology, Sydney, in cooperation with the Fossil Fuel Non-Proliferation Treaty Initiative. The report is available here.

The report highlights how every continent now has the capability to replace fossil fuels and natural gas with clean energy. In fact, it estimates that solar and wind energy could power the world 50 times over. This is based on global demand in 2019.

It calls for governments to accelerate winding down coal, oil and gas production. Otherwise, it warns that the planet will face dire consequences. Even without new fossil fuel exploration, the world would produce 35 per cent more oil and 69 per cent more coal than required to restrict global warming to 1.5°C.

The report also states that Australia’s ‘gas fired recovery’ plans threaten to derail global targets. Australia is one of the world’s largest producers of coal and methane gas. It also warns that countries like China are investing far more public money in renewables than fossil fuel producers like Australia. This could leave Australia behind in the development of clean energy technology. 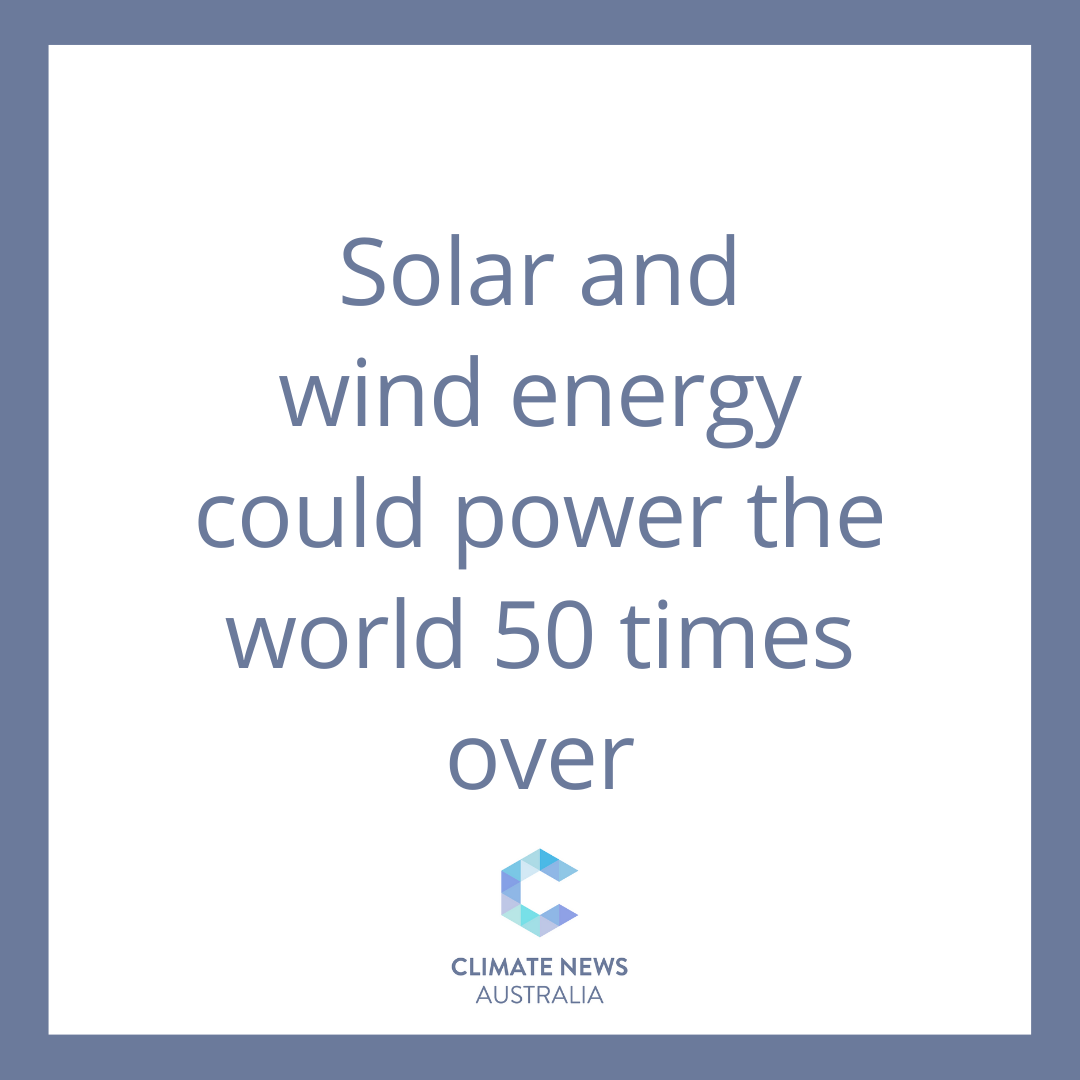 Experts believe that it is cheaper and more sustainable to replace fossil fuels with renewable energy due to its falling prices. Solar and wind power costs have declined at record speeds over the last two decades. Much of this is down to strategic investments by China and the US.

China alone installed 48.2 gigawatts of solar power in 2020, boosting its total solar capacity to 253 gigawatts. That is equal to the total amount of electricity generated by all the countries in Africa combined. China has now installed a third of all solar power capacity globally and continues to set new records. Moreover, in 2020, a record 65 gigawatts of wind energy capacity was projected to be installed in China, a number expected to grow to 68 gigawatts in 2021.

Associate Professor Sven Teske, Research Director at the University of Technology Sydney, said, “The combination of renewable energies, storage technologies and renewable fuels such as hydrogen and synthetic fuels will provide reliable energy supply for industries, future travelling as well as for buildings. The fossil energy industry must be wound down.”

The report’s authors assert that the transition to renewable energy would cover the world’s increased energy needs. It would also create millions of new jobs, reduce air pollution deaths, stabilise energy prices and save taxpayers’ money. 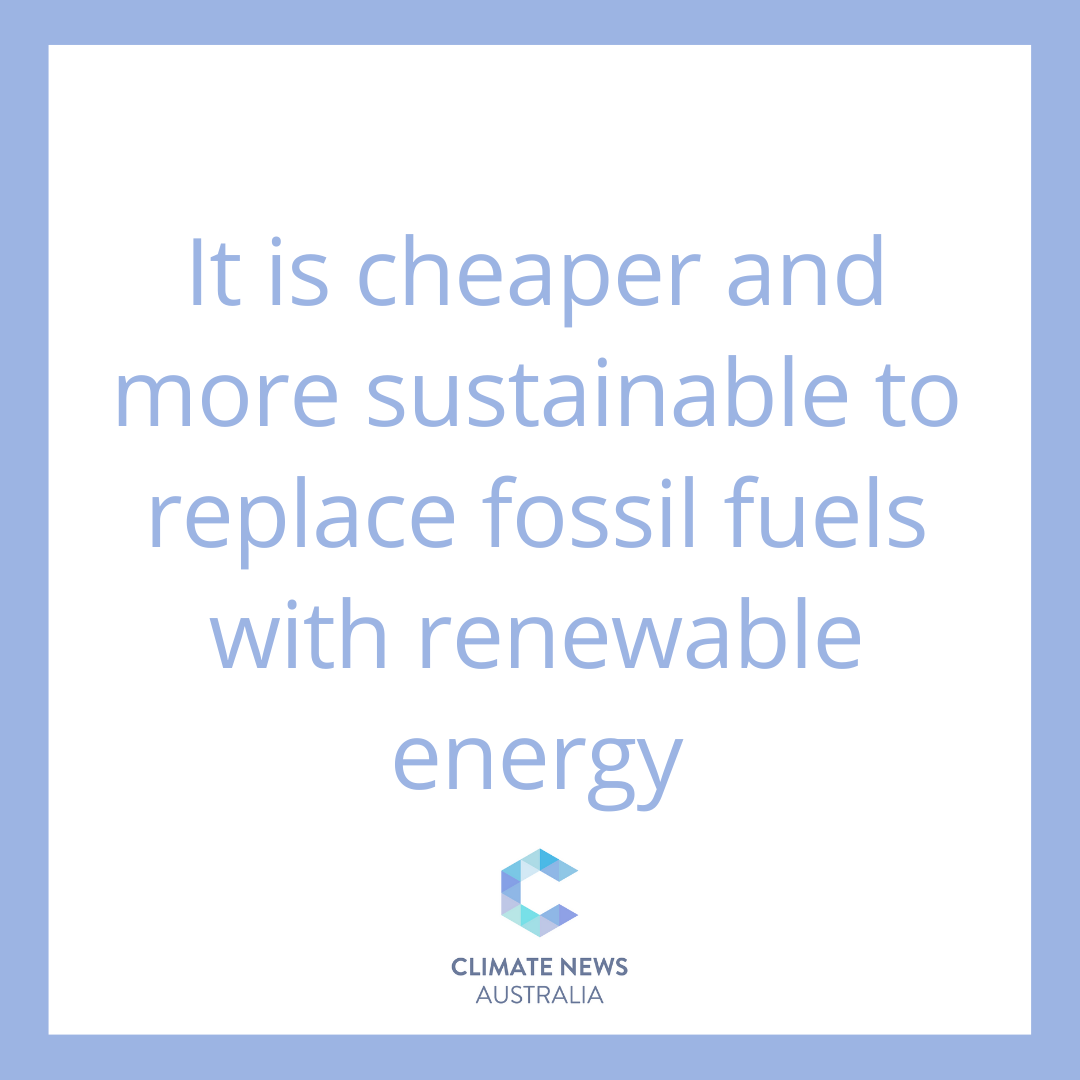 In May 2021, the International Energy Agency (IEA) published a global roadmap to net-zero greenhouse gas emissions by 2050. It claimed that it was the first comprehensive look at how governments could make the transition while ensuring stable and affordable energy supplies, providing universal energy access, and enabling robust economic growth. But, there are some key differences between the scenarios laid out in the reports by the ISF and the IEA.

The ISF warns that the IEA roadmap is too slow in phasing out the production and use of fossil fuels. It underestimates the potential of solar and wind energy in terms of attracting enough investment and scaling up enough to cover global energy needs. The IEA also puts its faith in expensive and unproven technologies, such as carbon capture and storage (CCUS), bioenergy carbon capture and storage (BECCS), and direct air capture and storage (DACS). Moreover, it requires significant amounts of land and government subsidies, says the ISF.

Instead of spending vast government subsidies on these technologies, it would be cheaper to build solar and wind farms instead. It would also offer more energy security, the ISF says. 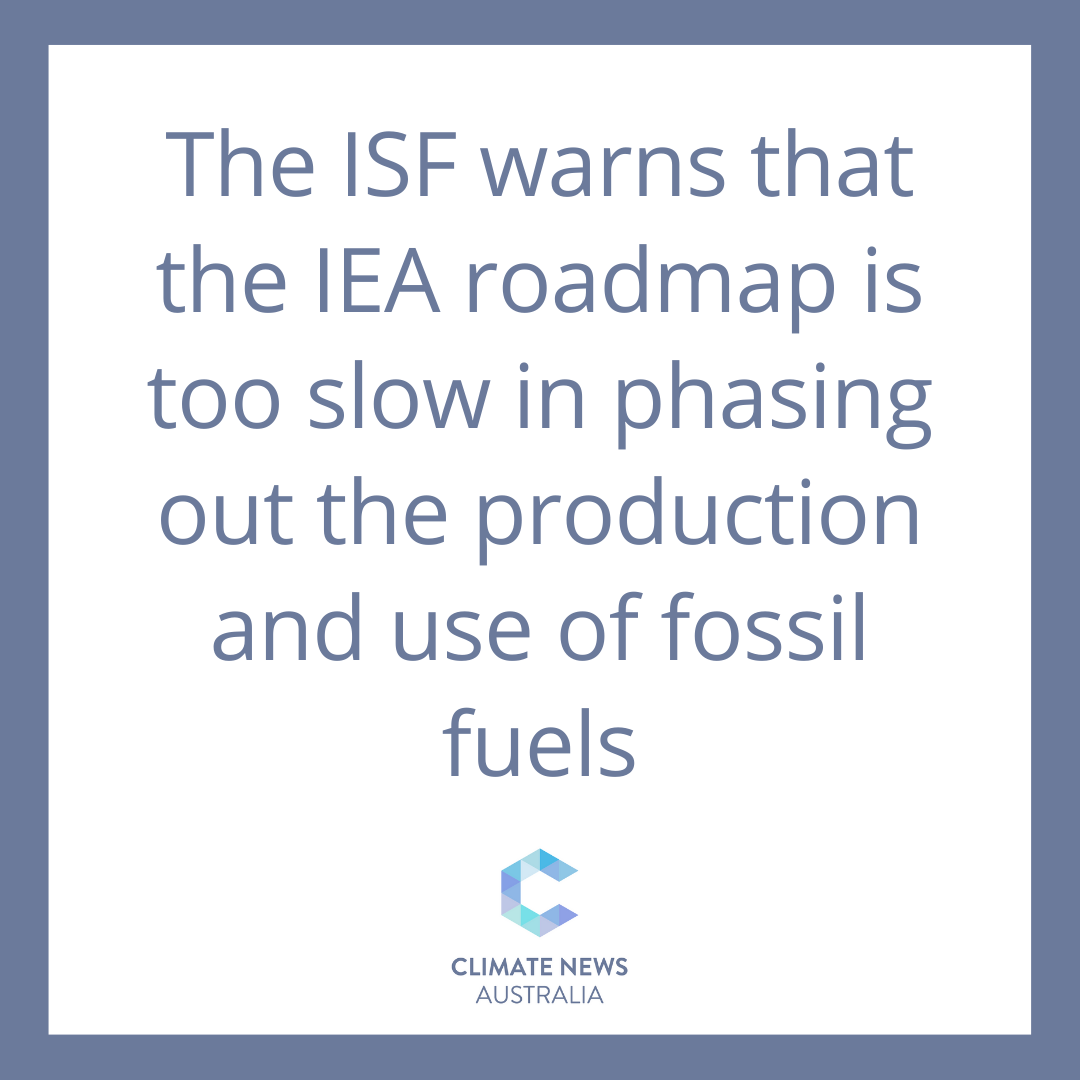 To have even a 50 per cent chance of keeping average global temperatures within 1.5°C above pre-industrial levels, fossil fuel production must decline rapidly over the next decade.

In particular, the ISF report specifies that:

In contrast, the IEA published a slower timeline for phasing out fossil fuels until 2050. But the ISF says that its slower pace increases the likelihood of the world heating up by more than 1.5°C. Scientists say that this would be catastrophic for humans.

Tzeporah Berman, International Program Director at Stand.Earth and Chair of the Fossil Fuel Non-Proliferation Treaty Initiative, said, “This new report shows clearly that we have more than enough fossil fuels above ground and under production and that we have the technology and renewable energy capacity to more than meet the world’s energy needs. Fast tracking a wind down of oil, gas and coal and focusing on expanding renewable production and infrastructure is not only possible, but it will save lives.”