Why EvoEnergy is Slow to Ditch Gas: Locking in a Dirty Fuel

Home » Why EvoEnergy is Slow to Ditch Gas: Locking in a Dirty Fuel

A look at who owns EvoEnergy explains why it is reluctant to leave gas behind. One of the company’s owners has money tied up in gas infrastructure. This has prevented a switch to renewable energy.

EvoEnergy owns and operates the Australian Capital Territory (ACT) electricity network. It also owns the gas networks in the ACT. The ACT government owns 50 per cent of EvoEnergy (under Icon Distribution Investments Limited). Jemena owns the other half. Jemena is a private company. It owns and manages gas distribution networks in Australia. The State Grid Corporation of China (SGCC) and Singapore Power split the ownership of Jemena.

A provider and operator of electricity & gas networks in Australia

In 2020, EvoEnergy announced that it would not connect homes to mains gas in new suburbs. Environmental groups welcomed this news. However, they also criticised EvoEnergy’s plans. That is because the utility company still plans to spend AUD $34.8 million to install gas infrastructure. But only in existing suburbs and apartment blocks. This “risks locking unit dwellers into using polluting fossil fuel well into the future”, said Helen Oakey, Conservation Council ACT Region Executive Director. 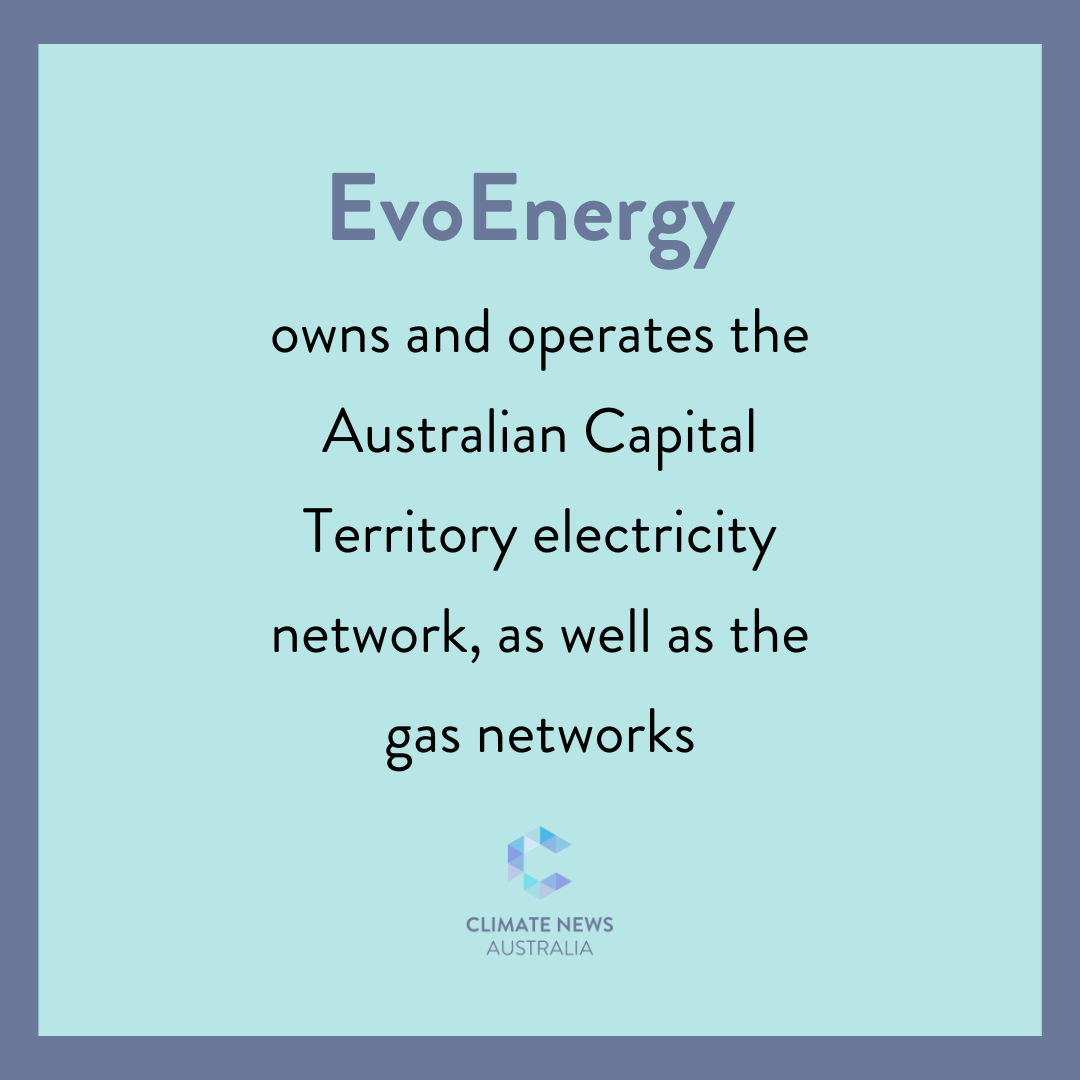 What is EvoEnergy’s relationship with gas?

The reason EvoEnergy still promotes gas is due to money. Its part-owner, Jemena, has invested a lot in gas infrastructure. It needs people to use the fuel to make its money back. “Fuel-switching to renewables could cost billions of dollars in asset write-downs for a Jemena left with stranded gas assets as its market evaporated”, says Matthew Wright, Executive Director of Zero Emissions Australia.

The ACT was Australia’s first state or territory to transition to a 100 per cent renewable electricity supply. Despite this, many homes and businesses are connected to mains gas. EvoEnergy has “160,000 customers connected to the gas network in the ACT and surrounding regions”. These people rely on the fuel, according to the company. They use it for cooking and heating up water and their buildings, according to EvoEnergy. Therefore, it expects its number of gas customers to grow. This conflicts with the ACT government’s goals. It aims to phase out gas completely by 2045. 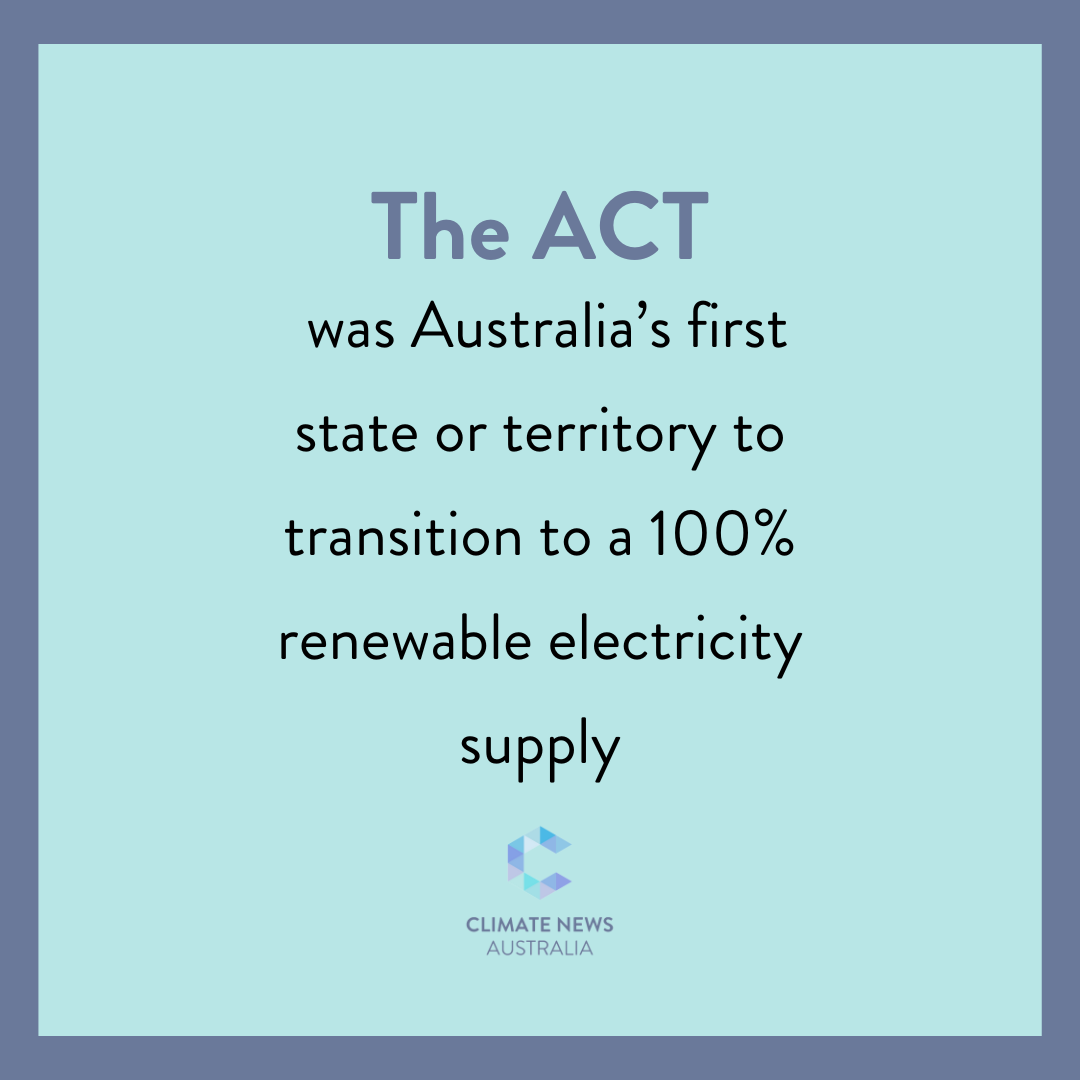 EvoEnergy says its gas networks will allow people to use “renewable gas” in the future. But, unfortunately, such a reality is far off. Until then, gas networks will continue to transport natural gas, which due to its leaks and high composition of methane, is detrimental to the environment. This is also a reason why it is sometimes referred to as “dirty gas”. On top of that, Jemena has made plans to invest even more money in gas pipelines.

This makes it less likely that EvoEnergy will turn its back on gas and lean towards green energy. This may not align with the ACT government’s goals.

What is the federal government’s plan?

The federal government supports investments in new gas production and facilities in Australia, despite promising more action on climate. The government wants to use gas as a transition fuel to replace coal-fired power, rather than invest in renewables now.

This contrasts with the Australian Energy Market Operator’s (AEMO) prediction. Overall gas consumption is likely to fall in the next 20 years, it says. In fact, gas-fired electricity may all but disappear from the grid. It simply will not be able to compete with cheaper renewable energy. This forecast has led private companies to question the federal government’s plan for new gas plants.

Natural gas is also highly polluting. Therefore, it makes little sense to use it as a transition fuel if we aim to reduce emissions.

Is gas a clean energy source?

Natural gas is mostly methane. This is a very potent greenhouse gas (GHG). It warms the Earth 86 times more than carbon dioxide in the short term. Unfortunately, the gas industry releases a lot of methane into the atmosphere, including fugitive emissions. Currently, gas contributes 22 per cent of the ACT’s GHG emissions.

If gas producers grow their businesses, the Paris Agreement will fail. Australia simply does not have room in its carbon budget for expanding gas production. Therefore, gas producers will likely be left with stranded assets. That is if Australia becomes serious about emissions targets. Therefore, Australia’s gas-led recovery plan is not only a danger to the climate.  It also does not make economic sense. A recovery based on cheap renewable energy is a much better option.

Can we power Australia with renewable energy?

In 2020, Australia’s largest power grid used more renewable-energy power than gas. In fact, three times as much. This is because big batteries to store renewable energy offer a better price than natural gas. Wind and solar power are now the cheapest forms of electricity. Therefore, it would be more expensive for Australia to transition from coal to gas. By 2030, renewables could provide up to 90 per cent of electricity in Australia’s grid. This would still be cheaper than non-renewable options.

The ACT is a strong example of this. Since 2011, with its 100 per cent renewable electricity grid, natural gas consumption has fallen in the region. The ACT government also want households to use less gas. It provides them with financial incentives to shift to electric appliances. 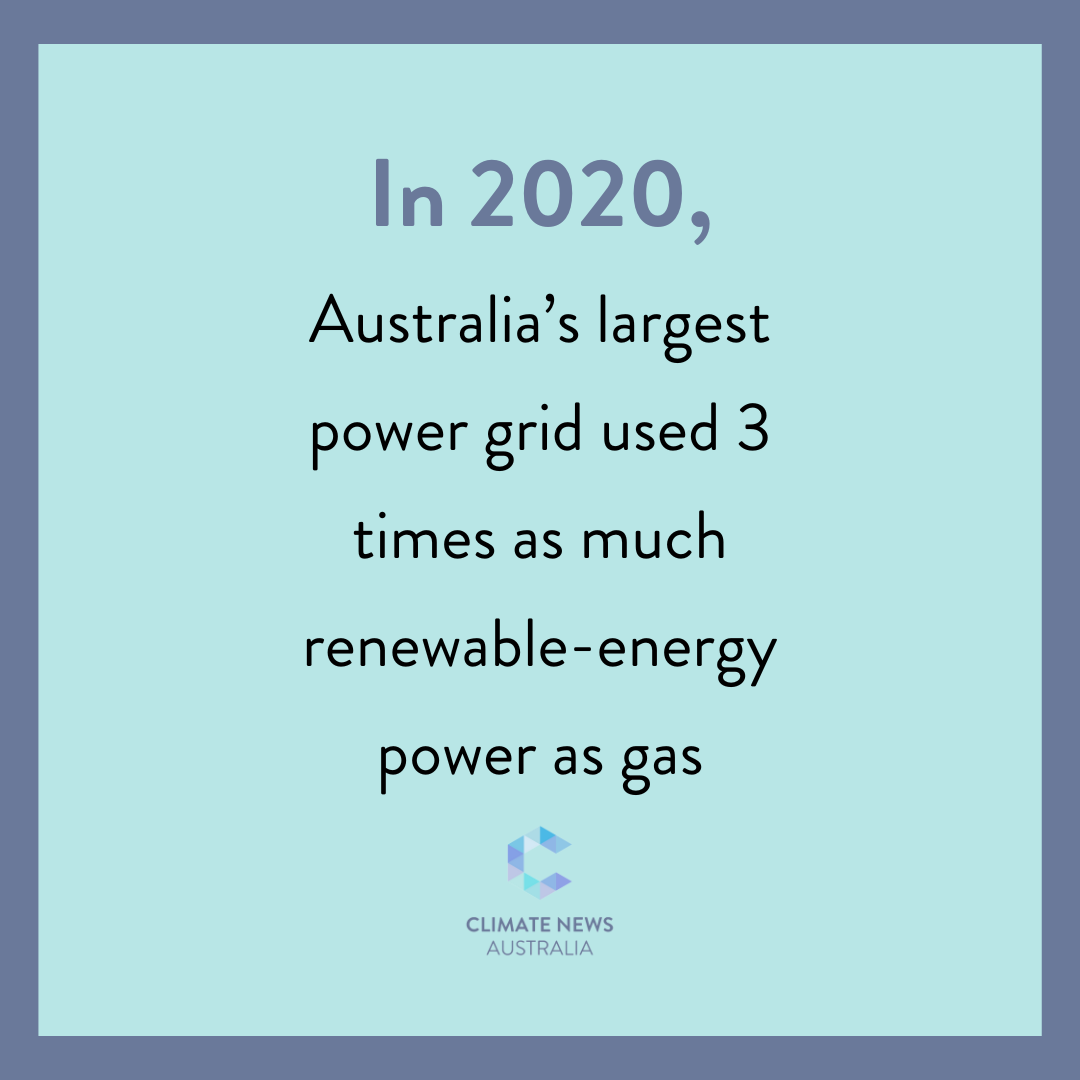 EvoEnergy helped facilitate the ACT’s transition to 100 per cent renewable electricity. It ensures electricity gets to the territory from large-scale wind and solar projects. EvoEnergy also supports renewable innovation. For example, it runs a project that turns rooftop solar into virtual power plants.

However, the company is reluctant to support a transition away from gas use. This is especially the case in homes and businesses. The reason is simple. EvoEnergy owns the ACT gas network. “If it only owned the electricity network and had no affiliation with fossil fuel interests, then it would happily snatch customers from gas networks”, says Matthew Wright.

The ACT’s transition to renewable energy is commendable. But now the government should increase its pressure on EvoEnergy. It is time to ditch gas for good.