Home » Renewables Are Driving Down Australia’s Electricity Price (Video)
Watch this video to find out the reasoning behind Australia’s lower electricity bills.

Low-cost renewable energy is driving down the electricity price per kilowatt hour (kwh) in Australia, a new report has found. Australians paid USD $0.18 per kwh in 2021, meaning Australian households paid the tenth lowest electricity rate among the world’s advanced economies per unit of electricity. This is according to the Australian Energy Council (AEC), which represents 20 of the country’s largest electricity and downstream natural gas producers.

The AEC conducted an international comparison of household electricity prices, using the latest data from the Australian Competition and Consumer Commission (ACCC) in its latest National Electricity Market Review. The data was released at the end of 2021. 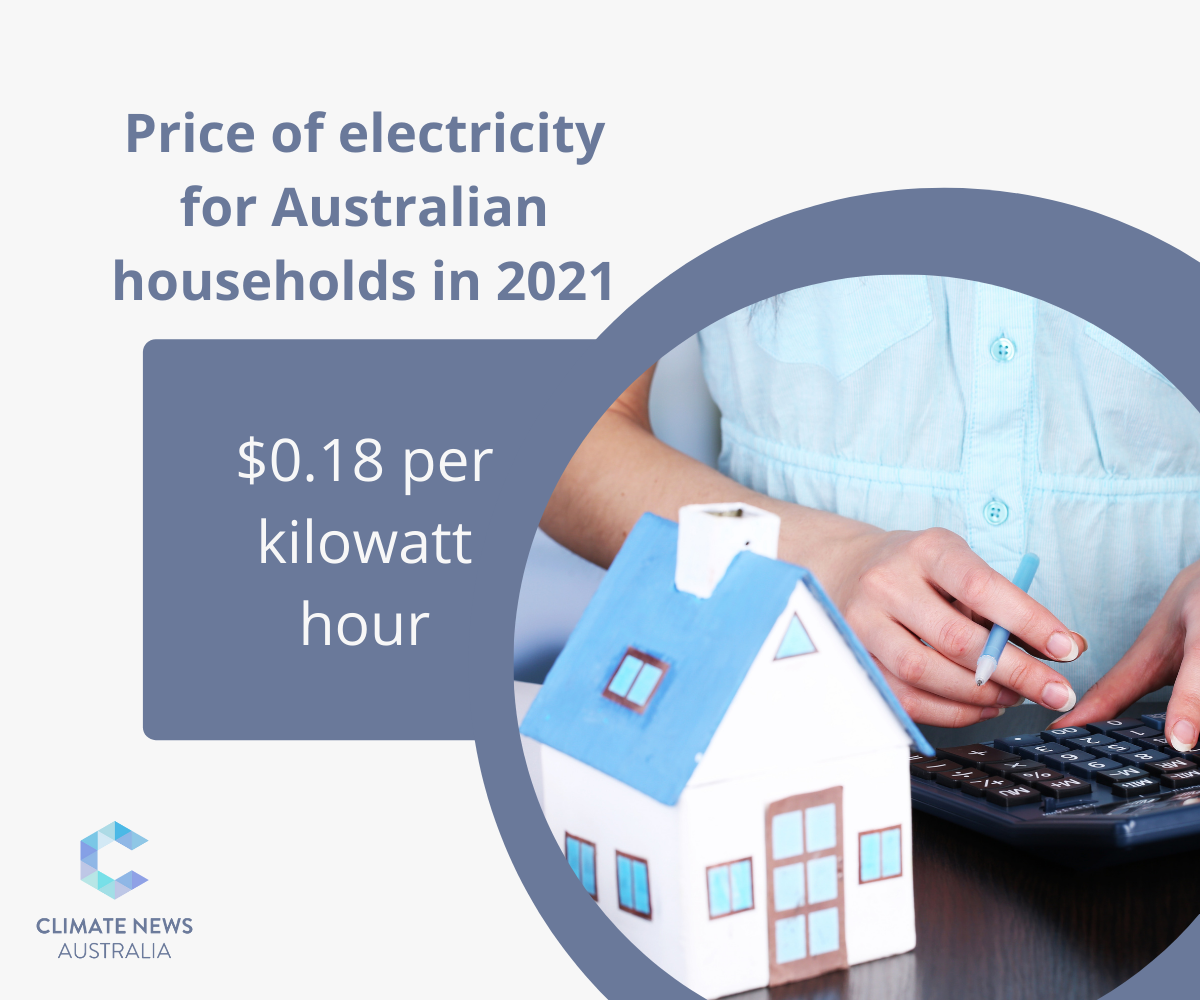 Renewables are pushing down prices

An increase in renewable generation coming online is a key driver of lower electricity prices in Australia, the AEC said. Other factors include a reduction in the cost of coal and gas generation, as well as lower electricity demand due to the impact of COVID-19 on economic activity. Growth in household rooftop solar has also contributed to driving prices down.

The uptick in renewables and its impact on electricity prices per kwh has been seen in other countries too, the AEC said. However, a number of other factors also impact their electricity prices, including infrastructure costs, government policies and the electricity generation mix.

Germany, the Czech Republic and Poland had the highest household electricity bills in 2021. In Germany, more than half of the country’s electricity prices come from the government’s taxes, levies and surcharges. The AEC noted that Germany has an ambitious decarbonisation target for its electricity sector. While it is not the only factor influencing its power prices, Germany’s carbon dioxide tax has played a role. For every ton of carbon dioxide equivalent produced when heating with gas or oil, Germans have been required to pay €25 since the beginning of 2021. This tax includes using petrol and diesel vehicles. 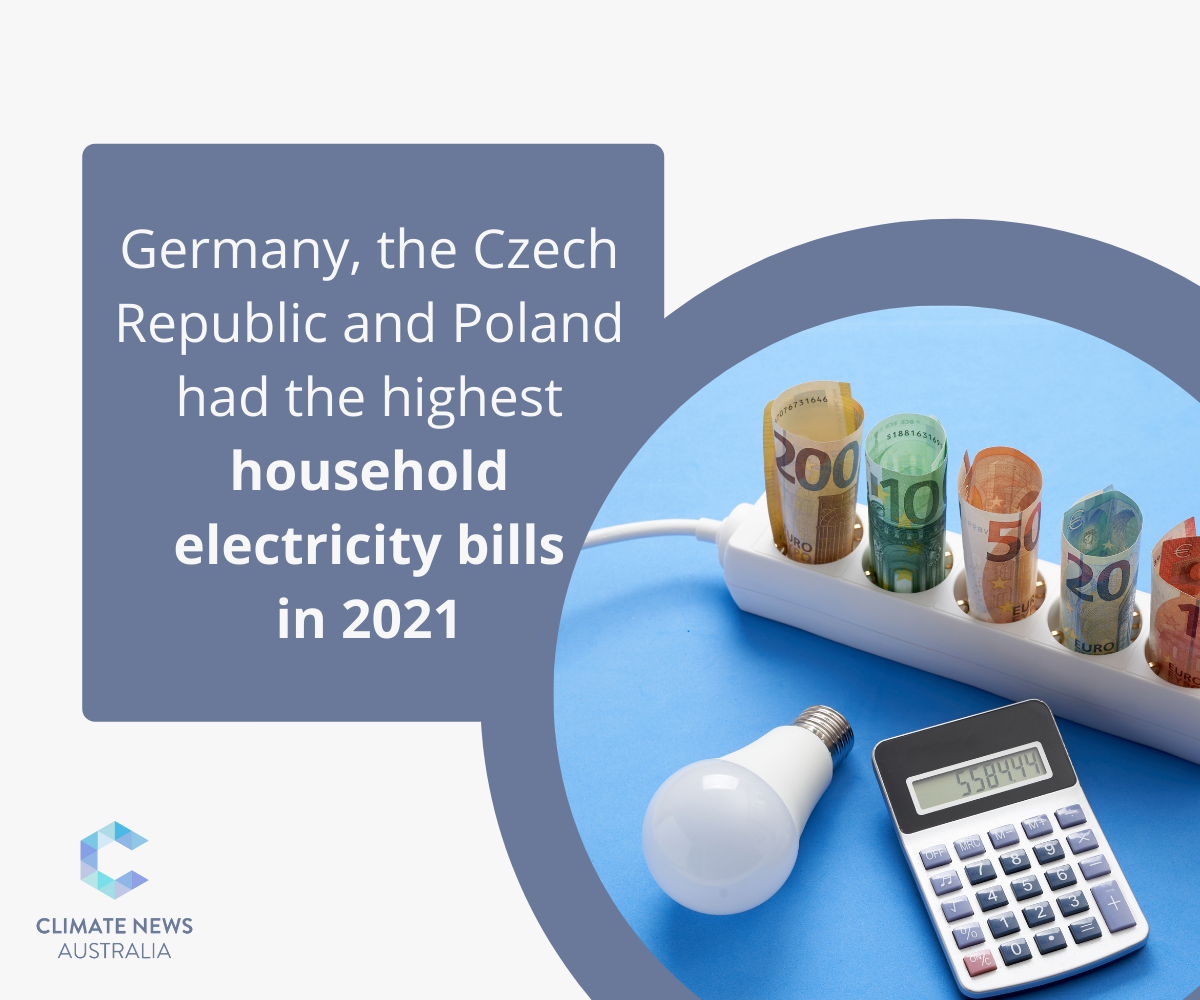 The role of fossil fuels in electricity prices

European countries that are still reliant on coal and gas, like the Czech Republic, are experiencing high electricity prices too. This is because of the European Unions’ greenhouse gas emission allowances. This follows the European Commission’s plans to reduce emissions by 55 per cent by the end of the decade.

Coal is still the biggest source of energy worldwide, despite the vast amounts of carbon dioxide released when it is burned, driving global warming.

The impact of hydro 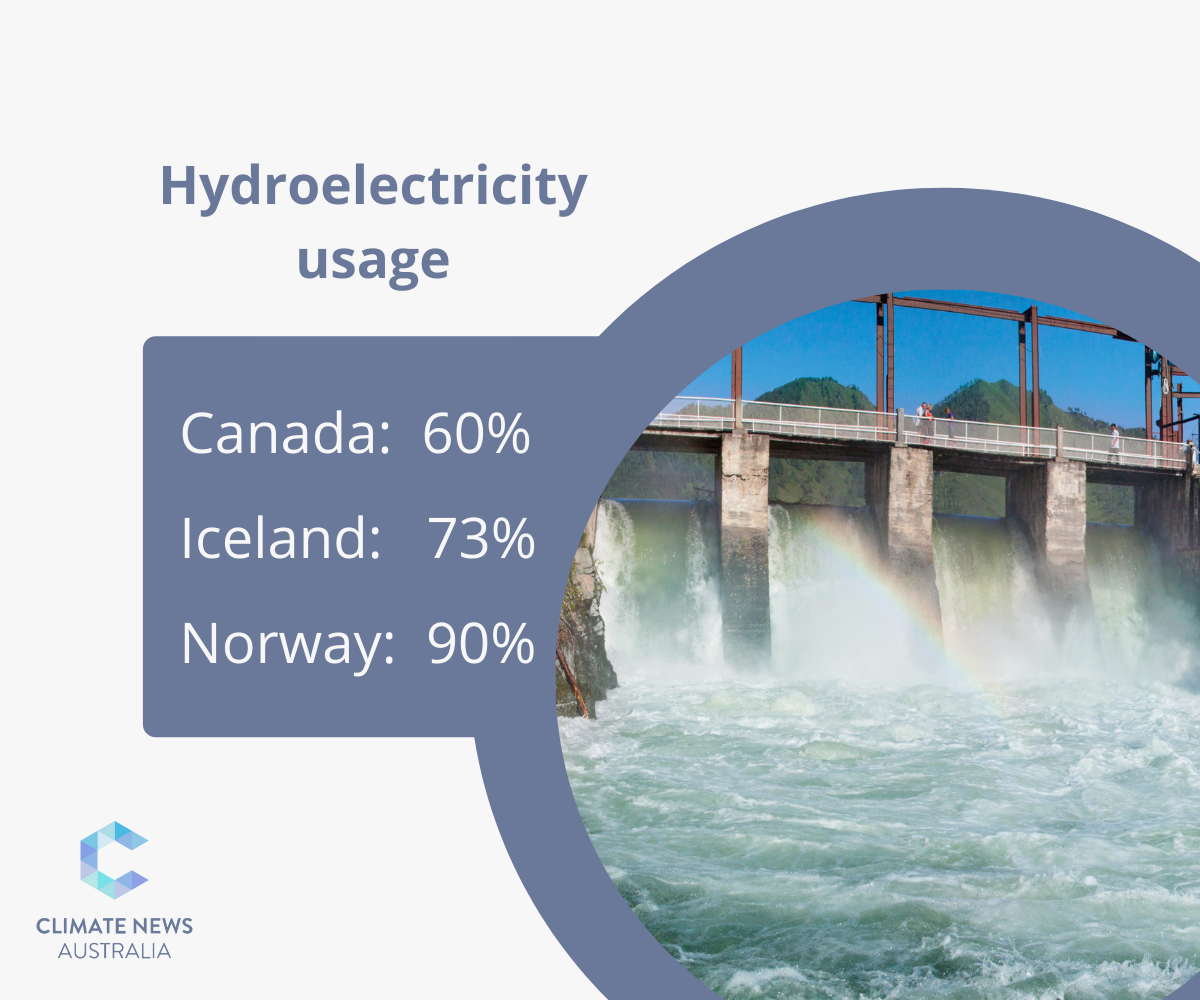 South Korea also has some of the lowest residential electricity prices. But, this is for different reasons. It relies heavily on fossil fuels for electricity, but it keeps these prices down by heavily regulating electricity prices. However, increasing fuel costs from coal and gas, combined with moves by the Korean government to increase the profitability of its state electric company, mean rates will likely increase.