Home » The Coal Industry Is on the Decline and Could Become a Fuel of the Past Soon (Video)
Find out in this video why the coal industry is declining and what this means for Australia.

Coal was the power source behind the Industrial Revolution. But, as the coal industry burns this fossil fuel, it releases vast quantities of carbon dioxide (CO2) into the atmosphere. CO2 is a greenhouse gas and the most important driver of climate change. Consequently, scientists believe that global warming began in the mid-1800s as a result of humans burning coal.

Today, the Earth’s surface temperature has increased by about 1.07°C thanks to human activities. Yet, we are still using fossil fuels en masse. Coal remains the world’s largest source of power generation, providing 36.7 per cent of the total. 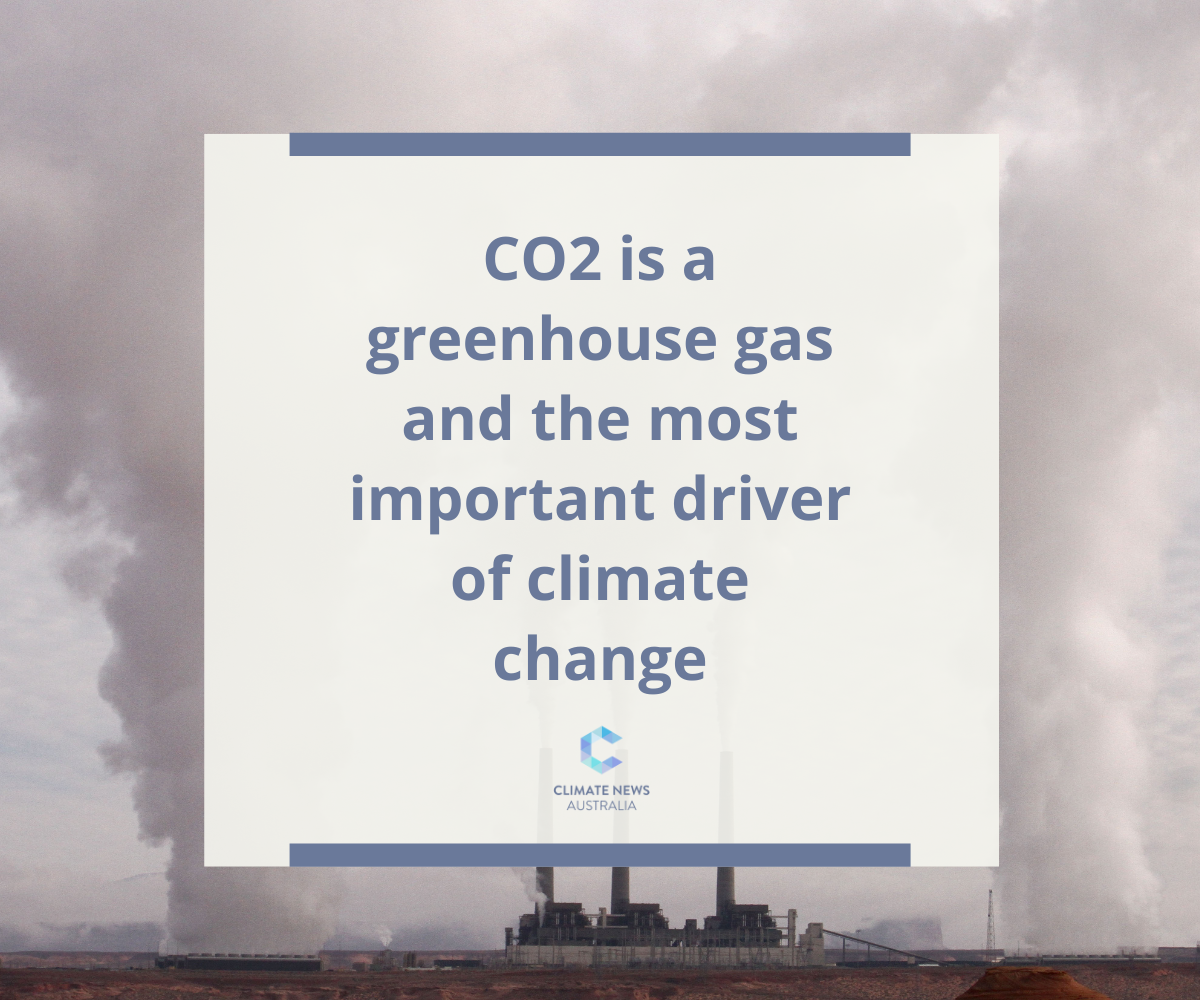 Why is coal so bad?

Coal is the most carbon-intensive of all fossil fuels. It is the single largest contributor to human-caused climate change. Even today, it remains responsible for 46 per cent of all CO2 emissions. Burning the remains of plants from millions of years ago results in 72 per cent of greenhouse gas emissions from the electricity sector.

Part of the problem is that coal-fired power plants are extremely inefficient. Even the most efficient plants operate at about 44 per cent efficiency. They emit 15 times more CO2 than renewable energy systems and twice as much as gas-fired power stations. 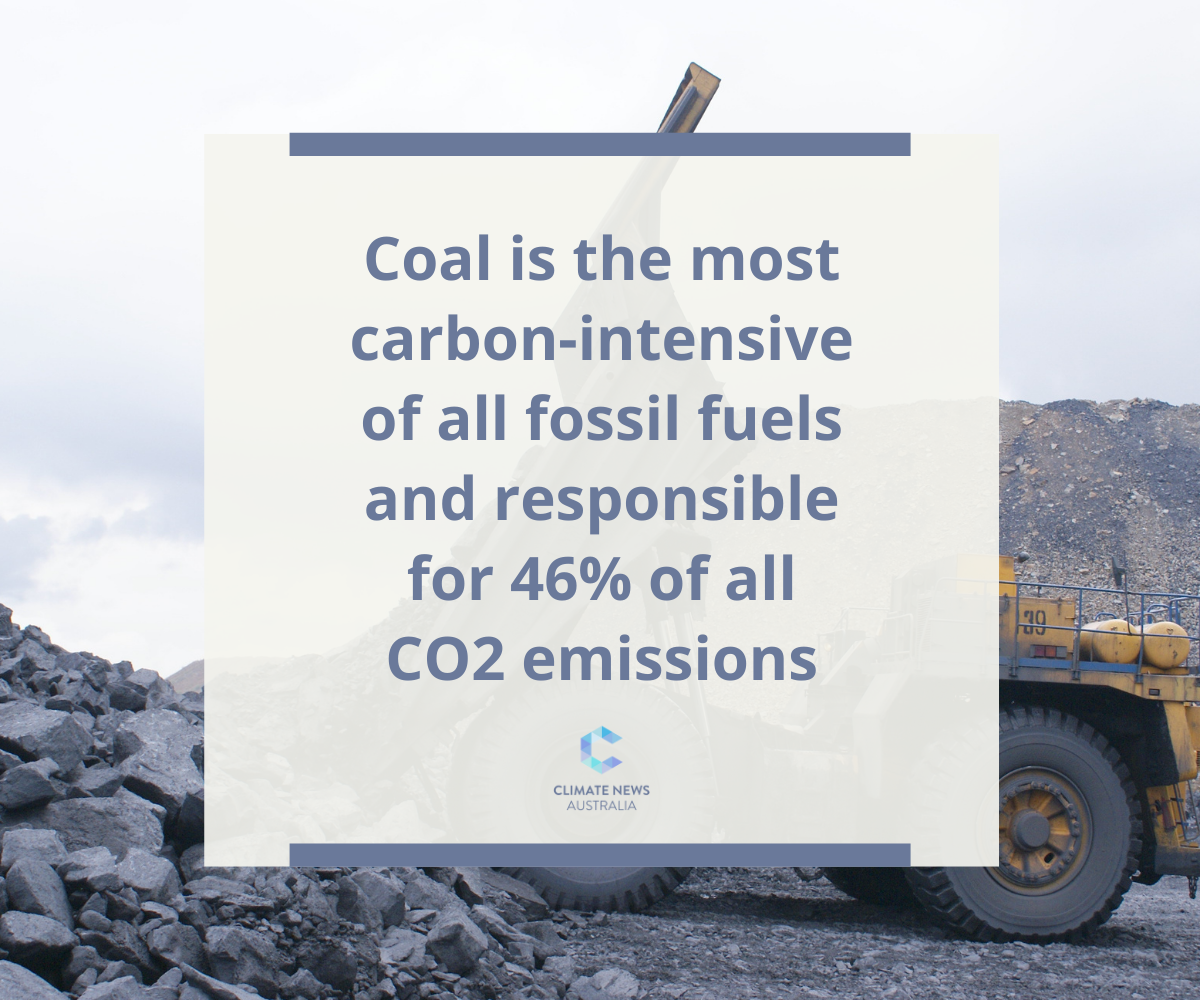 The growth of the coal industry

In China and parts of Asia, coal-fired power generation has grown over the past few years. In some of these countries, it remains the largest source of power generation. For example, the coal industry provides more than 70 per cent of India’s power. It remains vital to South Korea, accounting for 28.5 per cent of the country’s primary energy supply. Likewise, Japan has 150 coal-fired power plants. The dirty fuel continues to supply about 31 per cent of their electricity.

The decline of the coal industry

Despite the ongoing use of coal in these countries, overall interest in the coal industry is declining. Since the signing of the Paris Agreement in 2015, 44 governments have committed to no new coal. A further 40 countries have no coal projects in the pre-construction pipeline. Therefore, they are also in a position to commit to no new coal.

In total, 1,175 gigawatts (GW) of plans for coal-fired power projects have been cancelled since 2015. As of June 2021, the world has subsequently avoided a 56 per cent expansion of the total global coal fleet. Coal-fired power generation fell by three per cent in 2019. Coal consumption fell sharply in Europe and the US. Investment into coal-fired power reached a 10-year low.

The OECD and the EU

In the OECD and the EU, 56 per cent of coal operating capacity has closed since 2010 or is scheduled to close by 2030. Overall, the pipeline of proposed coal power plants in these countries has fallen by a massive 85 per cent since 2015. Proposed projects in the OECD and EU countries account for just six per cent of the world’s pre-construction pipeline. Countries like Australia, which continue to rely on coal, are under pressure to follow suit. It is likely that financing, regulatory and political conditions will prevent the completion of these projects.

COP26 and the coal industry

Coal is Australia’s second-biggest export. In 2020, coal exports amounted to AUD $55 billion. However, most of this wealth goes to mining companies. Less than one-tenth went directly to Australia. This equates to just one per cent of the country’s revenue.

As most of the world is committing to net zero emissions targets, Australian utility companies are reluctant to build any new coal-fired power plants in Australia. In fact, the energy market operator, AEMO, is planning to phase coal out entirely. The Oceania continent has the potential to become a global leader in renewable energy instead of fossil fuels.

One in four Australian homes have solar panels now, the highest level in the world. Moreover, more than a quarter of the country’s electricity generation already comes from renewable sources. Australia has sufficient space and the ideal climate for solar energy. The world’s largest renewable energy project is being planned in the Northern Territory. It would generate 10 GW per year and cover 120 square kilometres of land. 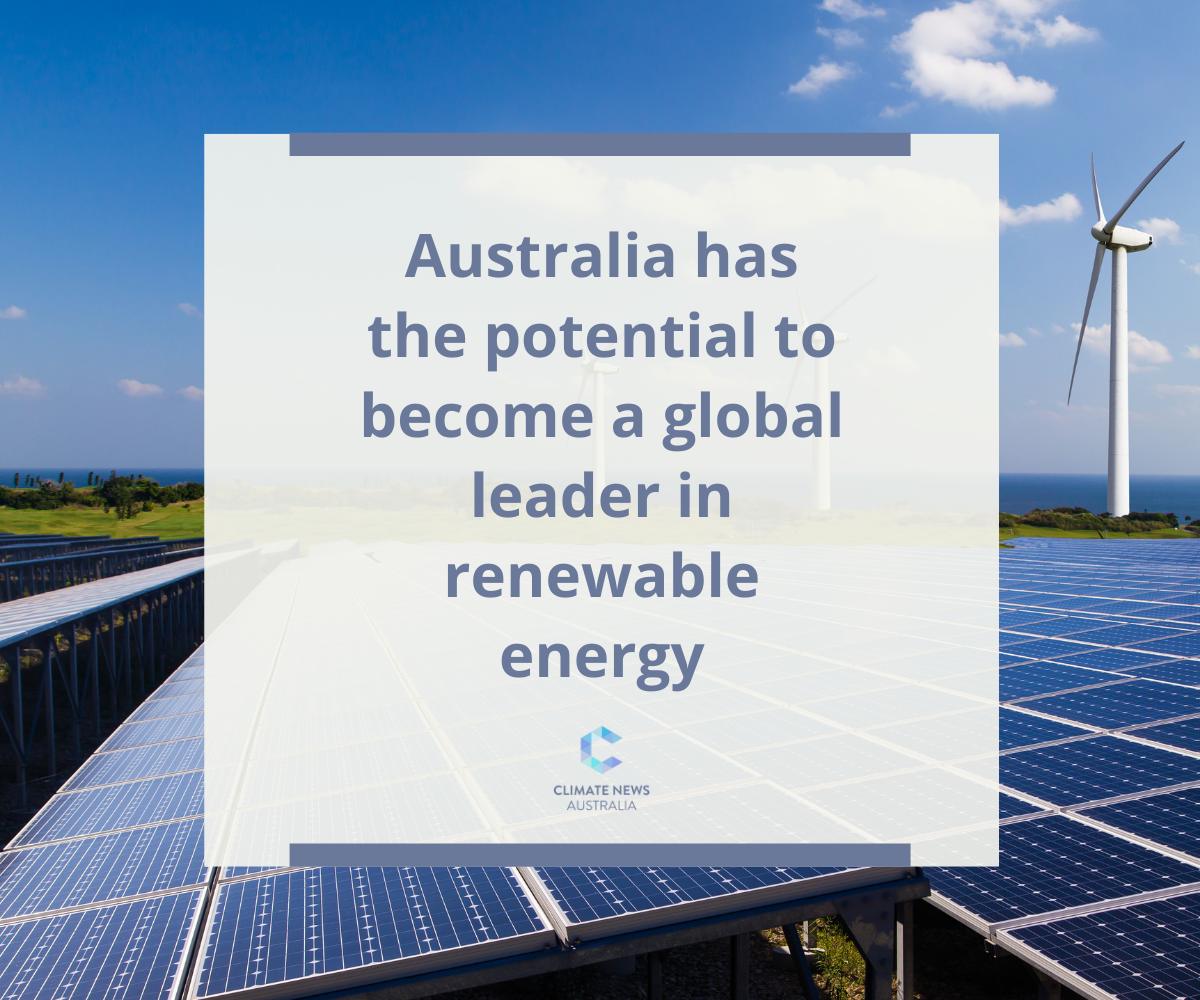 Yet, Australia’s climate goals and plans have been labelled the “weakest among the G20’s developed nations“. Contrary to most countries, Australia’s government is actually financing fossil fuel expansion. There remains strong political support for coal exports, despite their environmental harm.

For example, the government is offering public finance to a project that aims to open a new coal plant. In the 2020-21 financial year, subsidies to the fossil fuel industry cost Australians AUD $10.3 billion. This equates to giving AUD $19,686 to coal, oil and gas companies and major users of fossil fuels, every minute of every day. 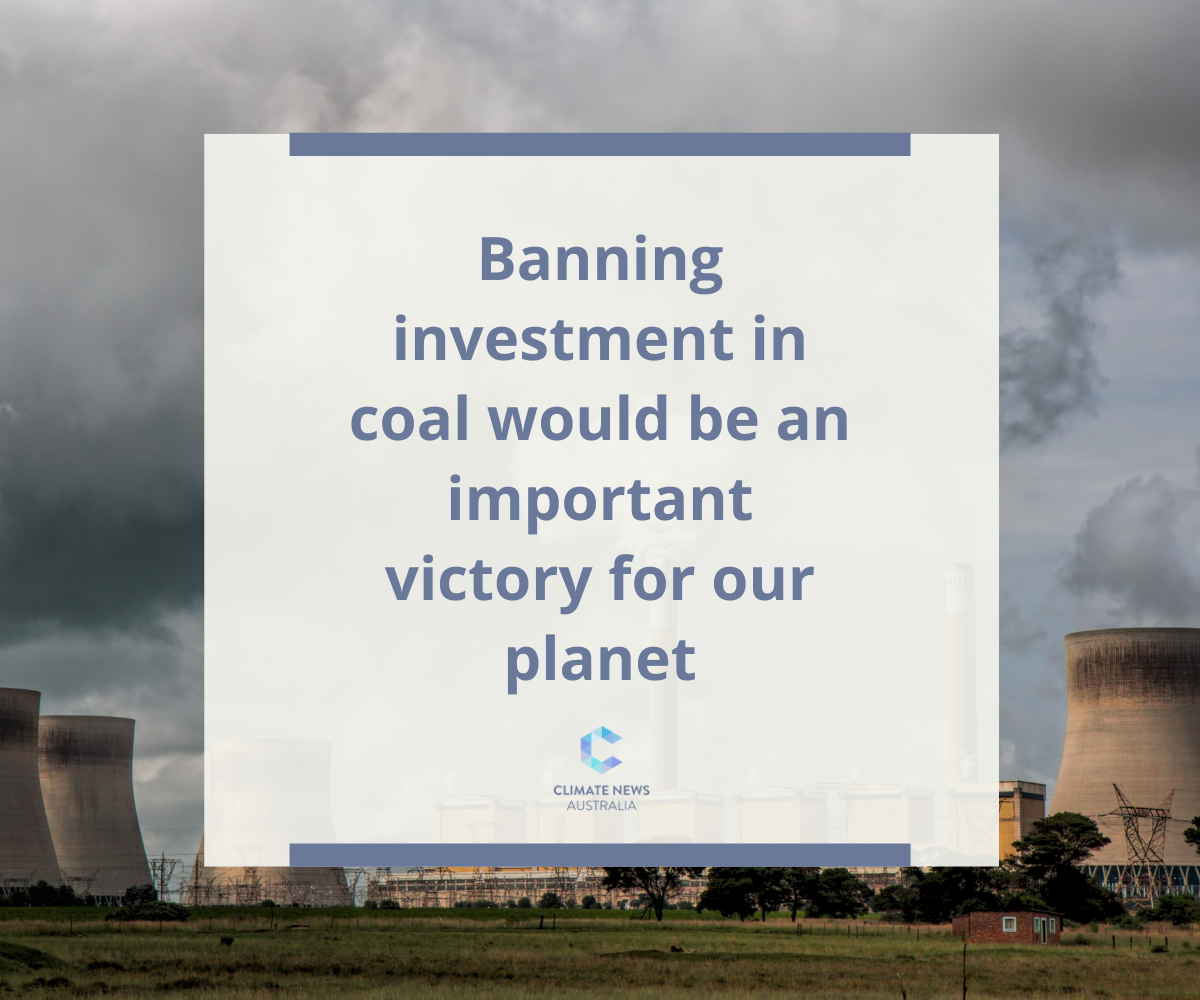 The future of the coal industry

If countries like China, India and Australia decide to stop mining, selling and burning coal, they could make the goals of the Paris Agreement significantly more achievable.

China alone is where almost 53 per cent of coal capacity under construction is taking place. With action from them and a handful of other countries, coal could become a fuel of the past. COP26 is a decisive moment for the future of our planet, and banning investment in coal would be an important victory for our planet. 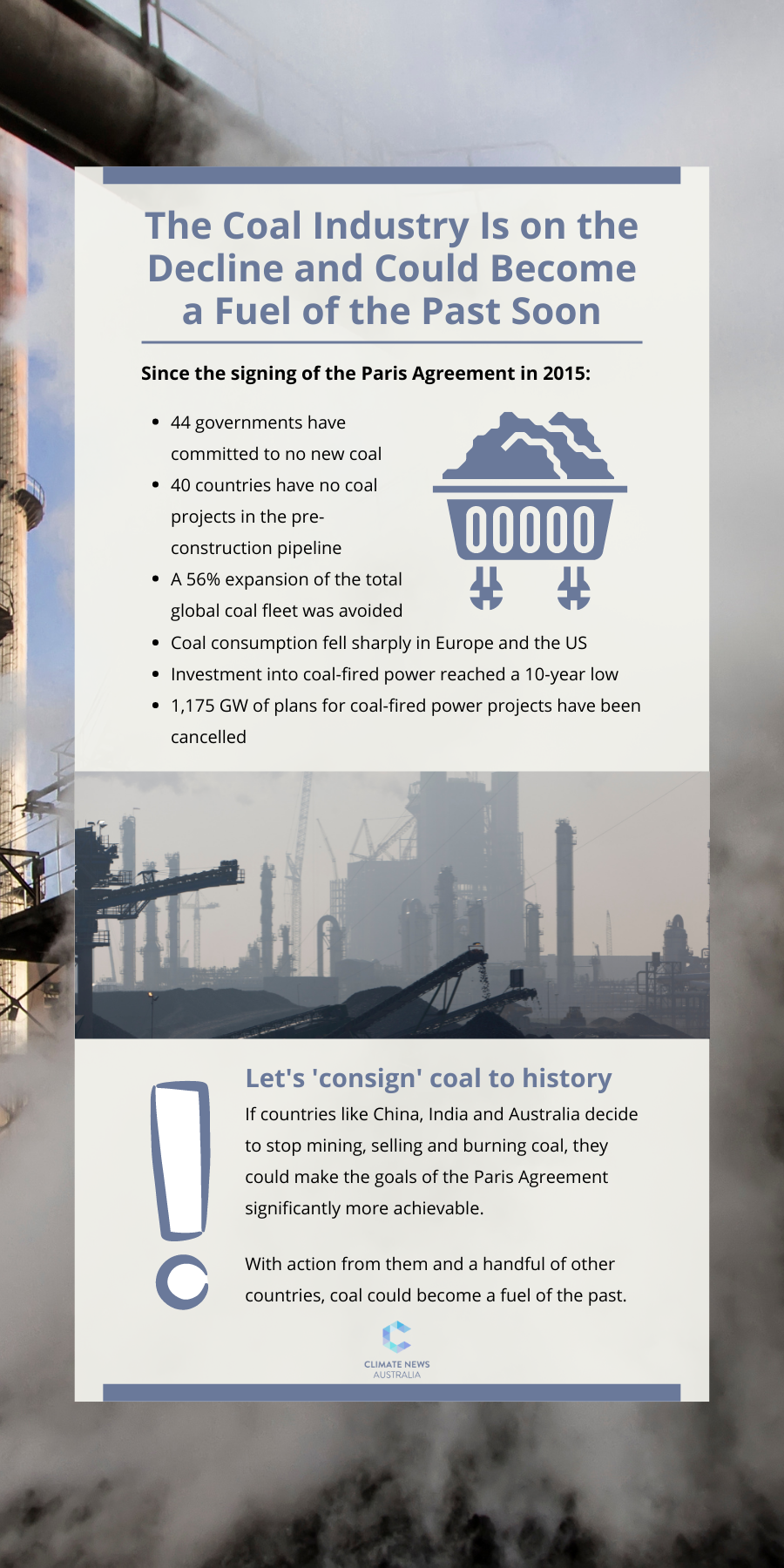