Gas Stoves Cause Indoor Air Pollution Even When Turned Off (Video)

Home » Gas Stoves Cause Indoor Air Pollution Even When Turned Off (Video)
Watch this video to find out how gas stoves present a serious risk to the climate and people’s health.

Gas stoves emit thousands of tonnes of greenhouse gases every year. This causes indoor air pollution, posing a serious risk to the climate and people’s health. Worryingly, scientists studying gas emissions from stoves in the US have discovered that over three-quarters of these greenhouse gas emissions occur while these stoves are turned off – especially methane emissions. This is according to a study published by the American Chemical Society (ACS) on January 27, 2022.

These results could have implications for Australia, where the study’s authors hope to replicate their research in 2023. Indoor gas use in Australia is widespread, with approximately 18 million gas appliances used throughout Australia. 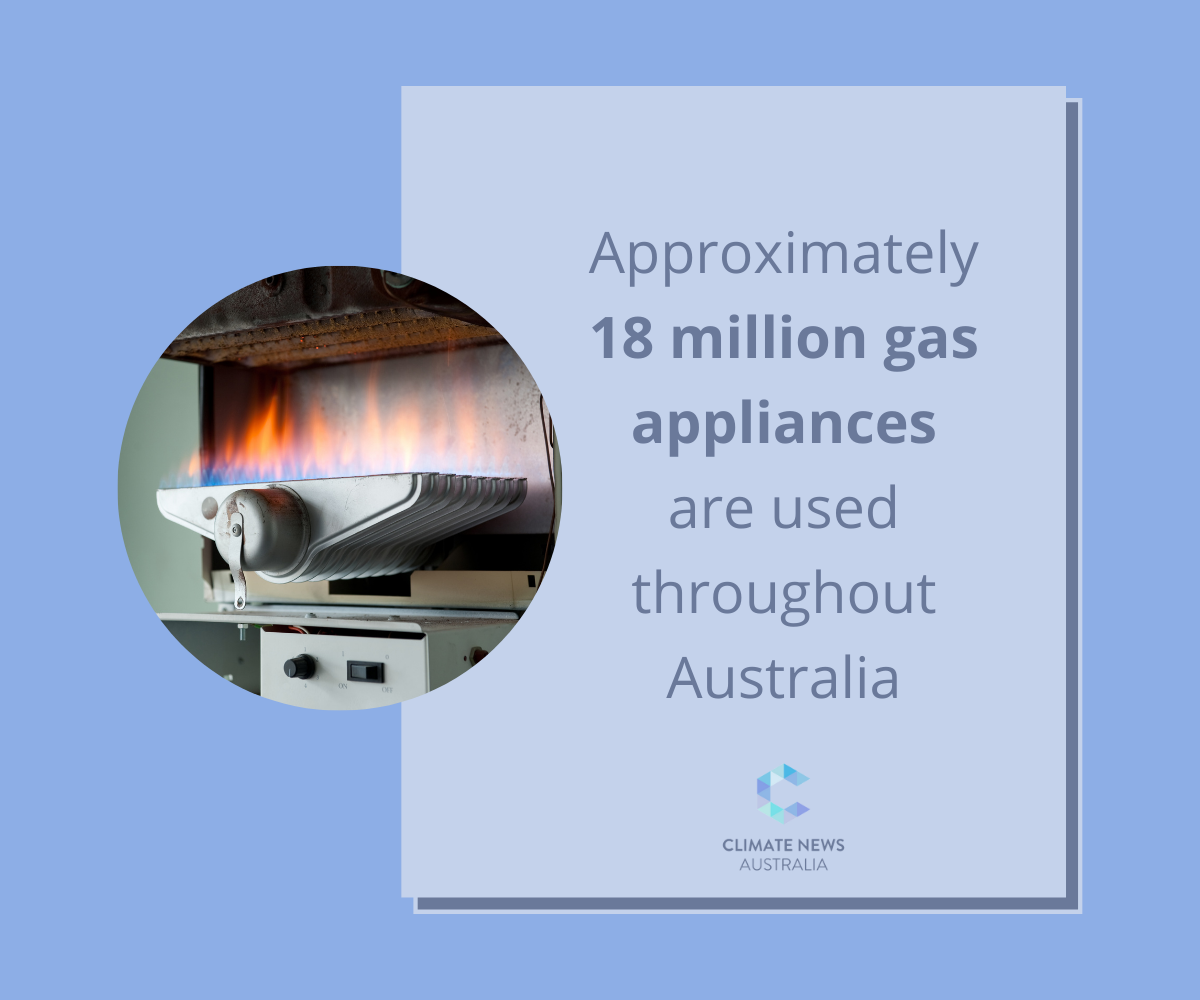 What does the research say about indoor gas?

The ACS authors looked at the methane emissions from 53 US homes. Scientists conducted research at all phases of stove use, including when the appliance was not in use, when it was in use and when the gas was ignited and extinguished.

Natural gas is an extremely popular way of cooking for Americans. In California, for example, over 60 per cent of the population use natural gas stoves. The occupants of over 40 million US houses with gas stoves are exposed to methane emissions because of leaks and incomplete combustion, the study’s authors found. Natural gas stoves emit 0.8 per cent to 1.3 per cent of the gas used as unburned methane, the study found. Total US stove emissions are 28.1 gigagrams of methane per year – by comparison, one gigagram is the equivalent of 100,000 kilograms. That is about 28,100 tonnes of methane per year. This has the same climate impact as the yearly carbon dioxide emissions of 500,000 cars, the study found.

But, methane is not the only greenhouse gas causing indoor air pollution. Nitrogen oxides are also released, with serious health consequences. Nitrogen oxides can cause respiratory diseases, the study’s authors said. This is especially dangerous for people who don’t use their stoves’ range hoods or who have poor ventilation in their homes. 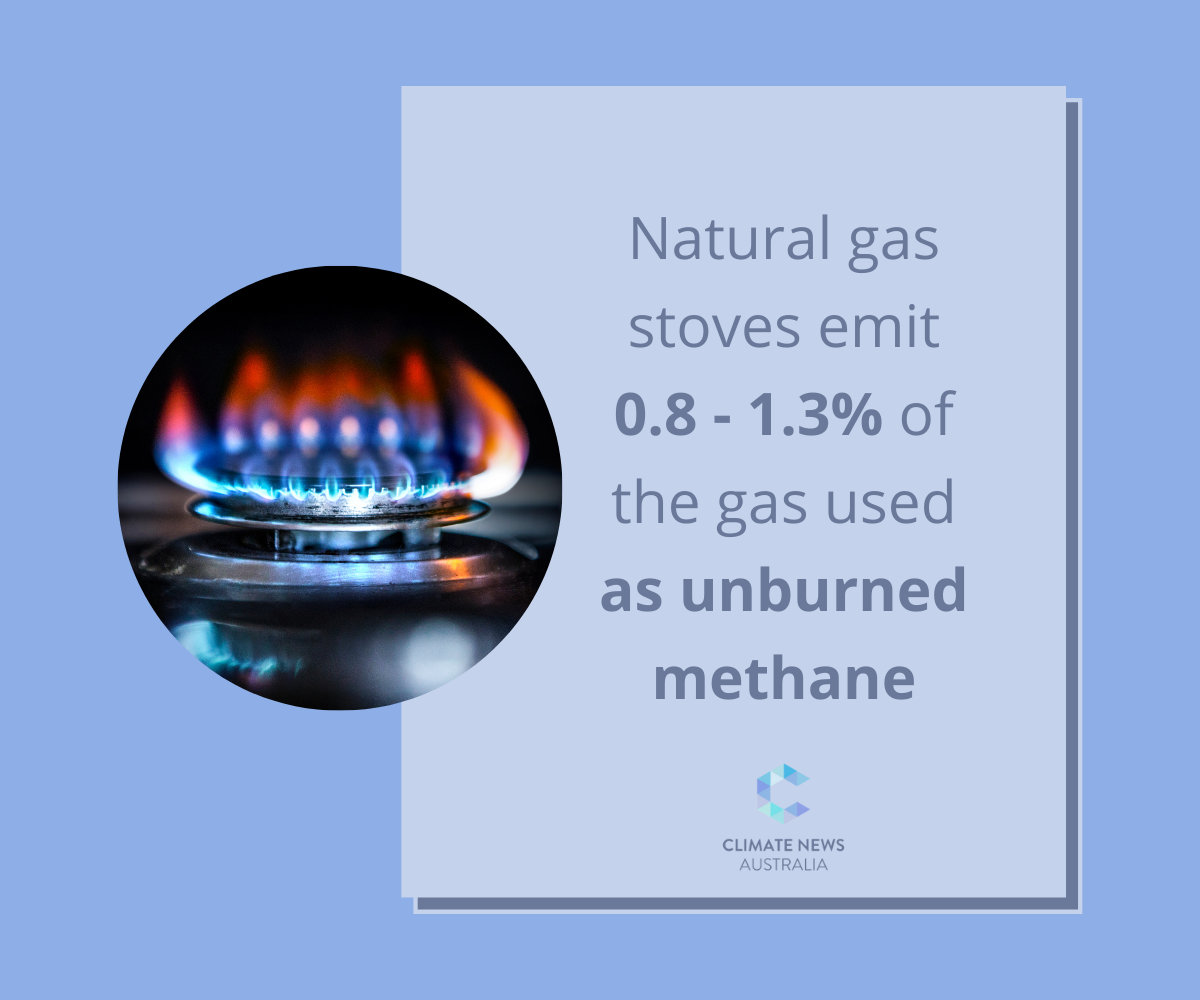 Why are nitrogen oxides dangerous?

Nitrogen oxides are combinations of the chemical compounds nitric oxide and nitrogen dioxide. These are indoor air pollutants that come from gas stoves. Nitrogen dioxide can cause asthma, coughing and other respiratory problems, sometimes leading to hospitalisation, the scientists warned. Nitrogen dioxide is formed when nitric oxide from stoves combines with oxygen. Ventilation is crucial to reducing the concentration of these dangerous greenhouse gases in the air.

In the US, there are no indoor exposure guidelines or standards for nitrogen oxides. These guidelines do exist in Canada, and the World Health Organisation set similar standards in 2021. Residents greatly exceed these standards if they use these stoves without proper indoor ventilation, the study found.

Why does methane cause indoor air pollution?

Traditional means of preventing indoor air pollution from gas cookers are not always effective either, the scientists reported. Gas stoves emit greenhouse gases directly into the air. This means that there is no outdoor vent to direct the fumes away from residents. To solve this problem, gas stoves have hoods, typically above the stove plates. The hood absorbs some of the indoor air pollution, but it is not always effective.

Some hoods are “ductless”, meaning that the fumes are simply recirculated through activated charcoal filters. This method is generally less effective at preventing indoor air pollution. Another problem that arises is that people have to operate exhaust hoods manually. This means that in practice, people only use these hoods about 25 to 40 per cent of the time. 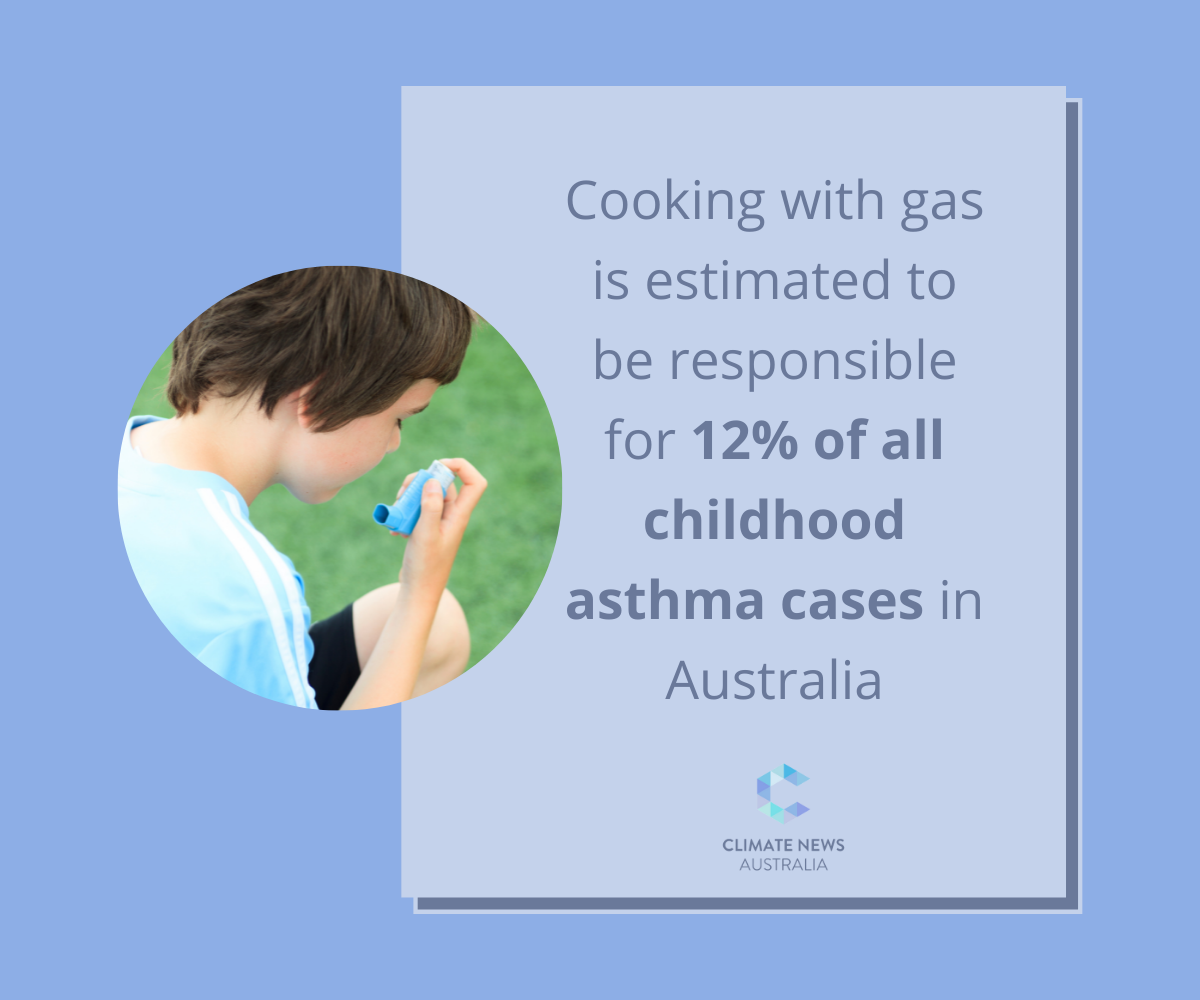 What does this mean for Australia?

Extensive gas use for heating and cooking indoors in Australia carries several health risks for its population, and it is certainly a far cry from the clean, natural image marketed by the gas industry, as stated by the Climate Council.

It is a major health hazard, especially for children. In fact, cooking with gas is estimated to be responsible for 12 per cent of all childhood asthma cases in Australia. Furthermore, children exposed to gas cooking in their home face a similar risk of asthma as children surrounded by cigarette smoke in their household.

However, experts say that the issue of fugitive gas emissions from appliances like gas stoves is only the beginning of Australia’s problems when it comes to natural gas. This is because overall fugitive methane emissions, from home appliances to gas extraction for fuel, are undercounted. In fact, it is estimated that only one-third of Australian methane emissions are actually accounted for. This is according to expert analysis of satellite imagery from the European Space Agency and other data.

Given the health risks involved, climate and energy policy expert Donna Green from the University of New South Wales told ABC that burning fossil fuels inside the home was “nuts”. “We’ll be in shock in a decade’s time that we did this”, she says. 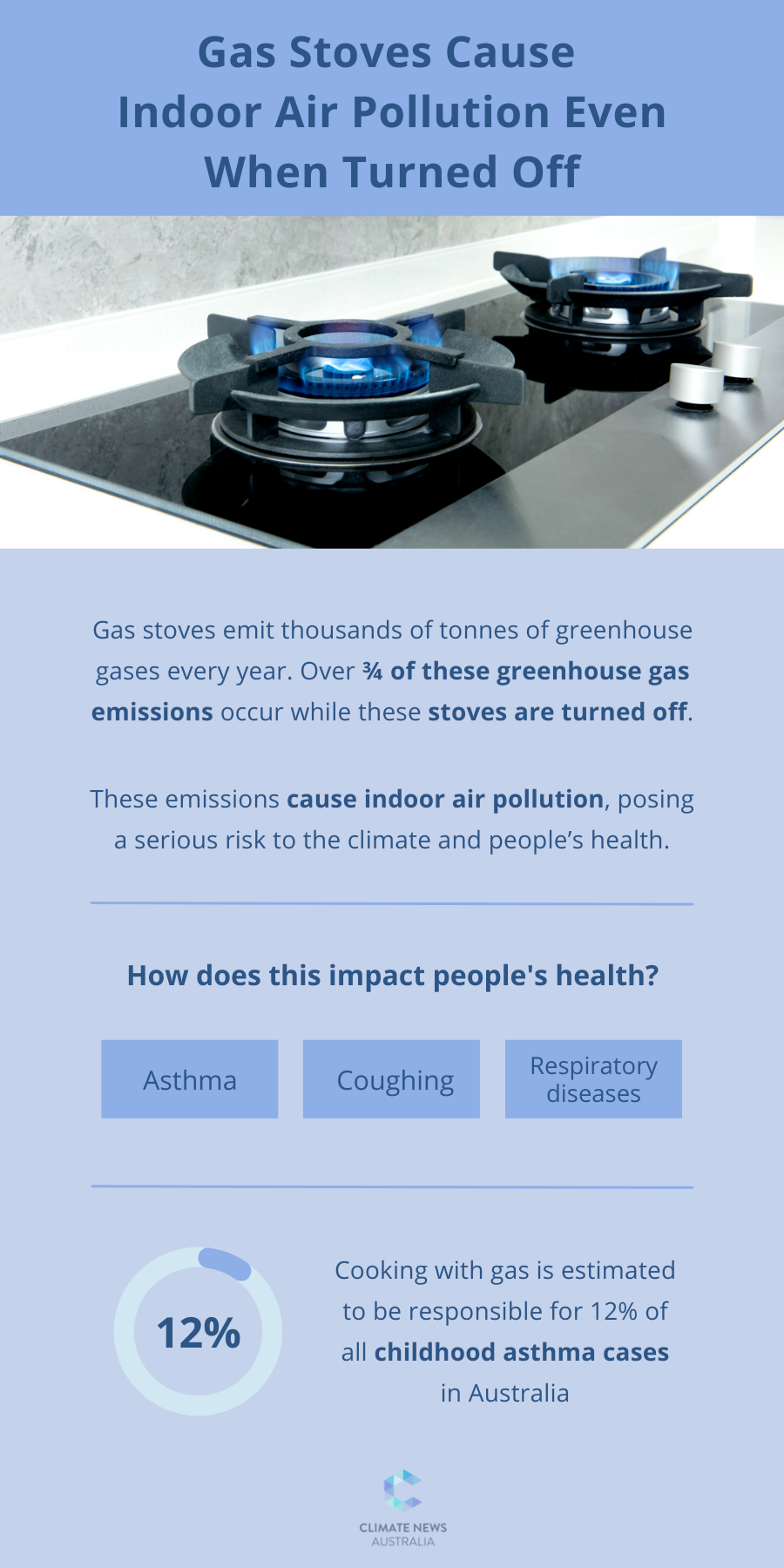