‘Clean’ Blue Hydrogen Found to Have a Larger Carbon Footprint than Coal, Oil and Gas (Video)

Hydrogen is the most common element in the universe. Like electricity, it is an energy carrier. It has the highest energy content of any common fuel by weight. There are many different types of hydrogen, categorised by their production method. For example, making grey, brown and blue hydrogen requires fossil fuels. In contrast, producing green hydrogen uses renewable energy and electrolysis to split water.

In its pure form, the colourless gas is considered to be a clean energy alternative to natural gas. Though it is an abundant element, pure hydrogen gas is rare on Earth. As a result, many governments are investing heavily in hydrogen production facilities.

But, hydrogen is not necessarily a clean source of energy. On the contrary, blue hydrogen can have a significant carbon footprint, worse than coal, oil or natural gas. Only green hydrogen avoids producing greenhouse gas emissions. Therefore, it is important that investment in hydrogen focuses on green hydrogen only. 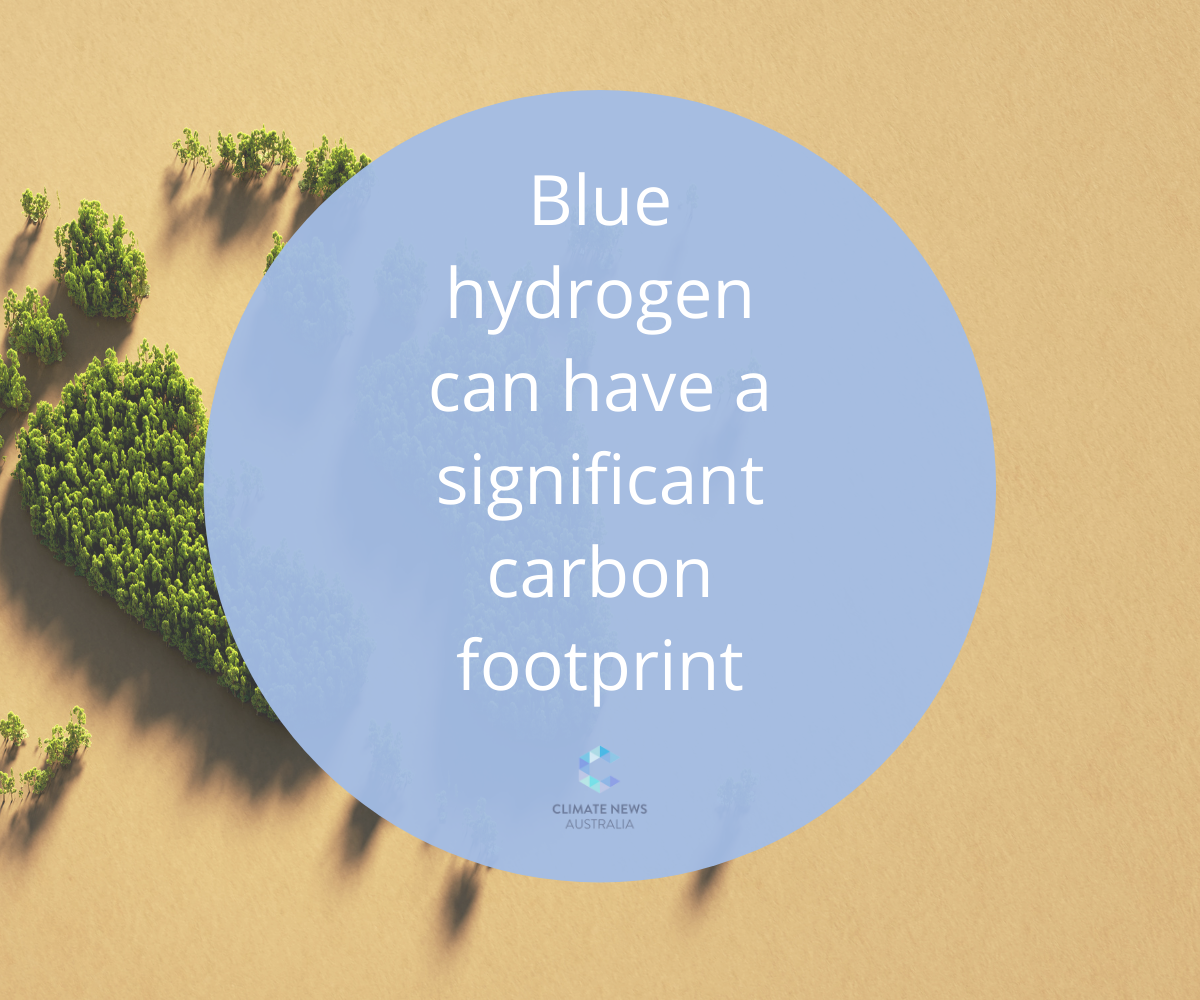 What is blue hydrogen?

Blue hydrogen derives from the methane in natural gas. The production process involves steam methane reformation, which releases carbon dioxide (CO2) emissions. It is considered a ‘cleaner’ way of producing hydrogen because the emissions are reduced using carbon capture and storage (CCS) technology. CCS can halve the emissions of blue hydrogen production.

But, producing blue hydrogen is far from clean. A recent paper undertook the first peer-reviewed examination of blue hydrogen’s lifecycle greenhouse gas emissions accounting for CO2 and unburned methane emissions. It found that emissions from its production are high. They are significantly worse than using fossil fuels. 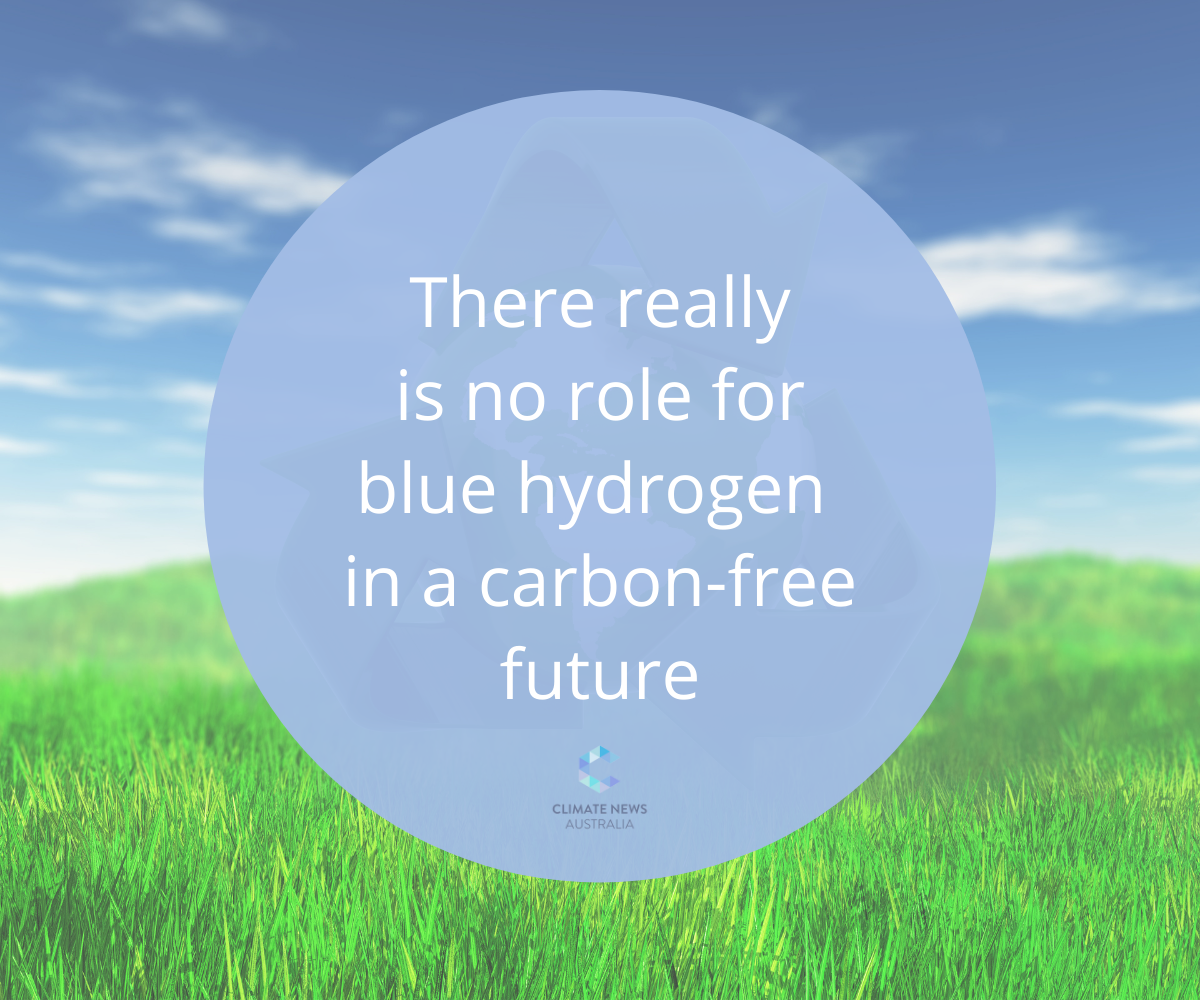 What causes emissions in its production?

Similar to grey hydrogen, the production of blue hydrogen is an endothermic reaction that requires significant quantities of energy. Natural gas provides the necessary heat and pressure to create hydrogen. But, producing and using this fossil fuel inevitably results in methane leaking into the atmosphere, either through accidental leaks or purposeful emissions. For example, the Australian natural gas industry causes at least 19 per cent of the country’s greenhouse gas emissions.

Methane emissions are worse than those of CO2. They stay in the Earth’s atmosphere for a shorter time before breaking down into CO2. But, methane molecules trap more heat than their CO2 equivalent. Averaged over a 20-year period, they trap 86 times as much heat. Even when compared over a 100-year timespan, methane still has 28 times the global warming potential of CO2. These leaks make blue hydrogen an environmentally harmful energy source. 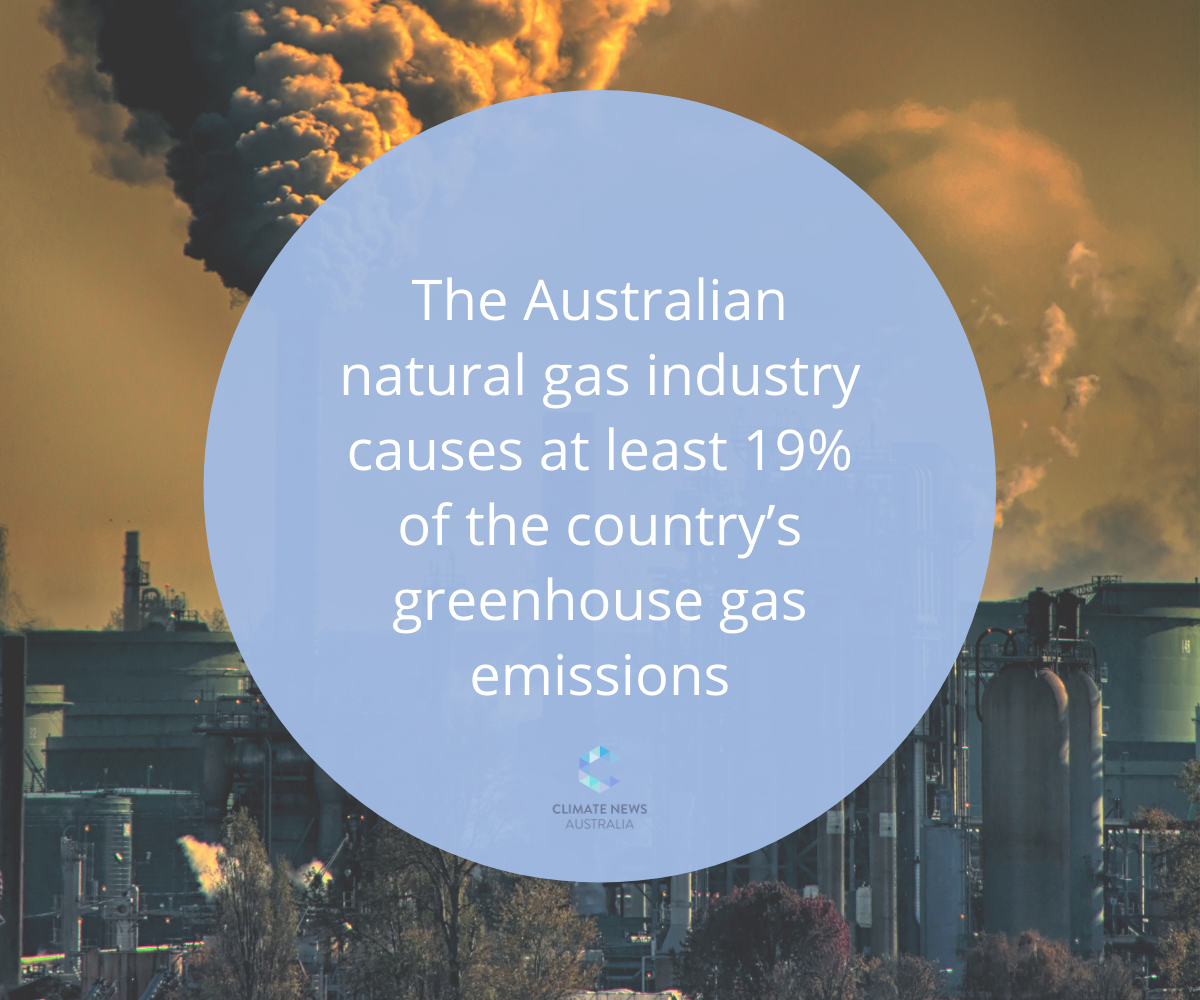 The road to green hydrogen

CO2 equivalent emissions for blue hydrogen are a mere nine to 12 per cent less than for grey hydrogen, which is made without CCS. Moreover, the greenhouse gas footprint of blue hydrogen is more than 20 per cent worse than burning natural gas or coal for heat. It is also 60 per cent worse than burning diesel oil for heat. There is no role for blue hydrogen as a stepping stone on the road to green hydrogen, as some fossil fuel companies argue. Instead, we should concentrate funding for hydrogen solely on green hydrogen.

The studies’ figures assume that the carbon captured from CCS facilities can be stored indefinitely. But, this is unproven. As such, blue hydrogen could be even worse than the study finds. But even without these potential additional emissions, its environmental impact is substantial. Consequently, the studies’ authors conclude that “​​there really is no role for blue hydrogen in a carbon-free future”.