In response to soaring fossil fuel prices, the Albanese government intervened to implement an Energy Price Relief Plan to shield Australians from the global energy shock. The new laws will mean consumers are not subject to the “war-time whims” of the international market, said Treasurer Jim Chalmers.

“It is brilliant to see that the federal government, having struck an agreement with the Greens and crossbench, has secured the passage through parliament today of its energy price relief plan”, said Tim Buckley, the head of Climate Energy Finance. The measures are an “entirely necessary market intervention to counter the fossil fuel bill shock inflicted by the fossil fuel industry on Australians”, he added.

The government passed the energy relief plan the same day as a new Australia Institute analysis estimates Australia’s coal and gas industry has profited AUD $85 billion in windfall profits in 2021-22. This is as households and businesses are hammered with electricity prices 20 per cent higher than last year, with a similar eye-watering rise expected in 2023.

Response from the gas industry

The gas industry fought hard against the price cap, with baseless warnings of blackouts and demanding compensation for lost profits. The gas lobby, the Australian Petroleum Production & Exploration Association (APPEA), stated the cap would “kill investment confidence and reduce future supply” of gas. However, those outside the gas lobby understand this is the exact path needed to reach net zero – as per federal legislation and global climate goals – and lower household bills in the long term.

“In the last few days the gas lobby has shown that it is determined to ensure that nothing will get in its way as it plunders our sovereign public assets to line its own pockets”, said Mr Buckley.

Is it the beginning of the end of gas?

The Greens hailed the price cap as the “beginning of the end of gas”. Gas had joined coal in losing its social licence, they said, due to industry war profiteering, price gouging and liability to climate and environmental breakdown.

The intervention is a “big win for households and the climate and another big blow to the greedy gas corporations”, said Greens Leader Adam Bandt. “Gas is as dirty as coal, causing power bill pain as well as the climate crisis”, he said. “Gas is not something to transition to, it’s something to move away from. The Parliament has made that clear.” 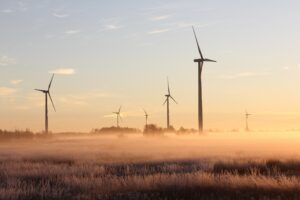 How will the price cap affect your bills?

The treasury forecasts the combined coal and gas caps will reduce the average household bill by AUD $230 in 2023 versus taking no action. However, electricity bills could still rise by 23 per cent next year, even with the intervention, according to the same analysis.

Nonetheless, Mr Buckley points out evidence of immediate and drastic market changes in response to the government’s plans. For example, forward pricing of wholesale electricity for NSW and Queensland for the first quarter of 2023 has halved in the last month. “This pre-emptive move by the market is a staggering real-time endorsement of the government’s efforts”, Buckley said. “It had already priced in victory, and a massive reduction in the hyperinflation that was set to smash households and industry in 2023.”

If these price indicators hold true, electricity price hikes in the next year might be significantly lower than expected. Prices will also continue to fall as more renewables come into the system, weakening price control power currently held by fossil fuel generators. Mr Buckley also praises the government’s commitment to supporting homes and businesses electrify. This will “finally cut our reliance on the extortionate, polluting methane gas industry, whilst curbing energy costs”, he said.

The Greens welcomed the electrification reforms but called on the government to freeze bills entirely. Several crossbench MPs said the AUD $12 gas cap remains too generous for the industry. This is because gas was selling at around AUD $9.20 before Russia invaded Ukraine and extraction costs did not increase in that time.

ACT Independent Senator David Pocock also argues that the Energy Price Relief Plan must go further. “While providing some relief, this package fails to adequately address the full scale of energy bill challenges Australian businesses and households are facing”, he said in a statement. The federal government should use this moment to support households and businesses fully transition from fossil fuels for good, he said. “Fully electrifying every home in Australia – equipping them with things like solar panels and heat pumps – would cost about the same as the government currently spends every year on fossil fuel subsidies.”

He adds that a windfall tax on fossil fuel excess profits should fund the AUD $1.5 billion energy relief package rather than public money. “It is unconscionable that Australian taxpayers should have to pay compensation to companies to put a limit on the record wartime profits they have been making in selling our own resources back to us.”

In addition, Senator Pocock has asked the government to consider further funding to:

Senator Pocock is also campaigning for a more equitable distribution of the revenue generated by Australia’s resources. “All Australians should benefit from Australian resources”, he posted on Twitter. “It doesn’t make any sense that oil and gas companies are getting to walk away with record profits while Australians are left with nothing”.

So far, Australia has squandered the opportunity to share the nation’s resources equitably, he said in his audio post. However, it is not too late. Looking ahead, Australia has many critical minerals in high demand for a low-carbon future. He argues a resource rent tax would ensure fair distribution of the benefits from these industries to the public rather than hoarded by companies.