Is the Gas Industry Dying? (Video)

The gas industry is dying, as nations worldwide are transforming their economies with clean energy. Find out more in this video.

Investing in the gas industry makes no sense for the planet or our economy. Nations around the world are moving away from expensive, polluting fossil fuels and adopting cleaner, cheaper energy, such as wind and solar.

For countries like Australia, the gas industry is existing on life support – kept alive only by fossil fuel interests and taxpayer subsidies. Labor’s plans to open up new gas basins and develop massive new gas facilities are based on an incorrect assumption – that being that prices are high due to a lack of supply coupled with increased demand. But, new gas developments will not lower prices for consumers, says Dr Richard Denniss, Executive Director of the Australia Institute. Australians are being gaslit, as the industry reaps billions in windfall profits at the expense of the public, he says.

With or without new gas developments, demand for Australian gas will decrease both at home and abroad. Analysis by Deloitte predicts the long-term decline in global petroleum demand. As a result, the next decade will look very different for the entire oil and gas value chain. This means Australia risks being left behind as the global energy market transforms. Gas-importing countries are decarbonising their economies, which risks billions of dollars of stranded assets, and investors warn new projects are economically unviable. “If the Government tries to swim against this tide through direct market interventions, it will probably require ongoing subsidies at great cost to taxpayers”, warns a report by the Grattan Institute.

In 2021, Labor accepted almost half a million dollars in donations from the fossil fuel industry. But, propping up this industry does not serve the public. As well as being economically risky, the gas industry risks the future of our planet and our own health. Leading world health organisations are calling for a Fossil Fuel Non-Proliferation Treaty to protect current and future lives. Scientists and economists agree that there is no role for gas in our future.

How the natural gas industry damages the environment and human health

Gas, otherwise known as ‘methane gas‘, is a highly polluting fossil fuel. Unfortunately, the gas industry likes to call it ‘natural gas’, which helps spread the false idea that gas is ‘green’.

At every stage – from extraction to transportation to burning – gas damages the climate, the environment, and our health. Furthermore, the majority of Australia’s proposed new gas developments are for ‘unconventional‘ gas extractions, such as coal seam gas and shale gas. To access this gas, companies use experimental and dangerous techniques that pose increased risks to people’s health and the planet.

‘Fracking‘, short for hydraulic fracturing, involves drilling into the Earth and blasting large quantities of water, toxic chemicals, and other materials into the ground to release gas. It often takes place close to regional towns and on agricultural land. Consequently, this leads to noise and air pollution in rural communities. In addition, fracking is water-intensive, risking water resources alongside the risk of groundwater contamination. This poses particular threats to the lives and livelihoods of farmers, as well as food contamination and security.

Over 1,000 chemicals are used in and created by fracking, and many have been linked to reproductive and developmental health problems. Wastewater produced by fracking may be even more toxic than the fracking fluids themselves. This means people living near fracking wells suffer from high hospitalisation rates. Congenital heart disease, neurologic illness and low birth weight for newborns were higher among people who live near unconventional gas and oil drilling. Furthermore, a US study has found children living near fracking sites were two to three times more likely to be diagnosed with leukaemia.

In 2017, Doctors for the Environment Australia called for the rejection of Santos’ Narrabri Gas Project. Their many concerns included “the use of chemicals, impacts on water quantity, impacts to the quality of ground and surface water, impacts to soil and implications for crops and livestock as food sources, air pollution, climate risks, road safety and adequacy of monitoring and safeguards.” Despite this and ongoing protests from local residents, Resources Minister Madeleine King has plans to fast-track the controversial project. 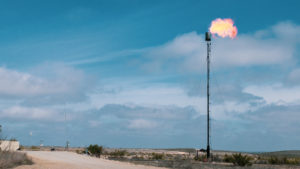 The gas industry releases climate-heating greenhouse gas (GHG) emissions even before it is burned for energy. Methane is the main component of natural gas, and ‘fugitive’ methane leakages rates of over three per cent of total gas production can eliminate the emissions-reduction benefit gas has over coal. This is because methane is incredibly effective at trapping heat. Over a 20-year period, methane is more than 80 times more potent than carbon dioxide (CO2) in terms of its climate-heating impact. This means that while methane is far less abundant than CO2 in our atmosphere, it accounts for roughly 30 per cent of global warming since pre-industrial times, and is increasing faster than at any other time since records began in the 1980s. ​

Fugitive emissions can have devastating effects on human health. For example, oil and gas producers flare excess gas when infrastructure is unavailable to bring it to market. This intentional flaring produces black carbon particles, also known as soot or particulate matter. This impairs lung function and causes respiratory disease, heart disease and strokes. Worryingly, a study published in Nature found that the real methane emissions of the gas industry are actually underestimated. In fact, they are up to 40 per cent higher than the industry claims.

Gas production and processing are incredibly carbon-intensive and can worsen local air pollution and contaminate water supplies. This is particularly evident when producing liquefied natural gas (LNG), which can have double the climate impact of natural gas. To be liquified, gas is stripped of carbon dioxide, which is generally then released directly into the atmosphere. Furthermore, the liquefaction process is highly energy-intensive. Along with gas releases and leaks, 12 to 13 per cent of the fuel can escape throughout the entire LNG supply chain. This pollutes the surrounding environment.

There is evidence of poorer air quality surrounding LNG with pollutants including nitrogen oxides, ozone and particulate matter. These can all cause severe health impacts. Therefore, it is not surprising that Woodside’s mega-polluting Burrup Hub project in Western Australia has attracted fierce backlash from community groups. They oppose the environmental and health damage the LNG terminal could bring to the region.

Burning gas is a leading driver of climate breakdown. Some of Australia’s gas power stations are dirtier than coal, and many of the country’s current and planned gas fields have high CO2 content, meaning greater damage to the climate. The gas industry claims it can mitigate its emissions. But, this relies largely on failed or ineffective methods, such as carbon capture and storage or carbon offsets. There is no bigger climate solution than not burning fossil fuels in the first place.

Burning gas also has significant implications for human health. Burning gas in our homes can make indoor air up to five times dirtier than outdoor air. Gas stoves emit nitrogen dioxide and carbon monoxide, causing a myriad of devastating health impacts. They are responsible for 12 per cent of childhood asthma in Australia, according to research by the University of Queensland. Nitrogen dioxide also makes chronic obstructive pulmonary disease worse and correlates with heart problems, diabetes and cancer. 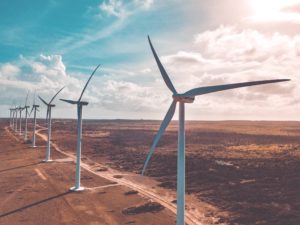 The cleaner, cheaper alternatives to the oil and gas industry

We know that fossil fuels are harmful to the climate, the economy and our health. Renewable alternatives, such as solar, wind and green hydrogen, are primed to replace gas and other fossil fuels to power our economies, with the right funding and policies in place. The fossil fuel industry spends millions lobbying against the transition to cheaper, cleaner energy.

This is despite the benefits of the clean energy transition being substantial. A study from Stanford University found that Australia’s transition to 100 per cent renewables would save hundreds of billions of dollars annually in energy, health and climate cost savings. Transitioning towards renewables also brings net-positive employment opportunities. The idea that more gas leads to more jobs is flawed, says the Australia Institute. “The gas extraction business employs fewer workers per dollar invested than almost any other industry in Australia.” In comparison, every dollar spent on renewable energy projects generates 4.8 full-time jobs: three times more than the fossil fuel industry.

Moving past oil and gas

For Australia’s energy industry to move forward and not back, Labor should scrap all new gas projects and plan for a future without gas. In fact, in Australia, gas-fired power already peaked in 2014 and has been in decline ever since. Spurred by the 2022 energy crisis, businesses and households are urging the government to speed up the inevitable transition away from expensive gas. Rather than pouring billions of the public’s money into this dying industry, the government should embrace the renewables that will bring long-term economic, health and environmental benefits for generations to come.