Home » IEEFA Report: Carbon Capture Is ‘A Decarbonisation Pipe Dream’ (Video)
Watch this video to find out about IEEFA’s new report, and what it says about the fossil fuels industry and governments using carbon capture and storage schemes to justify their actions.

The report, The Carbon Capture Crux – Lessons Learned, studied 13 large-scale carbon capture and storage (CCS)/carbon capture utilisation and storage (CCUS) cases, which account for around 55 per cent of the total current operational capacity worldwide. Of these projects, seven underperformed, two failed and one was mothballed. “CCS technology has been going for 50 years and many projects have failed and continued to fail, with only a handful working”, according to the report’s author and energy finance analyst Bruce Robertson.

“Governments globally are looking for quick solutions to the current energy and ongoing climate crisis, but unwittingly latching onto CCS as a fix is problematic”, said Robertson. “Many international bodies and national governments are relying on carbon capture in the fossil fuel sector to get to Net Zero, and it simply won’t work.”

The fossil fuels industry and governments continue to use CCS schemes to justify approving new coal, oil and gas projects. However, this study refutes this. “Historical lessons clearly suggest that no more greenfield coal or gas powerplants should be greenlit just because of an embedded CCS facility in its design plans… The era of fossil-based power plants is over, and renewable technologies plus storage capabilities are the future solutions serving net-zero goals”. 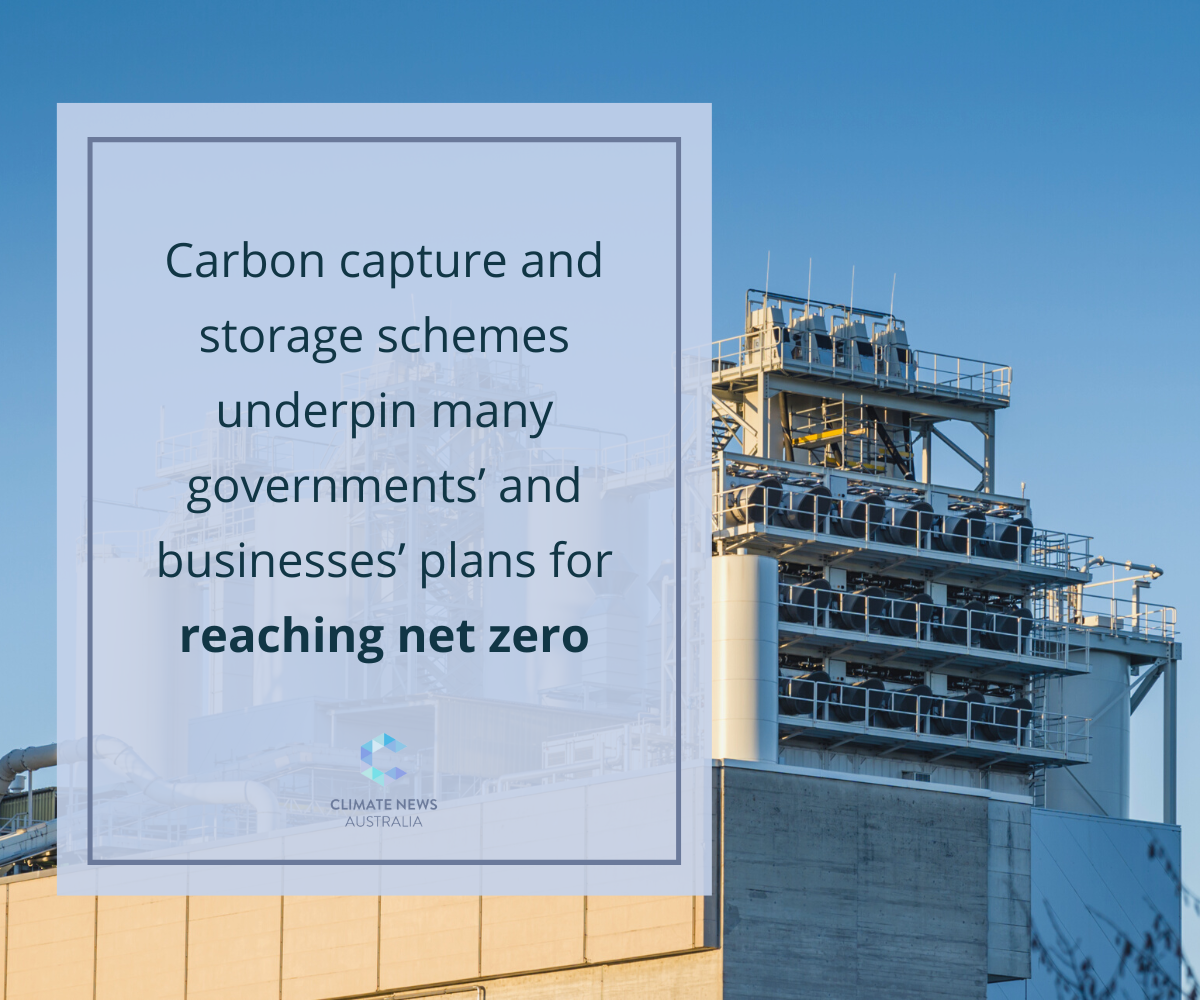 To date, CCS project developers almost always reuse the captured carbon for enhanced oil recovery (EOR) — a method of selling captured carbon dioxide (CO2) to oil companies to push more oil out of depleted wells. Known as CCUS (carbon capture storage and utilisation), about three-quarters of the annual CO2 captured by CCUS facilities is used for EOR, equating to roughly 28 million tonnes (MT) out of 39MT total capture capacity globally. This makes any climate benefit of “carbon capture” negligible, says the report. It is in no way a climate solution.

“As our report shows, CCS has been around for decades, mostly serving the oil industry through enhanced oil recovery (EOR). Around 80–90% of all captured carbon in the gas sector is used for EOR, which itself leads to more CO2 emissions”, said Robertson.

Annual carbon capture capacity needs to increase to 1.6 billion tonnes of CO2 by 2030 to align with a net zero by 2050 pathway, according to the International Energy Agency (IEA). However, “based on historical trajectories, much of this captured carbon will be used for enhanced oil recovery”, warns Robertson.

The report also highlights the issue with companies using CCS to promote the expansion of hydrogen made from natural gas, known as blue hydrogen. Even assuming CSS is successful, blue hydrogen is still an emissions-intensive process, says the IEEFA. This further supports previous analysis that denounces the myth of ‘clean‘ blue hydrogen. 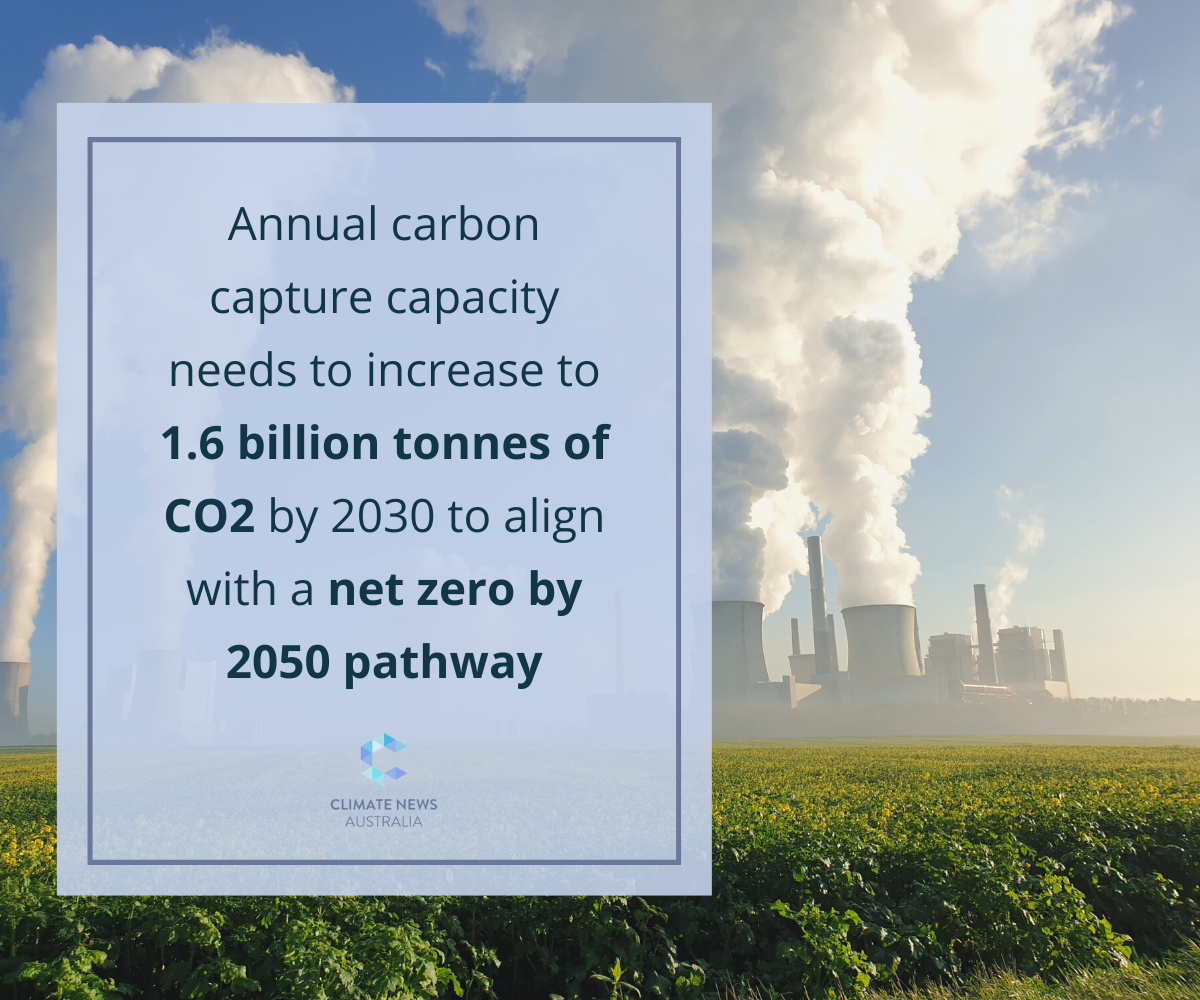 Chevron’s AUD $3.1 Gorgon project off the coast of Western Australia has the world’s largest CSS capacity. Its maximum capacity of 4MT per anum accounts for 40 per cent of the global projects with dedicated geological storage. But, the IEEFA study found this underperformed its carbon capture capacity by about 50 per cent over its first five-year period, capturing only 4.9MT rather than the planned 12.3MT during its five years of operation. Chevron claimed “technical troubles and ongoing ‘unplanned’ maintenance” as the cause of the underperformance. However, the IEEFA report’s authors state that such issues after five years of operation “illustrate some of the inherent and unique risks of CCS”.

“CCS technology has been operating for 50 years”, said Robertson in April. “If Chevron and its partners can’t get it to work these past 5 years at Gorgon, it’s not an effective technology for reducing carbon emissions.” Furthermore, Gorgon has an operating lifetime of 40–45 years. Following a closure period of 15 years, the liability of the facility will transfer to the WA government. 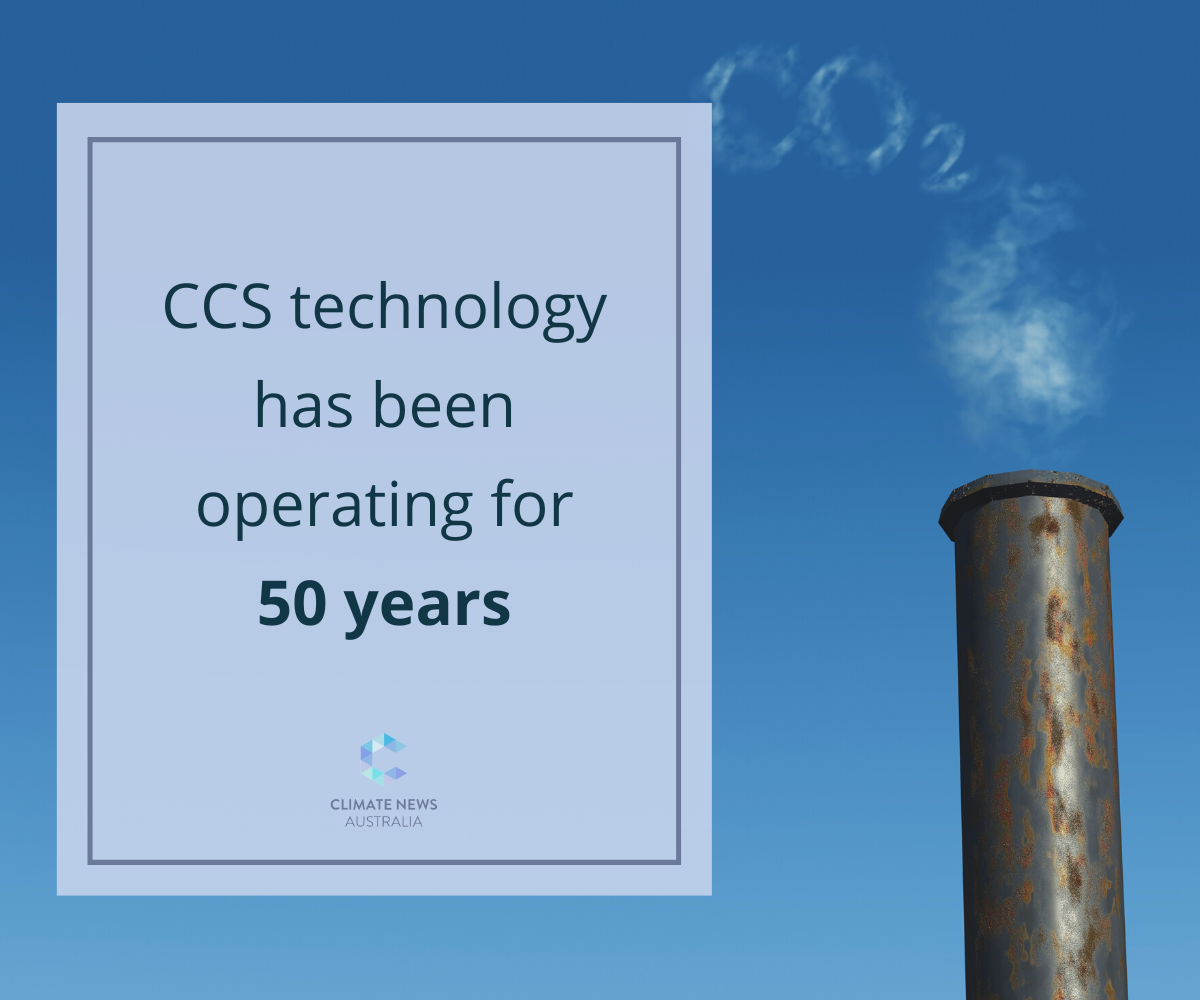 Fundamentally, the result of these failures is that the Gorgon LNG facility is significantly more climate-polluting than at the time of the project’s approval. Chevron has “inadvertently become the poster child for all that is wrong with carbon capture and storage”, said Maggie Wood, executive director of the Conservation Council of WA, in July. “CCS simply does not work.”

Another fossil fuel company under fire for CCS dependency is Santos. The IEEFA has previously criticised Santos’ plans to mitigate the climate impacts of its proposed Barossa Gas Project in the Northern Territory via CSS. “Using unproven carbon capture and storage (CCS) for the remaining portion of the emissions would still make the Barossa project the ‘dirtiest’ in Australia and possibly in the world”, its analysis found.

Despite the historical failures of CCS, in August, the Australian government approved two new massive offshore greenhouse gas storage areas. CCS “has a vital role to play to help Australia meet its net zero targets. Australia is ideally placed to become a world leader in this emerging industry”, said Minister for Resources and Northern Australia Madeleine King. But, CCS is neither new nor verified as a successful component of net zero. 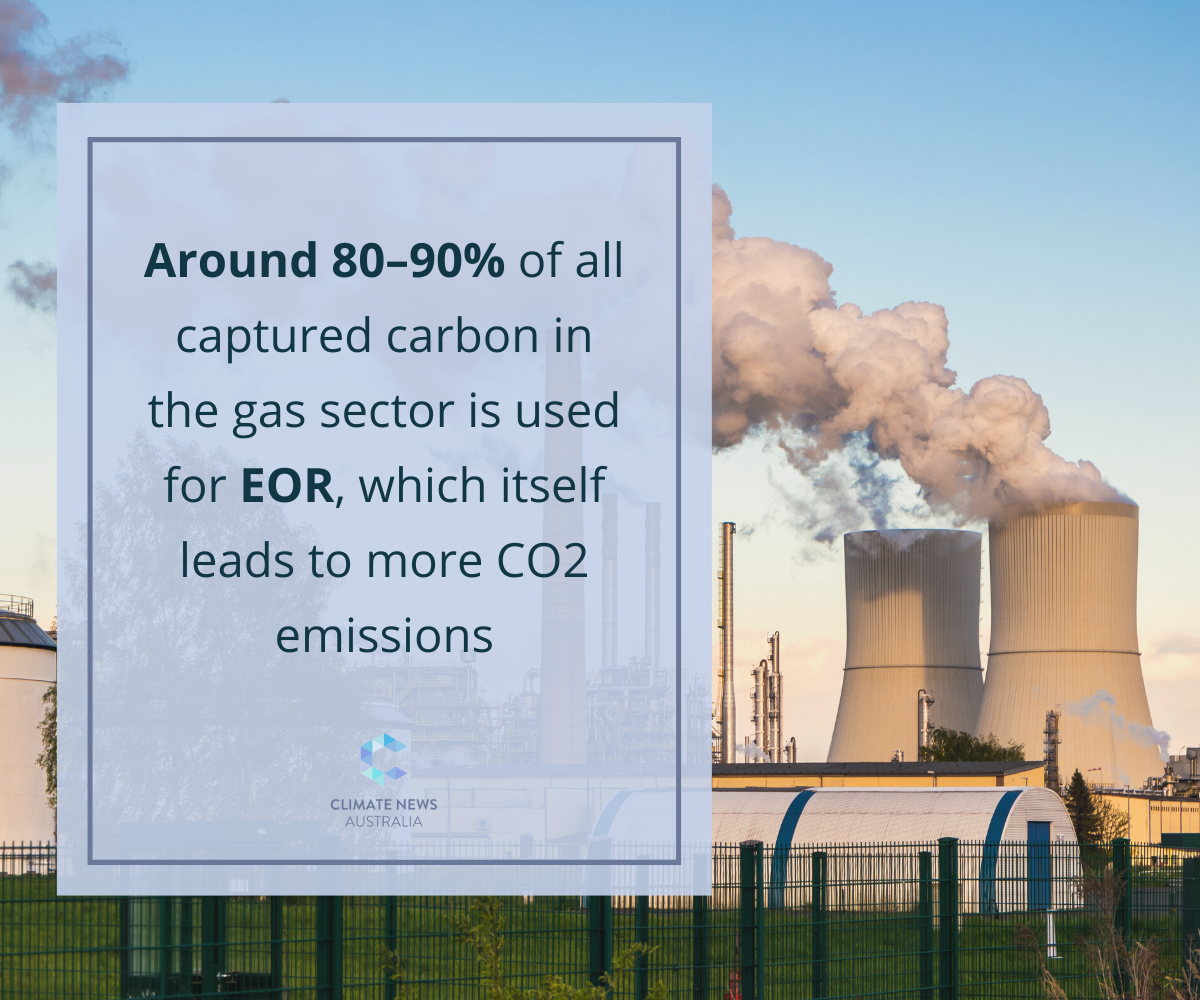 Carbon capture and storage is far from a climate panacea. Even if the world was to reach the IEA’s target of storing 1.6 billion tonnes of CO2 annually by 2030 – without it being used for EOR – finding suitable carbon storage sites for such quantities and keeping it there also poses a significant challenge. This is because the CO2 stored underground requires monitoring for centuries to ensure it does not leak back into the atmosphere.

However, there is one area where CSS schemes might deliver emissions reductions, finds the IEEFA, and this is in sectors that are otherwise hard to decarbonise. “Although [there is] some indication it might have a role to play in hard-to-abate sectors such as cement, fertilisers and steel, overall results indicate a financial, technical and emissions-reduction framework that continues to overstate and underperform”, Robertson said. Therefore, more research on CCS applications in such industries could provide an interim partial solution to meeting net zero targets.

The report also identifies interim considerations to improve current CSS processes where there are no alternative solutions to emissions reductions available: