Wildfire Effects on Humans: The Emerging Threat of Smoke From Forest Fires and Climate Change (Video)

The Australian bushfires of 2019 and 2020 were not just an environmental disaster. The wildfire effects on humans were also a health catastrophe for Australians – especially rural Australians.

Smoke pollution has long been regarded in health circles as a short-term problem with reversible effects. But large forest fires are increasingly prolonging the issue for up to weeks or months. Such fires are not only getting more frequent, but also last longer. This is having a significant impact on public health, however, it is rarely covered in the media, scientists say.

A new report, The Limits of Livability, written by the Global Climate and Health Alliance, looks at this growing public health crisis. It states that the problem of pollution resulting from forest fires is getting worse – not just in Australia, but worldwide. The report examines the health impacts of massive wildfires in Brazil, Canada and Australia.

The 2019-2020 bushfires exposed 80 per cent of all Australians to dangerous air quality for months on end. In fact, many rural Australians faced so much smoke that it affected their long term ability to breathe. Moreover, the fires resulted in an estimated 429 premature deaths and 3,320 hospital admissions for cardiovascular and respiratory conditions. There were also 1,523 presentations to emergency departments for asthma. People with asthma were 94 per cent more likely to report problems and seven times more likely to need medication. 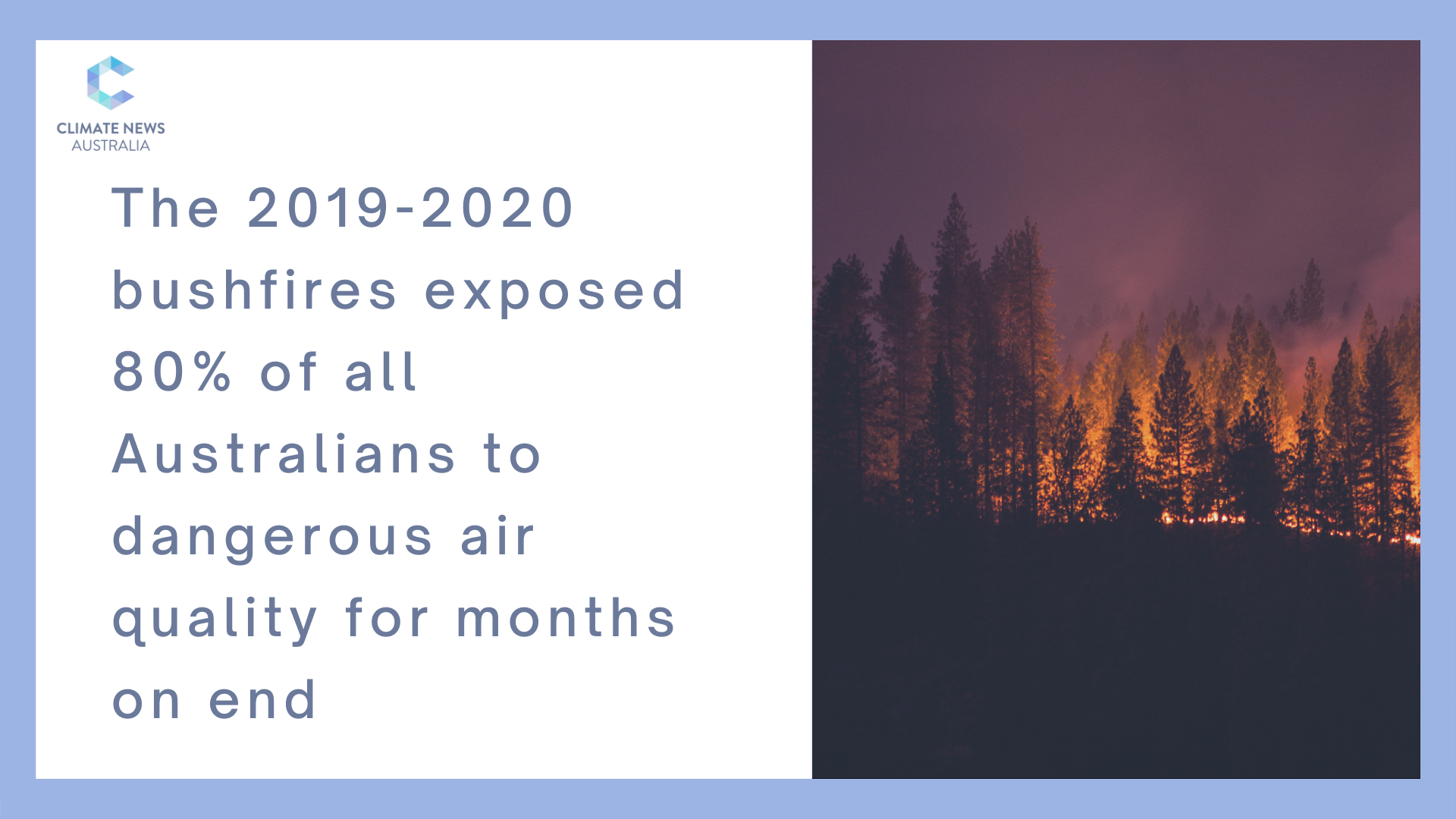 Why forest fires affect our health

Landscape fire smoke causes an estimated 339,000 premature deaths per year worldwide. This is far more than those lost directly in the blazes. Yet, this rarely receives much attention in the media. Across 128 countries, more people have faced exposure to wildfires over the last 20 years than in previous decades, The Lancet reported in November 2020.

Studies link exposure to air pollutants to problems experienced during pregnancy. Younger children are more at risk from smoke exposure because they tend to have a higher breathing rate, and their organs are still developing. This is also the case for people who spend more time outdoors, over 65s, and those with conditions like asthma or cardiovascular disease. Some 30 per cent of Australians have underlying respiratory conditions, and one in ten are affected by asthma.

The international impact of forest fires

In 2017, fires in Western Canada prompted a 10-week state of emergency. Soon after, the 2017 forest fires in Portugal, the 2018 forest fires in Chile and the 2018-2019 forest fires in western US were all regarded by scientists as globally extreme. Each fire was bigger and worse than in previous years.

The 2019 – 2020 bushfires in Australia generated a smoke cloud that was 1,000 kilometres wide and had widespread wildfire effects on humans. It remained like that for three months and travelled 66,000 kilometres in total. Smoke and pollution from the 2019 fires in Alberta, Canada, travelled even as far as Europe.

In other words, the report finds increasing evidence that forest fires are a problem on an international scale and with vast consequences. Blazes in one part of the world have the ability to affect a nation’s health in another part of the world.

The report warns that climate climate change will only exacerbate this problem. Wildfires are projected to increase by 74 per cent across the world by the end of the century at the current rate of carbon emissions.

How we can adapt to prevent these wildfire effects on humans

Scientists say that climate change creates more extreme weather conditions for larger and longer forest fires. Without taking action to stop global temperatures from rising any further, these huge forest fires are likely only to get worse. Therefore, The Limits of Livability states that we should heed them as a warning.

The report also calls for better forest protection and management to stop fires from getting out of control. This is in addition to targeted investment in health services to assist with dealing with the impact of such fires.

“Measures that strengthen health, wellbeing, and healthcare systems in the near term while meeting climate mitigation targets should be prioritized”, according to the report. Politicians would do well to heed the advice. Climate change has arrived, and it is affecting everyone’s health.