A new report confirms that the soaring price of liquefied natural gas (LNG) is having a demonstrable impact on demand across Asia. The report, The Economic Case for LNG in Asia is Crumbling, by the Institute for Energy Economics and Financial Analysis (IEEFA), also finds the destruction of demand may become permanent in certain countries should these high prices persist.

The global LNG industry is reliant upon sustained demand from China, South Asia and Southeast Asia. But, while gas companies are currently enjoying record profits, emerging markets are battling hyper-inflation, fuel shortages and blackouts driven by high energy prices. Countries are responding by shifting to alternative energy sources, putting new gas projects in Australia, the US and Canada at risk as the economic case for LNG expansion falters.

LNG sales in Asia fell by more than six per cent throughout July 2022 compared to last year. In China and India – two of the largest potential growth markets – LNG imports have fallen by 20 per cent and 10 per cent year-over-year, respectively.

“Less than one year into higher prices, LNG markets are already seeing a major realignment of demand away from Asia. Should price spikes and volatility continue over the next several years, downward pressures on Asian LNG demand may accelerate, permanently impairing long-term regional demand growth”, said Reynolds. “Financiers and investors in new LNG projects must take note.”

For this reason, numerous organisations have forecast a stall in Asia’s medium-term LNG demand growth. In July, the International Energy Agency (IEA) significantly reduced its forecast for gas demand growth across Asia by 60 per cent through to 2025, from 370bcm (billions of cubic meters) to 140bcm.

“Today’s record prices and supply disruptions are damaging the reputation of natural gas as a reliable and affordable energy source, casting uncertainty on its prospects, particularly in developing countries where it had been expected to play a growing role in meeting rising energy demand and energy transition goals”, the IEA stated. The Oxford Institute for Energy Studies has also warned that higher gas prices and the rationing of supplies could permanently destroy demand in both Europe and Asia. 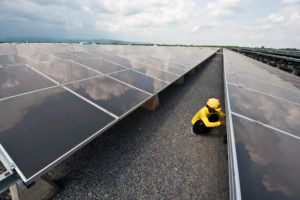 Countries are shifting to alternative fuels

Efforts to reduce LNG dependence are accelerating, as countries rapidly develop alternative energy sources to avoid high LNG prices. In the current climate, investing in renewables and storage rather than new gas infrastructure is economically and environmentally sound, and it is the option many countries are choosing to take.

For example, China is on track to deploy 120 GW (gigawatts) of new renewables capacity this year — 40 per cent higher than the previous five-year average. The Bangladeshi government has stepped back from a 3600 MW (megawatt) gas power project due to unaffordable LNG prices. Pakistan and Bangladesh have now begun to explore domestic alternatives to LNG, including renewables and indigenous gas resources. An uptick in India’s domestic gas production and ambitious renewables targets means that annual LNG demand may not surpass 2020 levels through 2025, according to the IEA.

In prospective markets, such as Vietnam and the Philippines, LNG import projects are facing delays, while policymakers are emphasising the need to reduce dependence on imported fuels. In Northeast Asia, high LNG prices are accelerating decarbonisation plans, including renewables deployment and discussions surrounding nuclear power. Japan is embarking on a renewed focus on energy self-sufficiency, and a pro-nuclear administration in South Korea could result in a permanently diminished demand for LNG.

The result of low demand among Australia’s LNG export destinations undermines the financial viability of the country’s export infrastructure and gas expansion plans. “Evidence that LNG demand is eroding in Asia will be of significant interest to investors in oil and gas companies, particularly those that are looking to open up new projects anticipating strong demand from Asia”, said Laura Hillis, Director of Corporate Engagement, Investor Group on Climate Change (IGCC).

“IGCC produced analysis earlier this year that showed the economic case for Australian greenfield gas projects may be seriously compromised in the event of stronger climate policy settings, which would suggest there is a serious risk of stranded oil and gas assets. The high costs of LNG, which is expected to continue in the medium-term, casts further doubt on the role of the fuel in the transition to net zero emissions for investors”, said Hillis.