Home » Australia’s Natural Gas Investments Risk Billions in Stranded Assets (Video)
Find out why investing in natural gas is a stranded asset risk for Australia in this video.

Natural gas is a planet-damaging fossil fuel. There is simply no room left in the carbon budget for new natural gas investments. Experts have shown that time is up for this outdated fuel source, as demand for cleaner, cheaper technologies take the lead.

Despite this, Australia is sticking to its 2020 plan for a “gas-fired recovery” from the COVID-19 pandemic. It has 600 kilometres of gas pipeline in construction, with a further 12,200 kilometres proposed. A new report, Pipe Dreams 2022 by Global Energy Monitor (GEM), warns that these pipelines represent a stranded asset risk of USD $18.6 billion in Australia alone. Globally, the figure is USD $485.8 billion.

Natural gas is a block – not a bridge – to the clean energy transition. These pipelines will lock in decades of expensive gas production and are incompatible with the IEA’s 1.5°C net zero scenarios, according to GEM. There is simply no credibility left for any new natural gas investments. Instead, a rapid retirement of current infrastructure is essential in the coming years. 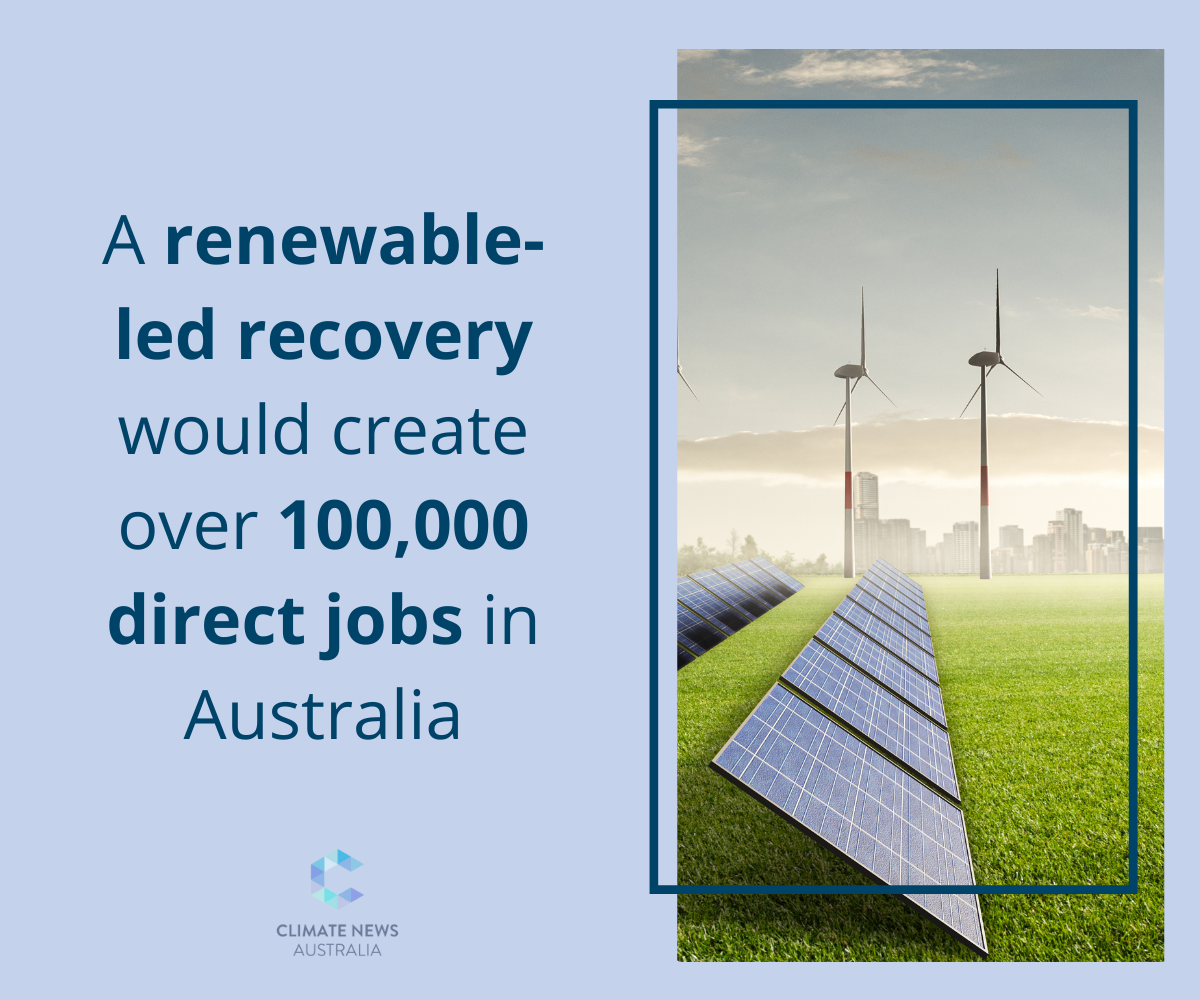 Government and industry decisions mean Australia’s per capita emissions are among the highest in the world. “Australia is a net exporter of fossil fuels and a holdout on coal among OECD nations, slow to commit to a 2050 net zero pledge in a plan that still relies heavily on coal and gas”, outlines the GEM report.

Despite the pressure, the Australian government has rejected calls to strengthen its near-term emissions commitments by 2030. Its plans for a tepid 26–28 per cent reduction relative to 2005 is the lowest among wealthy G20 nations. 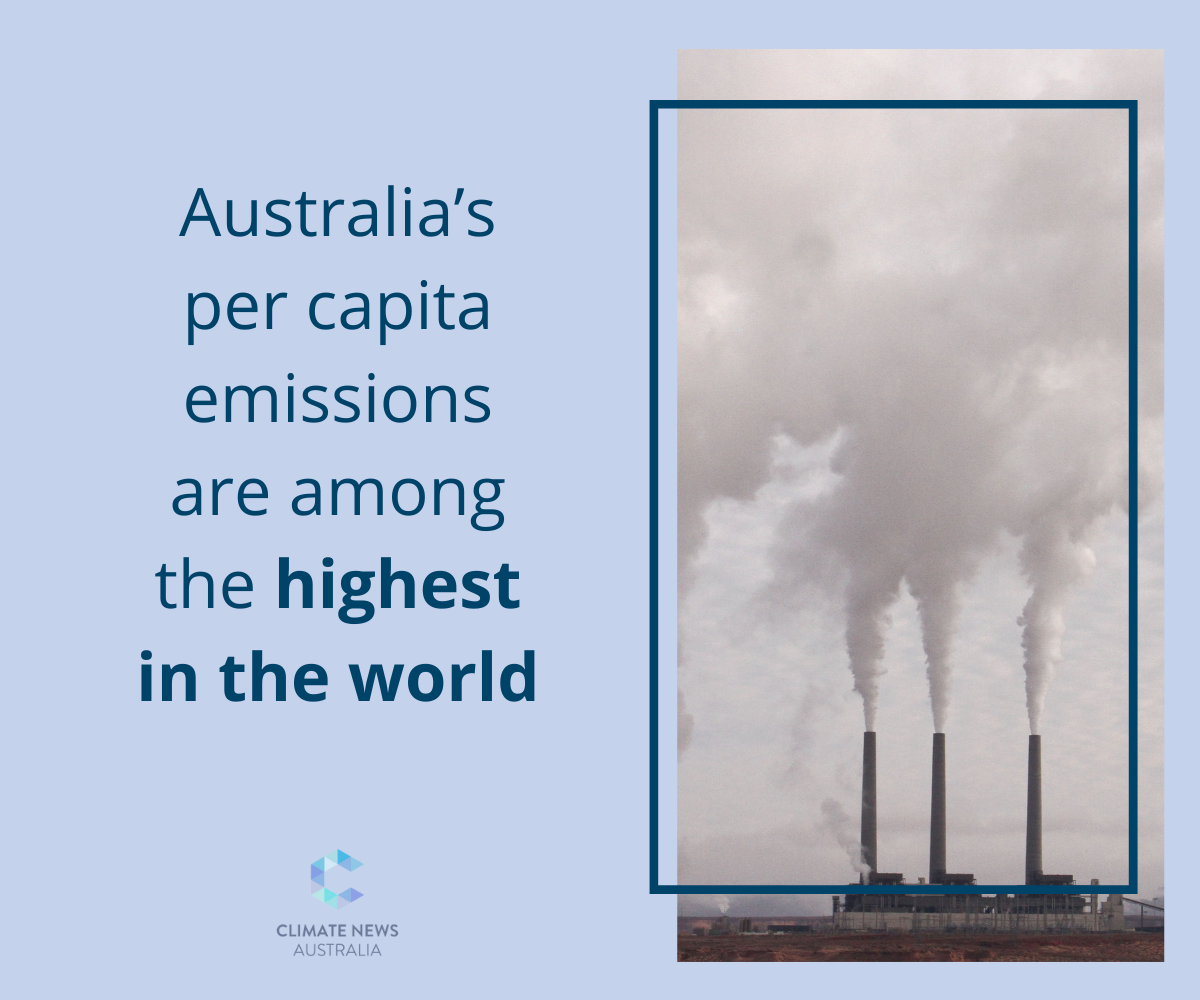 Australia will be left behind in a decarbonising world

Nations around the globe are choosing to bypass gas and switch directly to low-cost renewable energy instead. However, Australia remains steadfast in its plans for natural gas investments. As well as new pipeline projects, it plans substantial capacity expansions on existing networks. The government’s plans are contrary to clear advice from scientists and economists that there is no role for gas in the future.

Australia’s natural gas investments will make it an outlier in this decarbonised world. Following current global trends, Australia could be responsible for up to 17 per cent of global emissions by 2030, warns Climate Analytics.

A closer look at stranded assets

Major economies are committing to net zero goals by 2050, with a drastic mid-term emissions decrease by 2030. Furthermore, the cost of renewables is falling rapidly. Consequently, new gas pipeline infrastructure would be economically unfeasible far sooner than the approximately 50-year lifetime, warns GEM.

An example is Woodside’s Scarborough-Pluto expansion. The AUD $16 billion project represents Australia’s biggest new fossil fuel investment, with plans to export liquefied natural gas (LNG) to the Asia-Pacific for decades to come. However, importing countries are moving away from fossil fuels. Therefore, experts predict a softening – or even collapse – in demand for LNG this decade. This outlook is supported by analysis from Australia’s Reserve Bank. 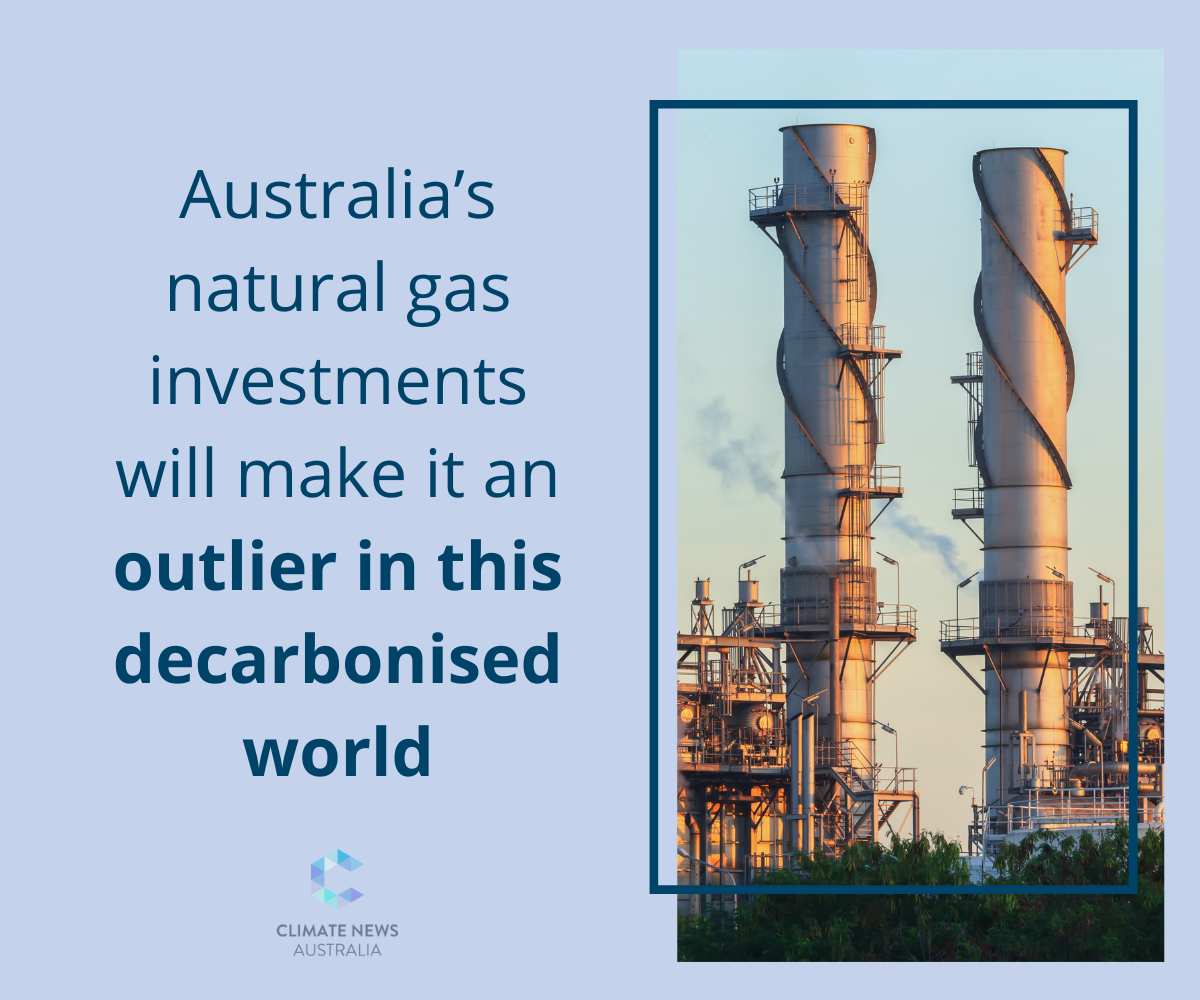 What are the alternatives to natural gas investments?

Australia’s gas-fired recovery will be a disaster for its citizens and climate alike. The plan threatens the “rapidly closing window” to avert the worst effects of climate change while wasting billions of dollars and precious resources. Moreover, the Australian government is making itself a target for litigation while it fails to take sufficient action on climate change.

Luckily, there is an alternative path. Australia boasts some of the best clean energy resources in the world. A renewable-led recovery would create over 100,000 direct jobs in Australia and future-proof the economy. Every dollar spent on clean energy generates nearly three times as many jobs versus fossil fuel projects.

The solutions are ready and waiting: the final piece of the puzzle is political will. Directing investment away from fossil fuels and towards clean energy is the “no-regrets” path all governments must now take. 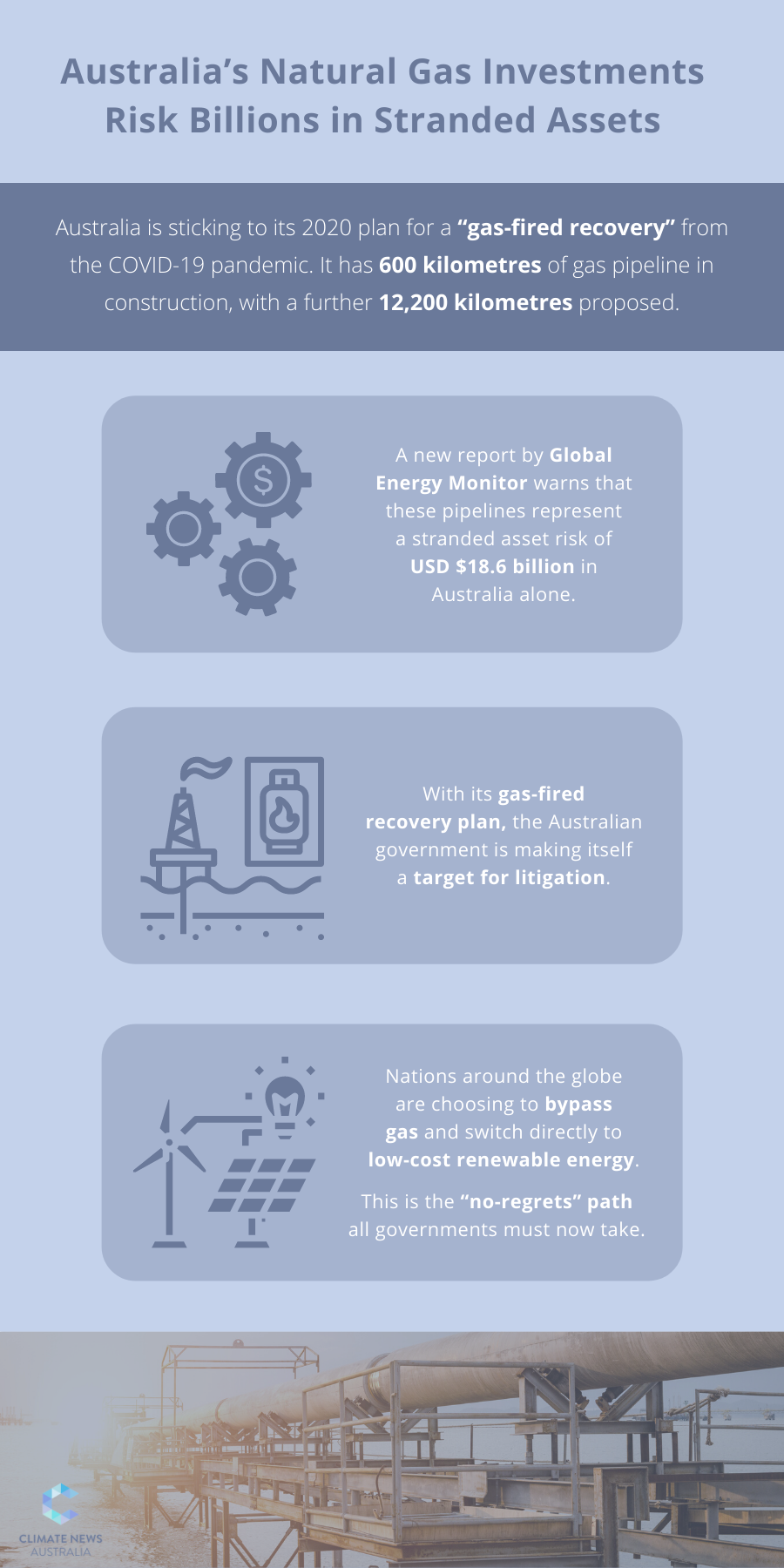