The Australian Labor Party was elected with a strong climate change policy mandate, and new Prime Minister Anthony Albanese has promised Australia a “renewable energy superpower“. Following years of conservative climate inaction, this outlook brings hope to the nation already suffering deeply from the consequences of climate change. Now, there is no time to lose deploying transformational policies for a safer future.

The Climate Council have released a briefing paper outlining a comprehensive list of pragmatic policies the new government should roll out immediately. ​​The policies will reduce emissions across the entire economy — from transport to energy to agriculture. In addition, they also help Australia better prepare for the climate impacts that are already locked in. These include sea-level rise, extreme weather events, bushfires and droughts.

The Climate Council also urges the government to set a more ambitious target of a 75 per cent reduction of greenhouse gas (GHG) emissions by 2030, from 2005 levels. Such deep and immediate action is necessary to avoid the most dangerous impacts of climate change and breakdown. “What we choose to do this decade will determine the standard of living of every Australian for generations to come”, states the paper.

Economically, it is a no-brainer for Labor to go hard on climate. A low carbon economy would add AUD $680 billion to Australia’s economy by 2070 and create 250,000 new jobs, found a comprehensive analysis from Deloitte. Conversely, unchecked climate change could result in an AUD $3.4 trillion loss in the same period. Australia simply cannot afford another day of delay.

The briefing paper outlines 52 climate-focused policies and programs grouped into six sections. These are a “recipe — not a shopping list”, says the Climate Council. Labor must implement these in full to achieve rapid emissions reductions and help protect Australians from climate impacts. The complete list can be found via the briefing paper and is summarised here:

1. Turning Australia into a climate leader

Policies include expanding the electricity transmission network to facilitate 100 per cent clean energy by 2030 and investing in energy-efficient homes. The government should also provide funding for cleaner transport networks and grants to establish community clean energy hubs. Research and development into agricultural technologies would also support decarbonising Australia’s economic sectors. 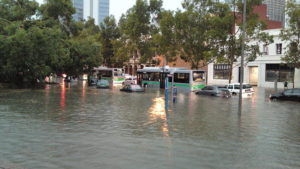 Policies include no taxpayer-funded fossil fuel subsidies and investments — both in Australia and abroad. The government should also introduce a moratorium on new offshore gas, and phase out the fuel tax credit scheme. Proper engagement with communities at the forefront of the energy transition is also a vital part of the fossil fuel transition policy.

Climate policies should be accessible to the public with clear accountability for decision-making. This entails restoring the independence of the Climate Change Authority (CCA) and increasing funding to CSIRO and the Bureau of Meteorology (BOM). In addition, the government must establish an independent body to research gas industry emissions and terminate the Great Barrier Reef Foundation funding agreement.

The benefits of Australia taking strong action on climate are indisputable. “This is a clear path to economic prosperity for our country; one that will unlock investment, set up new industries and revitalise our regions”, writes the Climate Council. Strong Australian climate change policy can have an “outsized and positive influence on what happens next around the world”.

However, Labor’s current policies fall short of meeting the Paris Agreement and are compatible with 2°C level warming. This must be avoided at all costs. With just eight years to go to meet 2030 goals, there is no time to lose to take stronger action on climate.