Home » Australian Coal And Gas Exporters Gain AUD $85 billion Windfall Profits (Video)
The Australia Institute calls for taxing the billions in profits made by Australian coal and gas companies to fund the cost-of-living crisis and the transition to clean energy. Watch this video to find out more.

Australian coal and gas exporters have reaped additional windfall profits of up to AUD $85 billion, according to new research by the Australia Institute, a progressive think tank. This comes as households and businesses struggle with surging energy prices, with further increases forecast for 2023.

Experts argue that the government could – and should – tax the entirety of these windfall profits. The revenue could then fund the transition away from coal and gas towards cleaner, cheaper energy. It could also provide immediate support to low and middle-income Australians hit hardest by the cost of living crisis.

“This research shows that while Australian consumers have been hit with surging prices for energy, coal companies have been making windfall profits from exporting Australian coal”, said Dr Richard Denniss, Executive Director at the Australia Institute. Coal and gas companies are “making a killing” while hammering households and businesses with higher bills. “A windfall profits tax could collect almost 100 per cent of this money for the public”, he added. “That’s why a wide range of experts including Nobel Laureate Joseph Stiglitz describes it as a ‘no-brainer’.” 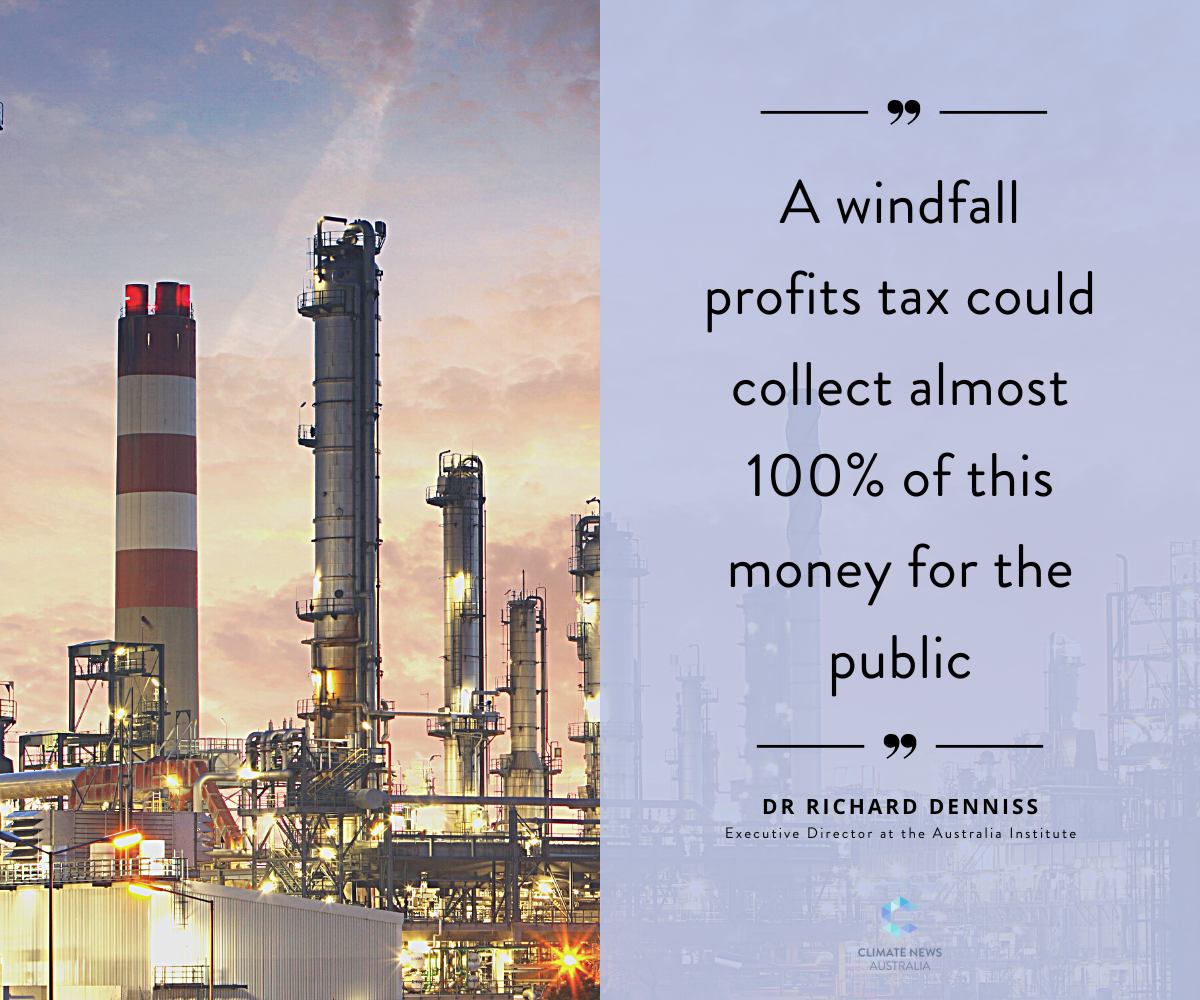 The Australia Institute’s reports expose the vast scale of Australian companies profiteering from Russia’s war in Ukraine. Australian fossil fuel giants Woodside and Santos are among those reaping record revenues, the Guardian revealed in July. Not only are fossil fuels funding Russia’s war, but companies are exploiting the crisis to the detriment of everyone else, pointed out Jamie Henn, Director of Fossil Free Media, in March. “There’s no way that Putin would be in the position he is to launch this terrible war and invasion, if it wasn’t for the profits that come from fossil fuels”, Henn said. “And that’s the terrible irony of this moment – that oil and gas companies helped create this crisis.”

The current situation is a “master class in war profiteering”, Lukas Ross from Friends of the Earth told the Washington Post. “Humanitarian disaster and consumer pain are being turned into Wall Street profits in real time.” 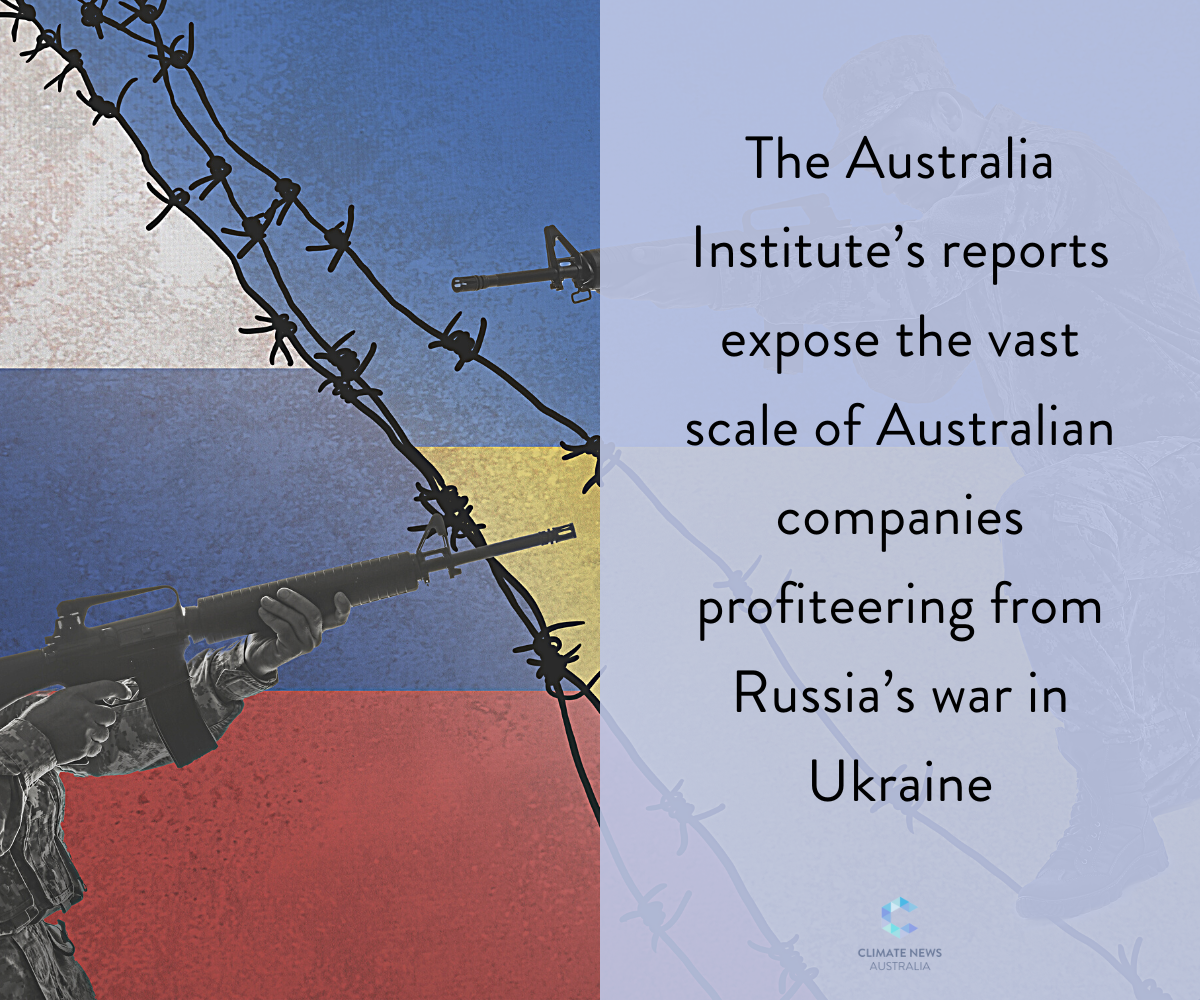 These enormous excess profits in the context of rising household energy bills mean that fossil fuel company revenues are under increasing scrutiny. As the Australia Institute highlights:

Coal and gas companies reaping these record profits while Australians struggle with a soaring cost of living is why almost all Australians support government intervention into the energy market, said Dr Denniss. 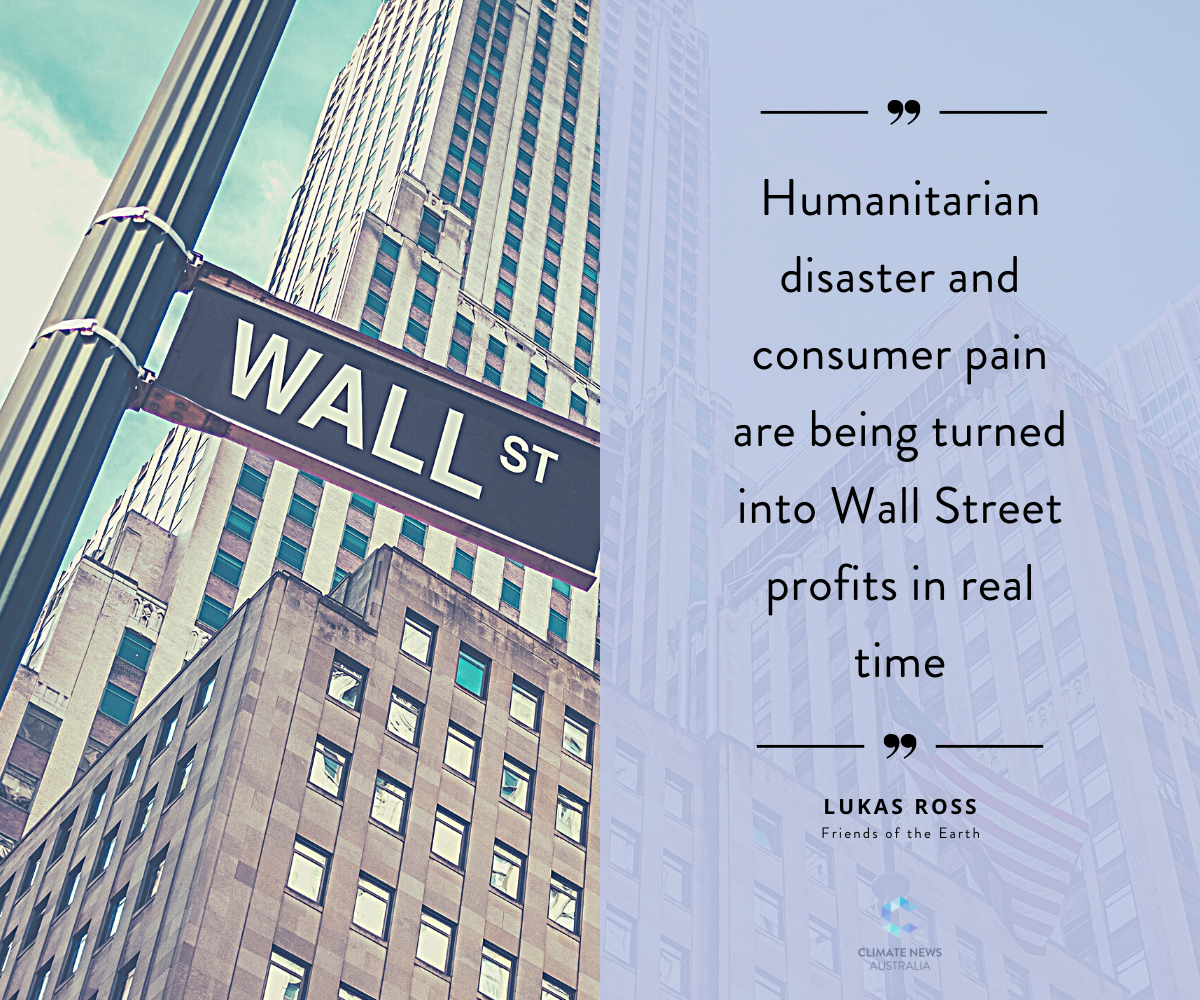 The Australia Institute published its report the same day the government passed a temporary energy price cap of AUD $12 a gigajoule for gas and AUD $125 per tonne of coal sold to power plants. This will cost the federal and state governments approximately AUD $1.5 billion, and lower the average household electricity bill by AUD $230 in 2023.

While many welcome the scheme, some argue that a tax on fossil fuel windfall profits should fund it rather than public money. “I fully support the need to lower energy bills for Australian households and businesses”, said ACT independent Senator David Pocock. However, “it is unconscionable that Australian taxpayers should have to pay compensation to companies to put a limit on the record wartime profits they have been making in selling our own resources back to us”, he added.

Furthermore, the package does not go far enough to address the scale of the crisis, Senator Pocock highlighted. For example, energy bills will still increase by as much as 23 per cent next year. “Fully electrifying every home in Australia – equipping them with things like solar panels and heat pumps – would cost about the same as the government currently spends every year on fossil fuel subsidies”, he said. Redirecting these subsidies would have a far greater impact – both on energy costs and climate action – than the announced short-term price cap intervention. Moreover, it would help to halt coal and gas companies profiteering from the global crisis that they themselves are fuelling.