The Renewable Energy Transition Will Pay Back in Just Six Years

A new global study from a research group at Stanford University found that the transition to 100 per cent clean, renewable energy would pay back in energy savings in just six years. In Australia, this full transition to renewable energies would pay back even sooner at a little over five years. The new system would address the multiple global crises of climate change, air pollution and energy insecurity, providing the foundation for a clean and efficient world economy.

​​The scientists focussed on the 145 countries responsible for 99.7 per cent of world human-caused carbon dioxide emissions (CO2). The study covers the transition to 100 per cent renewable energy generation from wind-water-solar (WWS) alongside energy efficiency and clean energy storage. This will take place “ideally by 2035, but by no later than 2050, with at least 80% by 2030.” This is possible while avoiding blackouts and at a low cost using almost all existing technologies.

The upfront costs of this WWS transition are undeniably vast — totalling about USD $62 trillion across the 145 countries. However, it would result in annual energy cost savings of USD $11 trillion. Therefore, the system has a payback period of fewer than six years, wrote lead author Mark Z. Jacobson in the Hill.

The biggest cost saving comes from the fact that energy use from efficient renewables is 56 per cent less when compared to a fossil fuel combustion-based system. Furthermore, the transition would create 28.4 million more long-term, full-time jobs than lost across the countries.

This also means that following the payback period, nations would collectively save trillions annually in reduced energy, health and climate costs. Considering that climate-related disasters alone cost the world economy USD $520 billion per year – alongside untold human suffering and ecological destruction – there is no better way for nations to invest in their future.

The results for the 145 countries

Further results from transitioning to 100 per cent WWS for all energy purposes include:

Furthermore, the scientists found that these new renewable projects would require just 0.36 per cent of the 145-country land footprint. However, there is a lot of ground space between onshore wind turbine structures, which can be used for multiple other purposes including farmland, rangeland or large-scale solar. This makes the actual land footprint much less at just 0.17 per cent. This footprint is significantly reduced from previous estimates. 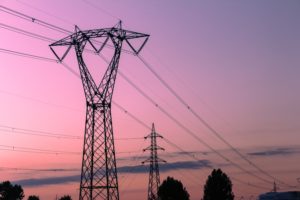 We already have the technologies

The scientists only focussed on technologies that address air pollution, global warming and energy security concurrently. “It did not include bioenergy, natural gas, fossil fuels or bioenergy with carbon dioxide capture, direct air capture of carbon dioxide, blue hydrogen or nuclear power. We concluded that these technologies are not needed and provide less benefit than those we included”, wrote Jacobson. Instead, the study considered WWS technologies only, as follows:

“The study concludes that we do not need miracle technologies to solve these problems”, explained Jacobson. “By electrifying all energy sectors; producing electricity from clean, renewable sources; creating heat, cold, and hydrogen from such electricity; storing electricity, heat, cold and the hydrogen; expanding transmission; and shifting the time of some electricity use, we can create safe, cheap and reliable energy everywhere.” Therefore, the study debunks fossil fuel industry arguments that we need coal, oil and gas for energy security.

What does this mean for renewable energies in Australia?

For Australia, the scientists calculated upfront costs of USD $617 billion upfront. These costs would be made back in energy savings in just five years, according to the study. Furthermore, the transition would create 300,000 more long-term, full-time jobs than lost. There would also be further jobs created in producing electric appliances, vehicles and machines.

Further results from transitioning Australia to 100 per cent WWS energy

Opportunities for renewable energies in Australia

There is an abundance of renewable energies in Australia, alongside an established industrial and manufacturing base. This means there are significant and immediate opportunities for accelerating Australia’s renewable transition across all sectors. While new government policy pledges to electrify Australia’s grid by over 80 per cent by 2030, there is no reason it cannot meet 100 per cent by the same date. Furthermore, as per the study, powering transport, buildings, industry, the military, and agriculture, forestry and fishing with 80 per cent renewables by 2030 are also within reach.

However, alongside its renewable transition efforts, the government is simultaneously supporting new fossil fuel projects, labelled by some as “climate bombs“. These would not only cause a climate catastrophe but also risk stranded assets, which would result in a colossal waste of public money. The Stanford study proves there is no need whatsoever for such projects — for either domestic use or for export to other countries. Instead, investing in the clean WWS technologies along with efficiencies and storage is enough to provide the world’s energy needs.

Australia is already paying dearly for the climate crisis. From wildfires and floods to damage to our homes, health and the Great Barrier Reef, the evidence against fossil fuels has never been more clear. In fact, the study found that Australia’s current energy, health and climate costs total USD $622 billion annually. For context, this is almost half of Australia’s entire annual GDP. But, these costs would be reduced by almost 90 per cent under a clean economy. This roadmap shows how Australia can mitigate these dire problems and improve the quality of life of citizens, all while saving vast amounts of money as a result.