Australia’s natural gas prices 2021 reflect an industry that is out-of-date and in decline. Queensland’s natural gas consumers are currently paying 51 per cent above the equivalent export prices.

Solar and wind power increased the share of renewables in the NEM to 26.4 per cent in 2020. This is up from just 15.6 per cent in 2017. Their growth is behind a significant decline in electricity greenhouse gas emissions.

The emissions from natural gas production are predominantly methane. This greenhouse gas survives in the atmosphere for a shorter period than carbon dioxide. However, over 20 years, it has 86 times the global warming potential. Natural gas consumption contributes 35 per cent of all methane emissions. These emissions need to decline by 70 per cent between 2020 and 2030 to meet the Paris Agreement goals, according to the International Energy Agency.

Australia’s natural gas produces large quantities of emissions. Yet, it does not save Australian electricity consumers money. What is the history, trends and future of this sector?

Australia has vast supplies of natural gas. It is the country’s third-highest energy resource, after coal and oil. This fossil fuel provides a quarter of the nation’s energy needs.

The rise of natural gas 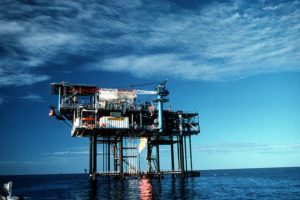 Burning natural gas in inefficient boilers was also used to generate electricity. Little consideration was given to energy efficiency or climate impacts. Eventually, the oil industry saw that they could utilise the waste product for heating houses and water.

Global demand for gas has been rising steadily over the last five decades. By 2018, Australia had become the world’s largest exporter of natural gas. Japan and South Korea are the world’s biggest LNG importers. 79 per cent of Australia’s LNG goes to Japan.

Predictions assert that Asia and the Middle East will drive nearly all future increase in demand for natural gas. It will come from outside of advanced economies. This risks making these countries dependent upon gas-producing nations, like Australia, for their energy needs.

In 2014, the natural gas industry in Queensland made a serious mistake. They overestimated the productive capacity of their coal seam gas fields. They, therefore, built too many export LNG facilities. Costs skyrocketed, and it was a financial disaster.

To recoup their investments, several gas companies increased the domestic price of natural gas. It was set well above international parity prices. Australians now pay far more than overseas consumers for their gas.

Exports of LNG from Gladstone, Queensland, began in 2015. Since then, gas prices have spiralled by over 130 per cent. Queenslanders had a stable domestic market for gas with reasonable prices of AUD $3-4/GJ in 2015. Prices now vary between AUD $8 and AUD $12. This is despite Queensland producing 96 per cent of Australia’s east coast coal seam gas (CSG).

Though the price of gas fell steeply after the 2008 peak, the overall cost is not coming down. The price of gas today is higher than 20 or 30 years ago. There is no reason to anticipate the price of electricity from gas production declining over the coming decades.

Gas production: Has it reached its peak?

As a result of the high prices, gas used for power generation has fallen by 59 per cent since 2014. Gas plants cannot afford globally competitive gas production. Gas-intensive industries are therefore moving offshore. Gas is also being replaced by renewable sources.

Demand for gas production is also falling in the domestic consumer market, the manufacturing sector and as a source for power generation. Renewable energy as a cheap and reliable alternative is making natural gas consumption obsolete. 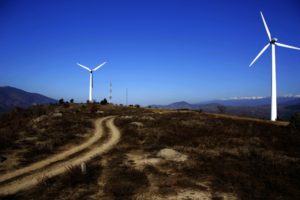 Renewables, such as wind, offer cheaper, cleaner energy than gas

The future of Australia’s natural gas

As natural gas prices 2021 show, renewables are the future of Australia’s energy needs. Solar and wind are the cheapest source of new-build power generation for two-thirds of the world. This two-thirds includes locations that comprise 71 per cent of gross domestic product and 85 per cent of energy generation.

Electricity costs from utility-scale solar PV have declined 13 per cent each year, reaching USD $0.068 per kilowatt-hour in 2019. Solar photovoltaics experienced an 82 per cent fall in cost between 2010 and 2019.

The rapid increase in grid-scale battery storage technology is also challenging natural gas. Advances in storage systems solve the intermittency issue of wind and solar power. Along with cost reduction, this has been the key reason for the slow uptake of renewables. But, now these issues have been overcome, there is no logical reason not to transition to clean energy sources.

The future of gas production and clean energy

Grid-scale batteries are already part of the energy market in Australia. They are overtaking fossil fuels, such as natural gas. Natural gas demand from all sectors declined by 21 per cent since 2014. It is clear that renewables will provide an increasingly large proportion of the world’s energy needs going forward. Australia needs to wake up to this and turn its back on emissions-heavy natural gas.