Why Is It So Hard to Get Cheap Gas These Days?

Home » Why Is It So Hard to Get Cheap Gas These Days?

Soaring gas prices are making headlines worldwide. Australia has plenty of gas and is one of the world’s largest producers. So, where has all the cheap gas gone?

In Australia, wholesale power prices doubled in the year to March and have since doubled again. Earlier this year, gas was trading at approximately AUD $10 a gigajoule. By late May, wholesale prices in Victoria soared 80 times that level, reaching AUD $800 per gigajoule. The situation was so severe that the Australian Energy Market Operator (AEMO) had to intervene to temporarily cap the price.

Why is gas so expensive at the moment?

The spiking price of gas is a direct result of Russia’s war in Ukraine. Sanctions on Russia – a key gas exporter – have disrupted the global supply of energy and have resulted in a shortfall of supply. As a result, the international price of gas has soared. Australia is by no means the only country affected by the crisis.

But, Australia produces plenty of domestic gas. So, why is Australia at the mercy of international prices? Australia exports the vast majority of its gas resources. Specifically, Australia exports 72 per cent of its gas and uses another 7.5 per cent to process this. Therefore, it is a net exporter and features in the world’s top three suppliers of liquefied natural gas (LNG), leaving little in reserve for domestic needs. Due to particularly cold winter temperatures and failing coal-power plant output, demand for gas usage in Australia has risen, just as global prices have spiked. Consequently, any additional gas for Australia’s domestic use has to be sourced from the spiralling international market.

This means that while Russia’s war is partly responsible for the lack of cheap gas in Australia, it is not solely accountable. It has been exacerbated by “a litany of policy failures” over recent years, say the Climate Council. Therefore, the current crisis in Australia could have been avoided with responsible energy planning and policies that prioritised affordable energy supply for citizens over fossil fuel industry profits. 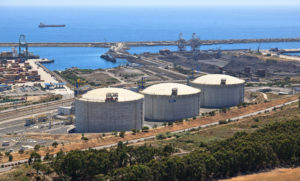 The Australia Institute predicted the current gas crisis a decade ago, said the institute’s Chief Economist Dr Richard Denniss. This was when producers started developing Australia’s export market. Between 2015 – when LNG exports began at Gladstone in Queensland – and 2019, the price of electricity increased 130 per cent, driven by gas exports pushing up the price.

There is no gas shortage in Western Australia, where LNG producers must reserve 15 per cent for the domestic market. However, no such protection exists in Australia’s eastern states. Instead, the previous Federal Government gave “free rein” to gas companies, suggests the Climate Council. This allows these companies “to export as much as they like overseas, and leave domestic prices open to the volatility of the international market”.

Gas prices are not linked to shortages

In fact, the gas industry has spent AUD $80 billion in the past decade on infrastructure to export Australian products, said Dr Dennis. “There is no gas shortage in Australia. We’re producing three times more gas than we used to”. The price surge is inevitably what happens when you link a small market to a large one, he said. Exporters win while local consumers lose.

The result is gas exporters making windfall profits from the crisis. To add insult to injury, ahead of the federal election, the government handed out enormous subsidies in public money for their operations.

“The current gas price crisis is a direct result of the gas industry’s own profit chasing,” said Mark Ogge, Principal Advisor at the Australia Institute. “Australia’s gas price crisis is fuelled by gas executives who would rather make more profits from international exports than provide affordable gas to Australian households struggling with the cost of living”, said Mr Ogge.

Gas consumption in Australia has been on the decline in recent years, falling 21 per cent between 2014 and 2021. At the same time, renewables have been steadily increasing, accounting for 31.4 per cent of generation in Australia’s National Electricity Market last year.

But, despite these gains, Australia remains far too reliant on gas. Around 45 per cent of Australian households still depend on natural gas and many homes are also poorly insulated, resulting in sky-high heating bills. To make matters worse, successive government policies have failed to integrate renewables into the national grid. A grid update in the 2000s doubled energy costs but did not facilitate renewable connections. This has stalled renewable deployment and decreased the value of wind and solar assets by an estimated AUD $1 billion over recent years.

“Too many homes, businesses and industries rely on gas for heating, cooking, and energy at the moment”, states the Climate Council. This means the high power bills hit the most vulnerable people in our society the hardest, suggests the organisation. “What we’re seeing right now is the cost of remaining heavily reliant on fossil fuels for energy”, said Nicki Hutley, an experienced economist and Climate Council member.

Furthermore, Australia’s fossil-fuelled economy means that the rising price of gas is affecting much more than the price of electricity and fuel. As a result, economists are warning that Australia’s gas crisis will “stoke inflation and crimp economic growth”. For example, major food industry players say their energy costs are “out of control“, and prices could rise 10 per cent this year as a result. The gas crisis could even affect food supply and threaten food security. This demonstrates what experts have been warning us about for years — that fossil fuel use can have far-reaching, detrimental consequences for the security of economies and societies.

The hidden costs of natural gas

But, before the crisis, was gas really ever cheap? Without an adequate price on carbon, gas has historically excluded the external costs to health, society and the economy, which we have been paying for in other ways.

For example, natural gas is a leading driver of climate change. The industry is directly responsible for the climate heating emissions that are helping to cause deadly heatwaves, wildfires and flooding, which cost us AUD $39 billion a year alongside untold human suffering. Pollution from the gas industry is also costing us in the form of ill health, diseases and early death.

Furthermore, the gas industry in Australia is heavily subsidised with public money. Fossil fuel companies cost Australians AUD $11.6 billion in subsidies last financial year alone. This is “perverse”, said Rod Campbell, Research Director at the Australia Institute, “while communities across the country are bearing the costs of disasters exacerbated by fossil fuel use.” Shockingly, a 2022 report also found that five gas company giants have paid no income tax on their Australian operations – totalling AUD $138 billion – for seven years.

Furthermore, subsidising and promoting gas as a ‘bridge fuel‘ locks in infrastructure, delaying the transition to 100 per cent renewable energy. This is hindering the shift to a cleaner, more efficient and more prosperous economy. For example, Beyond Zero Emissions found that targeted investments in renewables and low emissions projects could deliver 1.8 million new jobs, higher wages and up to two per cent economic growth in Australia in just five years.

So, while people and businesses might have benefitted from lower gas prices over the decades, they have been paying the price heavily in other ways — and will continue to do so as long as the gas industry remains propped up in Australia. 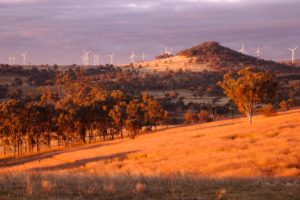 Renewables are the answer

Ultimately, gas is making our nation poorer and less secure. Gas companies are exploiting the crisis to get rich at the expense of households facing soaring bills and above-growth inflation.

It does not have to be this way, and renewables are the solution. Our abundant clean energy resources are now the cheapest form of energy generation. “The quickest and cheapest way to increase Australia’s supply of affordable energy is to replace fossil fuels with renewables and electrify our households and businesses”, according to the Climate Council.

Furthermore, the “rapid advance of technology” means that it is now cheaper in Australia to heat your home and water with a heat pump system and cook with an induction cooktop. These technological advancements, along with the falling cost of renewables, are making gas increasingly uncompetitive as a fuel source. Essentially, renewables can now power domestic heating and cooking and electricity generation — but much more cheaply, cleanly and efficiently than gas.

“We must turn our back on traditional self-serving responses and accelerate our investments in renewable energy and storage,” says Greg Bourne, energy expert and Climate Council member. This would help us become more self-sufficient, protect us from volatility, lower our emissions and create new industries.

We are already witnessing the success of this in action. It is not new news that renewables can reduce electricity prices in Australia. For example, progressive policy in the ACT means that low-cost renewable power is surging ahead – and power prices are declining as a result.

As Climate Councillor Nicki Hutley summarises: “Renewables with storage should be the answer. The ACT is showing the rest of the nation how investing in renewables delivers greater returns to households and businesses in the form of cheaper, cleaner, energy.”