What Is Coal Seam Gas and How Is It Extracted?

Home » What Is Coal Seam Gas and How Is It Extracted?

Coal seam gas (CSG) is natural gas extracted from coal seams. It is found between 300 and 1,000 metres below the ground. The mixture of gases found in coal seams is colourless, odourless and non-toxic. Methane is the primary component, typically consisting of between 95 and 97 per cent of CSG.

Natural gas in coal seams bonds to the surface of coal particles. Water and ground pressure traps the gas with the coal. It forms a thin film on the surface of the coal. This is known as absorption.

In Australia, fossil fuel companies are mining coal seam gas because they are depleting conventional gas resources. This is particularly true in the eastern states where conventional gas reserves are limited. In Western Australia, large quantities of natural gas remain untapped offshore. However, the gas market in that state is not connected to the eastern states. Therefore, gas companies in Queensland and New South Wales have been extracting CSG to meet consumers’ demands, both at home and abroad.

How is coal seam gas formed?

Coal seams and the gas within them form over millions of years. Decomposing organisms, such as plants and animals, are exposed to pressure, heat, chemical energy and other forces to form both coal and gas. Most of the gases gradually escape into the atmosphere. But, a small proportion gets trapped in coal seams. This can nevertheless be a significant amount. Due to coal’s large internal surface area, it can hold significantly more gas than a conventional gas reservoir with an equal rock volume.

Coal seam at a coal mine

How is coal seam gas extracted?

There are two ways to extract coal seam gas: well development and fracking.

Well development can remove the natural gas from a deposit. First, it requires drilling a hole to the depth of the coal seam. Then, a steel casing is inserted into the hole. Concrete is injected into the space between the casing and the hole. Subsequently, the well can pump water from the seam to the surface. This reduces the pressure on the natural gas, allowing it to flow up the well.

However, in many cases, hydraulic fracturing – or “fracking” – is necessary to extract natural gas. The Oceania continent’s largest producer of coal seam gas, Australia Pacific LNG, estimates that it will use hydraulic fracturing for 30 to 40 per cent of its wells. The controversial technique applies to coal seams that are not permeable or where there are few natural pathways for water and gas to flow.

Fracking involves injecting water and chemicals into a coal seam under extremely high pressure. The purpose is to widen any existing fractures and also to create new ones. Proppants, such as sand, accompany the injected fluid to keep the fractures open once the fracturing is complete.

Fracking uses huge volumes of water, sand and a cocktail of chemicals. The technique creates vast quantities of wastewater, which is brought to the surface. This fluid contains both introduced and naturally occurring chemicals, for instance, endocrine-disrupting chemicals (EDCs), polyaromatic hydrocarbons and volatile organic compounds.

EDCs are particularly worrying. They can linger in the environment for decades. Links between EDCs and debilitating health conditions, like infertility, diabetes, obesity, hormone-related cancers and neurological disorders, have been established by over 1,300 studies, according to the Endocrine Society’s 2015 Scientific Statement.

Where is coal seam gas extracted in Australia?

Eastern Australia has the most significant onshore coal seam gas reserves. Queensland’s Bowen and Surat basins have the largest proven reserves. Companies like Australia Pacific LNG have been producing CSG from these reserves since the mid-1990s.

The Bowen Basin is where the commercial production of CSG began in Australia in 1996. But, other major reserves have also been identified in New South Wales in the Sydney, Gunnedah, Clarence-Moreton and Gloucester basins. Further exploration is underway or planned for other coal basins. These include the Galilee, Arckaringa, Perth and Pedirka basins.

Like Queensland and New South Wales, the Northern Territory does not have a ban on fracking in parts of the region. However, this is not the law throughout the entire country. There is a ban on unconventional gas exploration in Victoria. This has been the case since 2017. Similarly, the states of Tasmania and South Australia currently have temporary bans on fracking.

How many coal seam gas wells are operating currently?

It is difficult to obtain an official figure for the total number of coal seam gas wells operating in Australia. However, what is clear is that the number has been growing rapidly. By 1990, 30 coal seam gas wells had been drilled in the Bowen Basin, Queensland. Five years later, just before the commercial production of CSG began in 1996, the number had increased to 160. 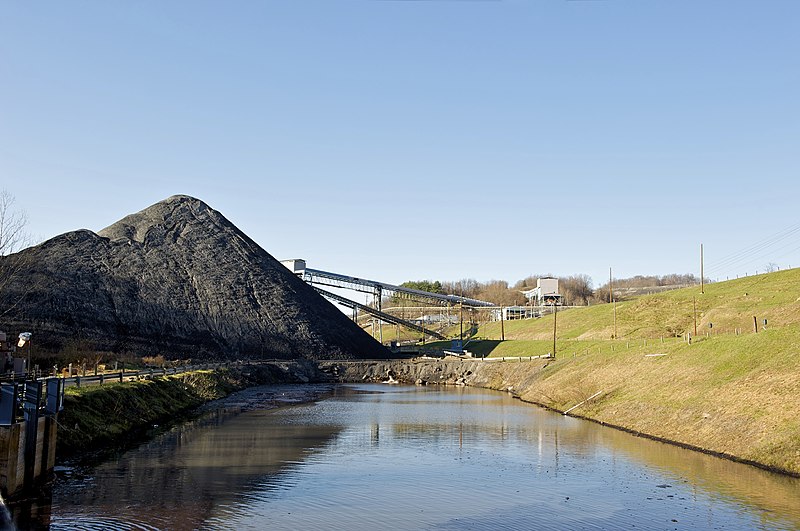 How does coal seam gas affect the environment?

As mentioned, extracting coal seam gas often requires hydraulic fracking. This is problematic because it has the potential to contaminate water sources. The highly toxic chemicals added to fracking fluid can end up in aquifers. The gas it releases can also infiltrate water supplies. There are environmental concerns around the damage that untreated fracking water can do at the surface level. It can damage animals’ habitats and contaminate drinking water with toxic chemicals.

Moreover, removing water from coal seams to reach the natural gas removes water from subterranean aquifers. This has an impact on limited groundwater resources, a significant concern across most of Queensland. The average well uses about four million gallons of water. That can deplete much-needed drinking pools in Australia’s outback.

Coal gas mining also affects our entire planet. All natural gas is predominantly methane with a concentration of at least 90 per cent. Burning this fossil fuel produces carbon dioxide (CO2). CO2 in the atmosphere is the leading cause of global warming. Producing more natural gas, whether from conventional or unconventional sources, results in more CO2 being added to the atmosphere.

Furthermore, methane itself is a key greenhouse gas. Over the short term, it contributes far more to global warming than CO2. Methane traps 86 times as much heat as CO2 does during its first 20 years in the Earth’s atmosphere.

Extracting, transporting, and utilising natural gas all result in methane leaks. An estimate of leakages from the Permian Basin in the US found that 3.7 per cent of the natural gas produced there was leaking. Due to methane’s global warming potential, this makes the use of natural gas worse for the planet than coal.

Should we use coal seam gas?

We should not use coal seam gas, conventional gas, oil or coal anymore. These fossil fuels are driving climate change and threaten our entire planet. Using them has already caused about 1°C of global warming. If we do not transition to alternative renewable energy sources immediately, we will cause more irrevocable damage to the natural world around us. Stopping the production of these dirty fossil fuels is critical to preventing further climate change and avoiding environmental collapse.