What Are the Causes of Global Warming and How Can We Limit It?

Home » What Are the Causes of Global Warming and How Can We Limit It?

The levels of carbon dioxide in the Earth’s atmosphere are at their highest in 800,000 years, according to scientists. This increased concentration of CO2 is causing global warming and our climate to become more erratic and extreme.

The last time that CO2 levels were this high was more than three million years ago. Temperatures at this point were 2 to 3°C higher than they were before global warming started around 150 years ago. While this may not sound like much, sea levels were 15 to 25 metres higher. This is because higher temperatures result in increased sea levels, submerging countries and coastal cities worldwide.

Each year, we emit far more carbon dioxide into the atmosphere than the amount removed. As a result, the level of CO2 in the air is rapidly increasing, meaning that it will be its highest in three million years. The impact of this on the planet and our future will be catastrophic and cannot be underestimated.

Without the greenhouse effect, the Earth’s temperature would be below freezing. The problem is that increased CO2 levels can also tip temperatures out of balance. Scientists say that rising CO2 is creating a ‘feedback loop’, in which the rising temperatures feed on themselves and create a vicious cycle. That could accelerate Earth’s heating and put all life in danger. 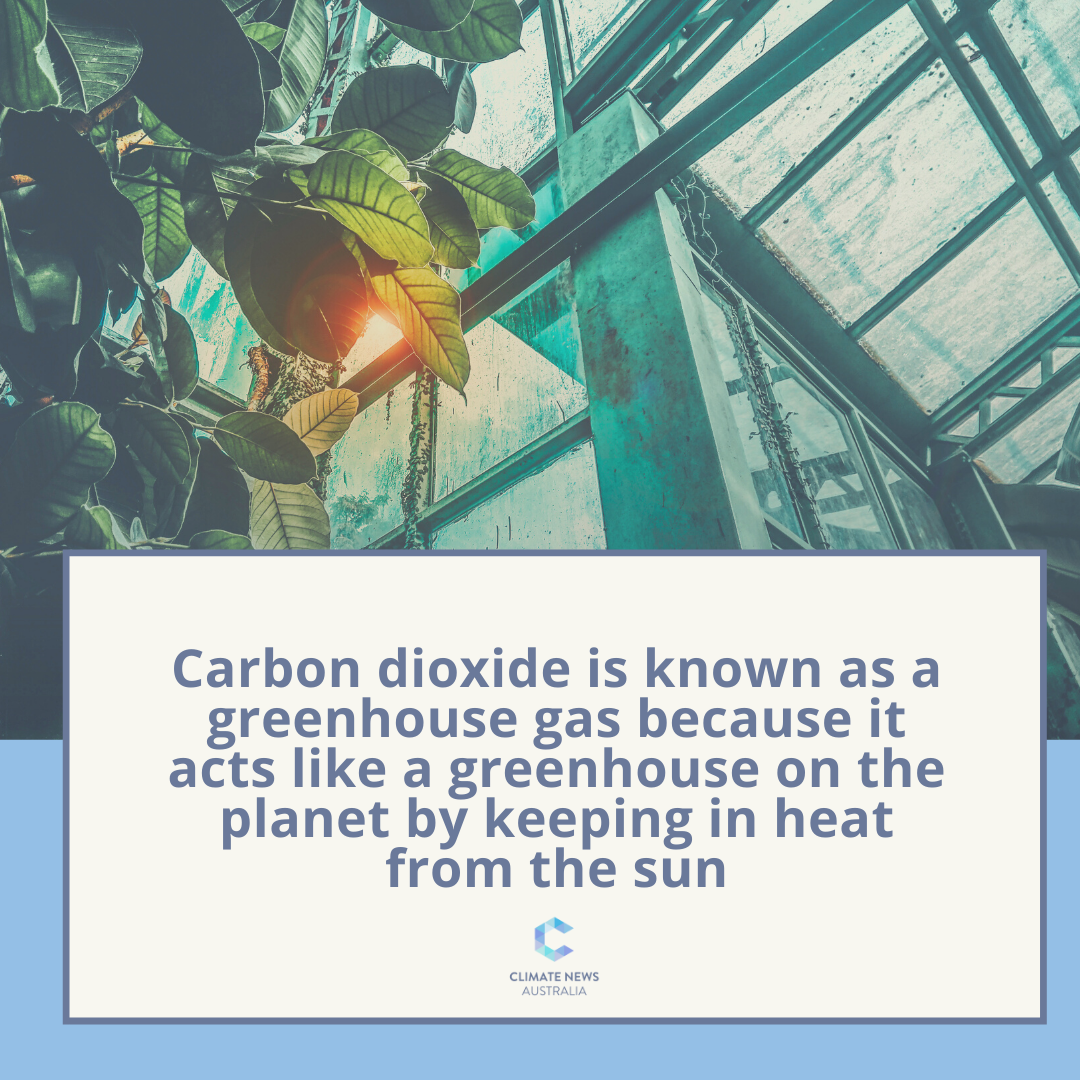 Carbon dioxide is not the only greenhouse gas. However, it is the most abundant gas, and it stays in the atmosphere for far longer than others. While it absorbs less heat per molecule than methane, which is around 90 times worse, methane molecules disperse after a decade. CO2, on the other hand, can stay in the atmosphere for thousands of years. That is why scientists say that it is toxic to our health and climate.

CO2 increases in the air are responsible for about two-thirds of global warming, while other gases make up the rest. In 2019 alone, we emitted over 36 billion tonnes of CO2 into the atmosphere. This will remain for thousands of years. Therefore, even though CO2 accounts for just 0.04 per cent of the atmosphere, those billions of tonnes of CO2 will still trap heat and fuel global warming. 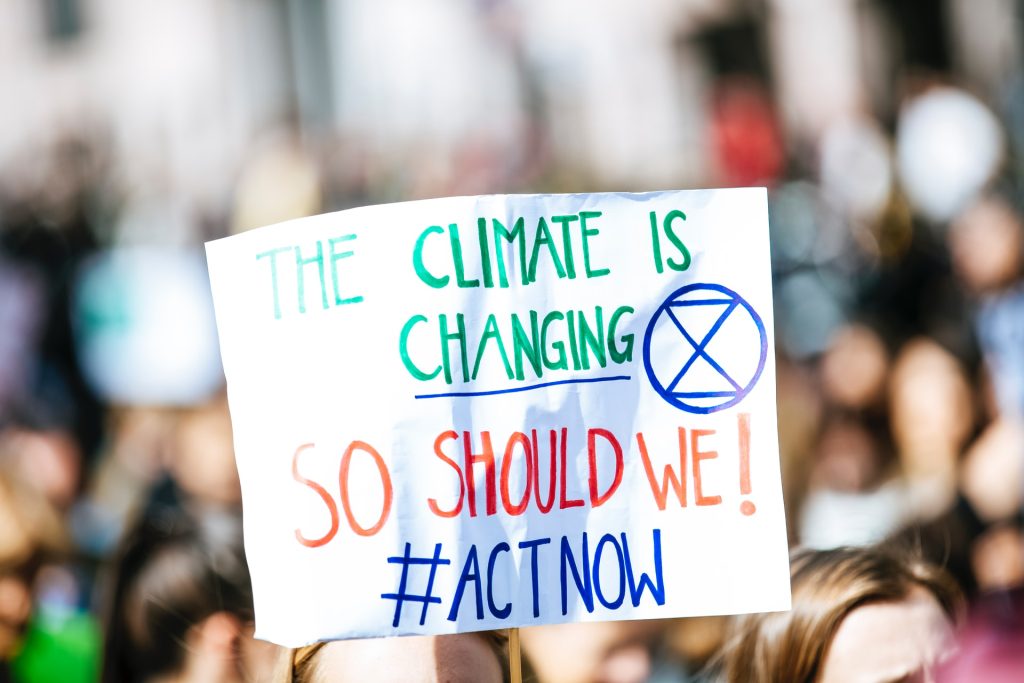 What steps can we take to limit global warming and climate change?

The most important step that we can take to limit global warming and climate change is to reduce carbon dioxide emissions. Put simply, global warming is occurring because of fast-rising CO2 concentrations in the atmosphere, driven by human activity.

The latest report by the Intergovernmental Panel on Climate Change (IPCC) demonstrated this fact beyond doubt. Fossil fuels, like coal, oil and gas, contain carbon, which was removed from the atmosphere over millions of years. We are now putting that carbon back into the atmosphere in just a few hundred years. The impact is already proving to be catastrophic in the form of unprecedented flooding, wildfires and droughts. Scientists say that the effects will get continue to worsen as the climate becomes even more destabilised. 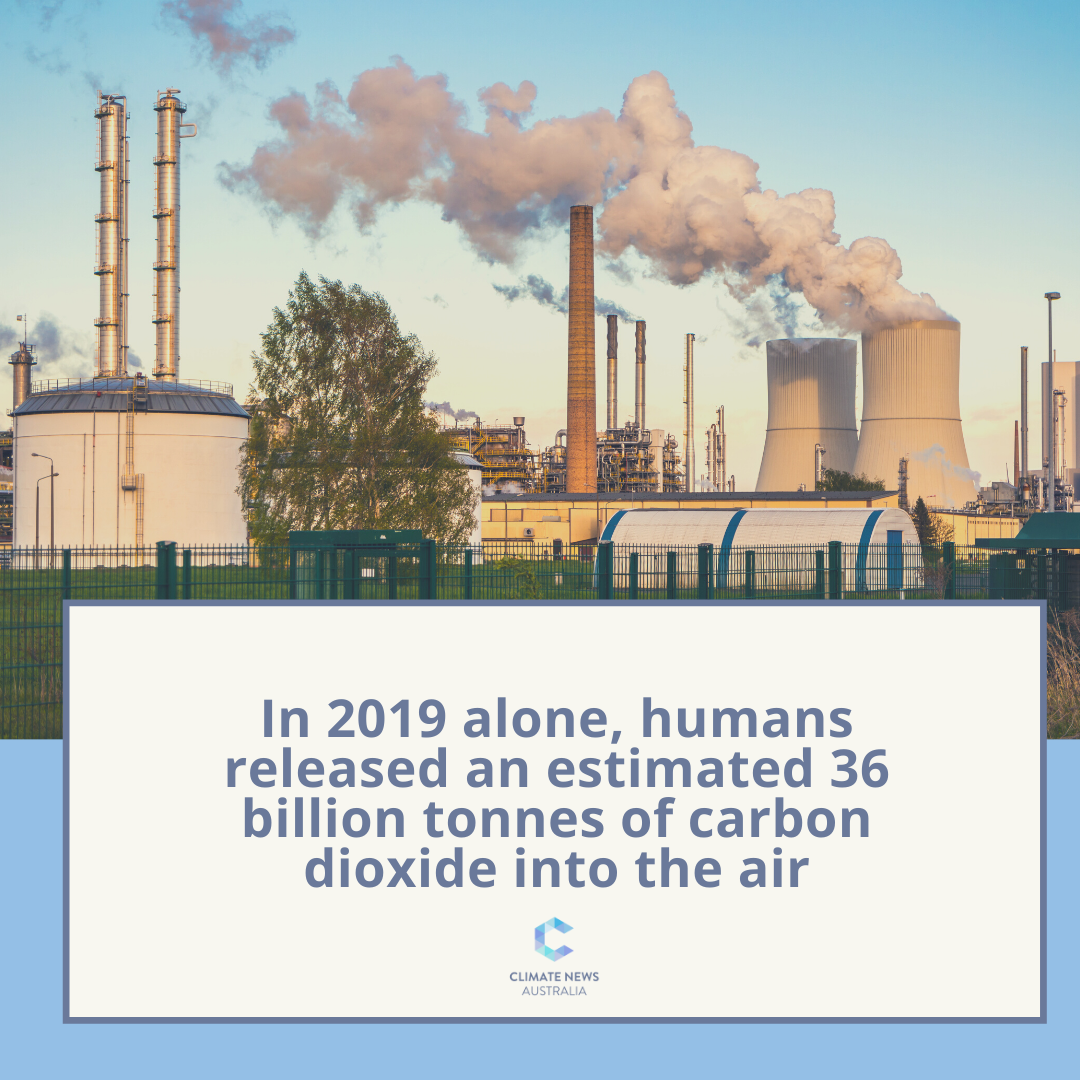 Here are some of the key steps we can take to help our planet:

To limit global warming and climate change, we must start by changing our source of power. Switching to clean energy sources, such as wind power, solar power and hydroelectric power, would vastly reduce carbon emissions from the power sector.

Transportation is another major contributor to carbon dioxide in the atmosphere. In Australia, it contributes around 15 per cent of all carbon dioxide emissions. In comparison, the US has a higher share of carbon emissions from transport at nearly 30 per cent.

The world uses nearly 100 million barrels of oil every day, mostly for transport. Switching to cleaner sources of fuel – whether that is renewable electricity or green hydrogen – would also reduce emissions. Electric vehicles are becoming increasingly popular across Europe and are predicted to soon overtake petrol-driven vehicles. In Australia, the switch to electric cars is slower, but many expect it to pick up steam soon. In fact, carmakers around the world have pledged to phase out petrol and diesel-fueled cars and replace their lines with EVs.

Change what we eat

Around the world, the production of beef alone creates as many carbon emissions as the entire construction sector. Beef production contributes to six per cent of all global carbon emissions. Not only do cows produce large amounts of methane, but feeding them also requires an immense amount of land and fertiliser. In Australia, for example, agriculture and land use are responsible for 15 per cent of the country’s carbon emissions. Changing our methods of food production so that they are more sustainable, in addition to using less fertiliser and protecting trees, would also help.

Activities like deforestation have removed trees that would naturally recycle carbon dioxide into oxygen. This further exacerbates the issue of global warming.

The United States, unlike most countries, has managed to actually increase forest cover since the 1990s. In 2019, it offset around 12 per cent of its total emissions. That said, US companies are frequently criticised for contributing to deforestation around the world. 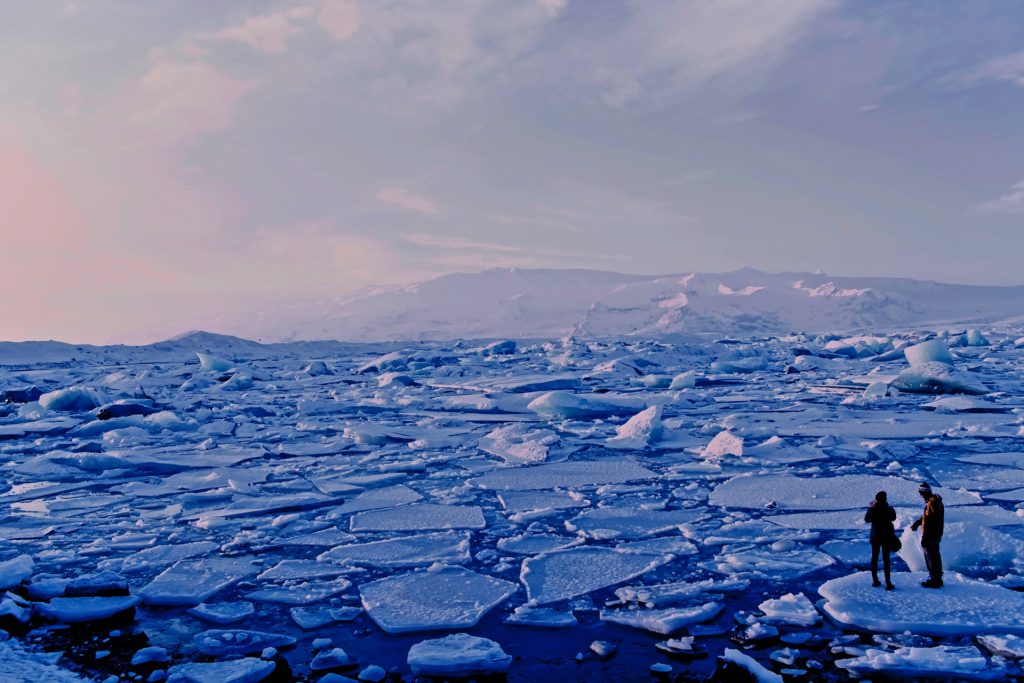 What causes global warming in nature that is beyond human control?

The IPCC says that human activity is primarily responsible for climate change. But, other factors affect our climate too. However, these unfold over tens of thousands of years rather than decades. Gravitational forces, including a slight change in the Earth’s orbit, axial tilt and torque also greatly impact the climate.

Scientists have found that gravitational shifts can influence climate patterns and variations in seasons. These happen due to changes in the Earth’s path around the sun. Over 1,000 years, the Earth shifts from a roughly circular journey to a more elliptical swing around the sun. This is exacerbated when the Earth’s axial tilt becomes more sharply inclined than usual. Scientists say that this plays out over millions of years and can lead to both warming and cooling of the planet. It also leads to rising and falling levels of carbon dioxide. However, scientists still do not fully understand all aspects of this phenomenon.

It is worth reiterating the broader point made by Valérie Masson-Delmotte in the IPCC’s most recent report. “It has been clear for decades that the Earth’s climate is changing, and the role of human influence on the climate system is undisputed”. For the sake of our future, we should heed that warning. 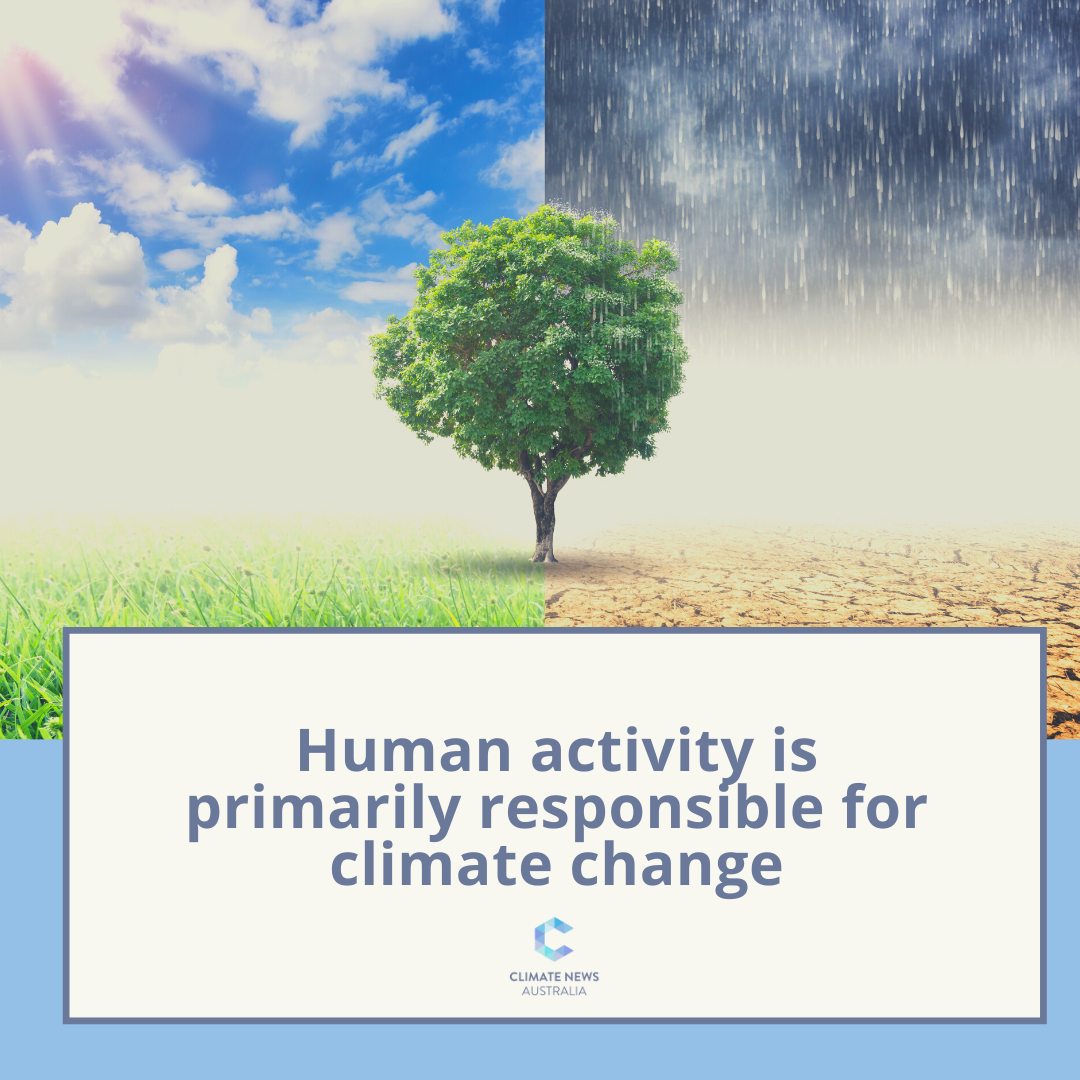