Watch this video to understand why carbon offsets are not the best solution to combat climate change.

137 countries have made commitments to achieve net zero emissions. Many companies, cities and financial institutions have also made carbon neutral pledges. In 2020, there was a drastic increase in the number of climate promises made. Now, almost three-quarters of all global emissions are covered by net zero targets, with a large proportion through carbon offsets.

This is problematic because offsets do not necessarily reduce emissions and could actually make it harder for society to decarbonise. Combating global warming depends on preventing emissions from entering the atmosphere in the first place. Until this is recognised and offsetting is dismissed as an effective climate change policy, it risks companies, institutions and even entire countries from ‘cheating’ on their climate pledges. 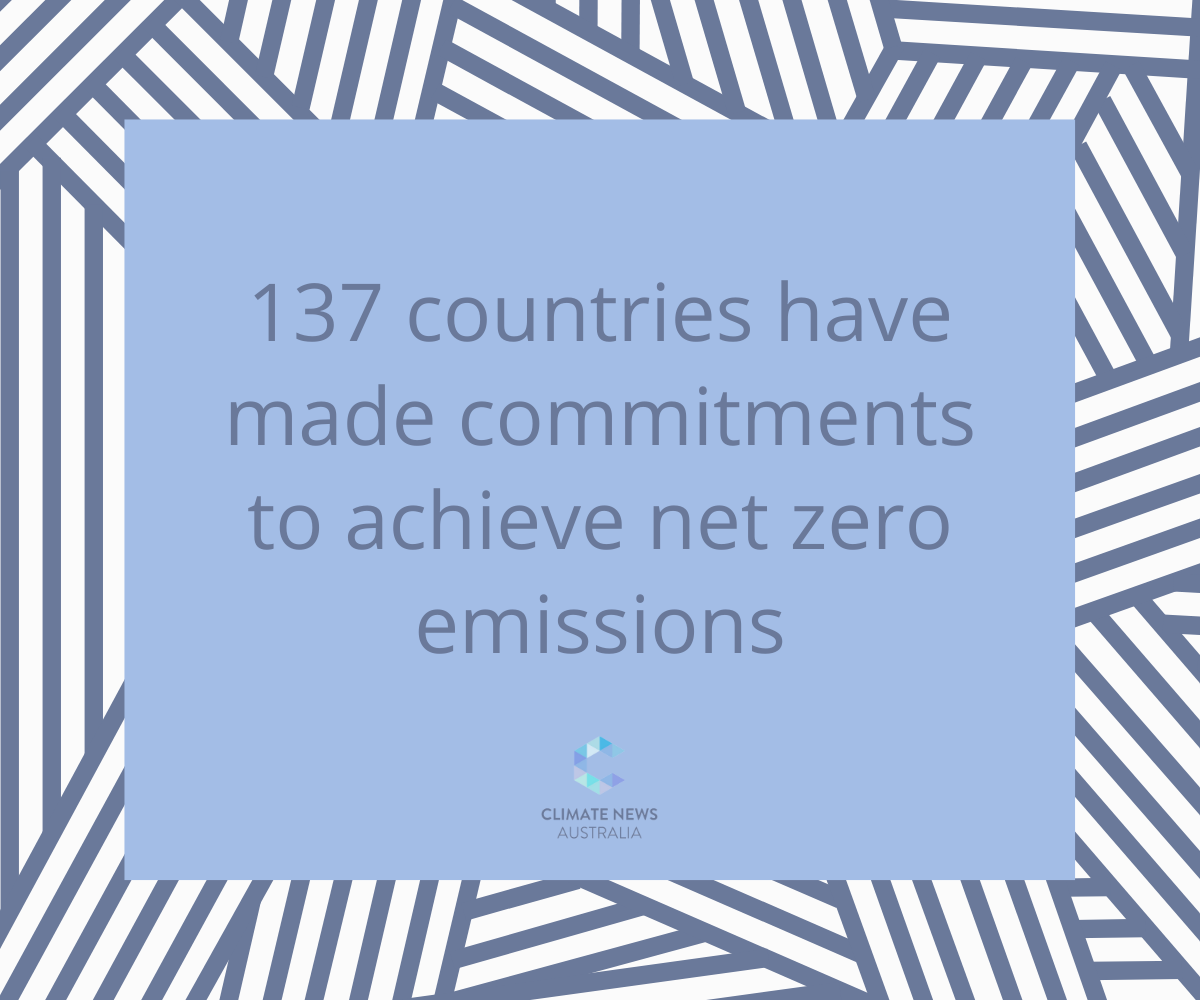 What are carbon offsets?

Carbon offsets are one way that companies can claim to achieve net zero targets whilst continuing to release carbon dioxide (CO2) and other greenhouse gases into the atmosphere.

A company can calculate its carbon offsetting by first estimating its emissions. Then, it will purchase an equivalent amount of credits from a project that offers to remove or prevent greenhouse gases elsewhere. This allows them to claim that their carbon emissions are ‘cancelled out’ by the offsets and, therefore, produce net zero emissions.

What forms of offsetting are most popular?

Conserving forests is the most common form of offsetting. Trees absorb carbon and store it in their biomass and the surrounding soil. Some companies are paying to protect trees from deforestation so that they can continue producing emissions.

Carbon credits that fund renewable energy projects are also available. Investing in a wind farm or a green hydrogen plant can count as carbon offsetting. A company that does this can claim that the project would not have gone ahead without its investment. Therefore, they have reduced emissions by increasing renewable energy generation capacity. The investor may also benefit financially from the project when they receive the return on their equity.

Fossil fuel companies, like Shell, claim to be compensating for their enormous CO2 emissions through carbon offsetting. In the first quarter of 2021, a record 38.6 million tonnes of offsets were purchased worldwide. That represents the annual emissions of 10 coal-fired power plants. Yet, the amount of CO2 in the atmosphere in 2021 reached its highest level for around 4.1-4.5 million years.

Offsets do not reduce emissions

Moreover, many carbon credits being sold as offsets do not actually remove the carbon they claim to. For example, J.P Morgan, Disney and BlackRock have all paid millions to protect forests. They have used these measures to justify no real changes in their operations and instead continue to produce high emissions.

The forests that companies claim to be preserving are not even under threat. Therefore, companies paying to protect them have not altered the amount of CO2 being removed from the atmosphere. The trees would still be storing carbon regardless of their investment. As a result, net emissions continue to rise from the operations of companies who claim to be offsetting with such projects. They provide no actual climate benefits. 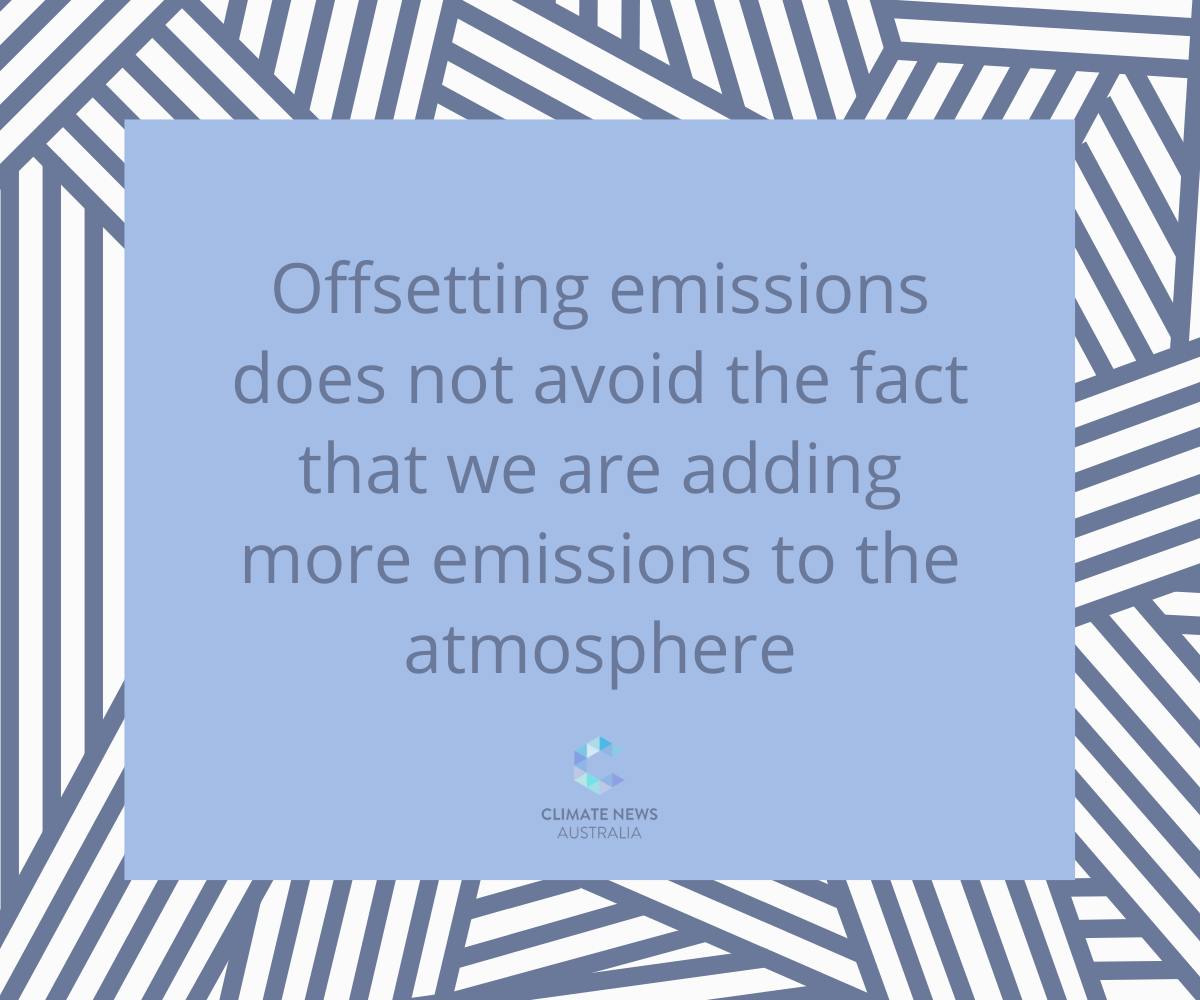 A similar situation exists in Australia. The government and private organisations are offsetting their emissions by purchasing Australian carbon credit units (ACCUs). 20 per cent of the ACCUs bought are through the Avoided Deforestation Method. This involves paying landowners to avoid clearing vegetation from their land.

However, research by the Australia Institute and the Australian Conservation Foundation shows that millions of tonnes of claimed carbon offsets come from land that would not have been deforested. Therefore, there has been no actual reduction or avoidance of emissions. But, the government and many companies can claim they have contributed to achieving net zero.

In addition, it is impossible to offset all emissions through nature-based solutions, like woodland. At present, new forests meet 25 per cent of the corporate demand for carbon offsets. It would require planting trees across an area the size of Brazil and Saudi Arabia combined to reach 100 per cent of the total. This is impractical and unfeasible. 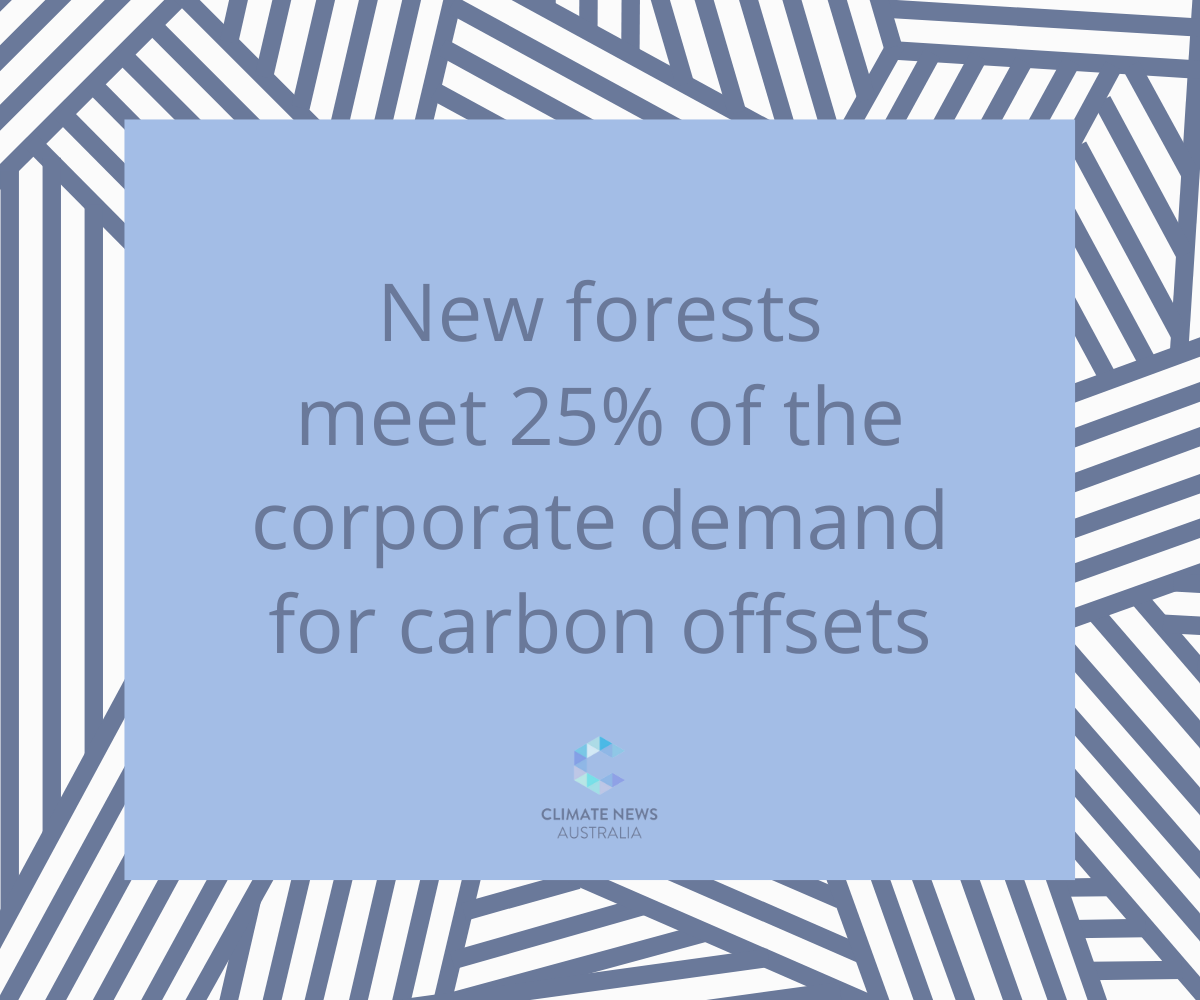 New measures could prevent countries, cities and corporations from cheating with their offsets and giving a false impression that they are net zero or carbon neutral. For example, an independent entity could evaluate whether carbon offsets are genuine. This would expose a large proportion of carbon offset measures as false. Independent research into carbon offsetting projects shows that as many as half fail to remove the carbon they claim to.

COP26 is a crucial opportunity to find a resolution for Article 6 of the Paris Agreement, the provision that governs carbon trading between countries. On the one hand, protecting and enhancing forests, wetlands and other carbon sinks is important in the fight against climate change. However, it is simply not feasible for nature-based solutions to offset the ongoing emissions of greenhouse gases. Carbon offsetting and trading are “dangerous distractions which allow people, organisations and countries to continue emitting or destroying when it would otherwise be forbidden”.

The UN summit must finalise the mechanics of the Paris Agreement and ensure countries are actually reducing their emissions. There is an argument that this will chill the burgeoning voluntary carbon market. But, if this avoids false net zero claims and forces companies, institutions and governments to invest in permanent CO2 removal, it is worth this repercussion.

By the close of 2021, the world will have used up 86 per cent of the carbon budget remaining for a 50-50 probability of keeping global temperatures below 1.5°C. There is no time left for greenwashing, false offsetting or carbon trading that does not actually alleviate the effects of global warming. The world needs immediate and substantial reductions in emissions and tangible approaches to removing CO2 from the atmosphere. 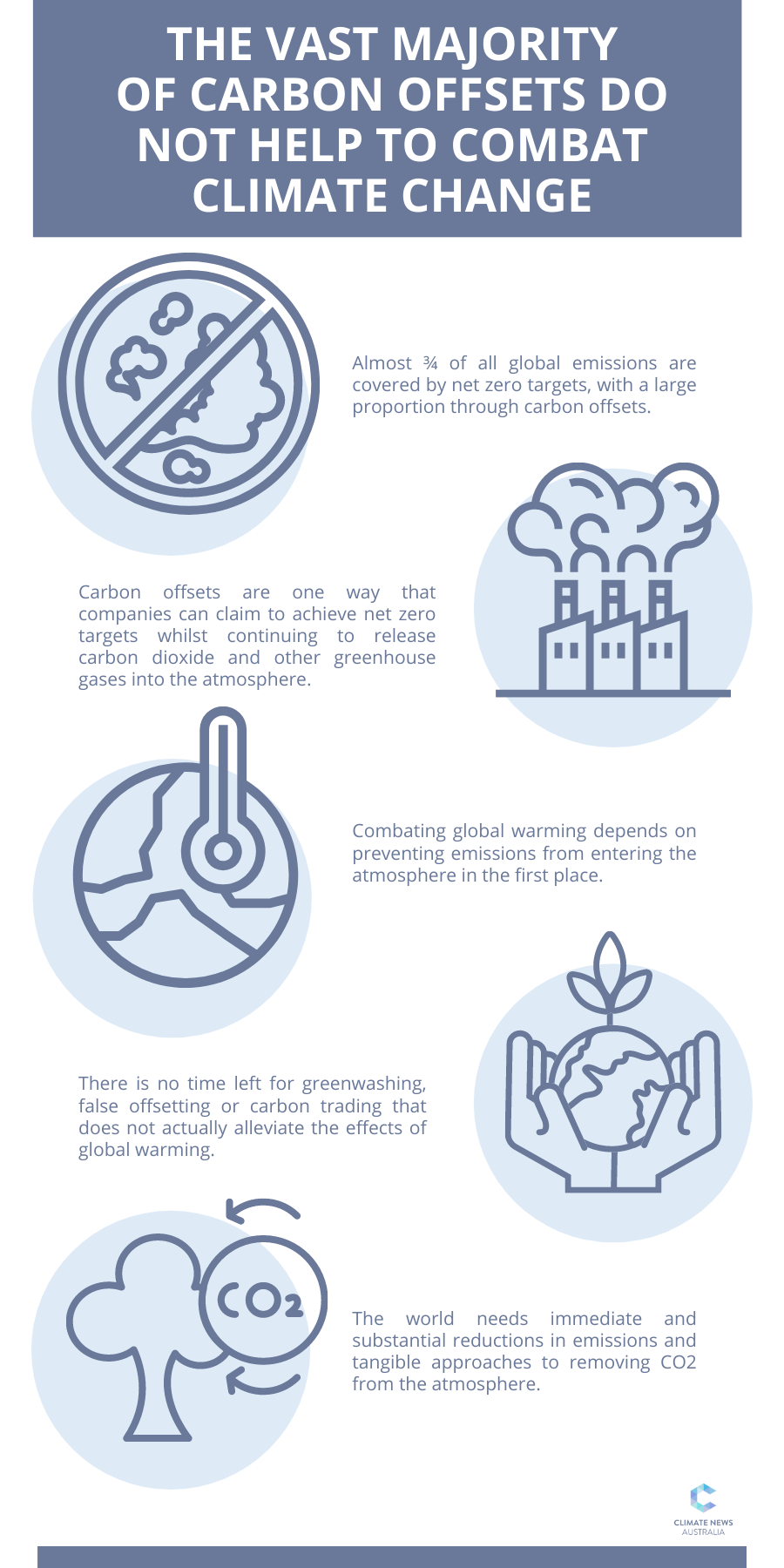