The Big Con: How Big Polluters Are Advancing a “Net Zero” Climate Agenda to Delay, Deceive and Deny (Video)

The Big Con: How Big Polluters are advancing a “net zero” climate agenda to delay, deceive, and deny reveals that many ‘net zero’ commitments are nothing more than greenwashing PR stunts. Big Polluters’ climate plans have few real solutions or effective approaches to combat climate change. Even worse, they are manipulating the net zero pathway to open new business opportunities for their polluting products. 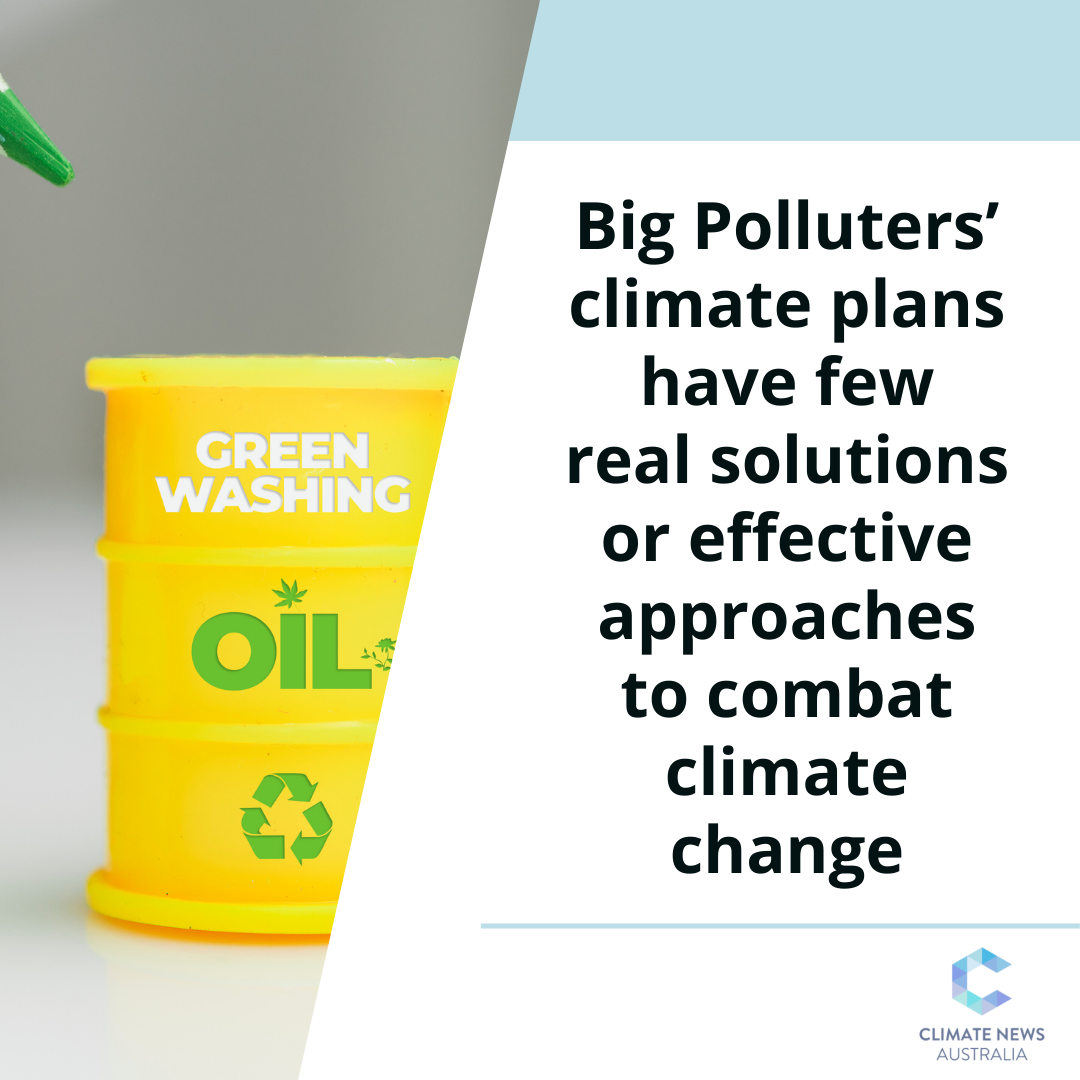 The Big Con was written by Corporate Accountability, The Global Forest Coalition and Friends of the Earth International. It was also endorsed by more than sixty environmental and humanitarian organisations, including the Health of Mother Earth Foundation, Ecology Action Centre and Corporate Europe Observatory.

It is not the first report of its kind. In the past year, a series of reports have exposed the inconsistencies, technical impossibilities and simple falsehoods common in ostensibly ‘net zero’ plans. Some reports, such as the Big Oil Reality Check, focus on fossil fuel companies’ climate plans. Others, like Not Zero, reveal how many wealthy polluting governments and corporations, such as the US, Australia and Europe, incorrectly and arrogantly assume that the global South’s land and forests will simply soak up their emissions. 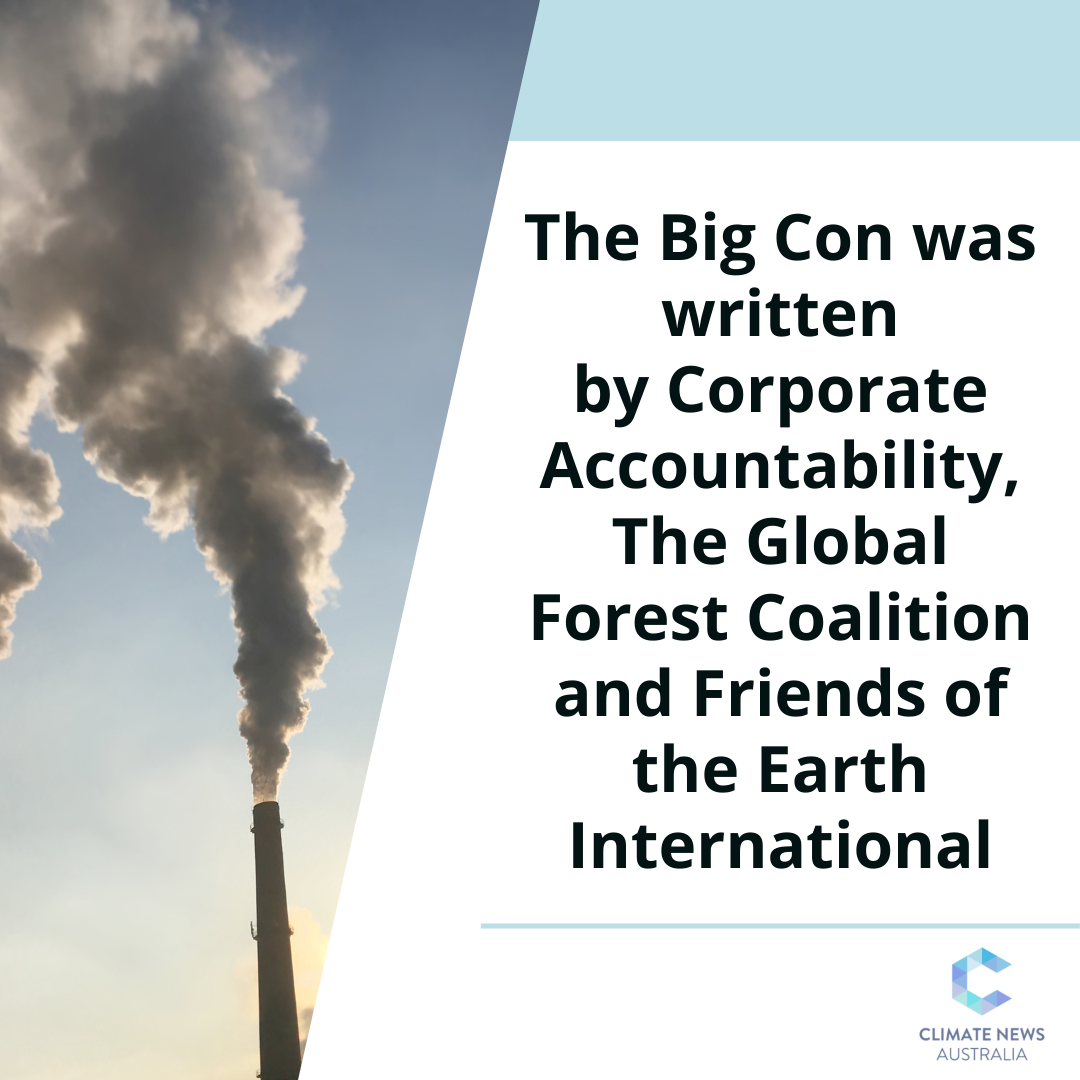 Which organisations are guilty of ‘net zero’ greenwashing?

A broad spectrum of organisations are guilty of ‘net zero’ greenwashing, according to the report. This includes fossil fuel giants such as BP, Shell and Eni; Big Tech companies, like Microsoft and Apple; retailers Amazon and Walmart; finances including HSBC, Morgan Stanley and BlackRock; airlines like EasyJet and United; and food and agriculture companies such as JBS, Nestlé, and Cargill.

Who are Big Polluters?

Big Polluters are the corporations – and business or trade associations that represent them – that continue to cause the largest proportion of emissions. The fossil fuel industry is principally responsible. However, others like industrial food and agribusiness – responsible for one-third of global emissions – and aviation are also to blame.

Similarly, financial institutions and insurers support Big Polluters by investing trillions in their polluting businesses. In Australia, the big four banks loaned AUD $7 billion to 33 fossil fuel projects between 2016 and 2019. This reveals how their public climate commitments are merely greenwashing. 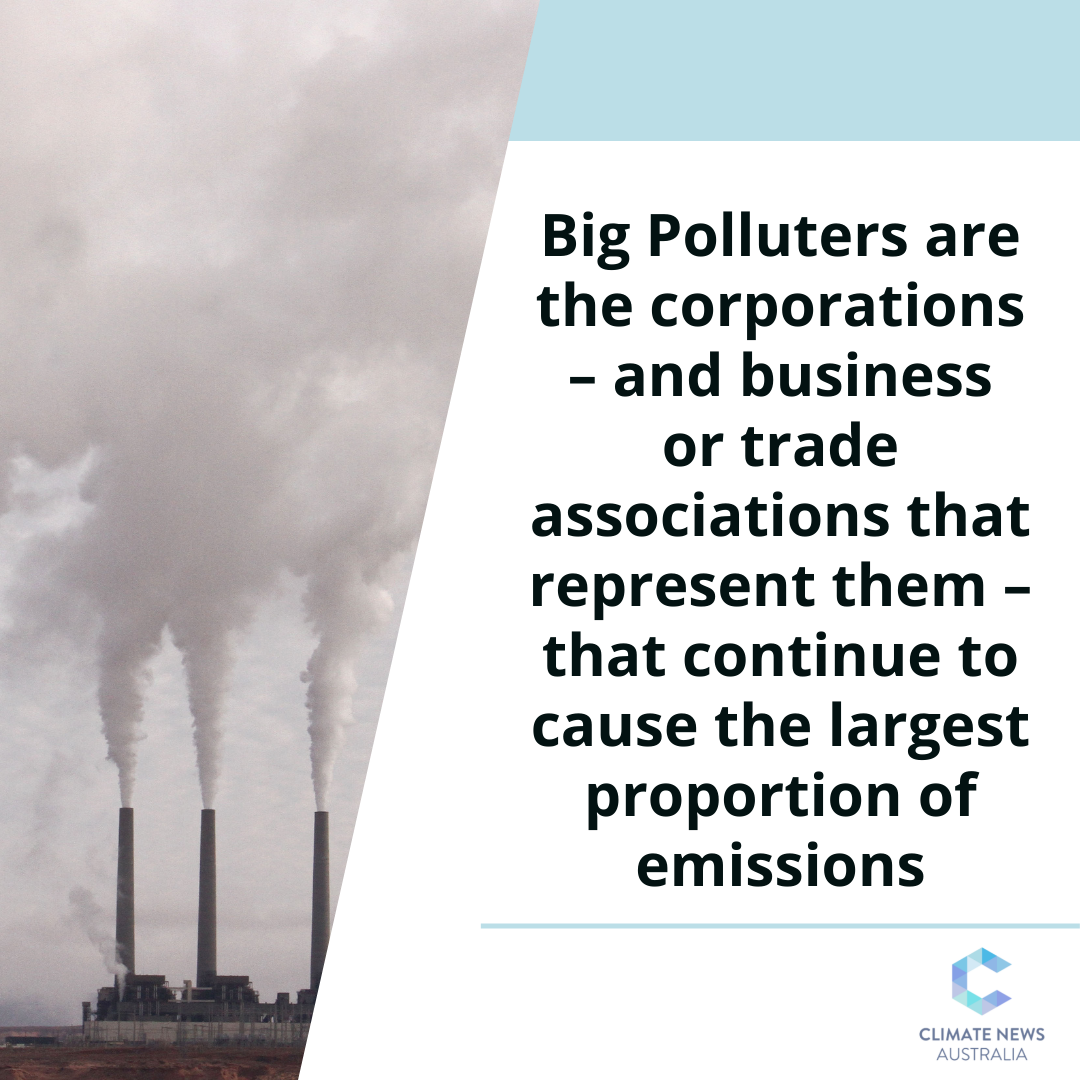 How do Big Polluters use climate schemes to allow them to keep polluting?

The Big Con shows how Big Polluters use net zero pledges to continue polluting as normal or even to increase their emissions. They see it as a simple question of compensating for their emissions using technologies, such as carbon capture and storage (CCS). Alternatively, they justify a business as usual approach through nature-based solutions, like tree planting.

But, this is a deeply flawed approach. It often relies on nonexistent technology or infinite hectares of land to afforest. Ultimately, it masks inaction and risks our planet’s future for the sake of profit.

The Big Con report lists various risky technologies that Big Polluters incorporate into their ‘net zero’ climate plans. They contribute to corporate greenwashing since they allow companies to continue producing emissions and distract attention away from urgently needed real solutions. These measures are also impossible to deploy at a large scale without significant and harmful social, equity and environmental repercussions.

CCS is one such example. It refers to a range of technologies that aim to capture carbon dioxide (CO2) from emission sources and store it to prevent the gas from entering the atmosphere and contributing to climate change. It is used in Big Polluters’ net zero plans as a justification to continue extracting, producing and using coal, oil and natural gas.

However, 80 per cent of the carbon captured by CCS is used to extract otherwise inaccessible oil through enhanced oil recovery. It, therefore, sustains the production of more fossil fuels, which causes more environmental damage. The successful employment of the technology at scale to actually store CO2 is questionable. For example, worldwide, there has been just one instance of CCS capturing CO2 from a coal-fired power station and then storing that carbon underground. 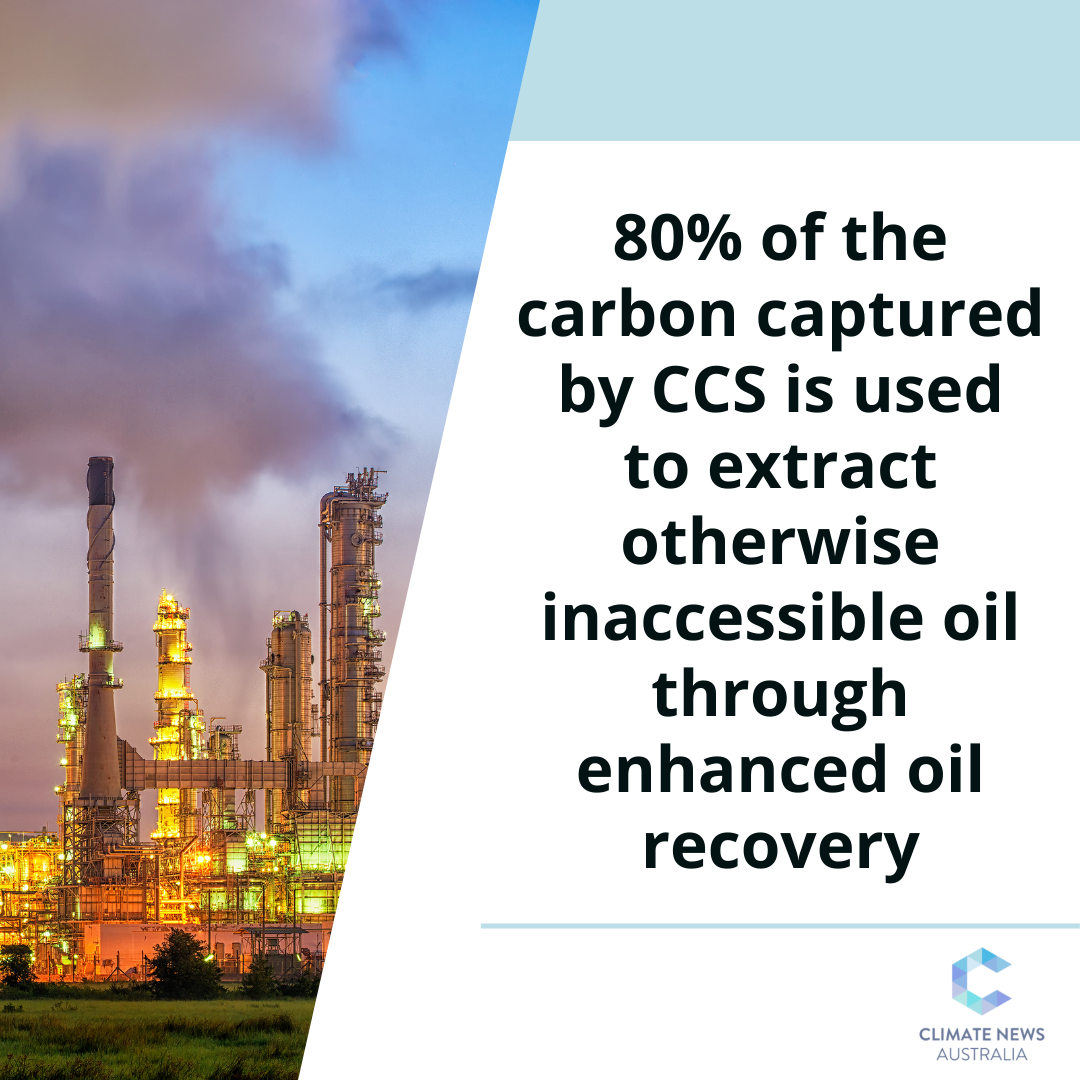 The Big Con finds that Big Polluters use large-scale plantations and conservation projects in their climate plans to offset sustained fossil fuel use. For instance, a government or corporation may compensate for their emissions by funding projects, such as monoculture tree planting to absorb CO2 emissions. They claim that the CO2 these projects remove from the air will balance out their own high emissions. However, many of these schemes have been widely discredited. They fail to offset emissions, especially in the long-term and often drive human rights abuses.

For instance, 350 REDD+ schemes (reducing emissions from deforestation and forest degradation) have been established worldwide. They are extremely controversial for a number of reasons. The policy reduces complicated ecosystems to the amount of carbon that they can sequester. It, therefore, prioritises planting the fastest-growing trees possible at the expense of conserving biodiversity, regardless of the damage that this causes. It leads to Indigenous forest communities losing their land, rights and way of life. Furthermore, protecting an area from deforestation under REDD+ or nature-based solutions can simply shift deforestation to other areas.

Not only are the approaches taken by Big Polluters in their net zero climate plans delusive, but they also lack definitive action. The vast majority focus on achieving net zero by 2050. Consequently, they lack any concrete measures to reduce emissions for decades. This risks global temperatures exceeding 1.5°C, as recommended as a limit by the IPCC, to avoid environmental catastrophe. 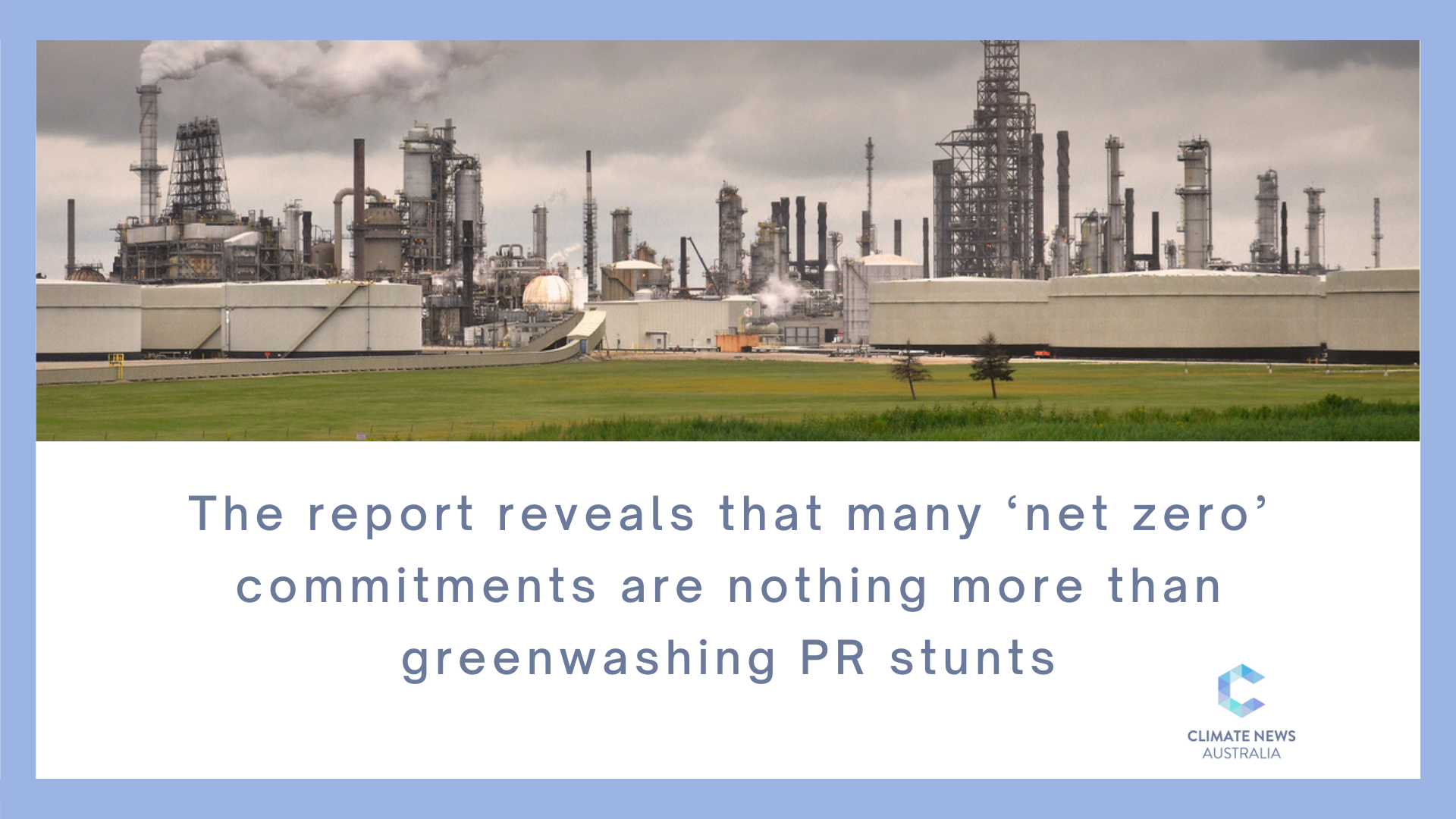 Another Big Polluter presenting itself as a climate champion is BlackRock. In 2020, the world’s largest asset manager’s chief executive published an annual letter to CEOs stating that “climate change has become a defining factor in companies’ long-term prospects”. The corporation pledges to reach net zero emissions in its portfolio by 2050. Yet, it still owns USD $85 billion in coal assets thanks to a loophole in its policy.

Australia’s climate commitments are equally meaningless. Though the country is a signatory to the 2015 Paris Agreement, which aims to limit global warming to 1.5°C by peaking greenhouse gas emissions as soon as possible, they have still not set a net zero target date. The only concrete climate goal Australia has is a pledge to cut carbon emissions to 26 to 28 per cent below 2005 levels by 2030. The UN ranks Australia last for its action in response to climate change out of more than 170 UN members.

It is evident that profit will always come first for Big Polluters. As the Big Con makes clear, Big Polluters could drastically cut their emissions at source. But, instead, they are using net zero plans that require few or no solutions, or real emissions cuts. This greenwashing will provide new business opportunities for them as opposed to curtailing their environmental impact by reducing the production and consumption of their polluting products. 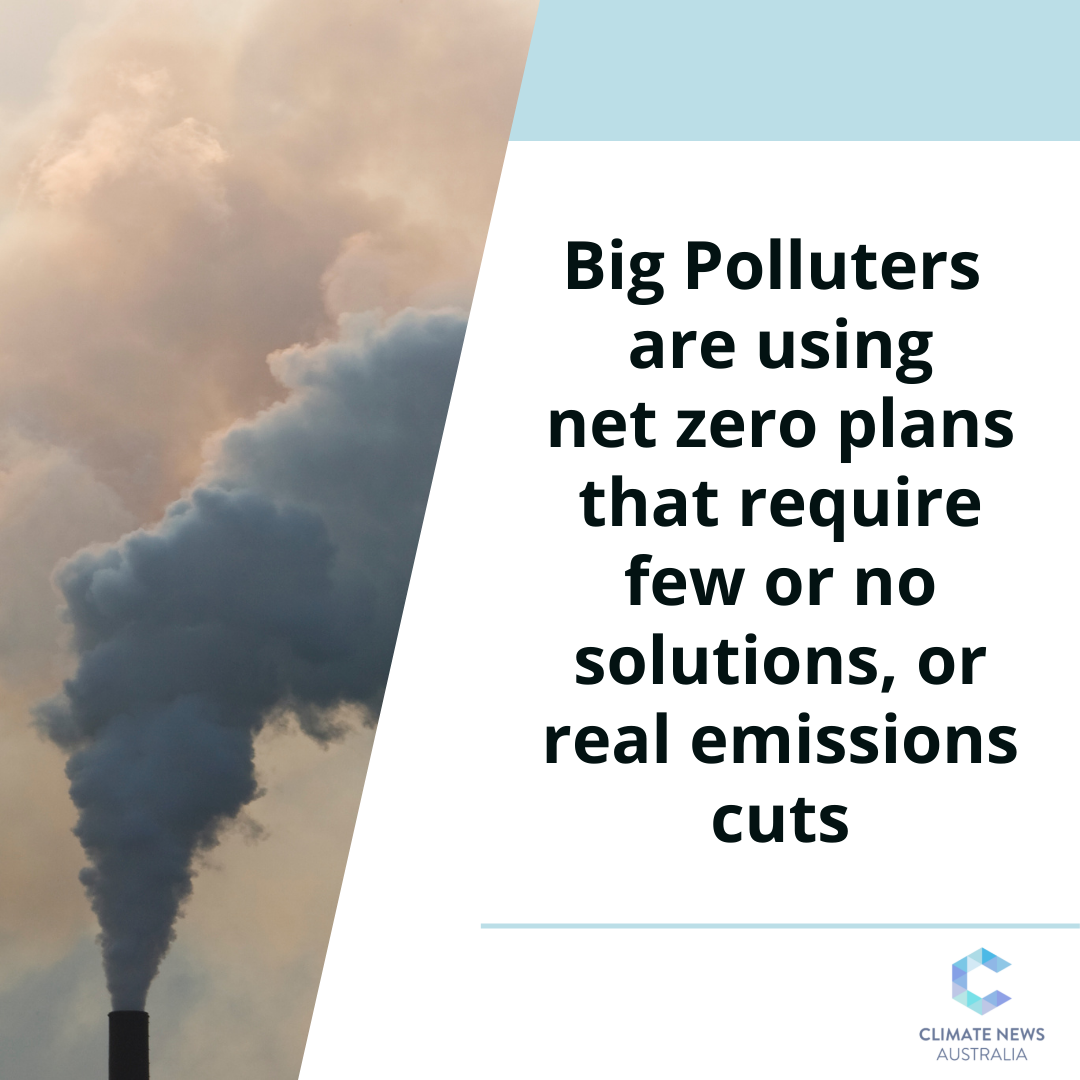