Renewable Natural Gas: What is it? (Video)

Home » Renewable Natural Gas: What is it? (Video)
This video explains what renewable natural gas is and what we use it for.

Renewable natural gas has its fair share of backers in Australia. For example, Australian utility company Jemena is one such champion. In 2020, it said that the fuel could help offer “affordability, reliability and sustainability” in the country’s energy market.

Jemena’s subsidiary Evoenergy has also pointed to the potential of renewable natural gas. It refers to the fuel as biomethane. The company owns the gas network in Australia’s capital. Consequently, Evoenergy believes that it may be able to use these pipes to supply buildings with either biomethane or green hydrogen. Therefore, the utility argues that it should not yet abandon its gas infrastructure.

The amount of money tied up in this project shows that Australia is serious about developing its renewable natural gas industry. Therefore, it is worth examining what exactly this fuel is and whether it has a part to play in reducing Australia’s emissions.

What is renewable natural gas (RNG)?

Let us look at these two types of renewable natural gas more closely.

Organic materials are the traditional methane source used to make RNG. Bacteria digest these materials in manure, landfills and wastewater, for instance. Then, they release methane along with some other substances. Scientists call this biogenic methane.

Wastewater treatment plants, landfills and farms can capture this gas. In fact, in the US, such industries have used it as an energy source for decades. Industries call this energy biogas or biofuel. Some companies then treat this biogas so that it becomes pure methane. Thus, they turn biogas into biomethane – otherwise known as renewable natural gas.

What do we use renewable natural gas for?

Advocates argue that renewable natural gas could replace fossil natural gas. For example, people can use it as fuel to heat their homes. Alternatively, manufacturers could use it for industrial applications. Already, wastewater facilities in the US burn RNG in a generator to supply heat and power to their facility.

RNG could also replace other fossil fuels. For example, in the US, trucks often run on diesel. Instead, RNG could fuel these heavy-duty vehicles. 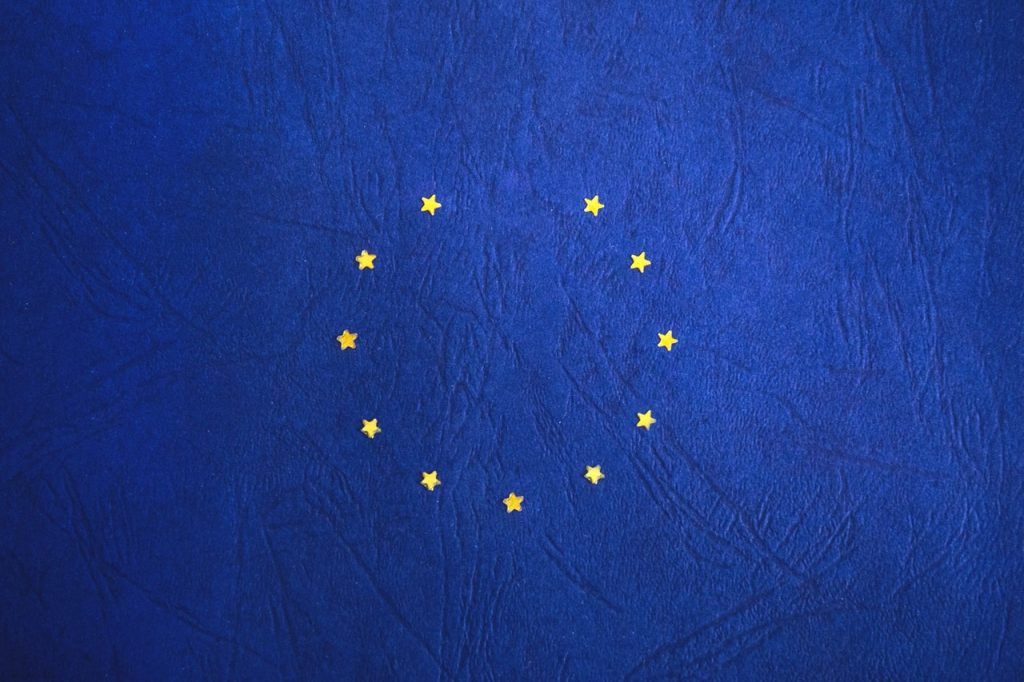 Europe has taken the global lead on such uses. In 2015, heat generation accounted for nearly half of the continent’s biogas use. European Union countries also used RNG in the natural gas grid to create electricity and as a vehicle fuel.

The continent’s use of renewable natural gas is continuing to rise. That is because from 2018 to 2020, Europe’s RNG industry grew another 51 per cent.

On the other hand, Australia does not yet make wide use of renewable natural gas. However, the RNG project in northern Victoria is now turning waste from corn crops into electricity. This is taking place at a new facility at Katunga near Shepparton.

Methane emissions from agriculture have fallen in Australia. On the other hand, methane emissions from fossil fuels have risen. That is partly due to the expansion of Australia’s natural gas industry. That is because this industry leaks a lot of methane into the air. For example, this can happen when companies transport gas. Therefore, these types of leaks have more than doubled in Australia since 2013.

Scientists have also become more worried about methane recently. That is because they have found that it has a stronger greenhouse effect than previously thought. Consequently, this has forced governments to change their estimations of the effect of their country’s emissions. For instance, Australia added an extra 272.5 million tonnes of emissions to an estimate of its 2000 to 2020 emissions.

To help avoid more emissions, Australia could turn to renewable natural gas. That is the opinion of the Australian Renewable Energy Agency (ARENA). Let us examine if that assumption is correct.

Like fossil natural gas, RNG is mainly made of methane. However, it is possible for RNG from waste materials to cut greenhouse gas emissions. The World Resources Institute (WRI) provides two conditions for this. First, this gas must come from actual waste, instead of plants grown specifically to produce fuel, for example. Secondly, the production and use of the gas must not lead to more methane emissions.

Let us consider this first condition.

The amount of waste methane is limited

However, there is not that much of this biogenic methane available. For example, let us take a look at the US. It could only replace about one per cent of the energy that fossil natural gas currently provides. That was according to a 2020 study.  On the other hand, the WRI estimates that RNG could replace up to four to seven per cent. Australia’s potential for RNG from waste products is slightly higher. Namely, ARENA stated that it could meet nine per cent of the country’s total energy needs in a 2019 report.

Therefore, Australia should be realistic about how much renewable natural gas it has available. That is because industries must only use waste methane that would otherwise leak into the atmosphere. Otherwise, RNG will not reduce greenhouse gas emissions.

Now, let us look at the WRI’s second condition – that RNG must not lead to more methane emissions.

Any methane leaks from renewable natural gas would reduce the fuel’s climate benefits. Unfortunately, US scientists estimate that RNG has leaking issues just like its fossil cousin. That is because gas companies use leaky pipelines to transport fossil natural gas. They still and will use these same pipes for RNG. Furthermore, there is evidence in the US that new biogas plants may also leak methane. 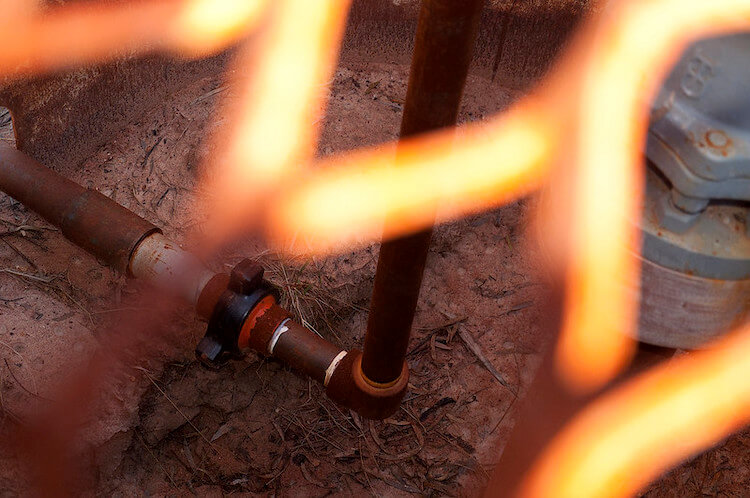 As noted above, methane emissions from farms are on the decline in Australia. However, critics of renewable natural gas say that the fuel could put this trend at risk. That is because RNG may encourage farmers to keep using practices that produce a lot of methane. Consequently, the farms would make money from this methane as RNG. However, this does not fit with the WRI’s second condition. Instead, it is important that farmers keep using techniques that reduce the methane they produce.

In this regard, early signs from the renewable natural gas trial in northern Victoria are promising. The project aims to grow corn for food that is carbon negative. Therefore, the scientists involved try to minimise the potential emissions. For example, they use organic fertiliser. Consequentially, this helps the soil capture more carbon dioxide. Also, they turn the methane from the corn stalks and waste into electricity. Therefore, the scientists are not growing crops in a way that would increase methane emissions. Instead, they closely monitor every step of the process to ensure that this is not the case. However, it remains to be seen if the project leaks methane when it is turned into electricity.

RNG could lock in natural gas

Energy is responsible for most of the greenhouse gas emissions globally. These emissions are the pollution that causes climate change. Therefore, it is important to think carefully about the types of energy sources that deserve investment, especially because energy infrastructure lasts a long time. Examples of these are gas pipelines or power plants.

That is the case of Evoenergy in the Australian Capital Territory. As mentioned above, the utility says that it wants to keep its gas infrastructure in place. The reason Evoenergy gives is that they plan to provide renewable gas to buildings in the future. However, the company also admits that it has not yet recovered its investment in its gas infrastructure.

Therefore, it seems that the company plans to continue its fossil natural gas business. That way, it would make its money back on the investment. Unfortunately, the promise of RNG allows Evoenergy to keep emitting methane.

RNG is not a replacement for renewables

It is important to be wary of suggestions that renewable natural gas can replace fossil natural gas. First, there is simply not enough waste methane available. Secondly, RNG projects are costly. For most uses of natural gas, it would be cheaper to replace it with electricity from renewable sources. That is because solar power is now the “cheapest electricity in history”. Moreover, in Australia, solar and wind will continue to be the cheapest power sources until at least 2050. That was confirmed by Australia’s national science agency, CSIRO, in a 2020 report.

The energy of the future

RNG comes from different sources than fossil natural gas. Therefore, expanding the RNG industry would involve building new production infrastructure, specifically, RNG gas plants. Consequently, this would require investment. Would it not be a better idea to invest in technologies that are completely free of emissions, for example, solar and wind power?

This article shows that renewable natural gas can reduce greenhouse gas emissions. Therefore, it is likely that RNG will play a part in Australia’s low-emission future. Though, this will only be a small part. That is because there is not enough waste methane to replace the fossil natural gas we use now.

Therefore, this fuel should not distract us from other ways that would reduce greenhouse gas emissions much more, for example, introducing electric appliances for manufacturers or generating more electricity from renewable energy sources. Instead, renewable natural gas is a complement to these solutions. At best, Australia could use it for applications that industries are not yet able to electrify.