Renewable energy is revitalising industry in Australia and creating thousands of new jobs, says think tank Beyond Zero Emissions (BZE). But, federal government support is needed to unlock millions in new green investments. This is the perfect opportunity for Albanese’s government to prove its ambitions in making the nation a “renewable energy superpower“.

As little as AUD $6 billion in federal government funding could unlock six times that in new private sector investments. This would create a AUD $36 billion opportunity, BZE states. These include investments in green energy technologies, exports and zero-emissions industries. The proposed REIPs would also support 45,000 new jobs and add a windfall AUD $13 billion in annual revenue in the regions by 2032.

Australia can again become a powerful manufacturing nation, this time a global leader in zero-emissions exports, says BZE. But, this is only possible by tapping into its abundant, low-cost renewable energy resources. BZE is now engaging with manufacturers, investors and stakeholders to demonstrate industry support for a national policy for REIPs.

The briefing paper Hunter Renewable Energy Industrial Precinct outlines that establishing a REIP in the region would diversify its economy and achieve its full potential in the zero-emissions economy. Industries such as green aluminium, green steel, batteries and storage, cleantech, hydrogen, offshore wind and electrolysers would form the foundation of a Hunter REIP.

The proposal tackles the fundamental challenge of decarbonising heavy industries and manufacturing. This is essential to protect jobs and keep them competitive in the new energy economy, says Alice Thompson, the Chief Executive of the Committee for the Hunter.

The paper for the Gladstone Renewable Energy Industrial Precinct demonstrates opportunities for clusters of manufacturers powered by 100 per cent renewable energy. “This access to low-cost, reliable energy will give local manufacturers a global edge in growing zero-emissions markets”, quotes the briefing.

The Gladstone REIP would benefit from the region’s skilled workforce and excellent infrastructure. There is a particular opportunity for Gladstone to become a major green hydrogen hub.

“Renewable Energy Industrial Precincts are the smart way to take advantage of this boom, turbocharging our industrial heartlands with low-cost renewable energy to make the goods the new economy demands: green steel and aluminium, hydrogen, ammonia and chemicals, critical minerals and battery manufacturing.”

The reports also outline how the REIPs create benefits beyond industry. For example, households and transportation also benefit from low-cost renewable energy and infrastructure. 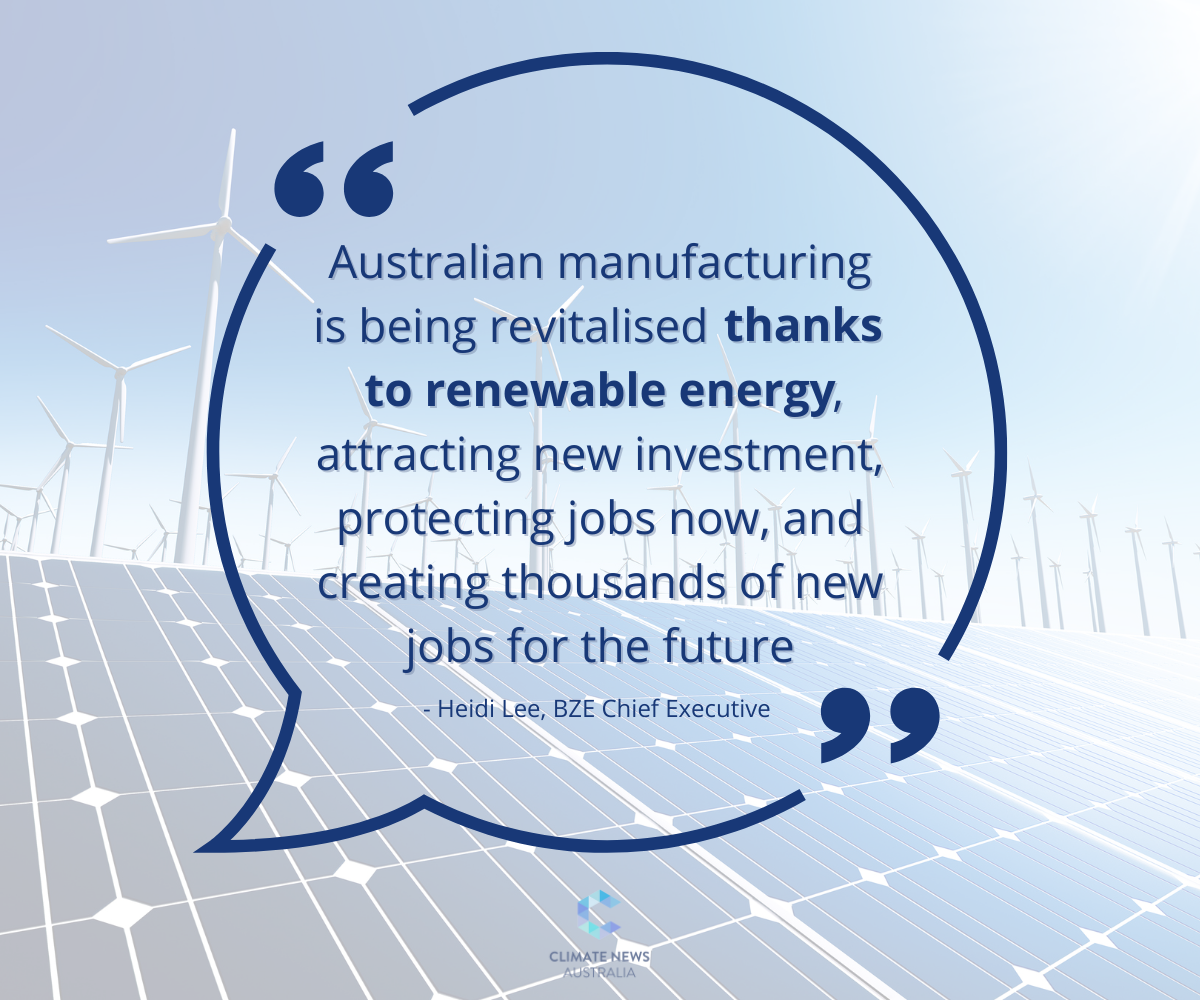 “Never has the role of government been so critical”

Government must also come to the table to unlock the full potential of Australia’s green industrial revolution, says BZE.

“Business alone cannot be expected to build and coordinate the infrastructure needed for a REIP, especially with so many businesses entering the green export industry. Governments helped build our rail, road, energy and telecommunications infrastructure and now we need to ramp up our renewable energy capacity and develop REIPs”, says Lee.

BZE also warns that Australia could lose one-third of fossil fuel export revenue over the next two decades. That is unless the new Labor government shows leadership on renewables and vastly increases spending on decarbonisation efforts, as promised in its manifesto pledges.

“There are trillions of investment dollars leaving the fossil fuel industry and looking for a new home in renewables and they want the highest return on investment”, said Lee.”Investors will go to the countries that build the infrastructure that maximises economies of scale, efficiencies and synergies and coordination to maximise revenue.” 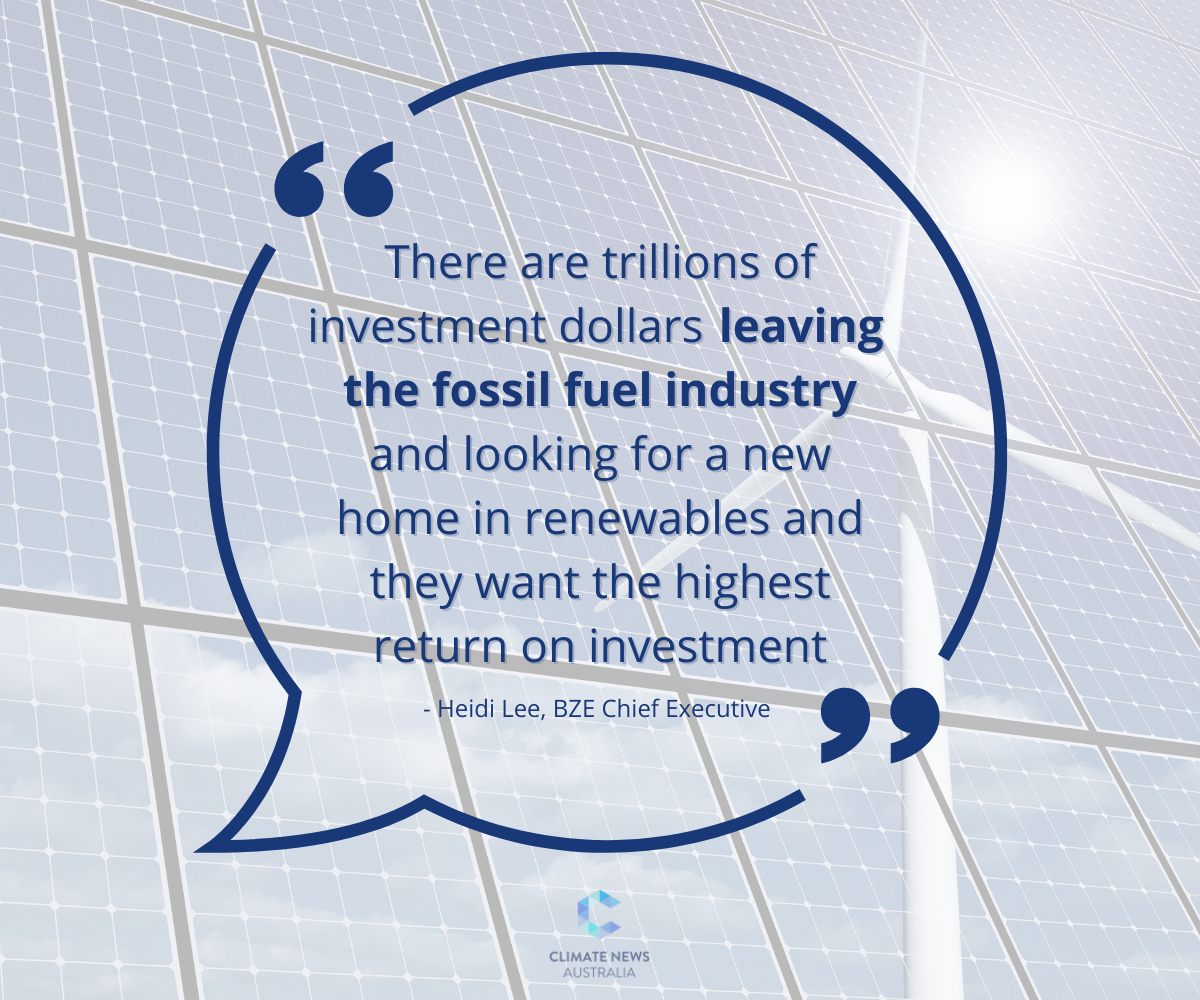 Last year, Beyond Zero Emissions released the report Export Powerhouse, which demonstrated that Australia could grow a new green export market worth AUD $333 billion a year by 2050. This is almost triple the value of Australia’s current fossil fuel exports.

The research shows that Australia can pursue an ambitious ‘Go for Gold’ scenario. This would secure a significant share of the global market for growth commodities. These include green steel, renewable hydrogen, renewable ammonia and green aluminium.

But there is a limited window of opportunity to reap these benefits, BZE warns. If left too late, fossil fuel exports will diminish as major trade partners decarbonise their economies. This would allow other nations to capture the early market share of new green export industries.

In 2020, BZE also published The One Million Jobs Plan for Australia. This outlined how investing in renewable and low emissions projects can deliver 1.8 million new jobs in five years in the country. According to independent analysis, the plan would boost private investment in Australia by AUD $25 billion annually.

Resisting decarbonisation efforts is costly in many ways. Climate change could cost the global economy 51 per cent of GDP by the end of the century. It is in Australia’s best interests to divert investments away from fossil fuels and towards the infrastructure needed for a clean, low-carbon and resilient economy. Investing in the Hunter and Gladstone REIPs is a good place to start. 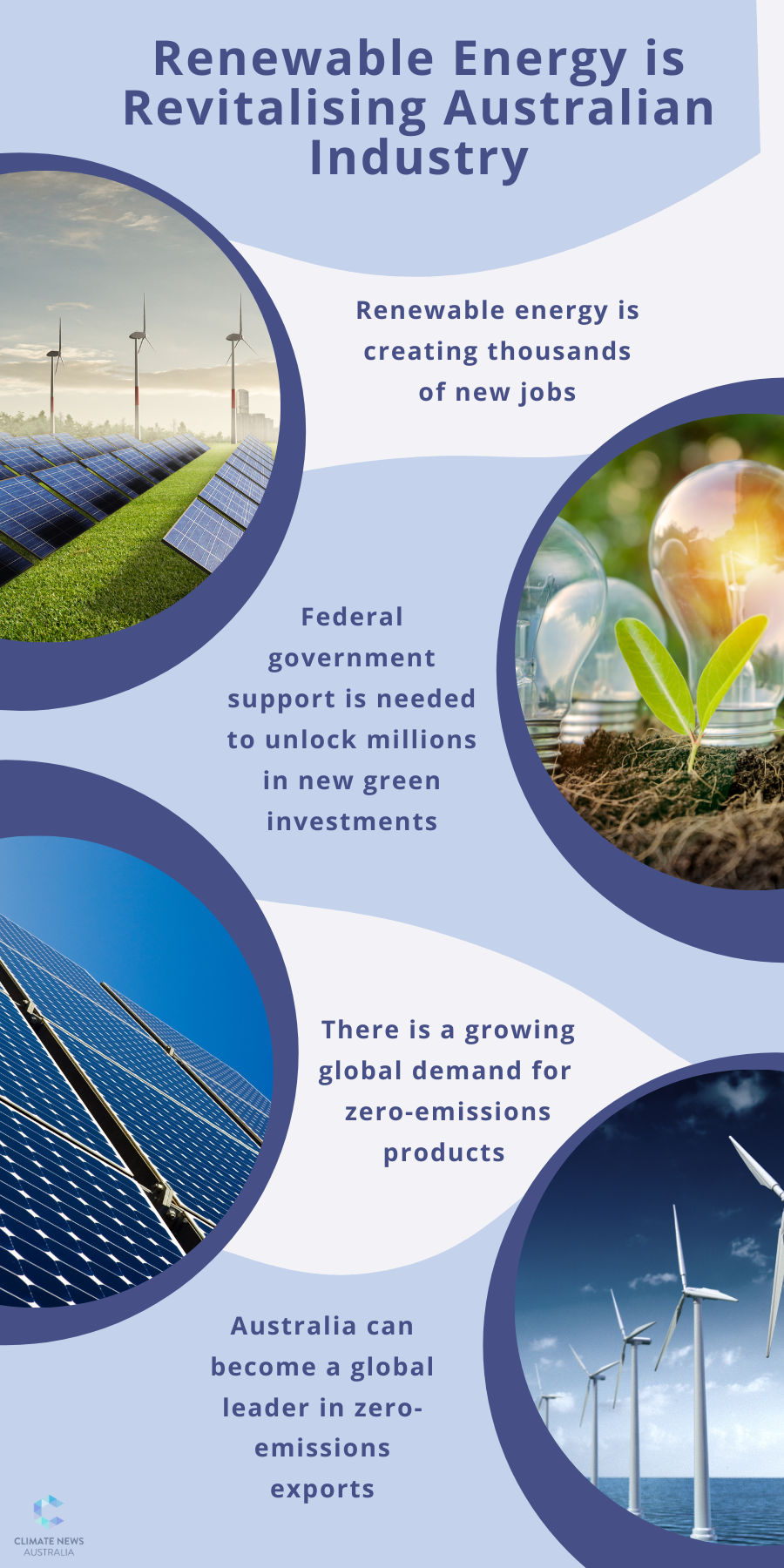