The destructive effects of fossil fuels on the environment must be considered before approving coal and gas projects in Australia, says the Environment Council of Central Queensland (​​ECoCeQ), in a new legal intervention.

Supported by lawyers from Environmental Justice Australia (EJA), ECoCeQ is basing its case on a rarely used section of The Environment Protection and Biodiversity Conservation (EPBC) Act. They have submitted 19 reconsideration requests to the new Environment Minister, Tanya Plibersek. The requests cover almost all new coal and gas proposals currently awaiting federal approval.

Along with an enormous bank of evidence, these requests set out in “excruciating clarity the climate risk from these fossil fuel proposals to thousands of animals, plants and places in Australia that are nationally significant living wonders”, states ECoCeQ. 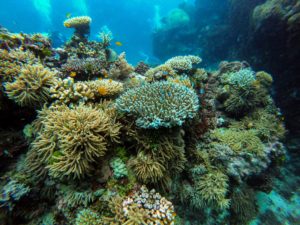 ECoCeQ is arguing that the Environment Minister has an obligation to review important scientific information and account for the detrimental effect of climate change on several thousand matters of environmental significance within Australia. Minister Plibersek has been presented with 3,000 documents and spreadsheets that list the direct and indirect impacts of climate change on the environment. This evidence is documented in thousands of research papers that the Australian government commissions scientists to carry out and publish reports on.

ECoCeQ’s evidence demonstrates that the climate impact of these new coal and gas projects would harm thousands of matters of environmental significance. For the very first time, the minister will also receive continent-wide mapping evidence showing the impact of climate-fuelled bushfires on species and places under her watch.

The effects of fossil fuels on the environment

While these threats are not new, until now, Australia’s past environment ministers have overlooked much of this science, claims ECoCeQ. This is because for years, they have refused to consider the risk of harm of fossil-fuelled climate change.

Not only this, but Australian scientists say that their environmental research is being “suppressed“. Many have been banned from speaking out about their work or pressured to downplay their findings, they claim. More than half of environmental scientists working for Australian federal and state governments report being routinely “prohibited from communicating scientific information” about logging, mining, threatened species and other ecological issues in Australia.

For example, the previous coalition government faced accusations that they deliberately withheld releasing the 2021 State of the Environment Report to avoid “bad news” before an election. It also allegedly tried to bury research exposing a massive underspend on Australian threatened species.

One of the aims of this legal case is to end the “information blackout” on environmental science communication. As part of this effort, the Climate Council is inviting members of the Australian scientific community to sign an open letter in support of the legal intervention. They also invite members of the public to participate in signing an open letter found here. 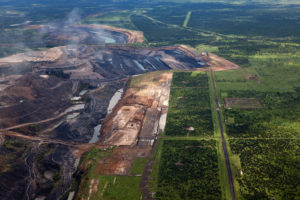 What is the EPBC Act?

The Howard Government introduced the EPBC Act in the mid-2000s. It was designed to “protect nationally significant places, ecosystems and wildlife.” There are many thousands of species and places in Australia that have protection under this law, including “koalas, dugongs, the Great Barrier Reef, Uluru and Ningaloo Reef.” However, the creation of the EPBC Act has not stopped the destruction of more than 7.7 million hectares of threatened species habitats since the Act was passed. As a result, Australia holds the global record for most extinctions of mammals of any country, explains the Climate Council.

A win in court for ECoCeQ using this rarely used section of the EPBC Act could set a legal precedent for approving new coal and gas projects. It could result in obstructing climate-polluting projects based on the ecological damage when evaluated under Australia’s environmental laws.