Home » Natural Gas in Homes Leaks Hazardous Pollutants: New Research (Video)
Watch this video to learn about the latest findings from a new Harvard study about the leakage of hazardous pollutants from natural gas into homes.

A new Harvard study, Home is where the pipeline ends, finds that natural gas appliances in homes are leaking volatile organic compounds (VOCs) that are toxic and linked to cancer. In addition, they can form secondary health-damaging pollutants, such as particulate matter and ozone. The study took place in homes throughout the Greater Boston area.

The findings corroborate the dangers of gas found in last year’s report from Australia, which found gas cooking created a similar amount of pollution to living with a smoker. Gas stoves consequently could be responsible for up to 12 per cent of childhood asthma cases in Australia.

A further US study from earlier this year found over three-quarters of greenhouse gas (GHG) emissions from stoves occur while they are off. This is in addition to emitting other pollutants, such as nitrogen oxides. The fact we are still burning fossil fuels in our homes is “nuts”, energy and climate change policy expert Donna Green from the University of New South Wales told ABC, in response to this report. “We’ll be in shock in a decade’s time that we actually did this.” 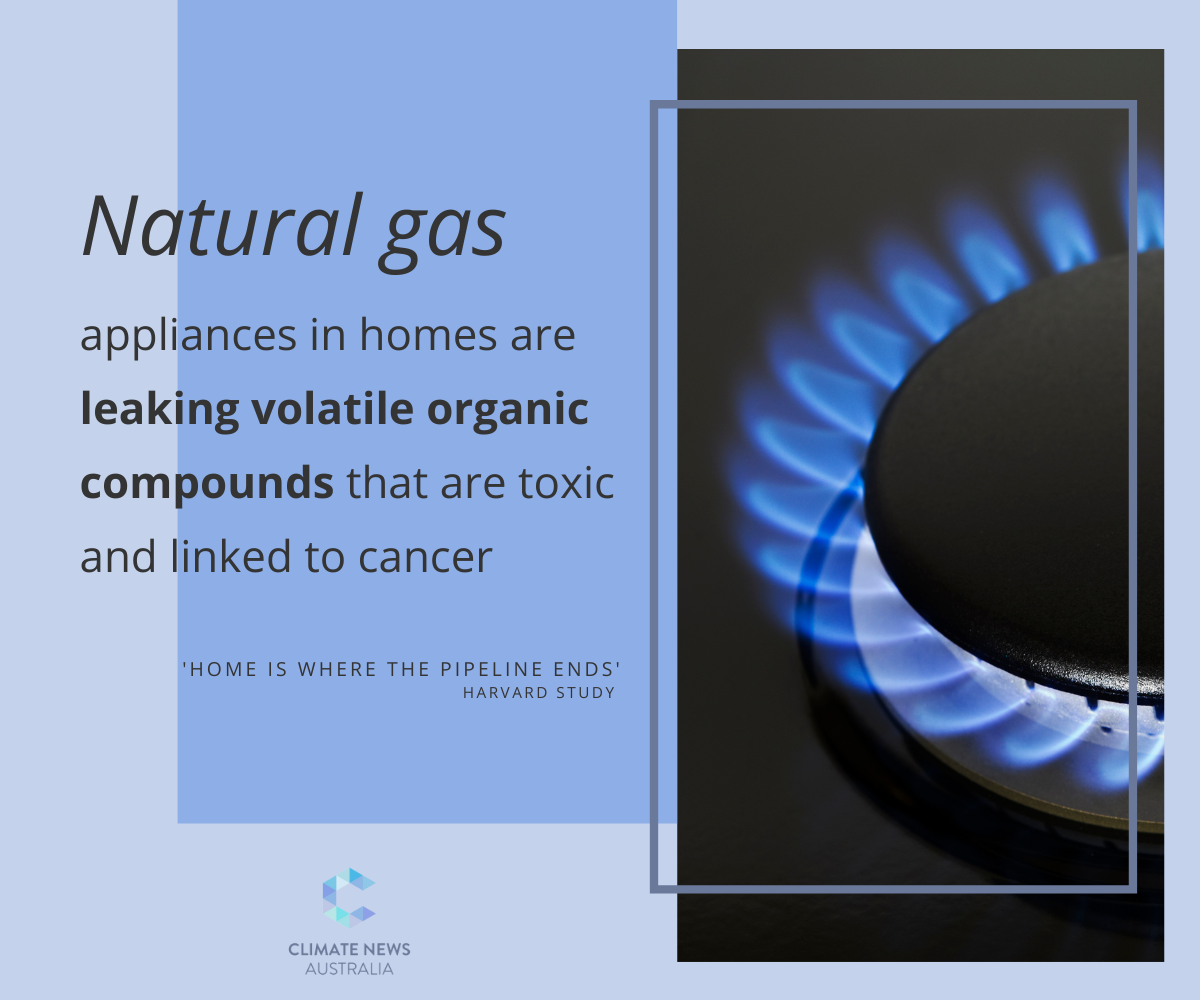 Gas in our homes is dangerous: 25 years of evidence

Given this body of evidence, it is disturbing that some new homes in Australia are still mandated to have gas connections. The Harvard results also beg the question: where are the gas industry’s own health and safety assessments of its appliances in people’s homes? Furthermore, the government is funnelling billions of dollars in public money into the gas industry, keeping this outdated and polluting fuel alive. 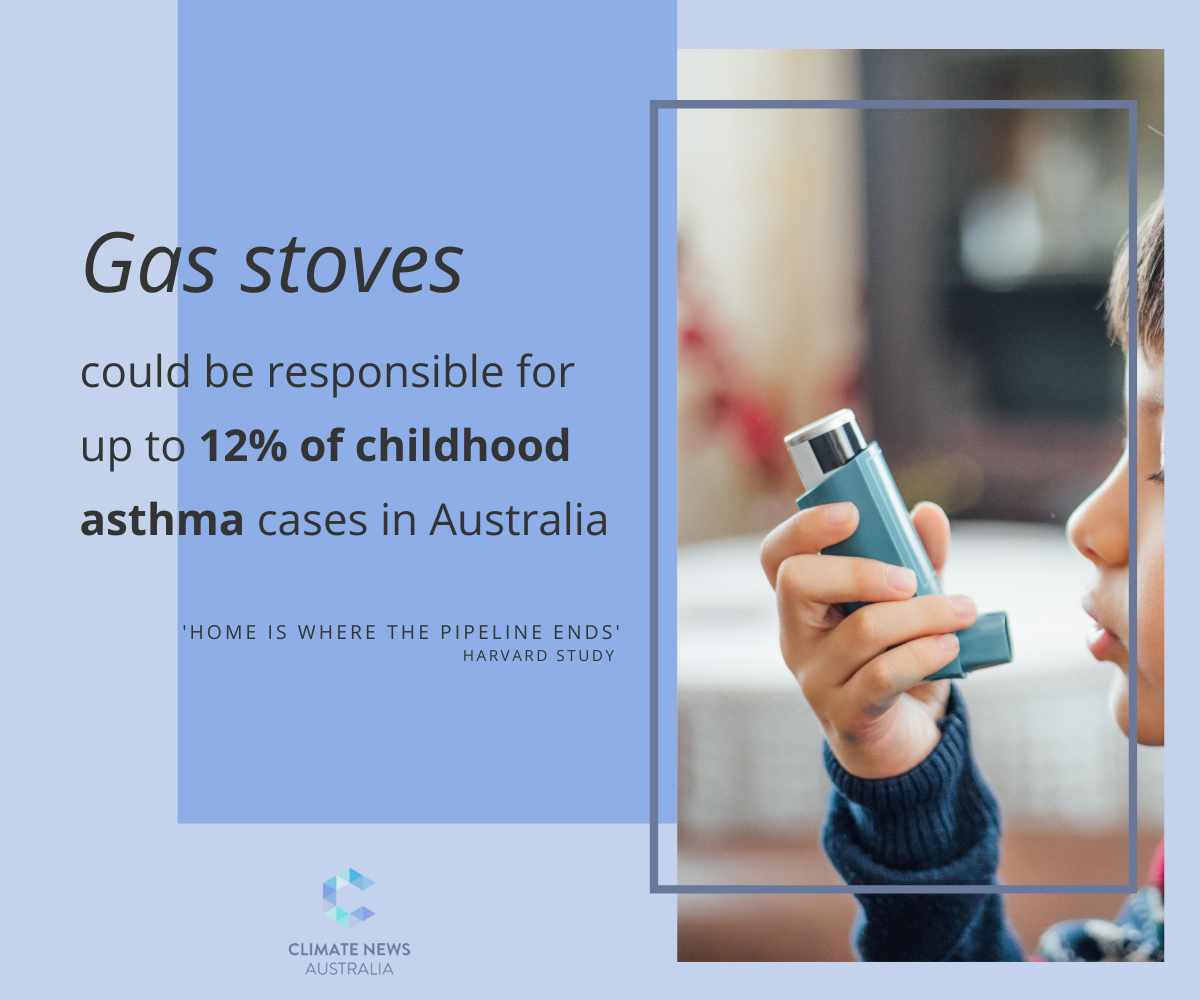 Key findings from the Harvard study

Millions of households worldwide use gas power appliances, such as kitchen stoves, furnaces and water heaters. But, until now, little data existed on the chemical makeup of the gas once it reaches consumers.

Researchers at the Harvard T.H. Chan School of Public Health conducted a hazard identification study, which evaluated whether air pollutants are present in unburned natural gas. They collected over 200 unburned natural gas samples from 69 unique kitchen stoves and building pipelines across Greater Boston.

“It is well-established that natural gas is a major source of methane that’s driving climate change”, said Drew Michanowicz, Visiting Scientist at Harvard Chan C-CHANGE and Senior Scientist at PSE Healthy Energy. “But most people haven’t really considered that our homes are where the pipeline ends and that when natural gas leaks it can contain health-damaging air pollutants in addition to climate pollutants.”

“This study shows that gas appliances like stoves and ovens can be a source of hazardous chemicals in our homes even when we’re not using them”, said Jonathan Buonocore, co-author and Research Scientist at Harvard Chan C-CHANGE. “These same chemicals are also likely to be present in leaking gas distribution systems in cities and up the supply chain.” 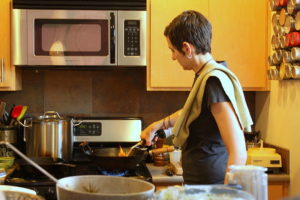 Governments can no longer ignore the dangers of gas in homes

Improved gas safety measures can only go so far

While improved safety measures are always welcome, we cannot escape the fact that gas is toxic to humans, and use in homes will always come with risks. For example, gas stoves can expose anyone who lives with one to hazardous pollutants, even if the stove is off. Wherever unburned natural gas leaks, there is a risk of exposure to hazardous and even carcinogenic air pollutants. Furthermore, children are particularly vulnerable to the dangerous gas in stoves because they breathe more air relative to their body size.

This latest study contributes to the international scientific consensus that gas is no cleaner than coal or oil and has no place in our homes and around our families.  Yet, “too many homes, businesses and industries rely on gas for heating, cooking, and energy at the moment”, states the Climate Council. Adding to the health impacts, the gas price crisis is also causing soaring inflation and skyrocketing household bills for Australians. It is time to ditch this dirty fossil fuel in our homes — and everywhere else. 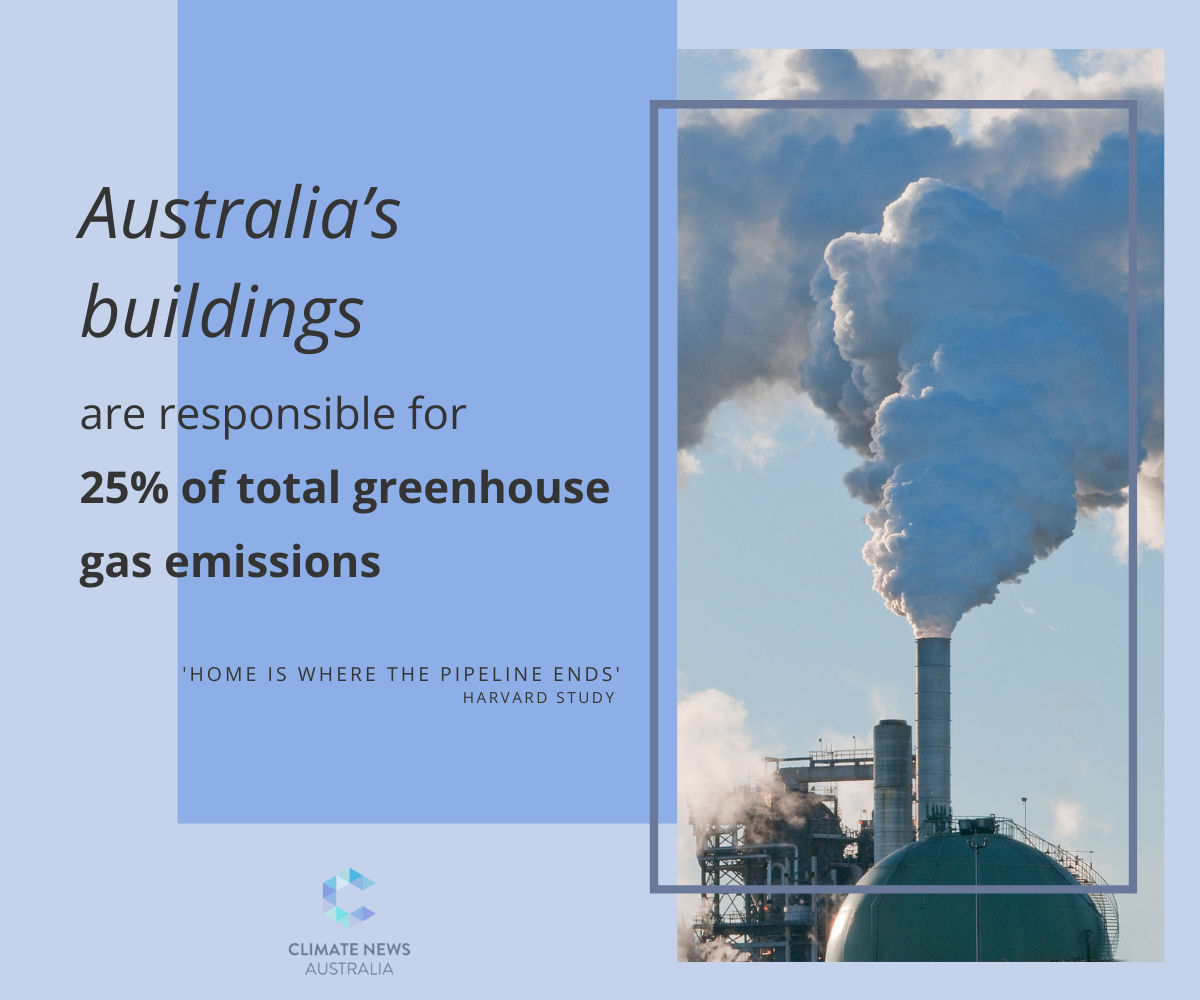 All-electric homes are cleaner, healthier and cheaper than gas

Given the falling price of renewables and storage, along with advancements in technologies, there is no longer a credible argument for gas use in homes. “In Australia, it is cheaper to heat your home with a heat pump (electric air conditioner), more efficient to heat water with a heat pump system and your stove with an induction cooktop”, explains energy finance analyst Bruce Robertson in Renew Economy. “The gains in heat pumps’ efficiency are making gas uncompetitive as a domestic fuel source”.

In fact, the Australian Technology Association (ATA) found that new homes that go all-electric with solar would save between AUD $9,000 and AUD $18,000 over 10 years compared with a home that has gas appliances and no solar. Furthermore, retrofitting existing homes for thermal and energy efficiency – including rooftop solar and battery storage, insulation and heat pumps – could save almost 100 per cent of energy use and save AUD $1,600 per year per household, according to a 2021 report.

The Victorian Greens have pledged to introduce a bill to parliament to impose a ban on all new gas connections to homes within three years. This is welcome news — a policy that follows the science and puts health and the climate ahead of fossil fuel industry interests. Australia’s buildings are responsible for 25 per cent of total emissions, so electrification and efficiency measures will also help decarbonise Australia and meet the goals of the Paris Agreement. Therefore, strong federal policy and investment to accelerate such measures nationwide should be a priority for the new government. This is both to meet its emissions reduction goals and to protect all Australians from the “invisible killer” of toxic air pollutants in our homes. 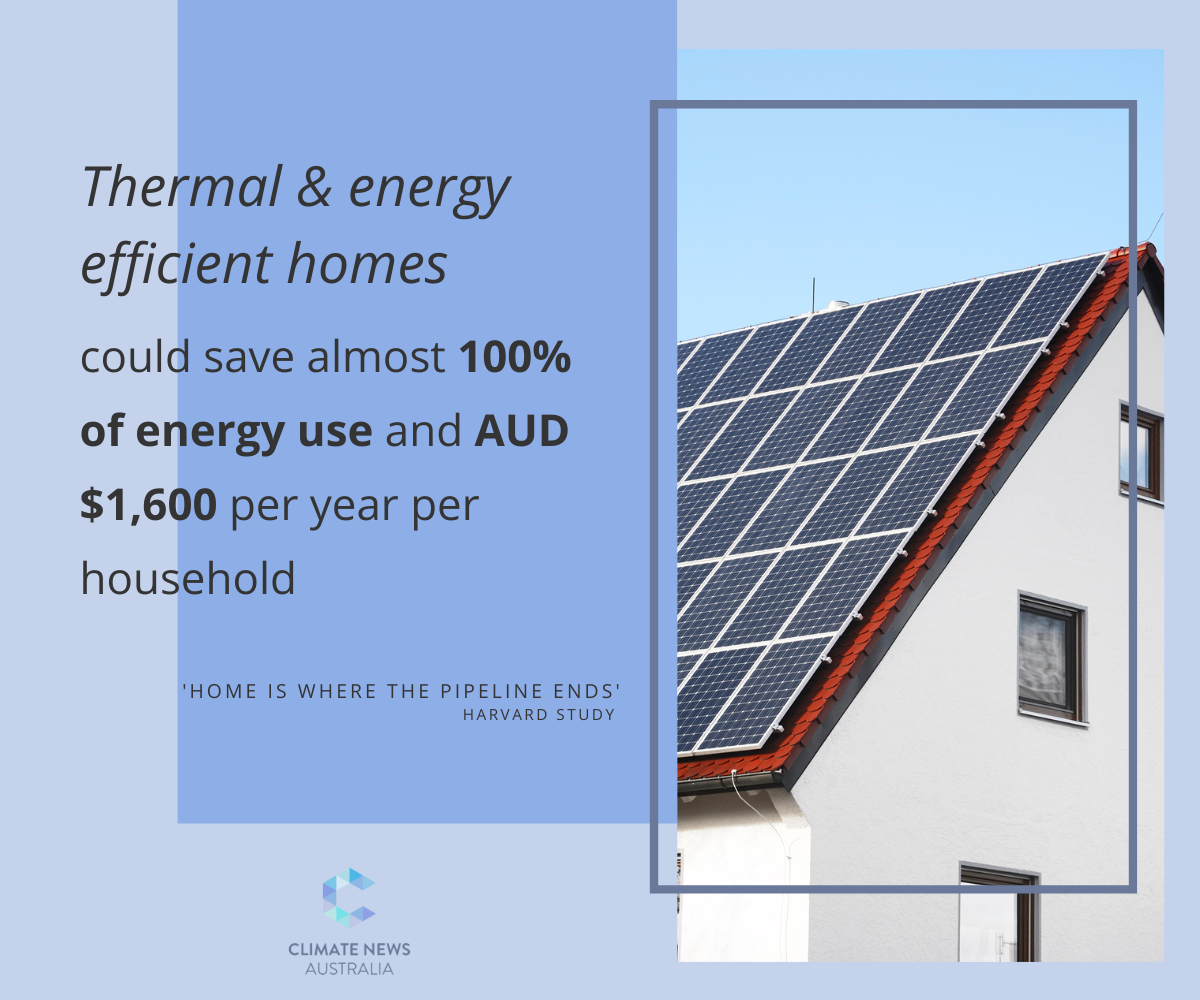