Home » Mike Cannon-Brookes’ AGL Board Shakeup Marks New Era for Energy Giant
Watch this video to find out how new leadership at AGL could accelerate the company’s transition from coal to renewables.

Software billionaire and climate activist Mike Cannon-Brookes has succeeded in shaking up the board of AGL, signifying a new era for climate accountability and action from the energy giant. Shareholders approved all four of Mr Cannon-Brookes’ proposed candidates to join the company’s board at the 2022 Annual General Meeting on 15th November. This sweeping leadership change could see Australia’s biggest climate polluter become the centre of the country’s renewable transition, says Greenpeace Australia Pacific.

Commenting on the announcement, Executive Director of the Australasian Centre for Corporate Responsibility (ACCR), Brynn O’Brien, said: “History has been made today. The board of an Australian listed company has been transformed by shareholders over its handling of climate risks.” “This is both a victory for shareholders and a scathing indictment on those who spent years destroying shareholder value by delaying the inevitable in the face of an escalating energy transition”, he added.

Glenn Walker, a Senior Campaigner at Greenpeace Australia Pacific, said the new leadership “signals the start of a potential transformation of Australia’s biggest climate polluter to a renewable energy powerhouse”.

Mike Cannon-Brookes made the strategic move to become AGL’s largest single shareholder in May 2022. His intention was to “reimagine, refresh and reinvigorate the company” and help AGL through a decarbonisation process that would be better for shareholders, employees and the country.

As Australia’s biggest polluter, AGL was responsible for eight per cent of Australia’s total emissions in the financial year 2021. Despite calls over recent years for greater climate action and diligence in managing climate and governance risks, AGL has failed to take adequate action, notes the ACCR. Calls have come from various parties, including shareholders, investors and large asset managers.

AGL’s renewed leadership is an important step in the company’s energy transition. But, the company must now significantly pick up the pace, said Greenpeace’s Mr Walker. “After years in the coal doldrums AGL now faces serious competition in the renewable transition.” Rival company Origin, for example, is due to receive AUD $20 billion for its renewable developments from its new owners.

In October 2022, AGL pledged to exit coal entirely by 2035. This includes a commitment to closing the nation’s most emissions-intensive power station – Loy Yang A in Victoria’s Latrobe Valley – and Bayswater in the Hunter Valley. Now, AGL should bring forward the closures of its loss-making coal assets even further to 2030 and focus on renewables, said Mr Walker.

“Investors and customers want to see AGL become a key part of the solution to the energy crisis”, he said. There is “immense potential” for AGL to help millions of households and businesses move away from polluting and expensive fossil fuel energy and towards efficient, sustainable electrification, Mr Walker added. 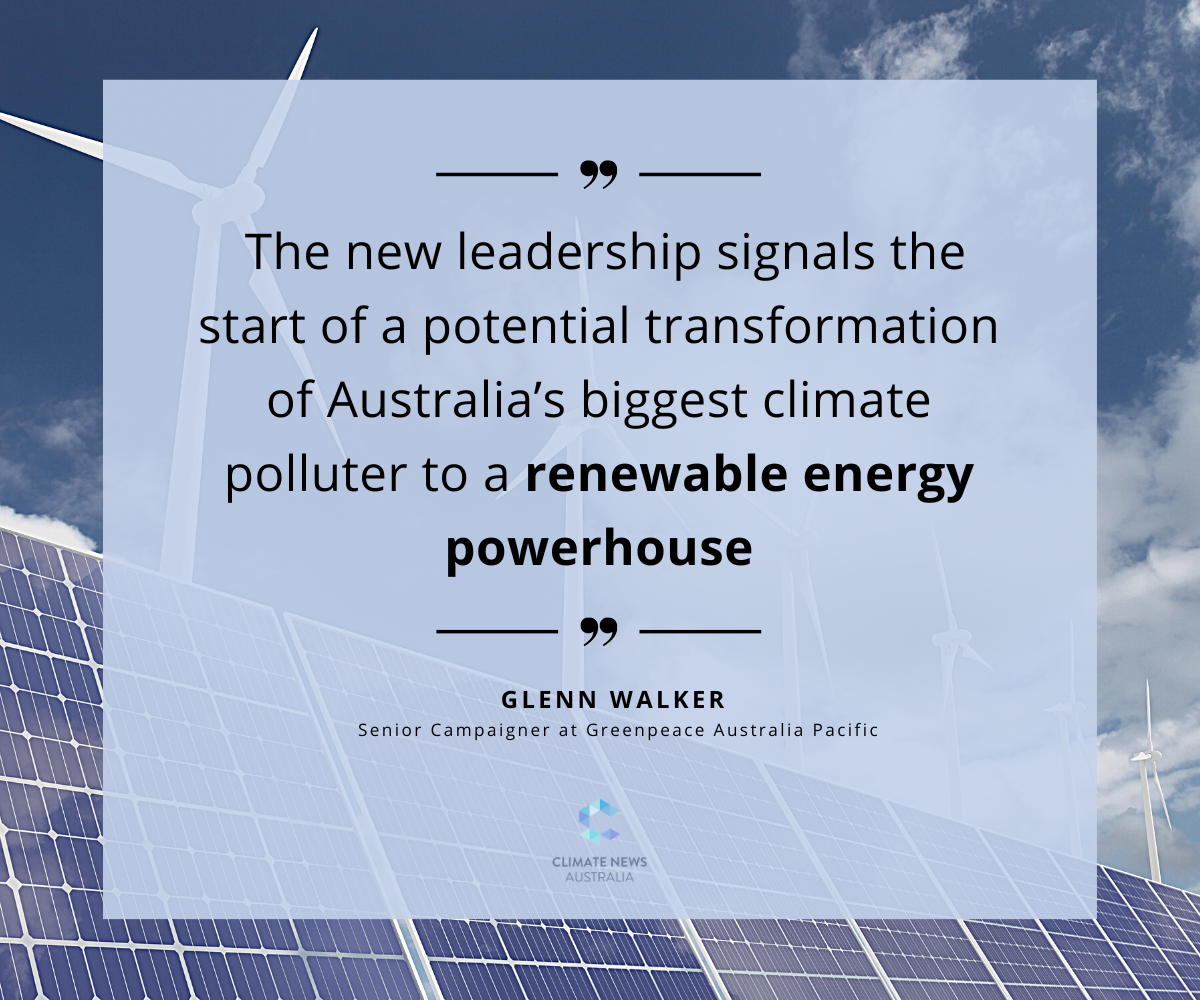 From coal to clean

Exiting coal is good for business. The market has turned against fossil fuels, and shareholder value in coal-fired power stations is in decline. The result is that banks are reportedly reluctant to lend to AGL given its coal generators, explained Mark Humphery-Jenner from the University of New South Wales in June 2022. For example, experts have long warned that Australian coal projects could end up stranded assets as demand falls and the market collapses.

The end of coal means that the future for companies like AGL is in software and trading rather than power stations, notes Tristan Edis from Green Energy Markets in The Guardian. The energy market is transitioning rapidly with decentralised clean energy technologies, such as home solar and electric car ‘vehicle to grid’ systems, on the rise. In 10 years, many people will generate and own more power capacity at home than they can use, Edis said.

However, while AGL’s new board signifies a greater emphasis on renewables in the future, the company’s climate transition plan remains inconsistent with limiting average temperature rises to 1.5°C, Mr Edis notes. While Mike Cannon-Brookes has “succeeded in getting all four of his board nominees elected, significant challenges remain in the way of a further acceleration in coal closure”, he said.