Low-Carbon Infrastructure Is the Future (Video)

Home » Low-Carbon Infrastructure Is the Future (Video)
Watch this video to find out why low-carbon infrastructure is the future and why we should invest in it.

The writing is on the wall for high-carbon infrastructure, according to the authors of a new report, “The Paris Effect – COP26 edition: How tipping points can accelerate and deliver a prosperous net zero economy”.

Many economies are moving away from high-carbon infrastructure, and over 130 countries have committed to net zero targets, including Australia. But, critics say that Australia’s plan is not ambitious enough to rapidly reduce its emissions. Yet, according to the report, the international trend is that countries and industry will move towards low-carbon economies soon. 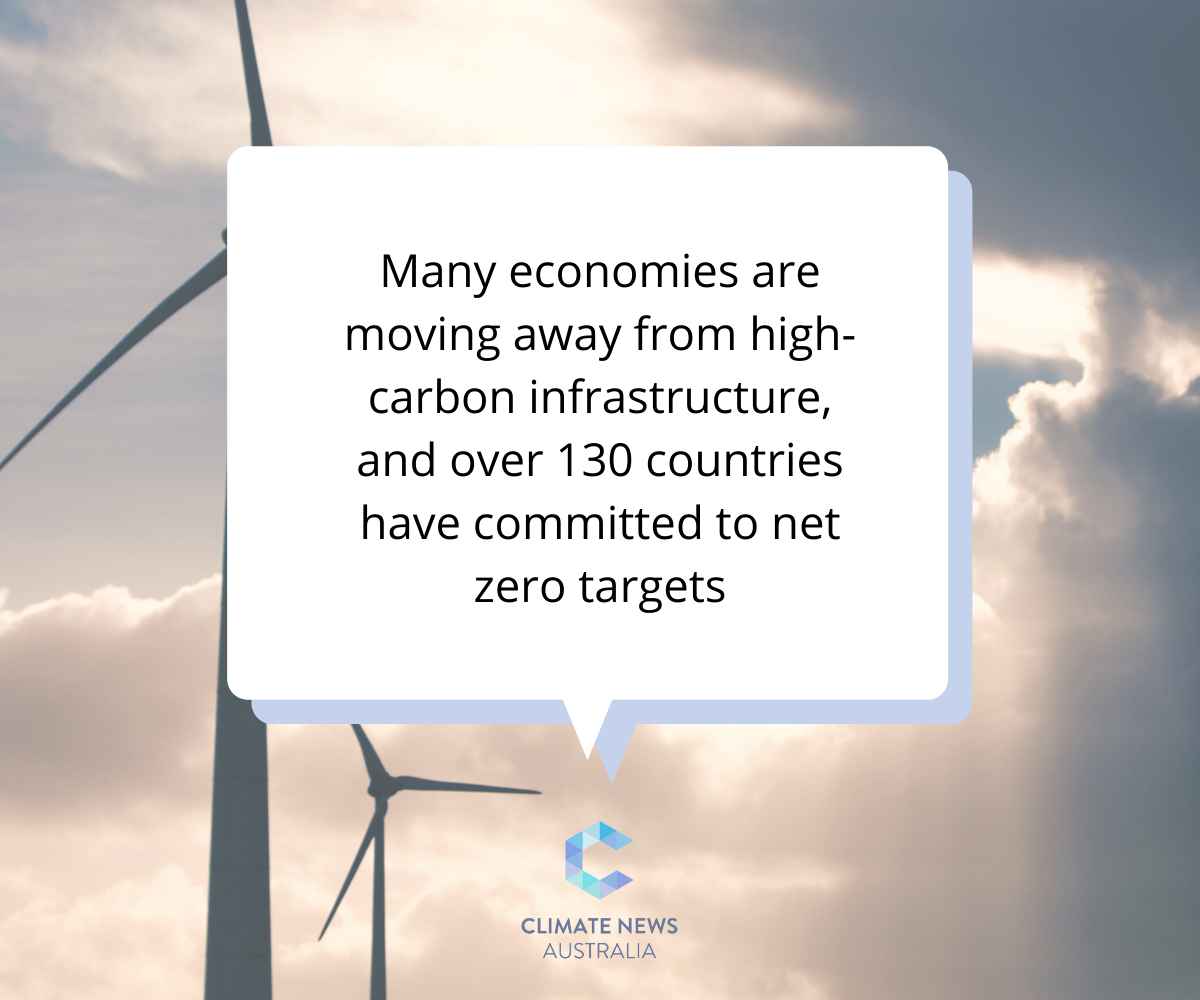 What does the report say?

The report was assembled by Systemiq, a company that partners with finance, policy-makers and civil society to find ways to make the world’s economic systems sustainable.

Globally, low-carbon solutions are now cost-competitive across the world’s electricity sector. Due to this, the world can expect disruption in many sectors. This includes aviation, shipping, trucking and more.

The report shows that it is no longer necessary or sensible to invest in new, carbon-intensive infrastructure. On the contrary, investing in this infrastructure is a risk, given that all major sectors are capable of developing green solutions and are poised to do so before 2030. 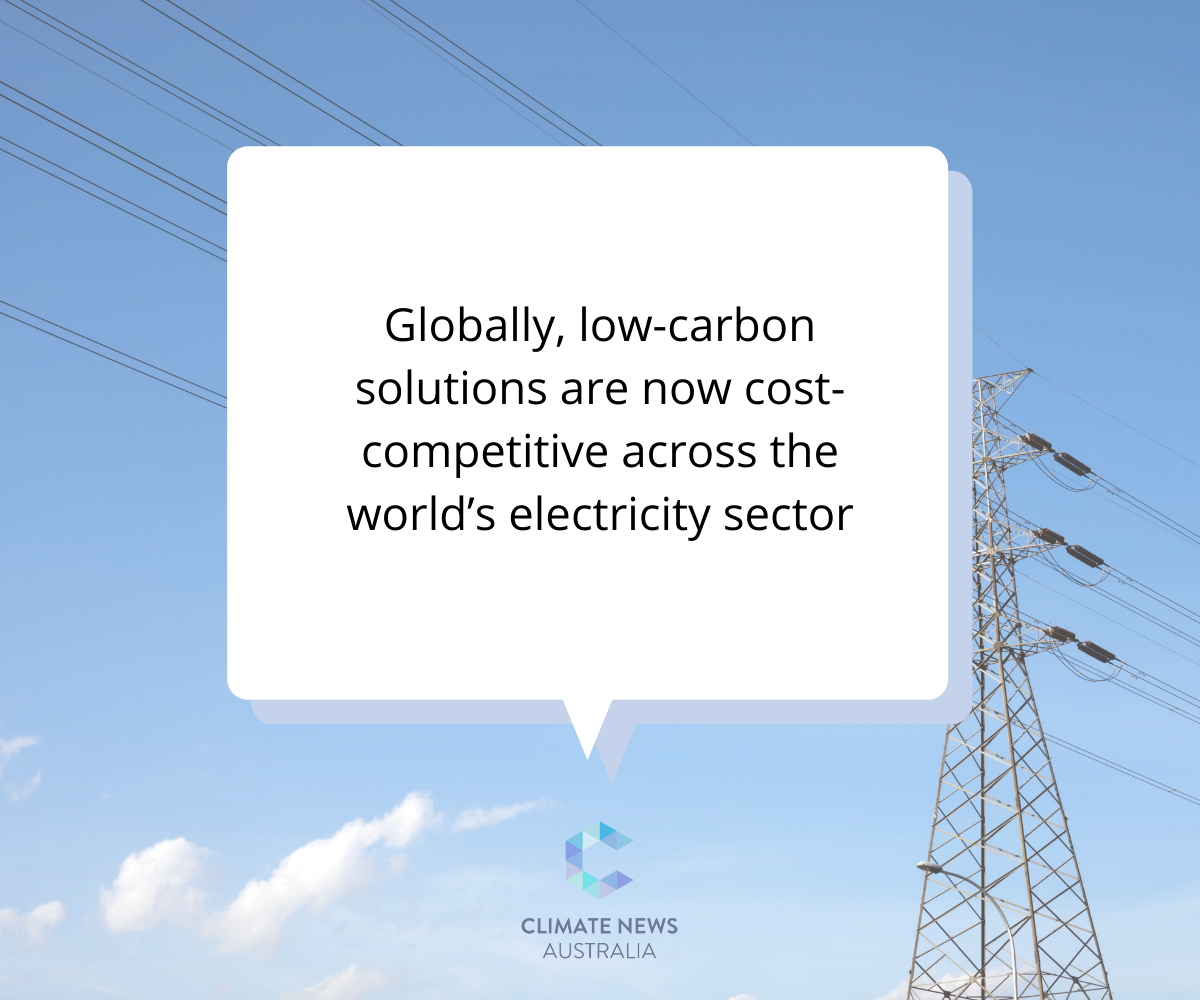 Why should the world invest in low-carbon infrastructure?

Global aims of slowing down global warming are urgent. The report’s authors point out that the world is quickly reaching a “climate tipping point”. Humanity must reduce emissions by seven per cent each year if we are to keep warming to 1.5°C below pre-industrial levels. Global temperatures are currently 1.2°C above pre-industrial levels.

High-carbon infrastructure is a bad investment

What trends show us that the world is moving away from high-carbon infrastructure?

The report says that there has been a “fundamental shift” in public opinion over climate change in recent years. This has led to major political and legal shifts, says the report. About 73 per cent of people in G20 countries now believe that the Earth is approaching potentially irreversible climate change due to human behaviour.

In the US, 70 per cent of voters believe that corporations should do more to address global warming. There have been numerous other legal outcomes of this shift, such as a landmark court ruling ordering Shell to reduce its emissions. In addition, 131 countries have committed to achieving net zero emissions. This represents 73 per cent of the world’s emissions.

The report quotes the International Renewable Energy Agency (IRENA), which stated that in 2020, over 80 per cent of new electricity generation capacity in the world was renewable. This upsurge was mainly driven by developments in China, according to IRENA.

Also, building a net zero energy system would benefit the world hugely, economically. The report states that this transition would yield a net benefit of USD $26 trillion for the global economy.

How can we achieve a net zero economy?

The report states that in order to build a net zero, prosperous global economy, the world needs to “accelerate progress and engineer tipping points in six key systems”:

Are we able to do this?

The good news is that society has the knowledge to implement these six steps, according to the report’s authors. Also, the Paris Agreement set in motion market dynamics, which resulted in “dramatic progress” in finding low-carbon solutions to the climate crisis.

In implementing these six steps, low-carbon solutions could scale up quickly. This could push down emissions in the sectors that account for 90 per cent of emissions by 2030.

How close are we to a low-carbon economy?

Humanity is doing well on some fronts but not so well on others. For example, globally, countries and industry are accelerating the development of renewables, plus storage, electric vehicles, plant-based meat and green steel. 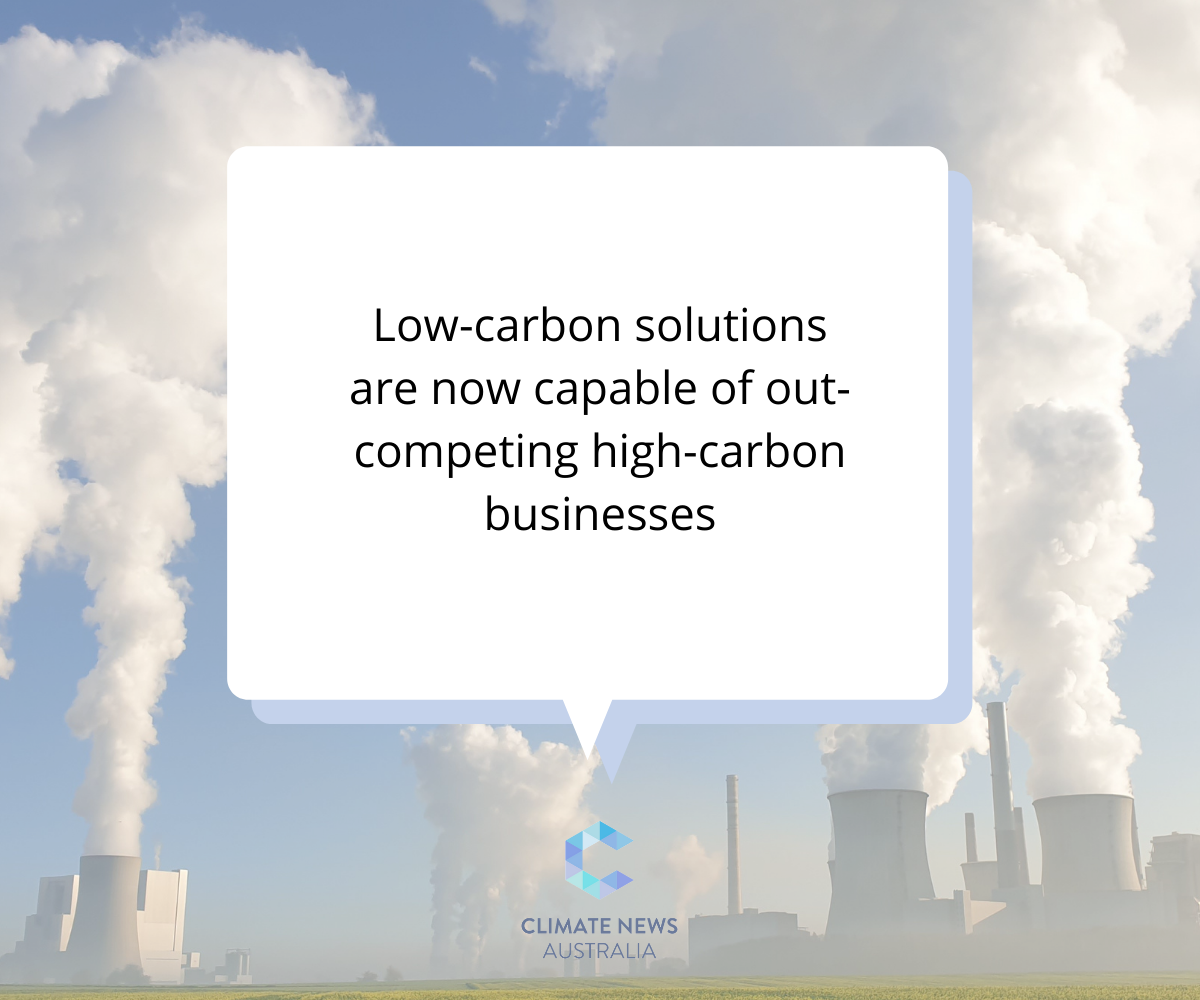 Is it too late to limit global warming?

Nigel Topping, UN High Level Climate Action Champion for COP26, said this is underway in many sectors, but the world needs to do more work.

“The race to a healthy, resilient zero-emissions economy is already underway in many sectors – and it’s driven by the Paris Agreement’s goals. Whether in the electrification of transport, the decarbonisation of heavy industry or the disruption in capital markets – we are breaking through in ways not even imaginable a few years ago. But, as the Paris Effect – COP26 edition shows – we must pick up the pace by halving emissions and building resilience within the 2020s”, Topping said. 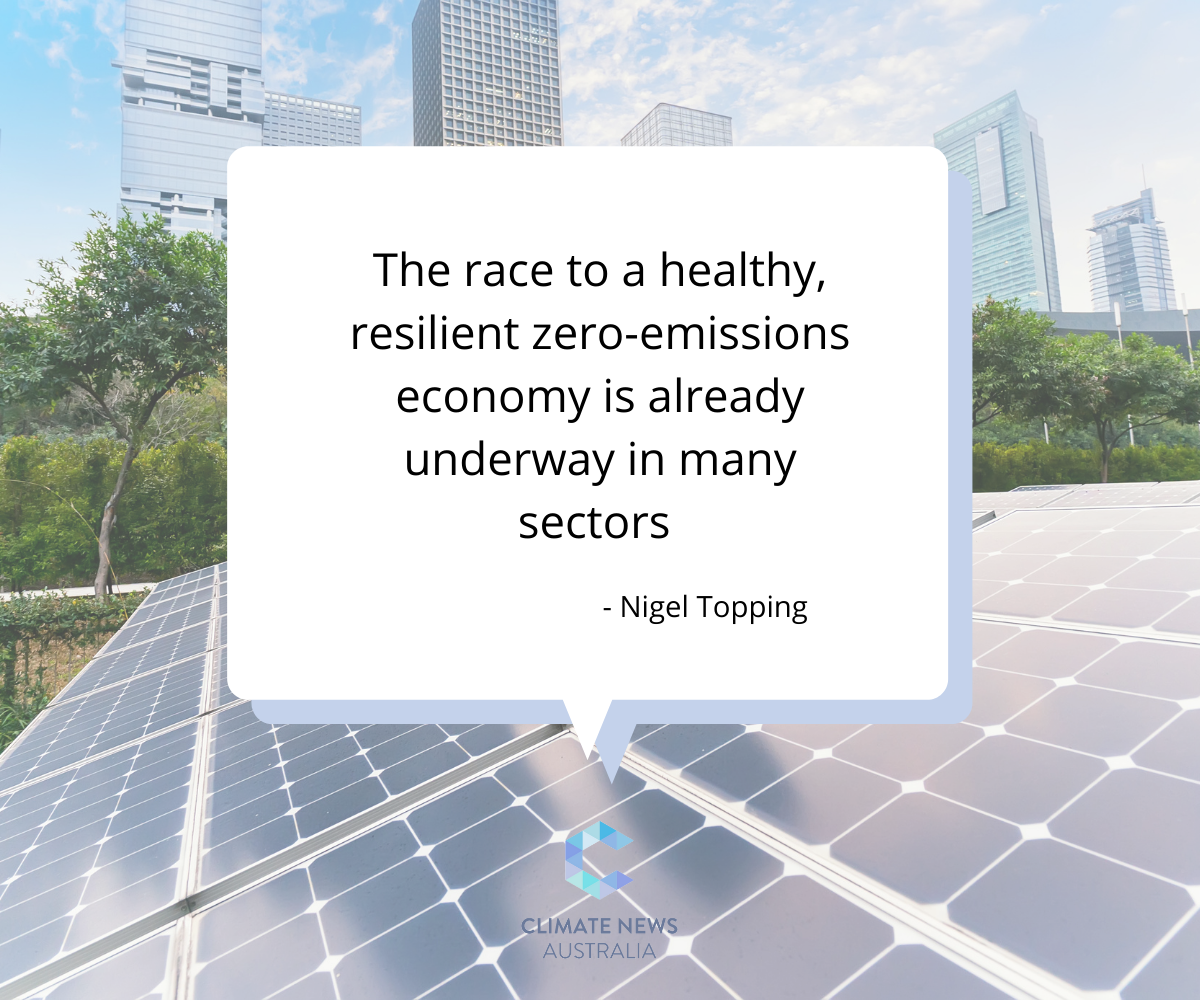 Is Australia aiming for a low-carbon economy?

Australia announced its net zero 2050 plan at the end of October 2021. While this was a welcome move by the Australian government, the plan falls short in many respects. Australia has introduced no emissions reductions policies, like tax incentives. The government made it clear that it will not force anyone to reduce their emissions. The plan has no funding, and it looks as though, by and large, Australia will stick to its current path. Australia will also not be legislating any reforms in the energy sector.

Without a firm commitment to moving away from high-carbon infrastructure, Australia risks being left behind by a rapidly decarbonising world.