Has the LNG share price caught your eye as an investor? Be careful! The international gas market is notoriously volatile. For a strong investment for the future, renewable energy is a safer bet.

The gas industry chills natural gas to a liquid state to create liquefied natural gas (LNG). This makes it easier to store and transport for export. Many countries do not have pipelines to import natural gas. Therefore, gas exporters transport LNG to them on large ships. Unfortunately, this process increases the chance of gas leaks. Consequently, we cannot consider LNG to be a clean fuel.

Natural gas is composed nearly entirely of methane. Methane is a potent greenhouse gas, trapping up to 84 times more heat over 20 years. It traps 34 times more over a century.

Asia LNG share price reached a record level in March 2022, before falling and peaking again in August. This is the latest evidence of its price instability, and experts warn the market remains “extremely volatile”. Previously, the share price of Australian LNG producers rose in early 2021, related to a sharp increase in LNG prices in the Asian market. However, in 2020, Australian gas producers had a tough year. For example, the share price of Woodside Petroleum – Australia’s largest natural gas producer – dropped dramatically.

The LNG market is volatile

The price of LNG crashed in early 2020. This was due to the worldwide economic downturn related to COVID-19. Demand for LNG also fell. Even before the pandemic, there was too much LNG supply, according to McKinsey. This market volatility caused LNG company profits to decline in 2020, says the consulting firm. Fast-forward to early 2022. As countries shunned Russian gas due to its invasion of Ukraine, markets panicked and LNG prices jumped to record highs.

The instability of gas prices is nothing new. Natural gas is an inherently volatile commodity, suggests Bruce Robertson of the Institute for Energy Economics and Financial Analysis (IEEFA). Low gas prices in 2020 caused financial instability in the industry. Therefore, gas companies reduced drilling and investment. The IEEFA says it expects more market volatility in the future. 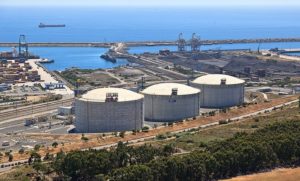 In the Australian stock exchange (ASX), 138 companies are listed under the energy sector, and Woodside Petroleum (WPL), Santos (STO) and Washington H. Soul Pattinson (SOL) occupy the top three spaces of the market share. A look at the net profit, losses and operations of some of Australia’s companies shines a light on the volatility of LNG.

LNGL and its managing director acquired the Bear Head LNG terminal in 2014, located in Nova Scotia in Canada. The project was supposed to be completed by 2019. However, the increasing financial problems of LNGL led to the company requiring administrators to review the company, which was the first major step to LNGL’s closure and directors’ resignation. The future of Bear Head LNG is now uncertain.

In May 2022, US-based Buckeye Partners LP announced it would acquire and revive the project to ship LNG to Europe. But, the EU has warned it will reduce its use of natural gas. This means demand for expensive LNG is likely to fall rapidly in that market and could make this plan unviable.

What is the future outlook of the LNG share price?

Gas still faces “significant uncertainty”, according to the International Energy Agency (IEA). As outlined above, uncertainty in the international gas market directly affects the share price of LNG companies.

The IEA forecasts a decline in global gas demand in 2022 which could continue until 2025, as markets and economies reel from Russia’s invasion. The high prices are hurting consumers and industry, and emerging economies are particularly vulnerable. Countries are suffering power cuts, industrial demand destruction and food supply issues as a result. However, the sharp rise in LNG prices in 2021 had already forced companies in Pakistan and Bangladesh to cancel some import contracts. At the time,  the IEEFA predicted that this price volatility could lead to reduced demand in these emerging economies.

The institute also suggested that unaffordable LNG prices could threaten gas projects in Vietnam, Pakistan and Bangladesh. These investments are worth USD $50 billion but could be scrapped as LNG becomes unaffordable. Its 2022 report, The Economic Case for LNG in Asia is Crumbling, has shown many of these predictions have come true.

In addition, LNG’s high emissions threaten shareholder value. We can take Australia’s LNG export industry as an example. Australia is the world’s largest exporter of LNG, ahead of Qatar. The country’s three biggest LNG customers are China, Japan and South Korea. All three have committed to net-zero emissions targets. If they respect them, these countries will cut their LNG imports. This potential for stranded assets would only add to the worries of Australia’s LNG industry.

Should I invest in LNG?

To recap, the natural gas industry has experienced financial instability. This means that there is likely to be a more volatile LNG market in the future. In turn, this will reduce demand in emerging Asian markets. On top of this, emissions reduction plans will also cut LNG imports. So, your money would be better spent elsewhere. 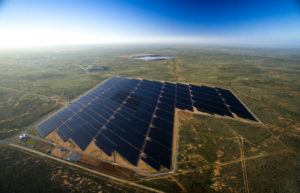 What are my alternative investment options?

An investment in renewable energy will increase shareholder return. That is because renewable energy has grown at an exponential rate. Renewables will continue to grow and will account for 95 per cent of new global energy capacity over the next five years, says the IEA. There are a number of renewable energy shares to choose from.

At home in Australia, renewables accounted for 32.5 per cent of electricity generation in 2021. This was almost five percentage points higher when compared to the year before. The price of large-scale renewable energy batteries has dropped dramatically recently. As a result, the gas industry now faces stiff competition from renewables.

One project to keep an eye on is Sun Cable, which is backed by billionaire funding. The project would be the world’s largest solar and battery facility. Based in the Northern Territory, it has a lifetime of 70 years and will export clean energy to Singapore as well as for domestic use.

So, if you want to invest in energy, steer clear of LNG. There is simply too much uncertainty involved. Instead, explore your investment options for renewables. Furthermore, when investing, we implore you to seek professional advice in addition to personalised financial advice. At Climate News Australia, we are not providing or advocating any investment suggestions.