The Role of Hydrogen Energy in a Net Zero World

Home » The Role of Hydrogen Energy in a Net Zero World

Hydrogen, like electricity, is an energy carrier “used to store, move, and deliver energy produced from other sources.” With the global transition to net zero emissions by 2050 and aim to limit global warming to 1.5°C, hydrogen energy plays a crucial role.

Hydrogen can avoid 80 gigatons (80 billion metric tonnes) of cumulative carbon dioxide (CO2) emissions between now and 2050. By this year, hydrogen can contribute 20 per cent of the total emissions abatement and provide 22 per cent of global energy demand.

Across all regions of the world, nations are mobilising hydrogen energy projects. In the 12 months prior to December 2021, the number of giga-scale projects (of more than one gigawatt, or GW) increased from 17 to 43. The size of these projects is also growing. Nine exceed 10GW, which is equivalent in scale to the world’s largest renewable energy projects.

“Hydrogen is today enjoying unprecedented momentum, driven by governments that both import and export energy, as well as the renewables industry, electricity and gas utilities, automakers, oil and gas companies, major technology firms and big cities”, said Dr Fatih Birol, the IEA’s Executive Director. “The world should not miss this unique chance to make hydrogen an important part of our clean and secure energy future.”

What is hydrogen energy?

Hydrogen is the smallest, lightest and most abundant element in the universe. It is a “colourless, odourless, tasteless, flammable gaseous substance” that burns with oxygen to form water.

Despite its abundance, hydrogen must be separated from other elements — either in water or fossil fuels – for energy production. While hydrogen is emissions-free at the point of use, it can have a significantly varied climate impact depending on its production method.

Clean electricity from renewable sources, such as solar or wind power, uses electrolysis to split water into its two elements: hydrogen and oxygen. As this process emits zero greenhouse gas (GHG) emissions, the hydrogen output is ‘green’. This means green hydrogen has a significant role to play in decarbonising sectors and facilitating a net zero world.

Currently, green hydrogen only makes up a small percentage of overall hydrogen use today. This is because production is relatively expensive. But, technological advancements, along with the ever-reducing price of renewable energy and economies of scale, mean that costs will fall in the future. 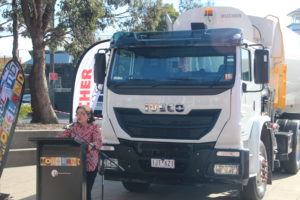 There are alternative ways of producing hydrogen from natural gas and coal. However, they are a continuation of the expensive, polluting fossil fuel-based energy system we must leave behind for a safe, net zero world.

This is the most common form of hydrogen production today. Grey hydrogen combines natural gas, or methane, with heated water to form steam. The outputs are hydrogen as well as the climate-heating GHG carbon dioxide.

Blue hydrogen production is the same as grey hydrogen, but where the carbon dioxide emissions are trapped using carbon capture and storage (CCS). However, in reality, blue hydrogen can still emit a significant amount of climate-heating GHGs – sometimes with little benefit in comparison to grey hydrogen.

Using black coal or brown coal (lignite) in the hydrogen-making process makes black or brown hydrogen. Given that coal is the dirtiest fossil fuel, this type of hydrogen is the most environmentally damaging.

Nuclear energy can also power hydrogen generation through electrolysis, known as pink hydrogen. Like green hydrogen, it emits no GHG emissions. However, nuclear energy creates radioactive waste, which operators must safely store for thousands of years.

Is hydrogen cleaner than natural gas? 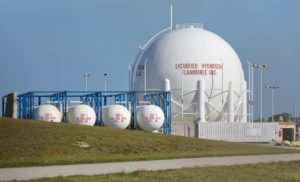 The uses of hydrogen energy: Powering fuel cells to decarbonisation

Hydrogen helps to integrate renewable energy in the form of storage, and can also be transported as a gas in pipelines or in liquid forms by ships. This allows energy companies to access valuable but otherwise “stranded” renewable energy sources in remote locations. Wider benefits of using hydrogen in a net zero world include improving air quality and strengthening energy security.

Both governments and industries have acknowledged the importance of green hydrogen in a net zero economy. As a result, it featured in a number of emissions reduction pledges at COP26, the UN Climate Conference, held last year.

For example, in 2021, the Green Hydrogen Catapult, a coalition of green hydrogen leaders, committed to developing 45 GW of electrolysers along with financing by 2027. This is almost double the commitment of 25 GW set just the previous year.

The European Commission has adopted legislative proposals to decarbonise EU gas through renewable and low carbon gases, including hydrogen. Japan also announced in 2021 that it would invest USD $3.4 billion from its green innovation fund to accelerate hydrogen research, development and promotion over the next ten years. 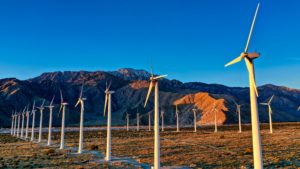 Scaling up renewables, such as wind power, will help drive the green hydrogen industry

Australia is leading the way for proposed green hydrogen electrolyser capacity, with a total of 69 GW of projects in the planning pipeline as of September 2021. Australia’s availability of land and renewable energy sources means it is home to some of the world’s largest green hydrogen projects, explained Martin Opdal from Rystand Energy.

The economic opportunities are vast. The green hydrogen market for domestic use and exports would reach an estimated AUD $50 billion by mid-century. Furthemore,  a 2019 study by Deloitte found that if Australia were to secure the same global market share percentage for hydrogen as it has today for liquefied natural gas (LNG), then it could contribute a net AUD $26 billion to GDP and 16,900 jobs by 2050.

Technological advancements are also unlocking further opportunities for green hydrogen in Australia. The federal target of producing green hydrogen for under AUD $2 per kilogram – which would make it price competitive with fossil-fuel-based hydrogen – could now be met as soon as 2025. This is due to a breakthrough in electrolyser efficiency from researchers at the University of Wollongong.

The private sector is also entering hydrogen space in Australia. Projects include Australia’s largest installed electrolyser at the Hydrogen Park South Australia and the Asian Renewable Energy Hub in the Pilbara region of Western Australia. The latter would be one of the world’s largest renewable energy projects, generating 26 GW of solar and wind power capacity and capable of producing over 1.6 million tonnes of green hydrogen per annum. This annual electricity output is the equivalent of producing over 90 terawatt-hours (TWh) per year – or around one-third of all electricity generated in Australia in 2020.

Many regions around Australia will benefit economically from this burgeoning green hydrogen industry. Furthermore, green hydrogen production requires a fraction of water inputs when compared to the coal industry. In a future where water resources will become increasingly scarce, this is an additional benefit that green hydrogen can offer in a decarbonised world.