Home » IEA Forecasts Renewable Energy Boom in Australia Over Next Five Years
Renewable energy capacity in Australia and globally is set to almost double in the next five years. Find out more about the IEA forecast in this video.

Renewable energy capacity in Australia will almost double in the next five years, according to a new report from the International Energy Agency (IEA). This outlook is on par with the global forecast and would result in renewables overtaking coal as the largest source of electricity generation by early 2025. This sharp acceleration in the clean energy transition helps to keep the possibility of limiting warming to 1.5°C alive, the report finds.

The IEA’s ‘Renewables 2022′ report increases its global five-year renewables forecast by 30 per cent from 2021’s report. This comes in the wake of the fossil fuel supply crunch that was triggered by Russia’s invasion of Ukraine. The ensuing global energy crisis is the driving force behind the “unprecedented momentum” in renewable power installations, the report highlights. This supports the IEA’s World Energy Outlook 2022 released in November, which found that the peak use of fossil fuels is imminent. Demand will plateau and then decline steadily from the mid-2020s as renewable deployment accelerates, its modelling found.

“Renewables were already expanding quickly, but the global energy crisis has kicked them into an extraordinary new phase of even faster growth as countries seek to capitalise on their energy security benefits. The world is set to add as much renewable power in the next 5 years as it did in the previous 20 years”, said Fatih Birol, IEA Executive Director. “This is a clear example of how the current energy crisis can be a historic turning point towards a cleaner and more secure energy system. Renewables’ continued acceleration is critical to help keep the door open to limiting global warming to 1.5°C.”

The main forecast in the IEA’s report predicts a rapid acceleration of the clean energy transition between 2022 and 2027. However, the pace differs significantly between countries. Moreover, gains in clean electricity generation will outpace heating and transport. The report’s key global findings for over the next five years are:

The report also outlines an accelerated model, which indicates that global renewable capacity can expand by a further 25 per cent compared with the main forecast. That is if countries address policy, regulatory, permitting and financing challenges. This would narrow the gap to net zero by 2050. 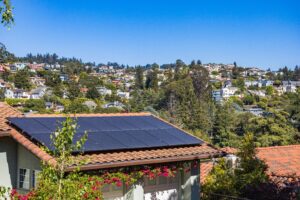 The renewable energy outlook in Australia

For Australia, the IEA revised its latest renewable energy forecast upwards by over 30 per cent from last year’s outlook. This reflects the announcement of new renewables auctions and the continued corporate power purchase activity (PPA) for governments, utilities and businesses. New projects associated with renewable energy zones (REZs) are also driving this acceleration.

According to the report’s main forecast, the key findings for the next five years in Australia are:

The IEA’s outlook for Australia corroborates an earlier report from the Australian Energy Market Operator. The agency’s June 2022 report found that Australia’s net zero transition is accelerating faster than expected, driven by early coal retirements and rapidly falling costs of renewables. This is great news for climate action, job creation and lower bills. “The adoption and transition of renewables will bring immense opportunity to Australians in terms of creating jobs, lowering emissions and ensuring security to our power supply”, said Tim Baxter, Climate Council Senior Researcher. “This transition is essential to protecting Australian lives.” 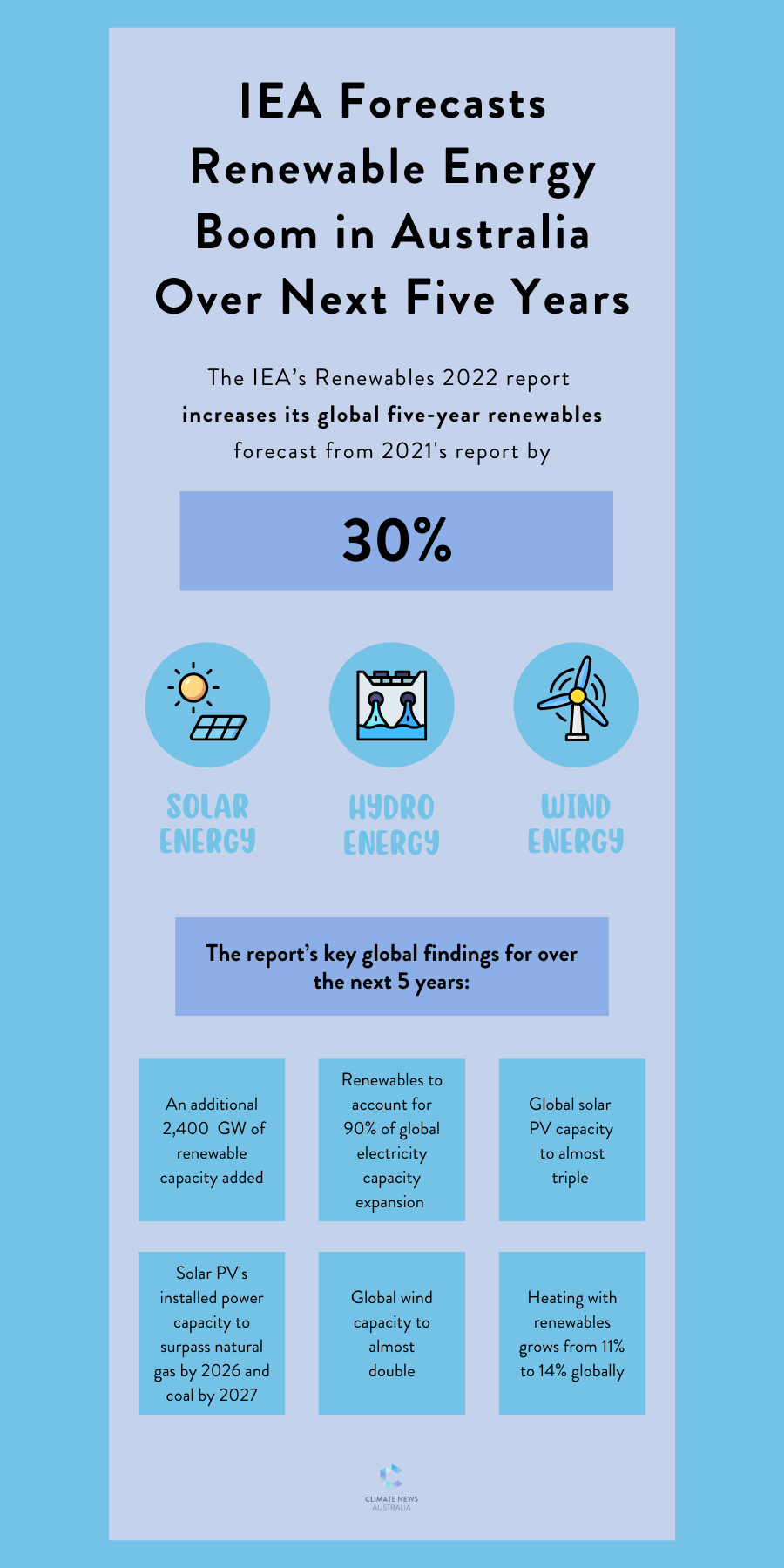