Watch this video to find out how Australia uses hydrogen as a fuel and why green hydrogen could be the fuel of the future.

As the world races to net zero, experts acclaim hydrogen as a fuel as a sustainable, reliable source of the future. Hydrogen produced by renewable energy, known as ‘green’ or ‘clean’ hydrogen, is a zero-emissions solution for difficult-to-decarbonise sectors, such as industry and transport. Hydrogen is also the solution to harmonise the variability of renewables by storing excess energy for times of higher demand.

The hydrogen industry is in its infancy but will expand rapidly over the coming years. “Hydrogen is an increasingly important piece of the net zero emissions by 2050 puzzle”, according to the International Energy Agency (IEA). Clean hydrogen could make up 22 per cent of global energy demand in 2050. By this time, it could be a USD $2.5 trillion industry and employ as many as 30 million people globally. The industry might even grow to AUD $16 trillion by mid-century, according to Andrew Forrest, who is investing heavily in green hydrogen projects worldwide.

Famous for its sunshine and coastlines, Australia’s renewable energy resources provide significant opportunities for green hydrogen production. Already, the country has some of the world’s most pioneering green hydrogen projects. But, until now, some investors have been wary of investing due to the previous fossil-fuel-friendly coalition government.

However, the future looks brighter for hydrogen in Australia now the new Labor government promises AUD $3 billion investment in the industry. “Together we can take advantage of the opportunity for Australia to be a renewable energy superpower”, said Prime Minister Anthony Albanese in his victory speech in May. Green hydrogen has a key role to play. 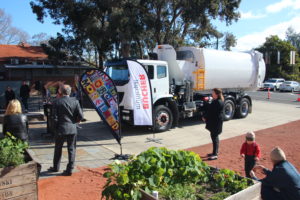 Green hydrogen is a zero-emission fuel. It is produced by using renewable energy to split water by electrolysis. However, there are many other types of hydrogen that each have a different emissions footprint. Hydrogen only emits water when burned – so its climate impact depends on the production method.

Hydrogen made from natural gas and coal is a climate-pollutant

Oil and gas companies are backing a future of blue hydrogen, even promoting it as a ‘clean’ fuel. However, there are many issues with this claim. Firstly, CSS is an expensive and largely unproven technology with low capture rates. Blue hydrogen also has a huge problem of methane leakage, known as ‘fugitive’ methane emissions, which are hugely climate-polluting. Rather than being a ‘clean’ fuel, research has found that blue hydrogen can have a significant carbon footprint, even worse than burning coal, oil or natural gas directly.

For these reasons, it is vital that investments are directed at green hydrogen alone. Only green hydrogen can help the world achieve net-zero emissions by 2050 while ensuring a more resilient and sustainable global energy system. 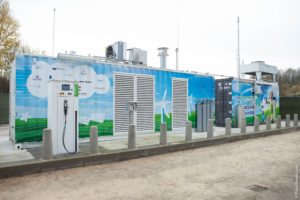 The benefits of hydrogen as a fuel

Hydrogen is an energy carrier rather than an energy source. It “can deliver or store a tremendous amount of energy”, according to hydrogen expert Sunita Satyapal. It is therefore emerging as one of the leading options for storing energy from renewables. Alternatives for energy storage include lithium-ion batteries, which power smartphones and electric cars. But, they are unable to compete with hydrogen in terms of scale. For example, a large hydrogen storage facility in Texas can hold around 1,000 times the amount of electricity as the world’s largest lithium-ion battery complex – which happens to be in South Australia.

Hydrogen-based fuels also offer the potential to transport renewable energy over long distances. This means regions with abundant resources, such as Australia, can supply clean energy to resource-poor areas thousands of kilometres away. What’s more, clean hydrogen “offers the only long-term, scalable, and cost-effective option for deep decarbonisation in sectors such as steel, maritime, aviation, and ammonia”, according to the Hydrogen Council, a global group of companies advancing the hydrogen transition. These qualities make green hydrogen an indispensable element for certain industries to achieve net-zero emissions.

The benefits of hydrogen fuel cells

A hydrogen fuel cell uses the chemical energy of hydrogen to produce electricity. It is a clean and efficient form of energy production: the only products are electricity, water, and heat. Fuel cells are unique in terms of their variety of use. They can power something as large as a utility power station to something as small as a laptop. Fuel cells are used to power fuel cell electric vehicles (FCEVs). FCEVs are particularly useful for powering heavy-duty vehicles, such as trucks, buses and boats, with zero polluting emissions.

Currently, Australia is known for its heavy fossil fuel use and exports, particularly to Japan, South Korea, India and China. But, a thriving green hydrogen industry in Australia could replace fossil fuels and help with the world’s “deep decarbonisation”, according to hydrogen researcher Steven Percy. Green hydrogen also opens doors to new trading partners. For example, the European Union has a 2030 target to import ten million tonnes of green hydrogen and is looking to Australia to provide it. If Australia builds a genuinely renewable green hydrogen industry, it can become a leading exporter powering the rest of the world.

To date, one of the barriers to the green hydrogen industry has been high costs. However, due to the falling production costs of renewable energy, as well as the ‘giant leap’ in electrolyser efficiency in Australia this year, green hydrogen could be price competitive as soon as 2025. Hysata, a company working with scientists at the University of Wollongong, said their patented electrolysis cells achieve 95 per cent efficiency. This is “the best in the world” according to the Chief Executive Office Paul Barrett. In the next few years, the company says it can produce hydrogen for under AUD $2 per kilogram. ​​”For hydrogen producers, this will significantly reduce both the capital and operational costs to produce green hydrogen”, Barret said.

The future for green hydrogen is looking promising. It can play a significant role in Australia’s clean energy future, providing jobs as well as secure, affordable energy. But, only green hydrogen produced with renewable energy will be better for the planet and economy. Already, Australia produces 32.5 per cent of its electricity from renewable sources – and has the potential to reach 100 per cent by 2030. Now, Australia must prioritise renewable deployment alongside introducing policies and regulations to allow its green hydrogen industry to thrive.