How Can We Prevent Gas Leakages in Australia?

Home » How Can We Prevent Gas Leakages in Australia?

Over the past decade, natural gas has become an increasingly significant energy source. This is largely because it provides an energy source with less carbon dioxide (CO2) emissions than coal or oil. But, the climate advantages of natural gas can easily be lost due to methane leakages.

Methane is the primary component of natural gas. It also has 86 times the global warming potential of CO2 over the first 20 years that it is in the atmosphere. This means that it traps 86 times as much infrared heat as an equivalent amount of CO2. Due to its potency, methane leakages can offset the environmental benefits of switching from coal and oil to natural gas if they pass a certain threshold.

What are gas leakages?

Gas leakages are emissions of methane and other hydrocarbons from the use of natural gas. They often leak from pipelines and can end up in the atmosphere. If they accumulate in an enclosed space, such as an unventilated kitchen, they can reach an explosive concentration. They are also hazardous as natural gas is highly flammable. Leaks can release greenhouse gases into the Earth’s atmosphere, contributing to global warming.

Where do leakages occur?

Methane leakages occur from the production, transportation and use of natural gas. In other words, the entire gas network from wells to stoves is likely to emit methane. Various studies have tried to estimate the extent of emissions from the natural gas supply chain. They tend to focus on the extraction and production of the fuel. This is because most emissions occur at this stage and the locations of likely leak sources are well known.

However, there are few contemporary studies into emissions from local natural gas distribution networks. One reason for this is because the distribution system is far larger and more complex than the rest of the supply chain. For example, in the US, there are “two million miles of pipes and millions of valves, fittings, tanks, compressors and other components” where gas leakages may occur. Identifying and measuring emissions is difficult logistically. As a result, overall natural gas emissions from extraction to consumption are still not conclusively established.

How much methane escapes from leakages?

Australia is the world’s largest exporter of natural gas. They are also seventh in the world for natural gas production. Accordingly, it is unsurprising that this ‘clean’ fossil fuel accounts for nearly one-fifth of the country’s greenhouse gas emissions. However, even this shocking figure may be an underestimation. For years, Australia has been failing to recognise the impact of methane emissions. Consequently, national emissions may be as much as 10 per cent higher than previous estimates.

It is difficult to ascertain exactly how much gas is leaking. For instance, in the US, the Environmental Protection Agency (EPA) reports an overall leakage rate of 1.4 per cent. In contrast, a study by the Environmental Defense Fund found that 3.7 per cent of natural gas produced in the Permian Basin leaked. That is a difference of more than 160 per cent.

If natural gas leakages exceed 2.7 per cent of the methane being produced, the environmental impact of gas becomes worse than that of coal. Research from 2011 found natural gas well sites leak between zero and five per cent of their methane. This challenges the fossil fuel industry’s claim that natural gas is a “cleaner” energy source. Other studies show that supply chain emissions can equate to 2.3 per cent of gross gas production. It appears that particular sites have much higher emissions than others. It is also evident that methods of measuring emissions vary greatly.

How can we prevent these gas leaks?

The first step towards preventing gas leaks is to accurately detect them. The gas industry and its regulators currently employ different methods to catch leaks. For example, the industry standard is to use a USD “$100,000 infrared camera to randomly scan a well pad’s welter of valves, tanks, separators, and compressors a few times a year”.

This method has many shortcomings. Weather conditions and the individual operator’s skill can influence how well the camera detects gas leakages. The technique only takes a single data snapshot rather than gathering information continually. Thirdly, it also fails to indicate the extent of a leak. For these reasons, there has been a historic under-recording of natural gas leaks, particularly from distribution systems.

A bottom-up approach to measuring emissions

Moreover, like the EPA, many government agencies take a bottom-up approach to measure emissions. This involves tallying up all the gas equipment in the country, making an estimate of the annual average emission rate for each category and then adding it up. It leads to errors because there are no accurate equipment records for many equipment categories. Furthermore, it does not take into account spikes in emissions due to faulty components. This makes it extremely challenging to create an accurate and reliable annual emission rate for each source.

A superior alternative is to use a variation of laser absorption spectroscopy. This combines a laser source, mirrors and detectors. They collectively measure the amount of light absorbed by a gas. It sends the data to software that converts it into a methane concentration number. An aircraft equipped with this technology identified and measured a methane leak at the Aliso Canyon natural gas storage facility in 2015. It was the largest methane leak in history. Moreover, the technique can also detect much smaller leaks emitting as low as 10 grams of methane per hour.

Employing aircraft, including planes, drones and satellites, to find and measure methane leakages appears to be replacing older, less accurate methods. The advantages of this are evident. For example, huge plumes of methane were leaking from the Yamal pipeline between Siberia and Europe. They were detected by European Space Agency satellites. One such leak was producing 93 tonnes of methane per hour. Its daily emissions were the same as the CO2 produced by 15,000 cars in a year.

What is the economic value of switching to technology less prone to leakages?

Methane leakages from natural gas cost the industry billions in lost revenue each year. The oil and gas sector was responsible for about 70 million tonnes of methane emissions in 2020. That equates to just over five per cent of global energy-related greenhouse gas emissions. It is also eating into corporate profit margins. In the US, fugitive emissions from oil and gas companies add up to almost 12 million tonnes annually. The value of leaking gas alone is worth USD $30 billion each year. 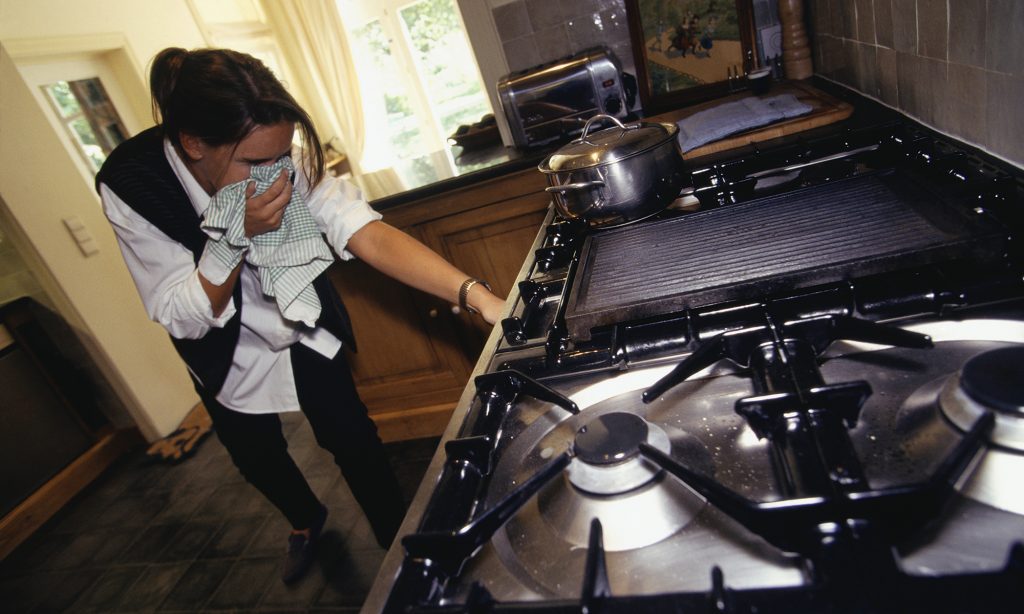 The economic value of reducing leakages

Consequently, the fossil fuel industry is spending huge amounts of money to try and reduce their leakages. Twelve of the largest companies, including BP PLC, Exxon Mobil Corp. and Royal Dutch Shell PLC, have set up an investment fund. This fund is worth more than USD $1 billion to help stem methane emissions. They claim to have reduced the methane intensity of natural gas production by nine per cent in 2018.

It is expected that with investment, detecting methane emissions could become a “significant economic engine”. The fugitive emissions from natural gas have been described as the industry’s “Achilles heel”. They are the principal reason why this fossil fuel is contributing to global warming to such an extent. They also cost the sector vast sums of money. Amending the problem of leakages is a top priority.

How would companies create wealth when they stop fracking and move to renewables?

When companies stop fracking for gas and instead move to renewables, they will still be able to create wealth. The energy needs of our society will not go away. We simply need to change the sources we use for our energy. It would make sense for companies that once used natural gas to generate electricity, for heating and as a fuel to instead invest in wind, solar and other renewables.

The global use of renewable energy sources increased by three per cent in 2020. Simultaneously, demand for all other fuels declined, according to the IEA. This was driven by growth in renewable electricity generation of almost seven per cent. Throughout 2020, global wind capacity doubled. Likewise, solar power increased by almost 50 per cent more than its growth before the COVID-19 pandemic. This reflects the burgeoning appetite for green energy from both the public and private sectors.

A transition to renewable energies is the only way to stop global warming. It is the most reliable way to prevent gas leakages from the natural gas industry. We cannot keep adding more greenhouse gases to the atmosphere. The alternatives are cheaply available, and they are the only way to avoid environmental disasters.