Gas Prices in Australia: Why Are Prices So High?

Home » Gas Prices in Australia: Why Are Prices So High?

Wholesale gas prices in Australia are way up from their 2021 level. For east coast markets, the average price for the second quarter of 2022 was AUD $28.40 per gigajoule (GJ), up 246 per cent year-on-year. This price broke the previous record, set in the September quarter of 2021, almost three times over.

South Australia and the gas gap

South Australia does not produce much gas, so it is mainly sourced from Victoria, Queensland and the Cooper Basin.

However, this is not the case for Western Australia. Gas bills remain cheap in this state. Western Australia produces more natural gas than any other state. It also exports the most. But, the state government forces the gas industry to provide 15 per cent of this gas to Western Australians. This industry makes a lot of money from gas exports. This allows them to provide cheap gas to locals. Yet, no such policy exists in the other states.

Why are natural gas prices so high in Australia?

The simple answer is gas exports. Australia is the world’s largest exporter of liquefied natural gas (LNG). As the gas industry sent more gas overseas, domestic prices increased significantly on the east coast as they matched international prices which soared. This is because there was less supply for Australian users. This theory is shared by both energy experts and businesses that use gas in Australia. The result is that Australian gas companies are reaping windfall profits off the back of the 2022 international energy crisis.

The cost of exports in the gas market

For a long time, gas was also a cheap fuel in eastern Australia. This natural gas was a by-product of local oil mining. In recent decades, Queensland, in particular, began to mine more natural gas from coal seams and export it. This is an expensive process. To meet the new overseas demand, the export industry continued to invest in these costly gas sources.

However, this industry was not globally competitive. Currently, the companies involved also supply the east coast of Australia with this same gas. But, these gas companies set the domestic price above the international prices. They do this to make money back on their investments in the export industry. 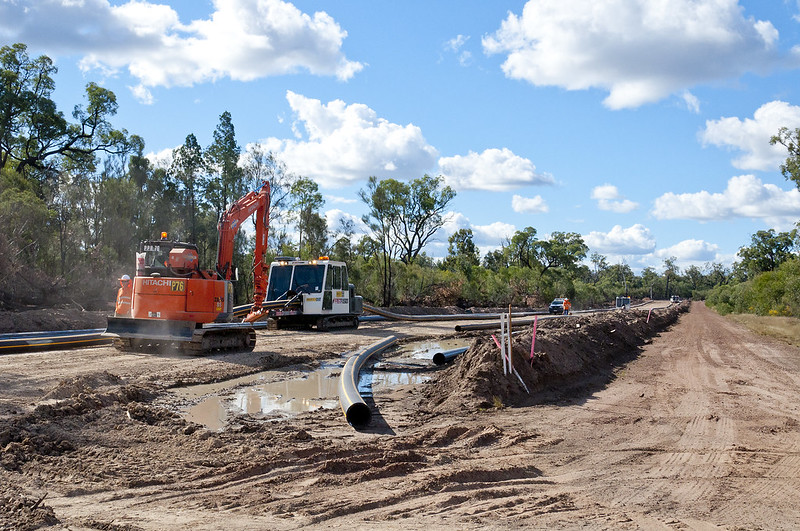 Besides the effect on prices, gas exports also have a climate cost. Natural gas mainly consists of the greenhouse gas methane. It warms the climate much more than carbon dioxide in the short term. Methane leaks all along the supply chain. These leakages occur more when the industry prepares natural gas for export and transports it.

Furthermore, exporting gas is wasteful. The gas industry burns nearly 10 per cent of gas when it liquefies it for export. In fact, the industry uses more than 80 per cent of Australia’s natural gas for exports or processing for export.

Which countries does Australia export gas to?

Australia’s three biggest LNG customers are China, Japan and South Korea. However, all three have a net-zero emissions target. Therefore, these countries are unlikely to continue to want high methane-emitting gas. So, their demand for Australian gas will decline.

Australian LNG producers already have more gas than needed. As of 2019, their supplies were above their export contract commitments. Therefore, any more investment in LNG infrastructure will likely lead to stranded assets. This is especially the case because renewable energy has become cheaper. So, it has replaced the need for more gas to generate electricity.

The future role of gas in Australia

High gas prices in Australia mean both households and industry have turned away from it. Australia’s use of gas fell by 21 per cent from 2014 to 2020. The decline of gas-powered generation has driven this. Renewables produced 24 per cent of electricity generation in 202o. On the other hand, gas produced just 20 per cent. That is because gas cannot supply electricity as cheaply as renewable energy.

The cost of batteries to store renewable energy has dropped quickly. There are now several large battery projects in Australia. Energy utility companies have announced plans to close coal-fired power stations. Rather than gas, they will replace them with renewable-energy storage batteries.

But, while Australia mobilises to clean up its energy, the government continues to support new gas projects for both domestic use and exports.

Wind farm near Ararat, Victoria. Renewables are cheaper and cleaner than gas.

Will a gas-led recovery reduce prices?

The government wants companies to find and produce more gas in Australia. It says gas companies could then provide cheap gas to Australians. The problem is eastern states do not have cheap gas left. For example, there is a planned coal seam gas development at Narrabri, NSW. The costs of the gas for users will be no lower than AUD $8 per GJ, according to analysts. Other developments will be expensive due to the transport costs. One example is the Northern Territory’s Beetaloo Basin shale gas fields. They are far from the main gas users in southern Australian states.

Instead of more gas, a better way to keep prices down in Australia is through regulation. The government could force companies to provide Australians with a reasonable price for the gas we already have. This is also the case in Western Australia. Unfortunately, until now, any efforts to do so on the east coast have failed.

In 2021, gas companies were importing more gas from other countries. Of course, Australia only needs to import gas because it exports so much. Ultimately, Australia needs to end its addiction to gas, which is expensive for consumers and devastating for the climate.