Home » Federal Court Rejects Santos Appeal, Putting Offshore Oil and Gas in Spotlight (Video)
Tiwi Islanders are celebrating the Federal Court’s decision. From now on, oil and gas giant Santos must consult them before drilling in their Sea Country off the coast. Find out more in this video.

In September, the Federal Court agreed with Dennis Tipakalippa, Tiwi Island Senior Lawman, that Santos had failed to consult First Nations peoples on the project, as required under legislation. Mr Tipakalippa argued that NOPSEMA, the federal offshore gas regulator, should not have approved Santos’ drilling permit due to this failure to consult the Munupi Clan. At the time, Santos agreed to halt drilling in the Timor Sea, but it pledged to appeal the decision. Now, the full bench of the Federal Court has upheld the landmark ruling that invalidated Santos’ drilling permit.

“We want the whole world to hear our voice. We want the whole world to see our power”, said Mr Tipakalippa. “We have fought to protect our sea country from the beginning to the end and we will never stop fighting. Our sea is like our mother – we are part of the sea and the sea is part of us. Santos and every other gas company must take note that this is our country and we must be consulted.”

“This decision shows that the spirits of our people are always with us…”, said Tiwi Mayor and Senior Elder Pirrawayingi. “Their spirit is stronger than anyone can comprehend. Because of our belief in that, we have always maintained a positive spiritual existence and a connection to the sea and everything within it.” 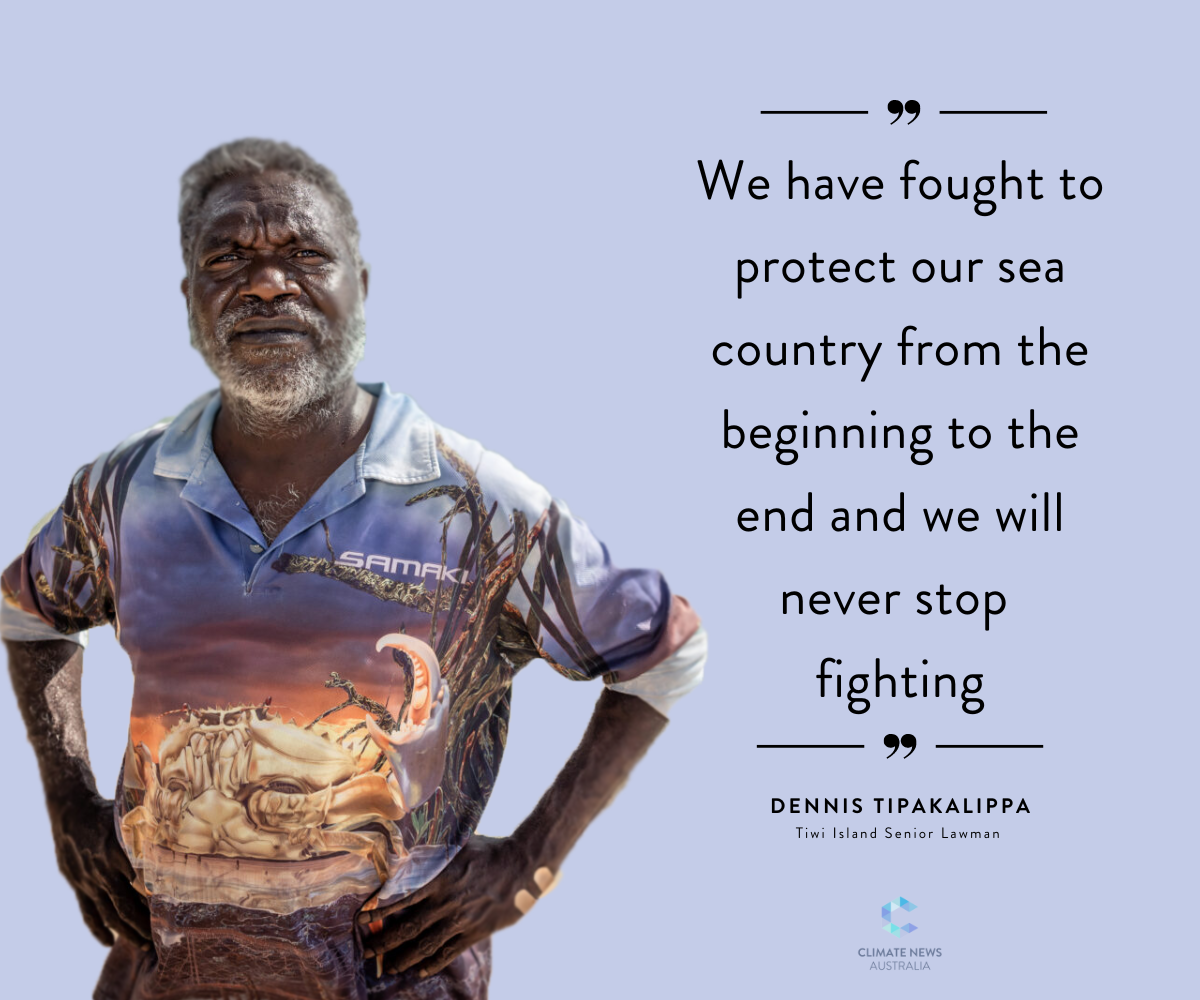 Battle against the Barossa gas project

Santos’ Barossa gas field is located in the pristine waters north of the Tiwi Islands. The AUD $4.7 billion project involves the construction of nearly 260 kilometres of pipeline, which connects offshore gas facilities to an existing pipeline that runs to Darwin.

Dennis Tipakalippa launched the lawsuit against the project in June. In August, the Federal Court travelled to the Pitjamirra beach homeland on Melville Island to take on-Country evidence from Traditional Owners. Some of this evidence came in the form of song and dance.

December’s historic decision saw the court reject Santos’ arguments that Tiwi Islanders do not require consultation about potential impacts on their sea country. “…We consider that Santos was required by reg 11A(1)(d) to consult Mr Tipakalippa and the Munupi clan because they had interests that may be affected by Santos’ proposed activities under the Drilling EP”, the judgement read. The court also ordered Santos to pay Mr Tipakalippa’s costs.

The court’s decision to reject Santos’ appeal will have significant implications for the Barossa gas project. Santos is now required to begin the approvals process again. However, this time it will need to properly consult the Tiwi Island Traditional Owners. They are likely to ask for time-consuming and expensive environmental mitigations, which Santos had previously ruled out.

“This is a historic victory – David has slayed Goliath”, said Alina Leikin, Environmental Defenders Office Special Counsel. “The court has confirmed unequivocally that Tiwi people have a direct and immediate interest in their sea country and that they must be consulted. These interests arise from traditional cultural connection with the sea.”

“It is a testament to the courage and determination of Tiwi people to protect their sea country”, she added. 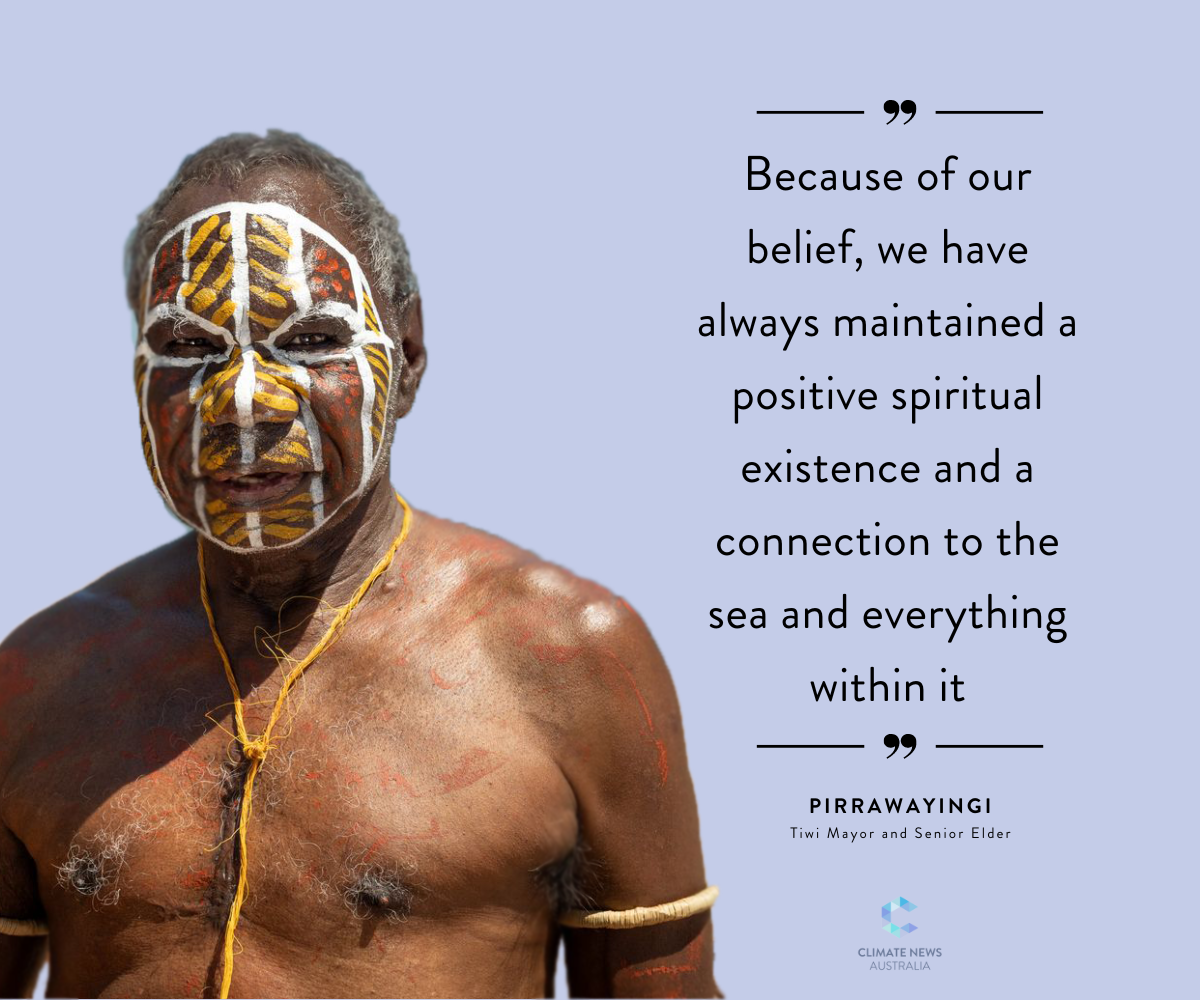 The court’s decision means that all offshore oil and gas developers must consult a wide range of groups when seeking regulatory approvals, reports Reuters. Such groups include those with cultural interests. This could slow projects, such as Woodside Energy’s controversial AUD $16.5 billion Scarborough-Pluto liquefied natural gas development.

Experts warn that Australia’s new fossil fuel developments risk blowing through the remaining carbon budget required to limit global temperature rise to 1.5°C and stave off the very worst of climate breakdown. Therefore, delays in such massively polluting offshore oil and gas projects could have global implications. The case also demonstrates the power of the law in upholding environmental and human rights.

“Today’s decision sends a message to all gas companies that they cannot sideline First Nations peoples”, Dr Kirsty Howey, Director at the Environment Centre Northern Territory said. “Gas companies are not above the law. This case was only ever about making sure Dennis and his clan had their say as the law requires.”