A recently published study in the Environmental Research Letters finds that the cost of climate change has been severely underestimated. The international team of researchers conclude that the economic damage of global warming may be six times higher by the end of this century than previously thought.

This is significant because governments use these estimates to calculate the costs and benefits of reducing their greenhouse gas emissions. These new findings could therefore motivate governments like Australia’s to commit to net zero targets sooner.

How are the economic costs of climate change calculated?

The social cost of carbon dioxide (SCCO2) is a crucial indicator of the level of urgency to combat climate change. It is an attempt to work out the costs of emitting one tonne of carbon dioxide (CO2). Countries like the US and Canada use it to underpin their climate regulations as it weighs the benefits of less global warming against the costs of cutting emissions. The SCCO2 is typically represented by US dollars per tonne of CO2.

Calculating the SCCO2 relies on various climatic and socioeconomic assumptions. However, many models reach lower SCCO2 figures due to a misguided focus on short-term damage. They assume that climate change will have no long-term effects on economic growth. In reality, climate events, such as wildfires, heatwaves, droughts, flooding and storms, impact health, savings and labour productivity. Therefore, they can have substantial long-term economic effects. 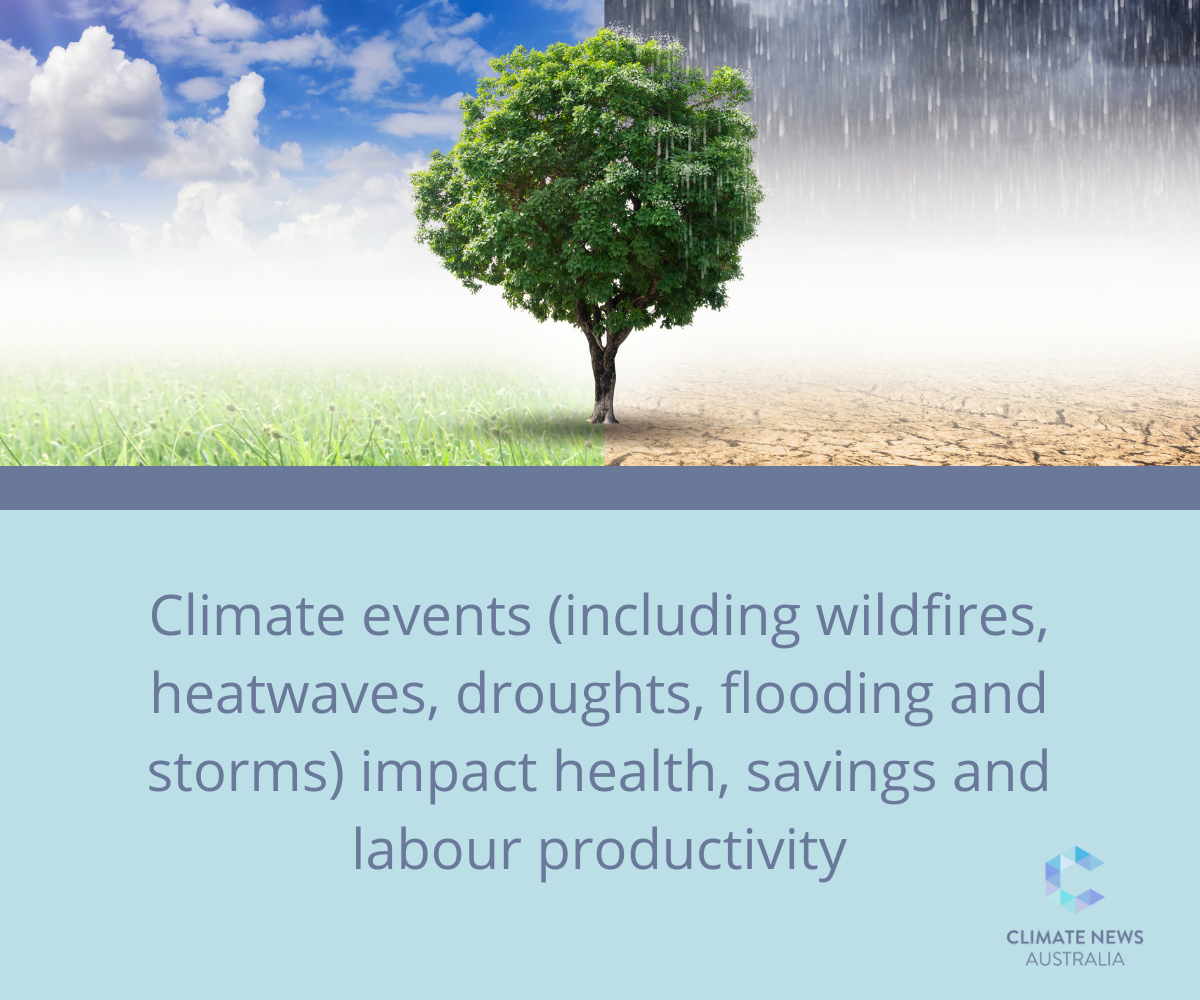 What is the study’s estimate for SCCO2?

As a result, amounts of SCCO2 used for policy-making often underestimate the impacts and future damages of CO2 emissions. Some policy recommendations put the value of SCCO2 as low as USD $51, while others reach USD $202. But, these figures are much lower than those of economists and climate scientists. More contemporary estimates by these experts reveal values of USD $171 and USD $310, respectively. 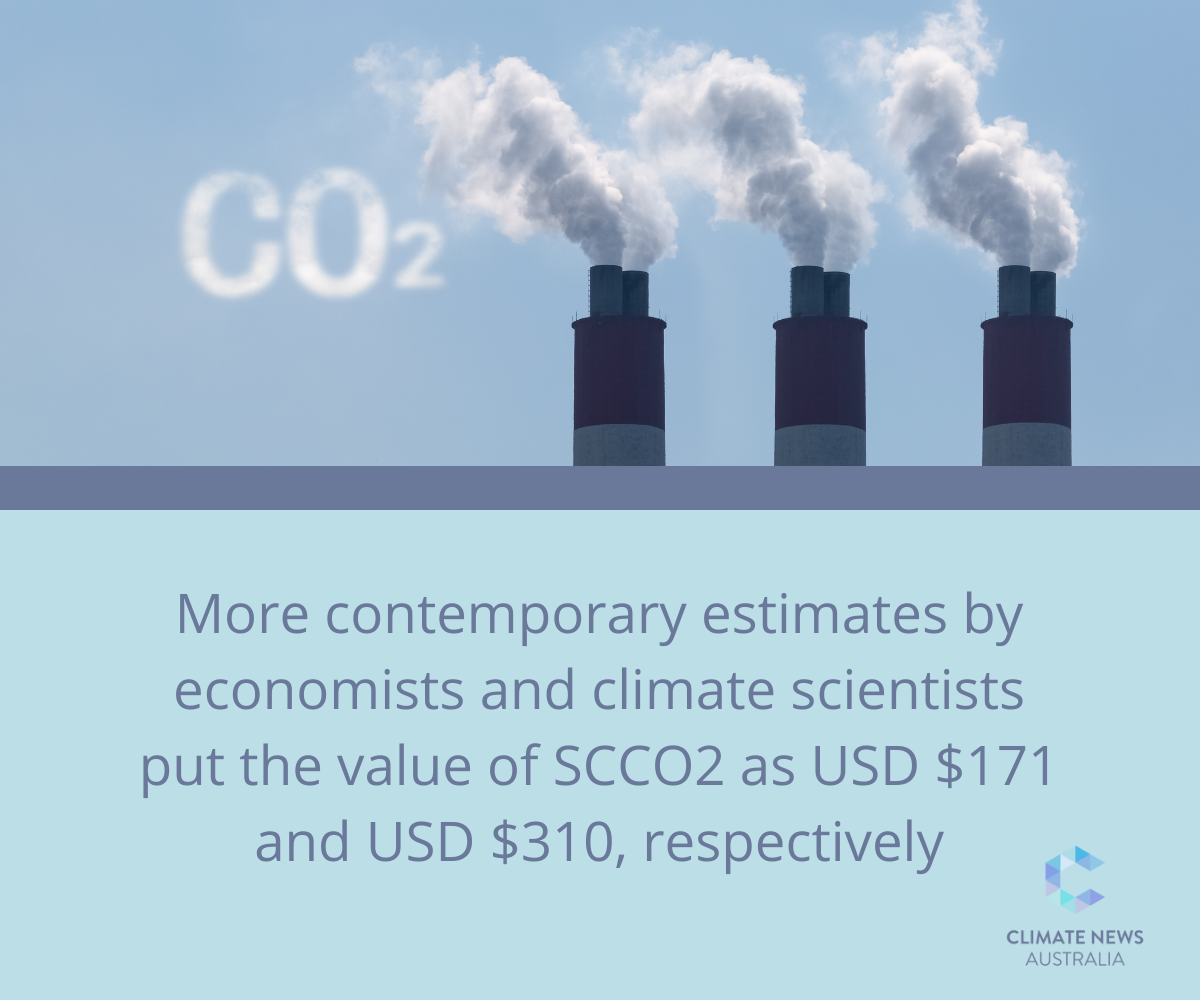 To reach a more accurate estimate of climate change’s effect on the economy, the researchers took a different approach. It involved updating a three-climate model used for setting carbon prices in national policy decisions. They then used this to compare the impacts of yearly climate variations and the speed of economic recovery following climate events.

The study’s findings on climate change and the economy

The findings from the research reveal that by 2100, climate change could reduce global GDP by 37 per cent. Even without lasting damages from climate change, global GDP would be around six per cent lower. But, these models are subject to considerable uncertainty regarding the extent to which climate change will hamper long-term growth and the adaptability of societies to respond to these damages. As such, it is possible that the economic costs of global warming could equate to 51 per cent of the world’s GDP. 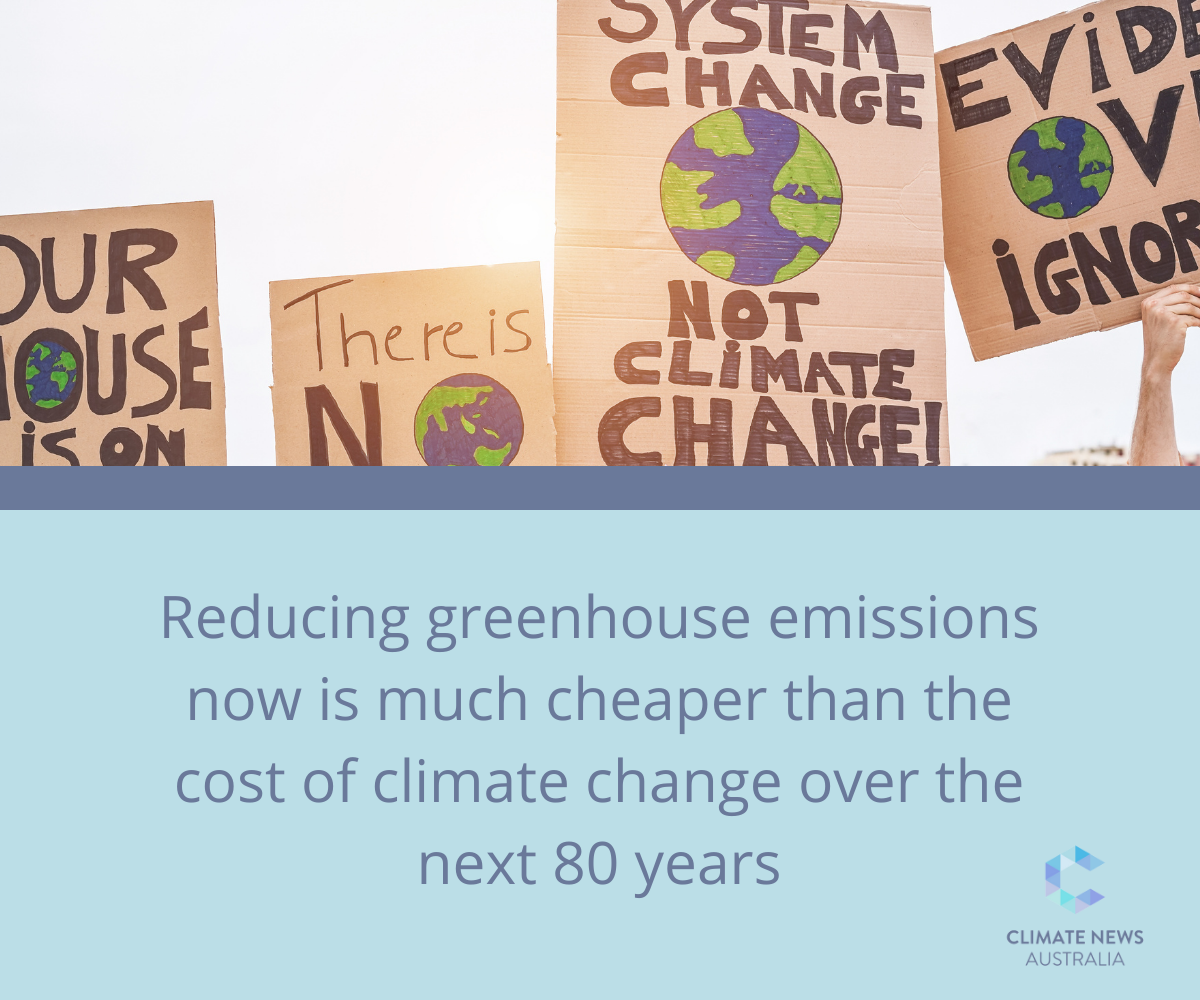 What do the findings show?

By including the long-term economic impacts of climate change, the study shows a more accurate cost of global warming. As co-author of the study Paul Waidelich points out, “it is cheaper to reduce greenhouse gas emissions than it is to deal with climate change impacts, and the economic damages from continued warming would greatly outweigh most costs that could be involved in preventing emissions now”. In other words, it makes economic sense to stop using fossil fuels and contributing to emissions now rather than pass these costs on to our children. 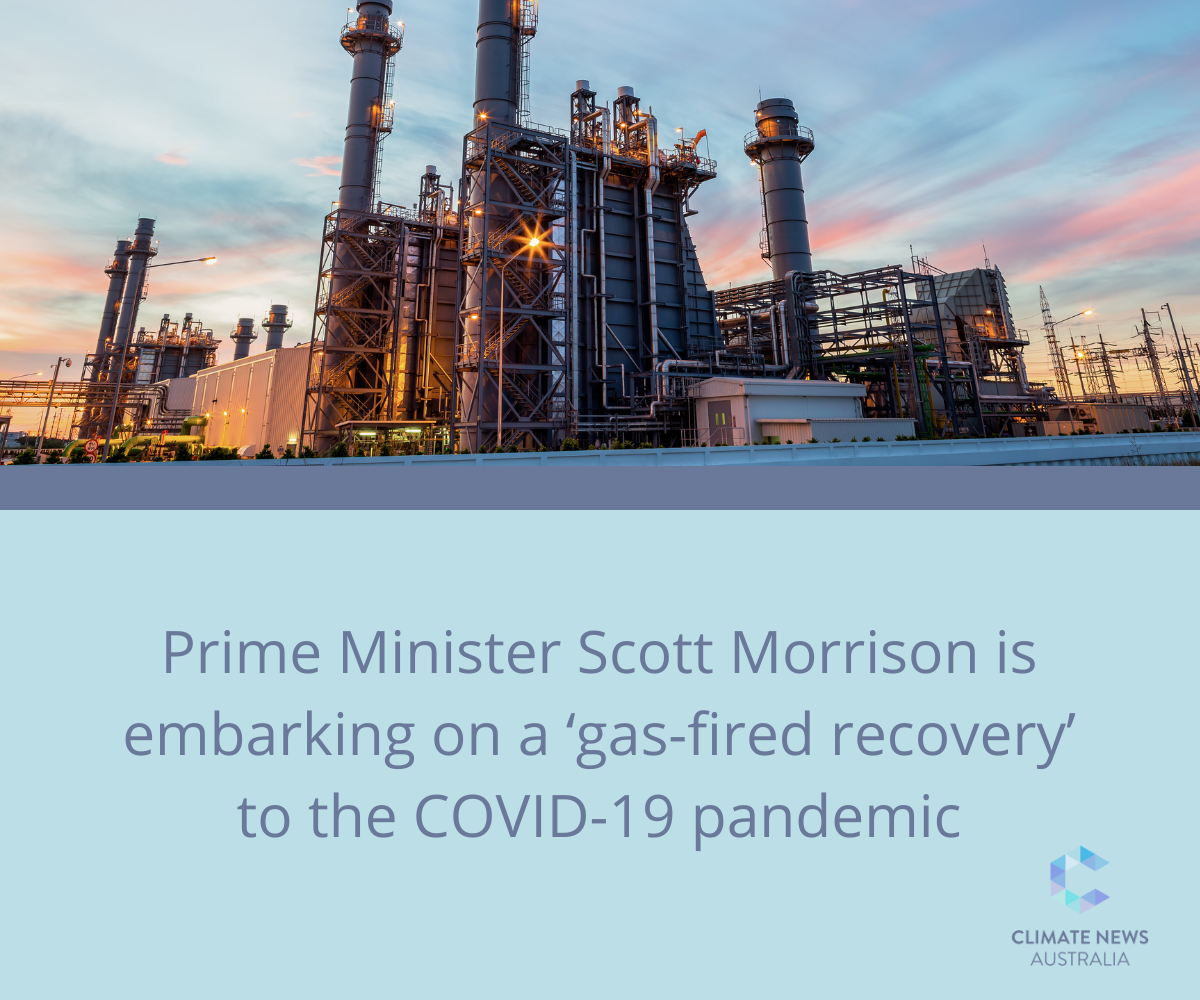 How does this affect Australia?

In Australia, the government is resistant to any updates to its climate change commitments. On the contrary, Prime Minister Scott Morrison is embarking on a ‘gas-fired recovery’ to the COVID-19 pandemic. This involves developing and expanding the natural gas industry. The aim is to strengthen the economy and Australian industry. But, as the study shows, increasing emissions will have disastrous consequences in the future.

The natural gas industry is already responsible for 19 per cent of Australia’s emissions. However, even this figure is likely to be a 10 per cent underestimation of the true value. Experts recommend that Australia cuts its emissions by at least 50 per cent by 2030 and reach net zero before 2050. If it does not, it will fail to fulfil its promise as a signatory of the Paris Climate Agreement.

Australia is currently ranked last by the UN out of 193 countries for its lack of climate efforts. This is likely to cost Australia far more in the long term than a commitment to net zero emissions. 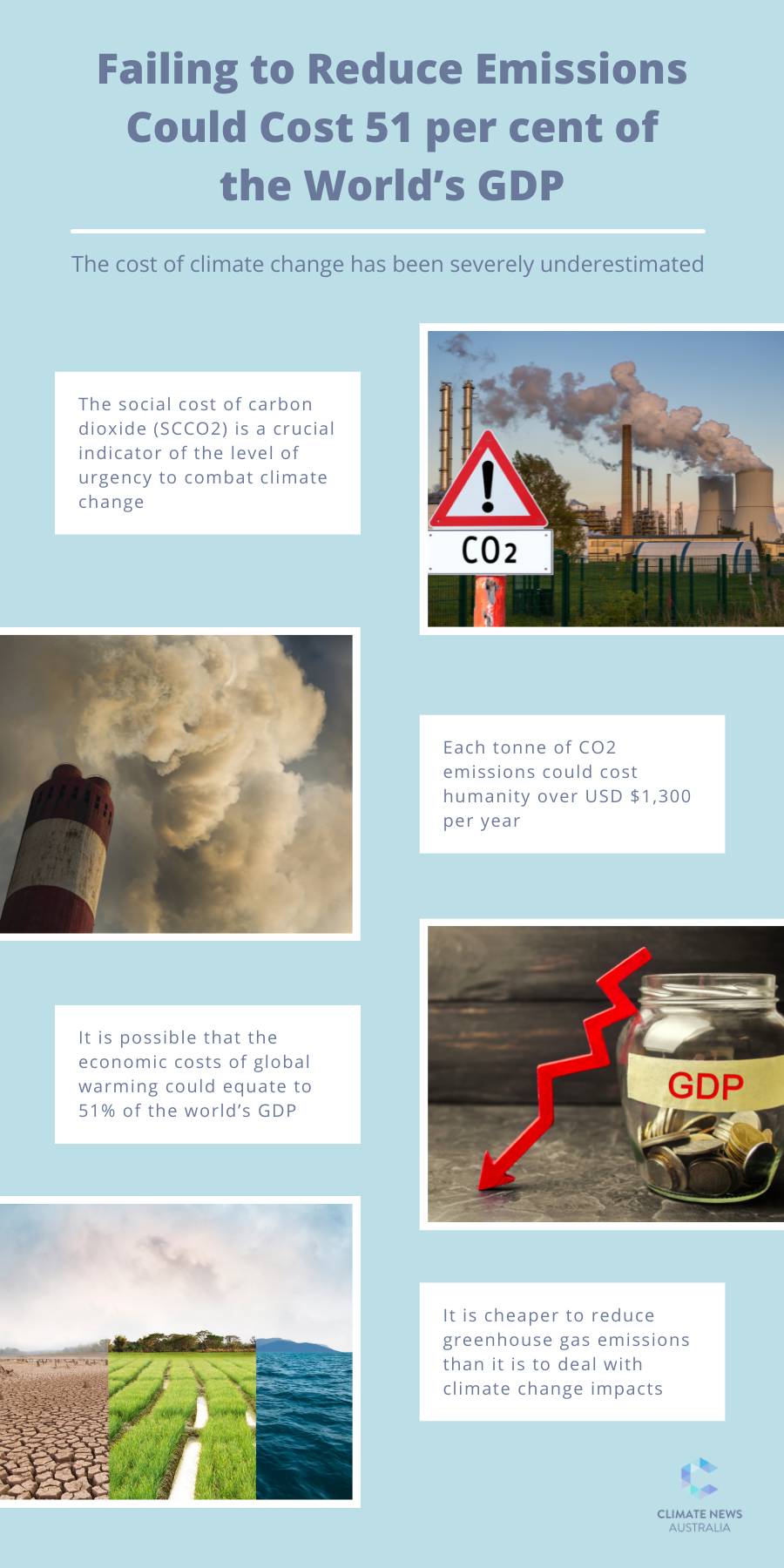