Home » Developing Countries Propose an Action Plan For COP26 (Video)
This video provides an overview of the five-point climate change plan ahead of the UN COP26 summit, drawn up by representatives from over 100 developing countries.

Representatives from over 100 developing countries have drawn up a five-point climate change plan ahead of the UN COP26 summit. It applies to all governments, but especially to rich nations that “became prosperous through the untrammelled burning of fossil fuels”. The plan draws upon irrefutable science that shows that the world still has an opportunity to limit global warming to 1.5°C.

Why have these countries put this plan together?

The developing countries want to ensure a successful conclusion of the COP26 summit by highlighting key issues and action points. Outlined in the report, ‘COP26: Delivering the Paris Agreement’, the plan is a response to a “worrying lack of urgency” on climate change from G20 countries. Published less than two months ahead of the COP26 meeting in November, it outlines developing countries’ mutual concerns and demands.

The financial burden that COVID-19 has exacted on vulnerable nations is a key motivating factor for the plan. Developing countries want to significantly reduce their emissions, despite the fact that they are dwarfed by those of the US, China, Europe and Australia. However, large-scale investments are necessary for a widespread transition to renewable energy sources. As such, vulnerable countries require financial support from their wealthier peers.

The expectation that developed countries, including Australia, financially support less endowed countries with efforts to decarbonise is nothing new. It was a principle outlined at the United Nations Framework Convention on Climate Change in 1992. In 2009, negotiators at the UN summit committed to raising USD $100 billion every year for developing countries by 2020. This promise was reiterated under the 2015 Paris Agreement, signed by 196 Parties worldwide. Although, these funds are yet to materialise, partly due to the global pandemic. 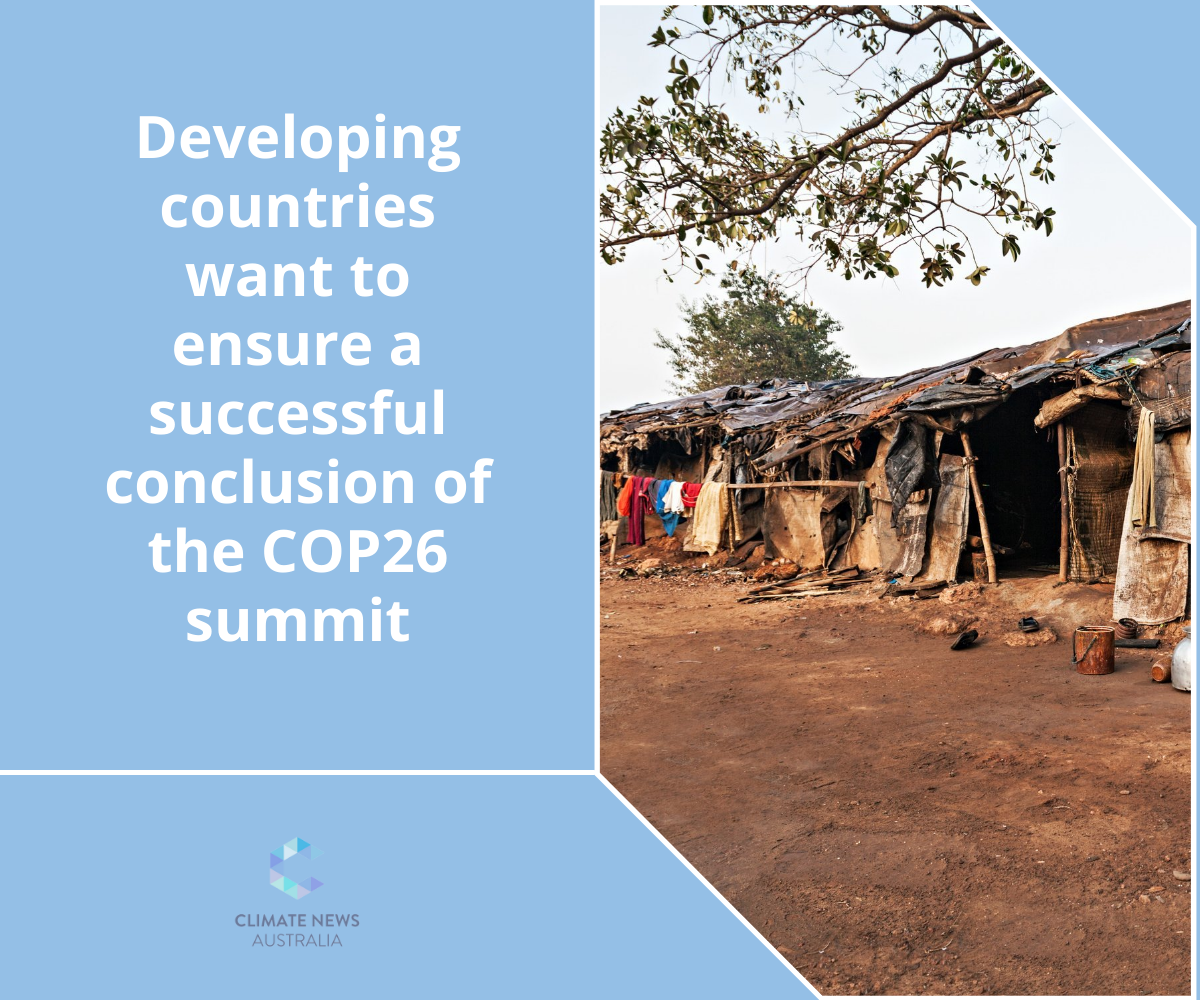 What is the five-point plan ahead of COP26?

The plan outlines five areas that all governments must deliver on before and after COP26. It is particularly pertinent for developed countries. These nations have caused and continue to emit the majority of emissions. Therefore, they can make the biggest impact. They also have the wealth and resources necessary to accelerate decarbonisation.

However, the developed countries of Western Europe, North America, Oceania and Japan have not reduced their aggregate emissions since their first promise in 1992. The window of opportunity to act is now closing fast. It has never been more scientifically imperative and technically feasible to enact these changes. If they actioned the goals of the Paris Agreement that the five-point plan draws upon, the wellbeing and prosperity of most nations and citizens would increase, according to the IEA. 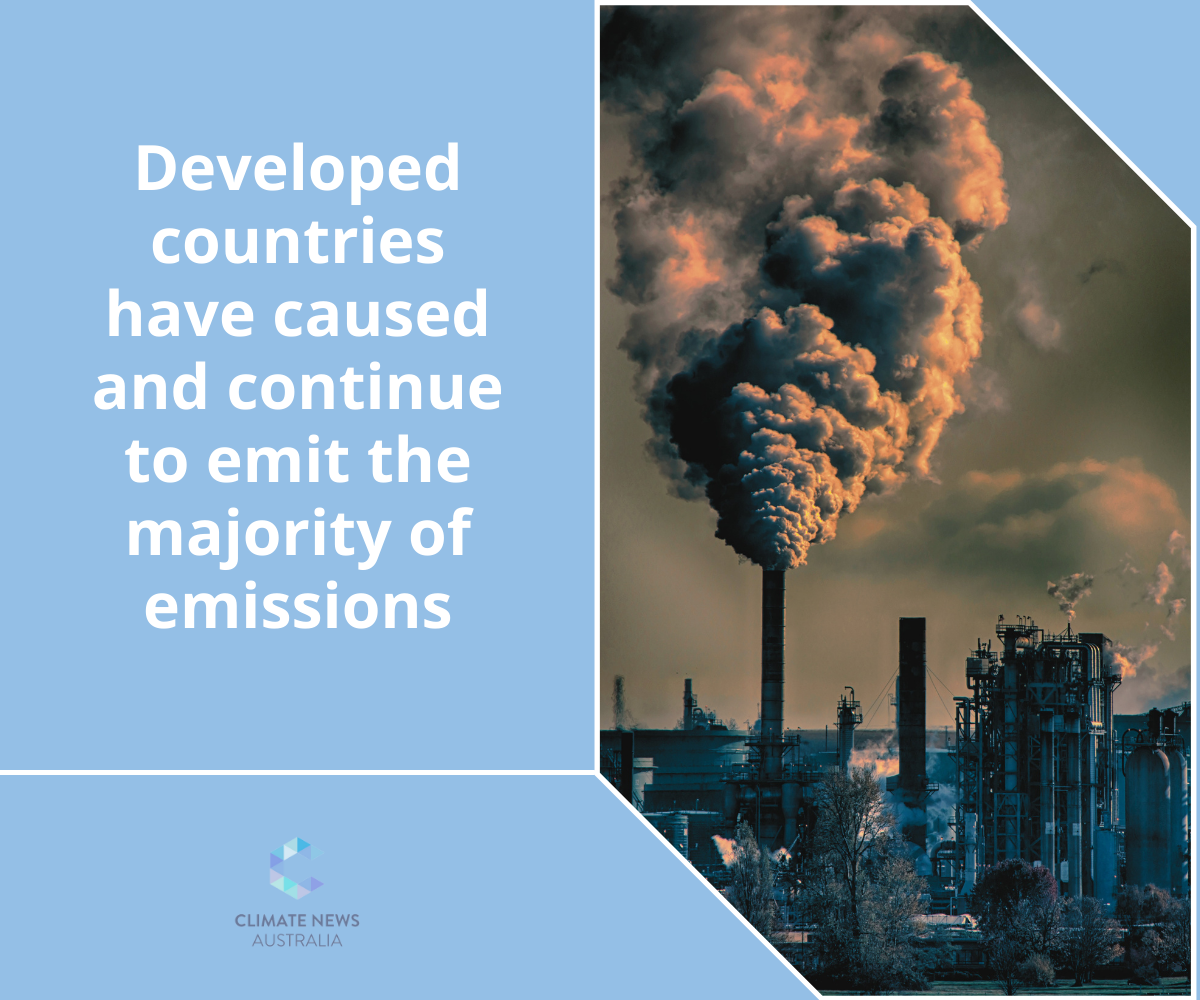 First and foremost is the need to reduce greenhouse gas emissions. This is critical to all climate change plans, as carbon dioxide (CO2), methane, nitrous oxide and chlorofluorocarbons are the principal drivers of global warming. The plan notes that climate policies from around the world are insufficient to limit global warming to 1.5°C. Wealthy countries, like Australia, which still lack a net zero emissions target, are under pressure to increase their emissions reductions.

The impact that climate change is having on our planet is increasing. Unprecedented, widespread and irreversible changes are occurring, leading to worse heatwaves, floods and rising sea levels. Consequently, the plan argues for greater provisions to help the most vulnerable adapt, particularly through greater financial support.

This point highlights the damage that the developed world has already caused with its historical emissions. For instance, atmospheric CO2 emissions are 50 per cent higher today than pre-Industrial Revolution. At 419 parts per million, they are now at their highest point in at least four million years. As a result, global surface temperatures have increased by ​​1.07°C. Yet, it is the world’s poorest people who are suffering the consequences. The report’s authors want responsibilities “to be acknowledged and promised measures delivered”.

Funds are necessary to accelerate the transition to renewable energy sources and help developing countries adapt to climate change. The promises to provide USD $100 billion per year by 2020 must be fulfilled. To ensure this happens, developing countries want a solid delivery plan and to see action outside the UN climate process.

The representatives from developing countries also want to see the implementation of climate commitments by developed nations. This requires finalising rules concerning “transparency, carbon trading and common timeframes for accelerating action”. The countries must enact these measures without compromising the development of poorer nations or the natural world.

Is the plan for COP26 fair?

The COP26 report draws upon figures and promises that developed countries have already agreed to. It references historical instances of rich countries acknowledging their responsibility and greater capacity to enact changes. Using fair shares accounting, it demonstrates that the targets recently set by wealthy countries are inadequate. In fact, many wealthy countries should “already have passed net zero emissions by 2030 and be absorbing more CO2 from the atmosphere than they emit”.

Fair shares accounting also allows combinations of national emissions cuts and financial contributions to reduce the emissions of developing countries. The report provides examples of the actions that various rich countries should take to adequately compensate for their responsibility in causing the climate crisis. For instance, Australia needs to reduce its greenhouse gas emissions by at least 65-80 per cent below 2005 levels by 2030. They should also provide AUD $3.2 billion per year. 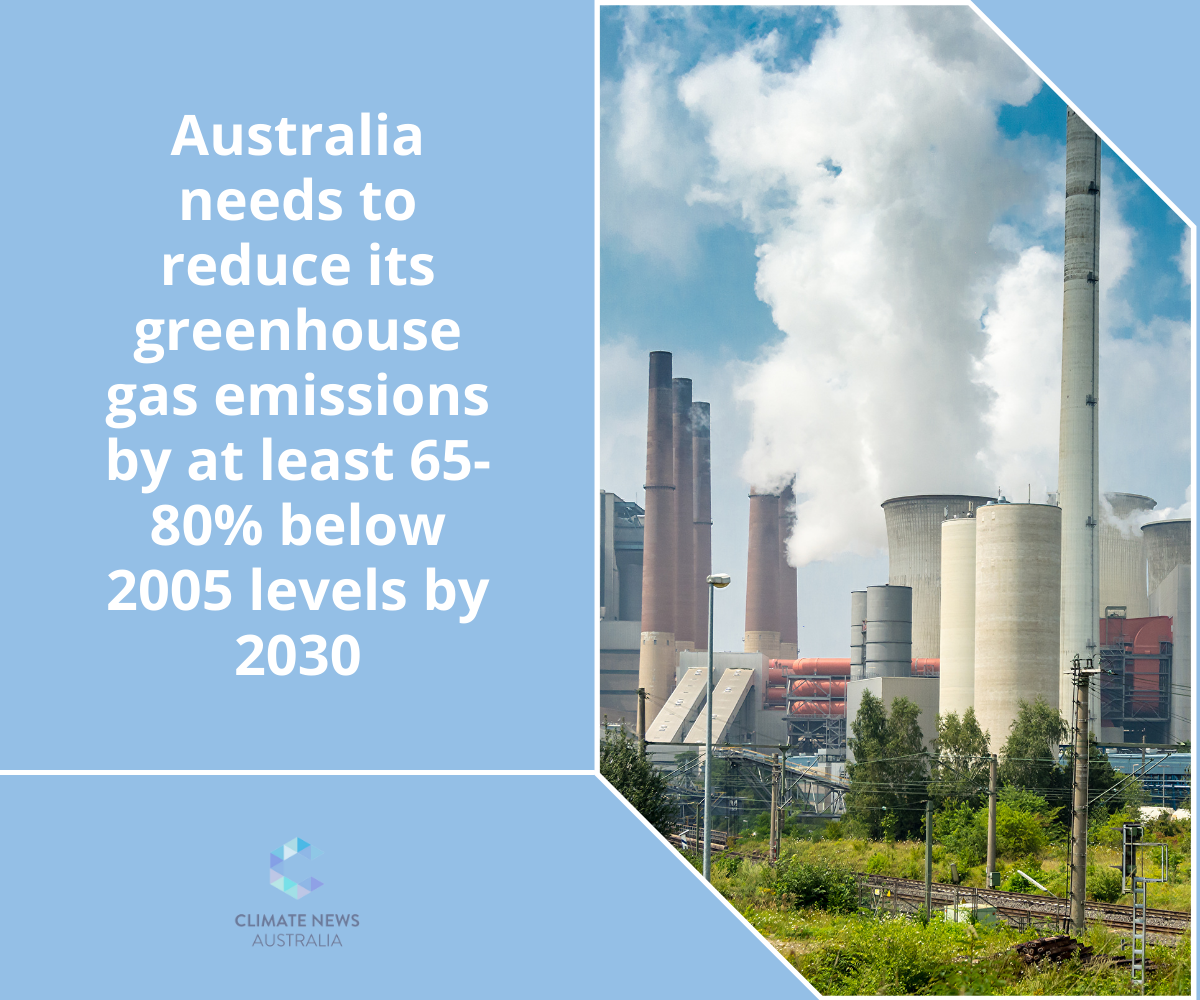 What does the plan mean for COP26?

COP26 is an opportunity to set the world on a sustainable recovery from the COVID-19 economic downturn. The five-point plan shows how developed countries can take account of their acknowledged responsibility for the climate emergency by implementing the Paris Agreement’s goals. It is a chance to effectively tackle climate change whilst addressing the various challenges that developing countries face, including climate impacts, debt and the global pandemic.

The five-point plan is simultaneously a reminder of developed countries’ responsibilities and promises. It is a guide to saving the planet and improving the quality of life for everyone. It only remains for the developed countries’ leaders to listen and take action at COP26. 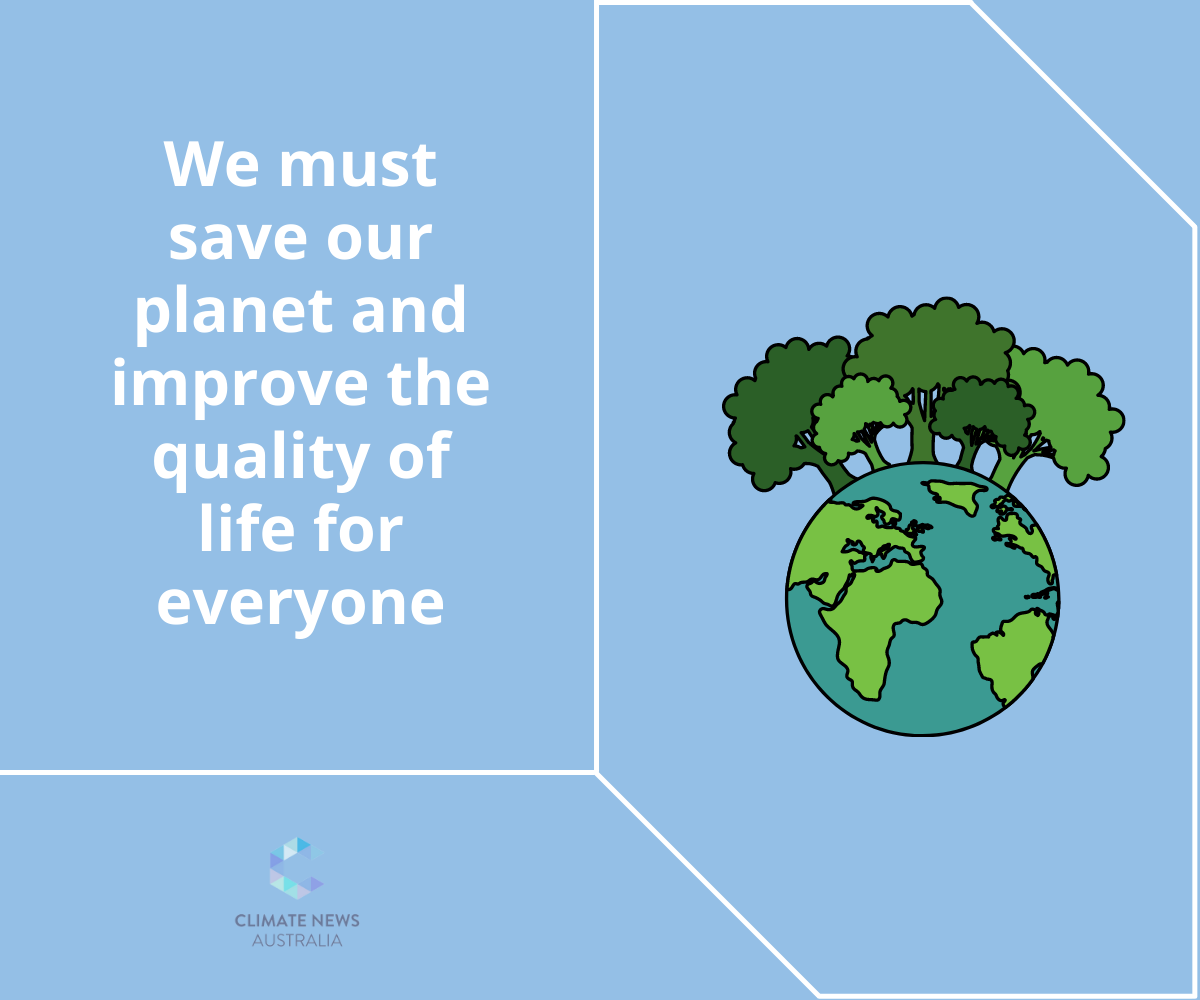