Home » Renewable Energy Jobs are the Answer to Australia’s Economic Recovery (Video)
While the government is pledging millions of dollars to drive a “gas-fired recovery” to the COVID-19 economic crisis, this video shows how renewable energy jobs could actually be the answer.

According to Australian Prime Minister Scott Morrison, “there is no credible energy transition plan for an economy like Australia that does not involve the greater use of gas”. Based on this, his government is pledging millions of dollars to drive a “gas-fired recovery” to the COVID-19 economic crisis. Therefore, they are ignoring the potential to create renewable energy jobs and transition the Australian economy to clean sources of power.

However, a recent report by EY-Parthenon and funded by the European Climate Foundation shows Morrison’s claim to be entirely unsubstantiated. Contrary to Morrison’s statement, A clean COVID-19 recovery finds that Australia’s investible pipeline of opportunities into renewable energy is significant. Indeed, it is possible to create jobs and provide an investment opportunity equal to the 2020 COVID-19 GDP loss. This questions the logic underpinning the entire gas-fired recovery.

What is the intention of the EY report?

The report intends to find an “investible pipeline of opportunities” in 47 countries across six continents. Nevertheless, it does not make predictions about upcoming renewable deployment. Instead, it maps real renewable energy projects with an anticipated financial close in the next two to three years. Overall, the report aims to support a green economic recovery through the development of renewable energy projects.

Throughout the 47 countries, EY-Parthenon finds 13,000 ‘shovel-ready’ renewable energy projects that can accelerate economic recovery. The majority of these opportunities are in onshore and offshore wind, solar PV and hydro technology. A significant increase in the capacity of these four technologies is clearly achievable worldwide. If achieved, it could amount to growth in energy capacity by about one terawatt (TW).

Collectively, these green initiatives would contribute to 22 per cent of the Paris Agreement’s Nationally determined contribution (NDC) emissions reduction targets. They also represent a total of USD $2 trillion in investment opportunities. There are subsequently strong economic and environmental reasons for supporting a green recovery. 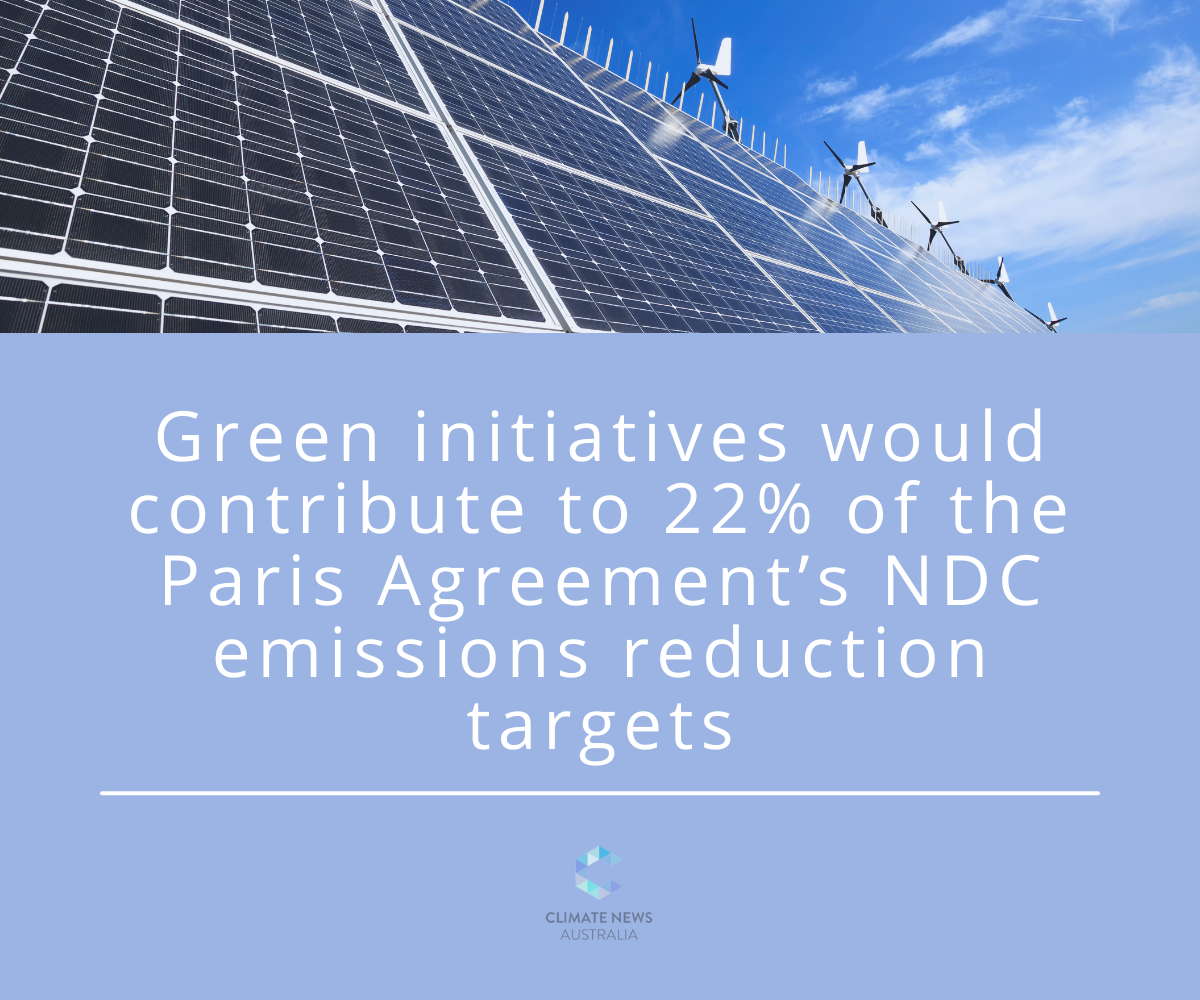 In addition, the 13,000 projects identified would create 10 million renewable energy jobs, both locally and in the supply chain. This demonstrates the effectiveness of a green recovery for boosting both employment and economic growth. Renewable energy is particularly effective for promoting employment opportunities outside of urban economic centres, according to the report.

Australia features prominently in the report as a key beneficiary of renewable energy investment. For example, EY ranks Australia third out of 100 countries for the attractiveness of its energy investment and deployment opportunities. This extremely high ranking on the EY Renewable Energy Country Attractiveness Index (RECAI) demonstrates its viability of a green recovery.

Moreover, the Australian renewable energy projects identified in the report present an investment opportunity in pipeline 100 per cent of the size of the COVID-19 GDP loss in 2020. In other words, deploying the shovel-ready renewable energy projects in Australia could inject sufficient money into the economy to recuperate the losses of the 2020 pandemic. Therefore, they could meet the key objective behind Australia’s gas-fired recovery without needing to expand the fossil fuel sector.

The Oceania continent ranks second out of the countries included for potential jobs per million population. EY estimates that Australia’s investible pipeline of renewable opportunities would create 391,000 local jobs and 244,000 jobs in the supply chain. That amounts to 635,000 jobs in total.

This is far greater than the jobs Morrison’s gas-fired recovery can hope to create, despite this being a key justification for the plan. For instance, as a key part of its execution, the government is spending up to AUD $600 million building a new gas-fired power station in Kurri Kurri in New South Wales. But this will provide just 600 jobs at the peak of its construction phase.

The gas-fired recovery is also unlikely to significantly reduce unemployment since the gas industry is a minor employer. It provides jobs for a mere 0.2 per cent of Australia’s workforce and is among the least labour-intensive industries in the country. Australia’s gas industry only employs about 0.4 people per million dollars of output. In comparison, health and education each provide more than 10 jobs for the same output. 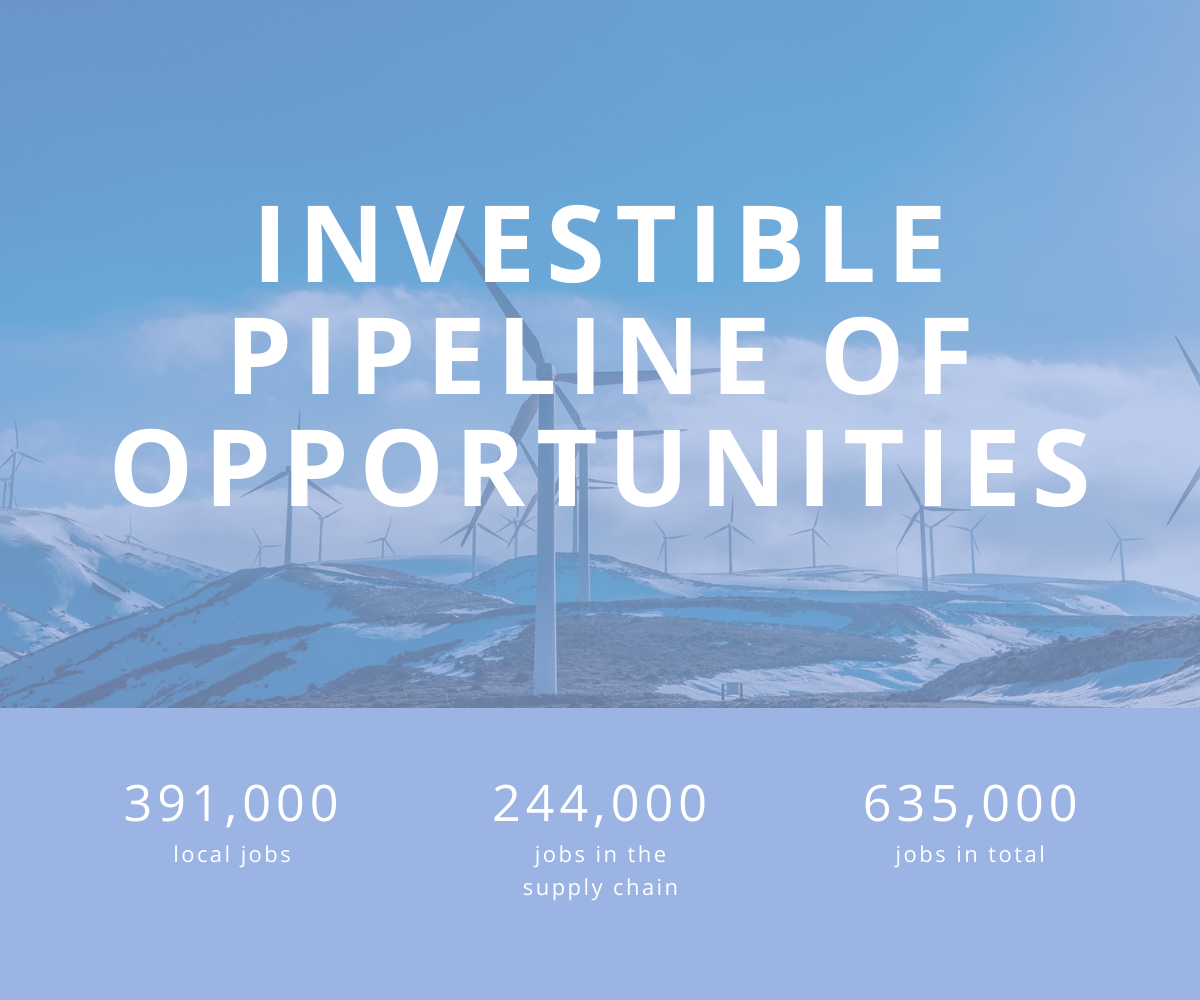 Furthermore, the benefits of a green recovery for Australia extend beyond investment and deployment opportunities and job prospects. In the report, Australia’s renewable projects rank fourth for their potential impact on 2030 NDC targets and the total emissions they can abate. The green investable opportunities in the report would cut 70 per cent of Australia’s annual emissions by 2030. They would also meet 100 per cent of the country’s 2030 NDC.

In contrast, the gas-led recovery risks increasing global warming to dangerous levels. The natural gas industry already releases vast quantities of methane. Any increase will help drive worldwide temperatures to well above 2°C since methane is 86 times more potent than CO2 over a 20 year period. The International Energy Agency, a typically conservative organisation, warns against any expansion of fossil fuels. Instead, as the EY report demonstrates, Australia would prosper greatly from transitioning its energy production to wind, solar and hydropower. 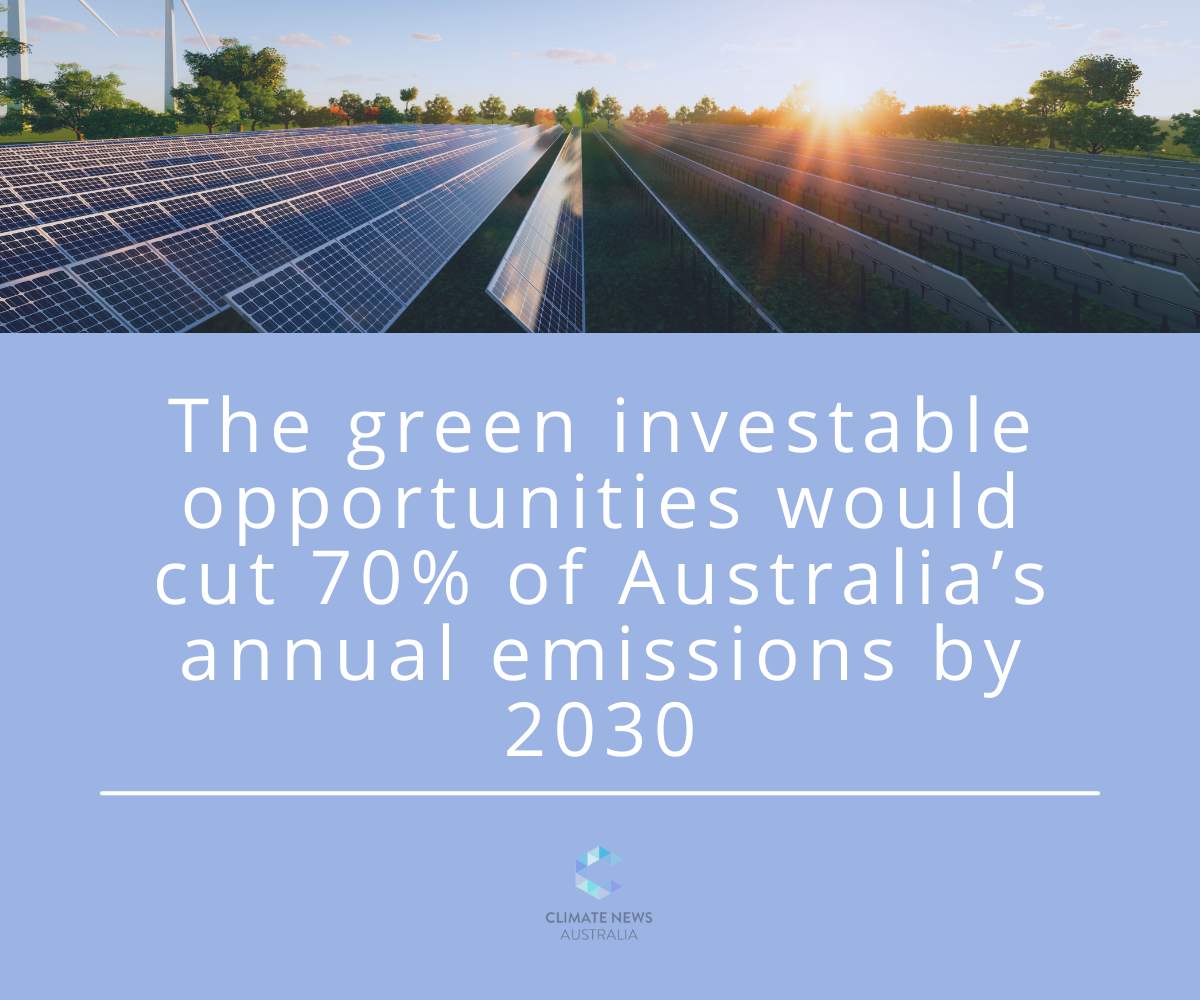