Electricity generated by burning Australian timber is no longer classified as renewable energy, Climate and Energy Minister Chris Bowen has announced in a statement. This change means that native forest biomass is no longer an “eligible renewable energy source” for the purposes of Australia’s Renewable Energy Target. The electricity it generates is also no longer compatible with tradeable large-scale generation certificates, the government has confirmed.

This decision revokes the Abbott government’s controversial move in 2015, which incentivised burning Australian forest timber alongside solar and wind energy to meet renewable targets. The opportunity to receive government clean energy subsidies through burning wood waste from logging was not often used, reports the Guardian Australia. However, conservation groups said that it could incentivise the continuation of felling native forests. They also expressed concern that some power plant owners planned to start using native forest timber to supplement coal-fired generation.

Labor had promised to consider the changes after a Senate committee recommended it in September. The decision takes into account “strong and longstanding community views” raised in the consultation process, which received over 2,900 submissions. One such submission came from Wilderness Australia, which claimed that counting native forest biomass as clean, green energy “fails even the most basic common sense test”. This is because any forest older than 30 years cannot recover from logging before 2050. Moreover, “generating energy from native forest biomass results in more GHG emissions per unit of energy than coal”, said the conservation organisation. The subsequent change to the Renewable Energy Target will help ensure public confidence that it delivers “genuinely renewable and sustainable forms of energy”, said Minister Bowen.

A ‘major win’ for forests and the climate

Greens’ forests spokesperson Janet Rice has long advocated against Australia’s classification of burning forest biomass as “renewable”. She described the reversal as “a major win for the climate, for native forests, and for clean energy”. Burning native forest biomass for energy is a “disaster for the environment”, she said. “Pretending it was renewable was ludicrous. The Greens fought hard to end this farce, and we’re glad that the government has worked with us and listened to the community who campaigned hard to end this absurdity.”

Suzanne Harter, a climate campaigner with the Australian Conservation Foundation, said the government should have never included wood burning as renewable energy. This is particularly as eastern Australia is a global deforestation hotspot, she said. Former Greens leader Christine Milne also welcomed the news. “This decision will buoy the conservation community by providing some hope that the government is starting to listen to the climate and biodiversity science”, she said. “This announcement is a first step towards forest conservation.”

In 2021, over 500 scientists wrote an open letter to world leaders, calling wood biomass a “false solution” to the climate crisis and devastating to biodiversity. Driven by government subsidies for renewable energy generation, businesses are replacing fossil fuels with wood, which can worsen global warming, stated the letter. Instead, efforts must shift towards truly clean renewables, such as solar and wind energy, said the scientists.

One well-known example is Drax’s biomass power plant in the UK. The operation is classed as renewable and receives hundreds of millions in public subsidies. Yet, it is the nation’s biggest carbon dioxide polluter and the third biggest in Europe. Moreover, investigations also claim that Drax logs some of the world’s most critical primary forests to ship and burn in its UK plant. However, because of wood biomass’s classification as renewable and carbon-neutral, the UK does not count greenhouse gas emissions from Drax’s plant towards its national total. 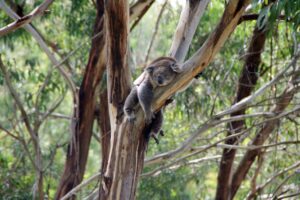 Bowen’s announcement is a “first step” towards forest conservation as it focuses only on removing Australian timber from the Renewable Energy Target. It does not otherwise regulate or restrict other native forest industries. However, scientists and campaigners have sounded the alarm on the far-reaching impacts of logging Australian forests. For example, a 2020 Mongabay article highlights that scientists have drawn a direct correlation between the logging industry and the devastating 2019-20 ‘black summer’ bushfires. This is because logging does not only directly deplete forest coverage, but it makes the remaining forests more vulnerable to catching fire. The recovery process for the country’s flora and fauna from that summer will take decades and maybe even centuries, according to experts.

Doctors for the Environment Australia member Dr Jennifer Conway has also campaigned to end native forest logging to protect critical life-supporting services. “When forests are degraded or lost, the essentials for life are compromised – our water resources, the air we breathe and the stability of our weather and climate”, said Dr Conway. “Only old-growth forests can remove carbon from the atmosphere at the scale and time required…Young forests take decades or centuries to absorb carbon but we don’t have time to wait that long, we need to reduce our emissions now.”

As a ‘deforestation hotspot‘ and with more mammal extinctions than any other continent in the world, Australia must take radical measures to protect its precious native forests. A 2021 WWF report found that almost half of eastern Australia’s original forested area is already lost. At COP27 in November, Australia joined the international Forests and Climate Leaders Partnership, pledging to halt and reverse forest loss and land degradation by 2030. To pivot from a deforestation hotspot to taking a leading role in forest restoration this decade entails that Australia’s solutions must now go much further than this latest announcement. 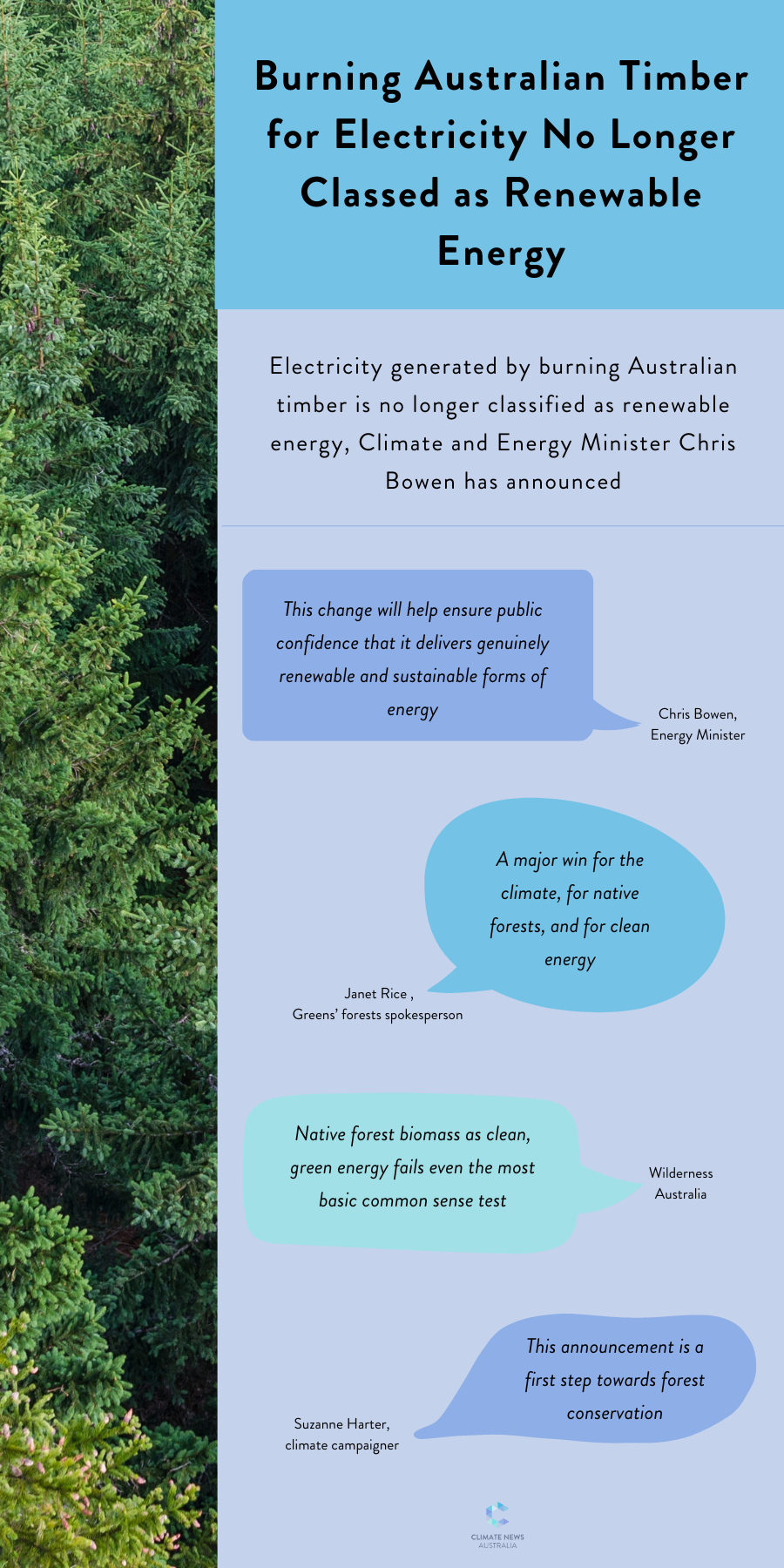